Here's Why This Woman's Mind-Bending Mirror Selfie Is Going Viral

Wait—how many legs are we looking at?!

It all started with a dress. A simple photo of a $70 dress worn by one Scottish mother to a wedding, that subsequently broke the Internet in February 2015 because no one could agree if it was blue and black or white and gold (spoiler alert: it was blue and black, though a subsequent study specifically on this viral optical illusion indicated that the reason people saw doggedly different color pairings was because the lighting was unclear, leading the brain to make assumptions in lie of the gaps in knowledge).

Since then, every time a photo surfaces that challenges the assumption that human beings collectively perceive reality in the same exact same way, it automatically goes viral.ae0fcc31ae342fd3a1346ebb1f342fcb

Case in point: This weekend, Marisol Villanueva from Granada, Spain posted a mirror selfie in which she was wearing slacks and a bulky sweatshirt on Twitter, with the caption, "Yea i just combined vertical and horizontal stripes." As of now, the photo has 7,000 retweets, and there are even more social media users than that discussing it. Why?

Some people who saw the photo immediately saw a woman wearing black pants with a vertical beige stripe down the middle. However, tons of people initially thought the stripe was a gap in between her two insanely skinny legs. Villaneuva was quick to dispel that idea herself, posting the photoshopped picture below with the caption, "no i don't look like this." 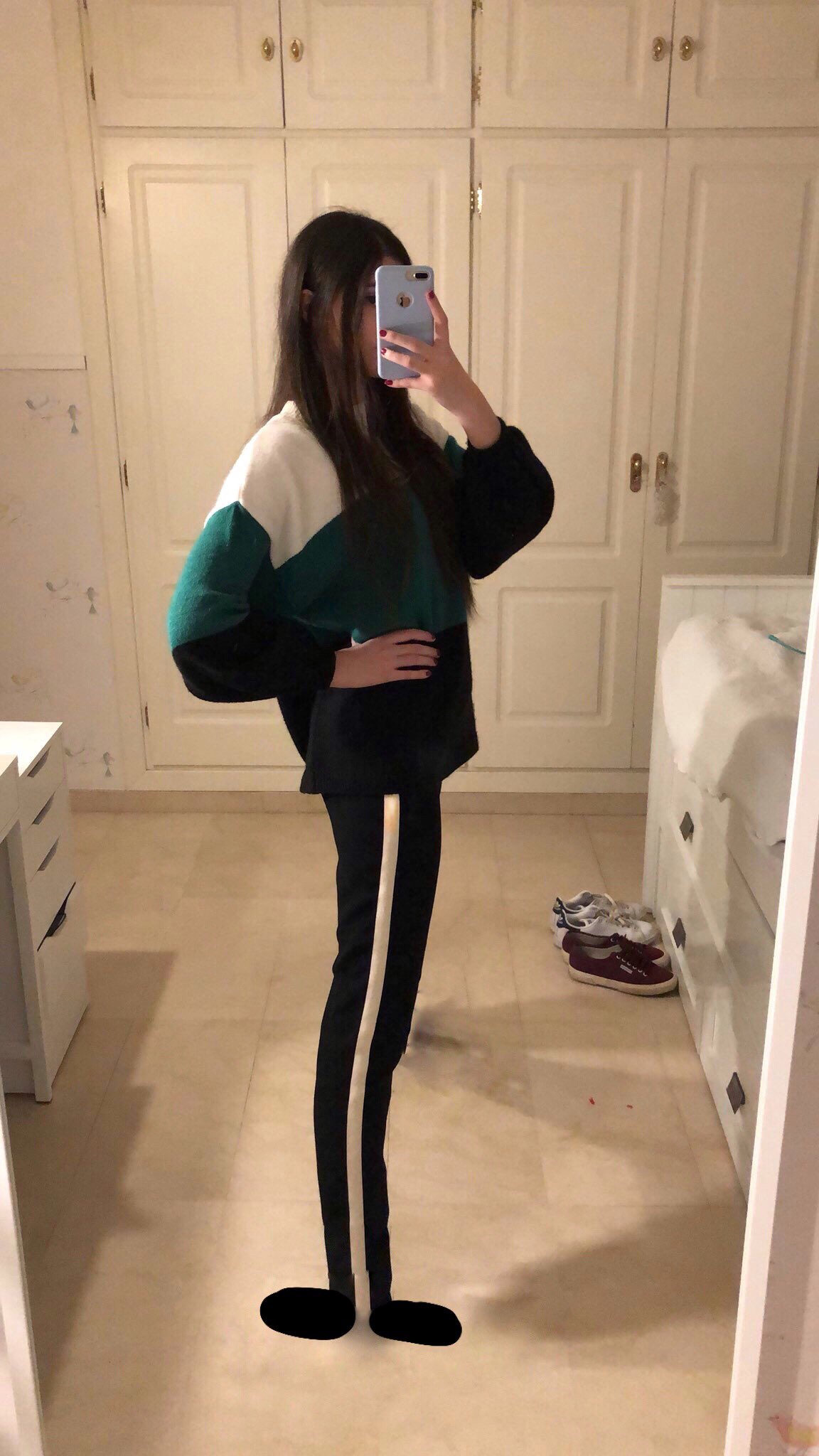 But like other optical illusions, it can be frustrating to force your brain to see something a certain way if you don't immediately, but once you see it, you can never unsee it again. And for more ways to blow your mind, don't miss the 30 Craziest Predictions About the Future Experts Say Are Going to Happen.