The Duke and Duchess have royally good manners.

When Prince Harry and Meghan Markle got engaged last year, I got so caught up in royal wedding fever I sent the couple a card congratulating them on their impending nuptials. I was pretty much shocked when, about a month later, I received a thank-you card with a photo of the newly engaged couple which read, in part, that "it was really most thoughtful of you" to write and the gesture was "greatly appreciated."

After that unexpected surprise, it seemed only fitting to write to Catherine, Duchess of Cambridge and Prince William, congratulating the royal couple on the birth of Prince Louis. I fired off a card the day after the baby's birth on April 23rd.ae0fcc31ae342fd3a1346ebb1f342fcb

It's been nearly six month since Louis was born. Given Kate and William's flawless manners (and the Palace's expert PR operation), I thought it a tad odd that I didn't receive a thank you as I had from the other half of the Fab Four.

Then came a letter with the familiar "Kensington Palace" insignia on a white envelope in today's mail.

In it, was a card with an adorable photograph of Prince Louis on the front, with this message on the back:

"The Duke and Duchess of Cambridge were very touched you took the trouble to write as you did on the birth of their son, Prince Louis. Their Royal Highnesses are most grateful for the wonderful messages they have received and send you their warmest thanks and best wishes." 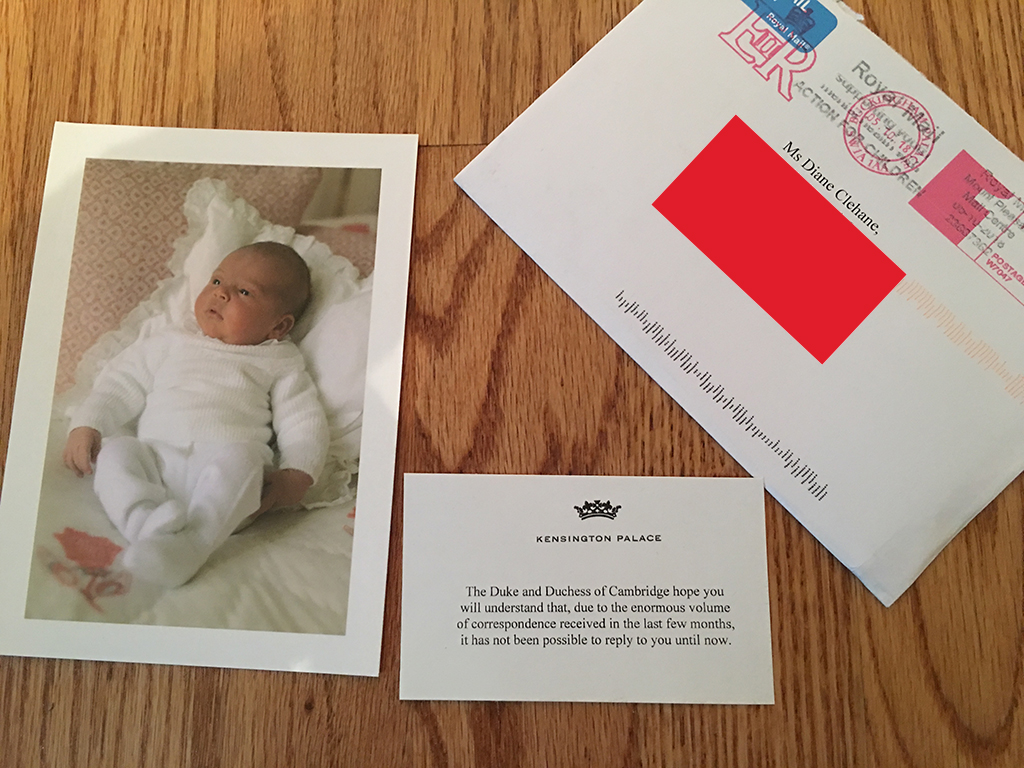 Also enclosed was a small slip of paper with this message: "The Duke and Duchess of Cambridge hope you will understand that, due to the enormous volume of correspondence received in the last few months, it has not been possible to reply to you until now."

All is forgiven, William and Kate.

For more on the royal family, read up on Princess Diana's Surprising Downton Abbey Connection.