Everything you need to know about his infidelity.

We all know that both sexes are capable of hurting each other, but, when it comes to cheating, it looks like men are still the ones who are more likely to stray. According to data from the recent General Social Survey (GSS), 20% of men and 13% of women reported that they've had sex with someone other than their spouse while married, and while women seem to be most likely to cheat in their early 20s, a man's infidelity risk actually increases with age.

It's also well-known that men are women cheat for different reasons. While men are more likely to be motivated by physical urges, women are more often driven to cheat for emotional reasons, such as feeling neglected by their spouse.

Still, given that times have changed so much since the 1990s, when infidelity was reportedly at its peak, you'd think we'd have achieved some more gender parity when it comes to infidelity. So why is it then men are still the ones that often seem to graze on greener pastures? While love is complicated and no two situations are exactly the same, here are some popular (and, sometimes, surprising) theories on what's at the root of male infidelity. And for more great relationship red flags, here are the 6 Signs You're Dating a Mama's Boy.

They Have a Certain Personality Type 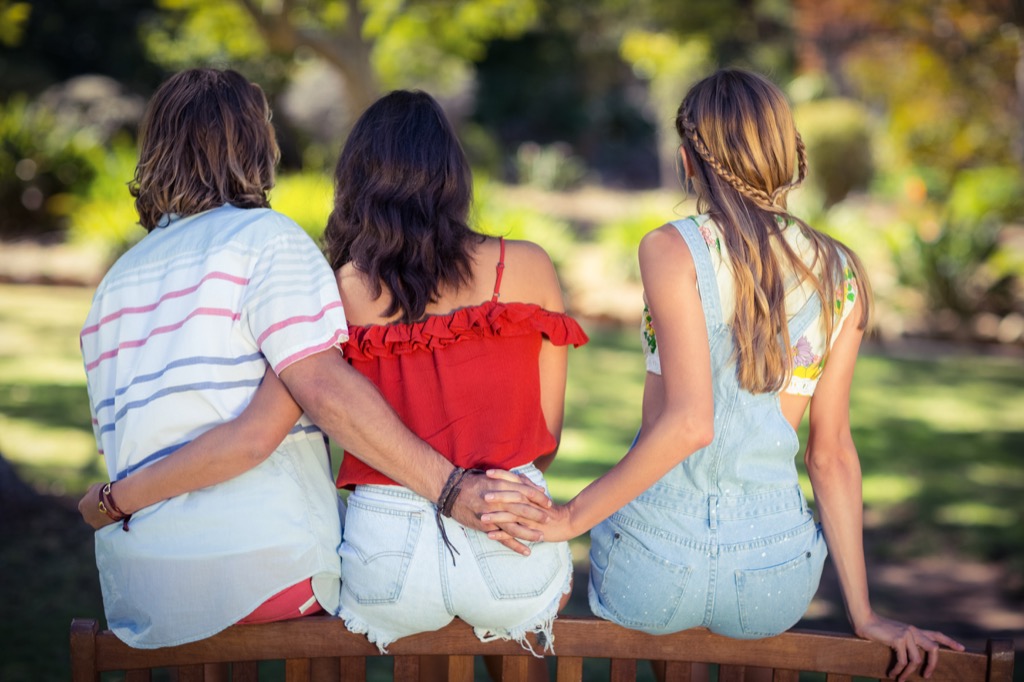 You've probably known men who seem to be more like the "cheating type" than others, and there's a reason for that. In her groundbreaking book, Why Him? Why Her?, anthropologist Helen Fisher outlined four basic personality types.

An Explorer is driven by dopamine, and is therefore drawn to adventure, excitement, and novelty. Builders are driven by serotonin, so they tend to be more cautious and self-controlled, as they value rules and stability above all else. Directors are driven by testosterone, making them honest, confident, assertive, and analytical. Negotiators are driven by pre-natal estrogen, which means they tend to be trusting, nurturing, and empathetic. Explorers are the most likely to cheat because they get bored quite easily. It doesn't help that they tend to be charismatic, smart, and talented, making it all the easier to stray. And if you fear he's beginning to stray, maybe slip him a copy of How Smart Men Stop an Affair in its Tracks. 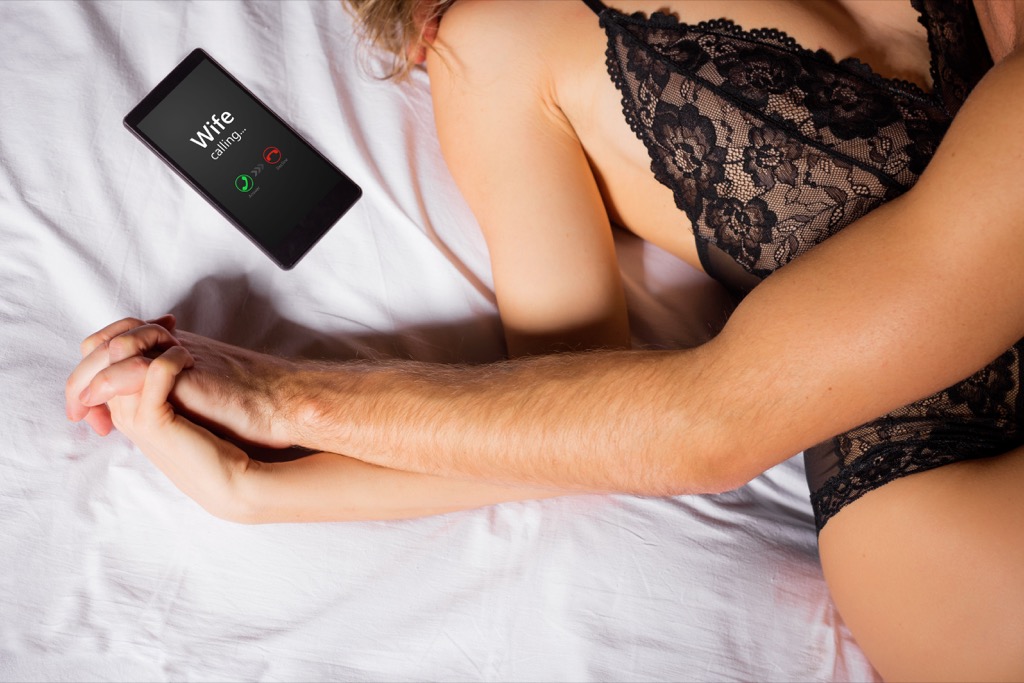 Dopamine isn't the only hormone that biologically makes someone more prone to cheating. A 2014 study found that 62% of instances of infidelity in men had to do with genetics. Specifically, people who cheated were found to have mutations in vasopressin, a powerful hormone that effects social behavior such as trust, empathy and sexual bonding in humans and other animals. And for more advice on infidelity, here are the 20 Social Media Habits That Are Technically Cheating.

3
His Wires Are Crossed

In a TED talk, anthropologist Helen Fisher once explained why it's possible for a man to cheat on someone he actually loves. Fisher explained that there are three brain systems related to love: the sex drive, which urges us to pass our genes onto another person; romantic love, which helps us choose someone to mate with; and attachment, which encourages us to form a bond with whoever sired or bore our flesh and blood.

Because those three brain systems are separate, it's possible to feel attachment love for one person, romantic love for another person, and lust for yet another all at the same time. If that sounds like a biological bummer, you're absolutely right. "It's as if there's a committee meeting going on inside your head as you try to decide what to do," Fisher said. "I don't think honestly that we're an animal that was built to be happy — we're an animal that was built to reproduce. I think the happiness we find, we make."

4
He Needs an Ego Boost 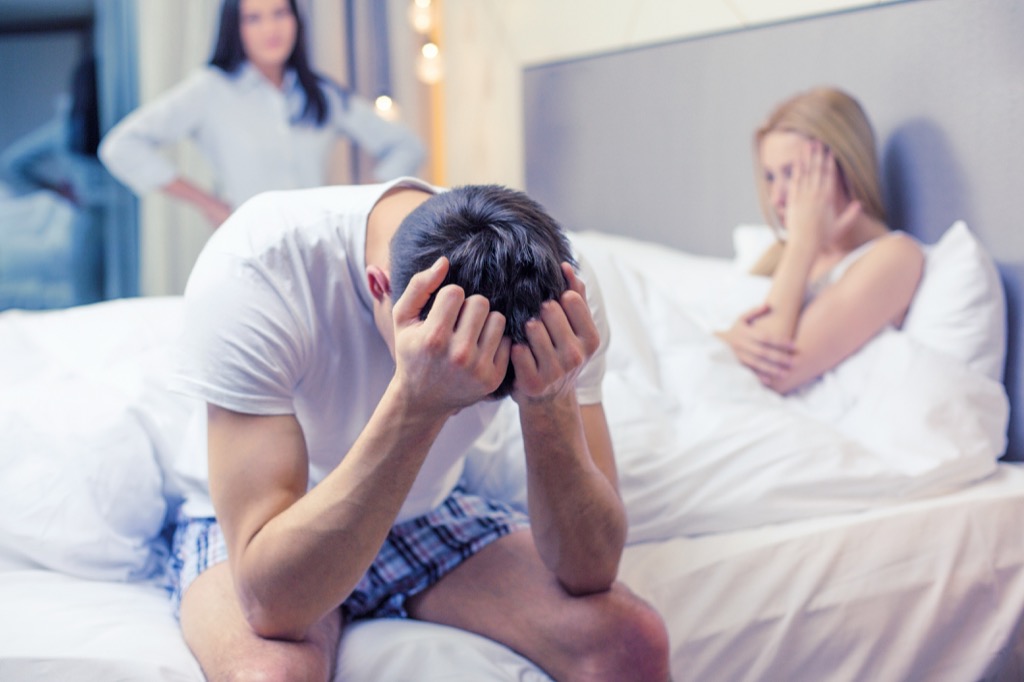 People who have low self-esteem are known to be at a greater risk for cheating because they crave reinforcement and getting it from one person isn't enough. People like that are less likely to leave a relationship in which they don't feel good about themselves, because they fear being alone, and are therefore more likely to use cheating as a coping mechanism for their own insecurities.

"If the partner gets to a place in the relationship whereby they are unable to fulfill that void any longer, the cheating individual continues to stay in the relationship (because they fear being alone) but gets the validation that is now missing from an extra-marital affair," Kelly Armatage, a cognitive behavioral therapist, relationship coach and speaker, told Fox News. And for more about your psychology, here are the 15 Ways Your Siblings Shape Who You Are.

We've all heard this one. According to evolutionary scientists, sex is basically a response to the body's primal urge to reproduce. And since men are the ones carrying all the seeds, it makes sense that they feel the urge to fertilize as widely as humanly possible.

Women, on the other hand, are programmed to hold onto their lover/prospective father of their children so that he can protect her and her kin from wild animals and bring home the bacon. Evolutionary science is not particularly hot right now—not least of all for making wide generalizations about men and women based on how we behaved tens of thousands of years ago (I mean, surely we've evolved, right?), so any guy who tries to use evolution in order to justify his wandering eye is not worth having around.

6
It's Part of Society

We forget that, up until very recently in the history of dating, it was only the woman who had to remain faithful in the relationship (which, again evolutionary scientists would say was because it's important for a man to know that his baby doesn't belong to someone else). Even today, in more chauvinistic cultures, if a woman cheats she's likely to be given the scarlet letter, but if a man cheats… well, what can you do, right? Wrong! It's 2018, and a deal's a deal!

If your parents had a rocky marriage, you can always blame mom and dad for your propensity to stray. A small study published in April 2015 found that people whose parents cheated were twice as likely to cheat on their spouse than those whose parents had been faithful. And for the flip-side of all of this, here are the 15 Reasons Your Wife Is Cheating on You. 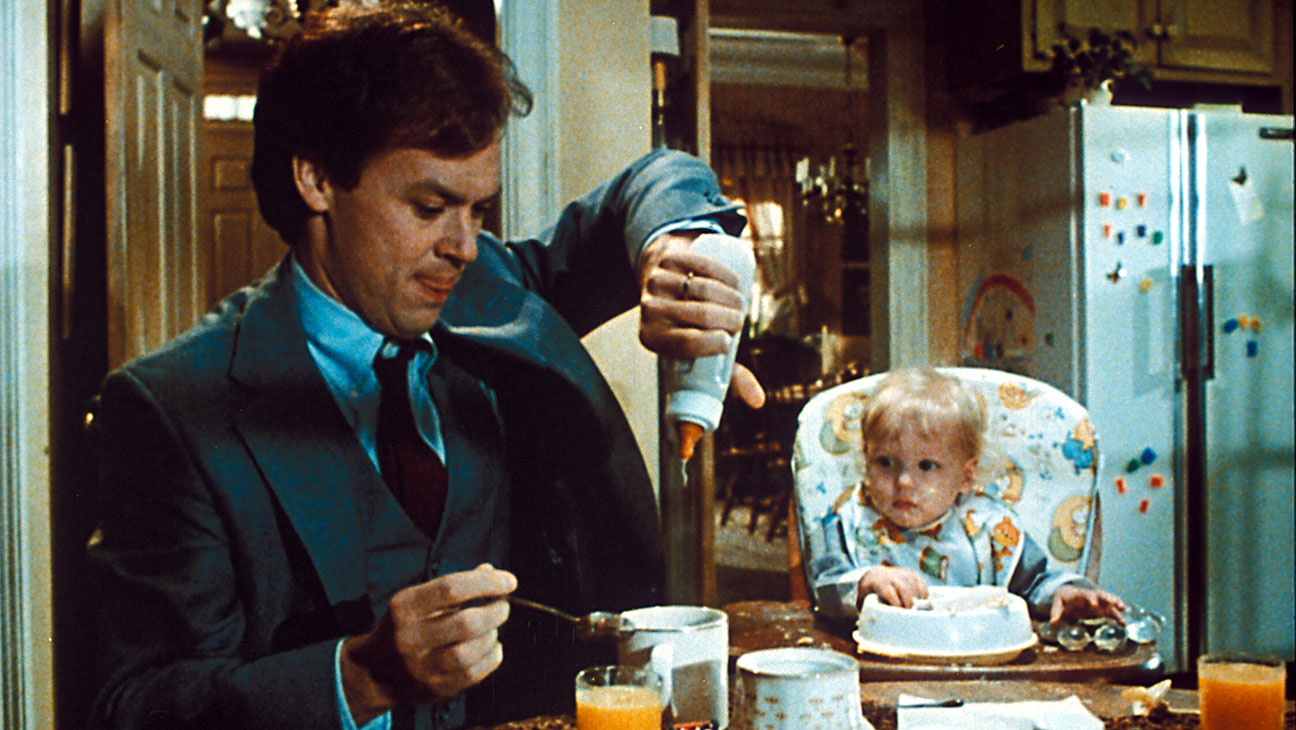 Bad news for unconventional gender norms. According to a May 2015 study, men who are 100% financially dependent on their wives are three times more likely to cheat than men who live in households in which they are the breadwinner.

"I think it has to do with our cultural notions of what it means to be a man and what … the social expectations are for masculinity," said the study author, Christin Munsch, an assistant professor of sociology at the University of Connecticut. Because he feels like his masculinity is threatened, he might overcompensate by engaging in behavior associated with masculinity, like sex with strangers. Ugh.

9
Social Media Makes It Easy for Him 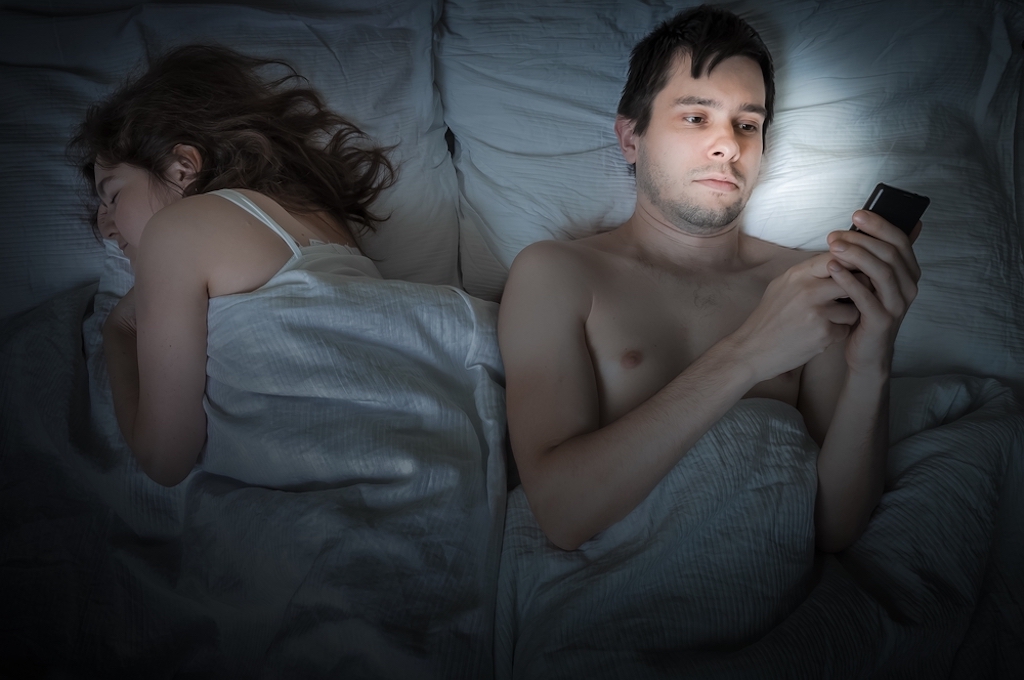 While experts say that the wealth of online dating apps and social media accounts that came with the digital age haven't necessarily raised infidelity rates, there's no question that all of these open doors to adultery heighten the risk for those who already have a proclivity for extra-marital affairs. And if the Ashley Madison leak (which revealed that almost all of the users on a site explicitly intended for cheating) taught us anything, it's that men are especially likely not to turn down an opportunity that falls into their laps with just the click of a button.

10
He's Got a Big Birthday Coming Up

A fascinating 2014 study that looked into the activity of people on Ashley Madison found that men were more likely to look for an extramarital affair if their age ended in the number 9. This indicated that men are particularly prone to cheat before they hit a milestone birthday, like the big 4-0, as a result of a mid-life crisis.

Diana Bruk
Diana is a senior editor who writes about sex and relationships, modern dating trends, and health and wellness. Read more
Filed Under
Cheating
Read This Next
Latest News
Read This Next