The hidden meaning behind those stomach butterflies.

When you're falling in love, the whole world seems to open up—the sun shines brighter and you feel like singing every moment of the day. When you look into the eyes of a newfound love, it almost feels as though a transformation is taking place inside of your body. Well, as it turns out, scientifically speaking, there are changes taking place inside your body.

Yes, it's true—those butterflies inside of your stomach are all due to the hormones your body is producing during your romantic state of bliss. So, whether you're reading this in a state of euphoria, or just looking forward to the moment it will happen to you as well, scroll on to learn more about this crazy little thing called love. When you start falling in love, your brain releases chemicals like vasopressin, adrenaline, dopamine, and oxytocin that light up your neural receptors and make you feel both pleasure and a euphoric sense of purpose. In short: you're addicted to the one you love. "Romantic love is an addiction. It's a very powerfully wonderful addiction when things are going well," says Helen E. Fisher, a biological anthropologist at Rutgers University.

Similar to a feeling after you've had a few too many drinks at the bar, when the chemical oxytocin is released in your brain, it lowers your inhibitions and makes you more confident and outgoing. Oxytocin, also called the "love drug," is released only during skin-to-skin contact to assist the brain in love and human reproduction. In a recent study published in Neuroscience and Biobehavioral Reviews, scientists found that alcohol and oxytocin have nearly identical effects on the brain, causing lowered inhibitions and decreased anxiety. No wonder the phrase "Drunk in love" has such staying power.ae0fcc31ae342fd3a1346ebb1f342fcb

3
You will experience sweaty palms, a racing heartbeat, and a flushed face. 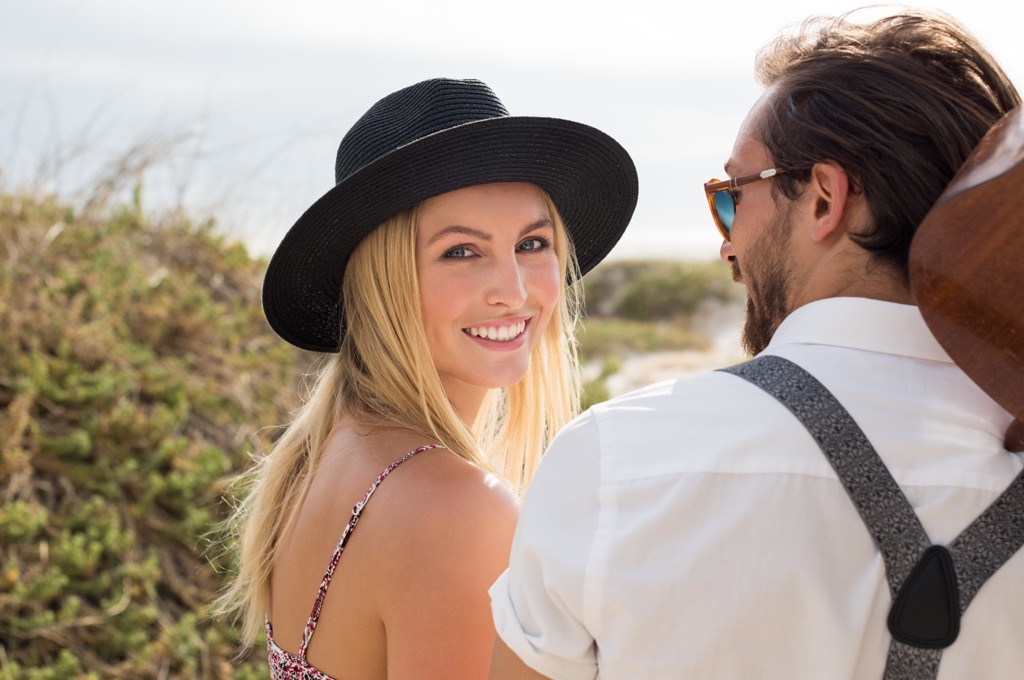 Because of the stimulation of adrenaline and norepinephrine, you might experience a number of symptoms like these when you're falling in love—similar to those before a big presentation. According to Kat Van Kirk, PhD, a clinical sexologist and licensed marriage and family therapist, "This can lead to having a physical sensation of craving and the desire to focus your attention on that specific person."

The moment you feel a strong attraction to someone, especially someone you're falling in love with, a chemical reaction—known in the medical community as "mydriasis"—occurs within the brain's sympathetic nervous system, or SNS. This reaction makes the pupils dilate, says Kirk. Often, when you're aroused, your pupils will expand to take in more of your surroundings, since it's very similar to an adrenaline rush; your body, in other words, wants to be prepared for anything.

Even from the point you just begin to really like someone in a romantic way, your brain's release of cortisol may make your stomach upset, says Kirk. Cortisol, of course, is the "stress hormone," and might make you nauseous or experience a loss of appetite—similar to brides on their wedding day, who also undergo severe levels of stress. (The burst of cortisol may also be directly responsible for the popular "butterflies in your stomach" adage.)

6
You go through withdrawal symptoms.

When you're separated from the one you love (or a substance you're suffering an addiction to), your body releases Corticoliberin, a stress response that causes you to feel anxious and depressed, according to Serena Goldstein, a naturopathic doctor in New York City. This is also when the "addiction" of your new-found love comes into play; since you're not having the addiction satisfied, your body will be in a state of turmoil until it gets what it needs.

These "smell chemicals" are naturally produced by your body, and, while not much is known about how we can detect them, Swedish researchers have found that men and women can send and receive these messages subconsciously.

These pheromone signals are picked by an area of the brain known as the hypothalamus, which affect everything from your hormone levels to your sexual behavior, according to Dr. David Berliner, an expert in the field of chemical signaling and CEO of Pherin Pharmaceuticals. In fact, this release might explain why wearing your partner's shirt makes you so happy. This magical sixth sense allows you to detect your partner's scent when nobody else can. 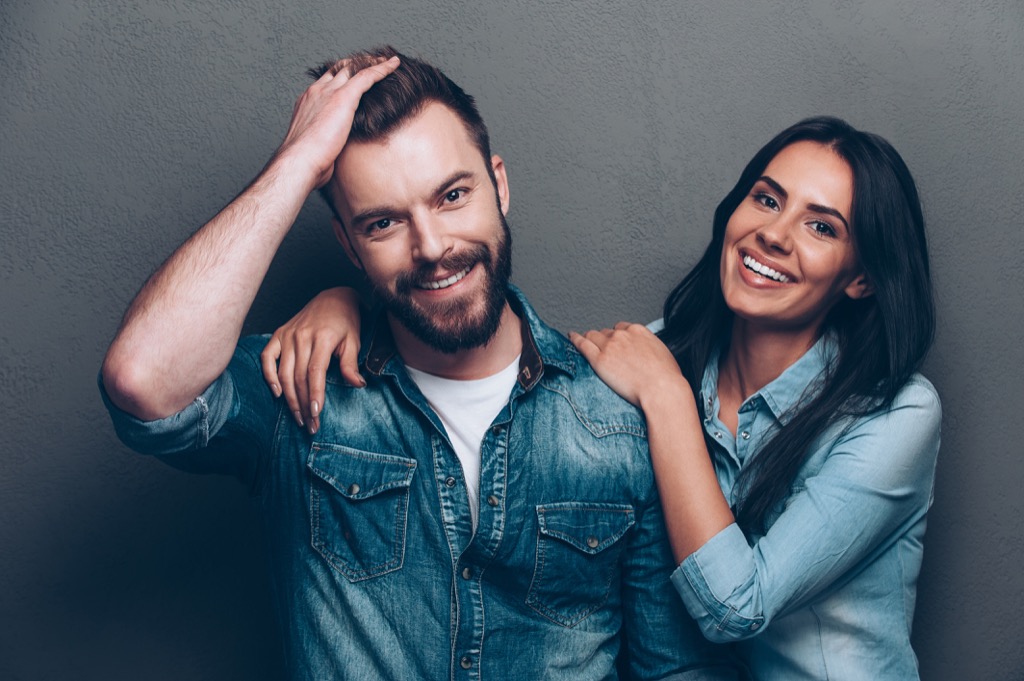 According to a UCLA study, men in supportive relationships after the age 0f 25 had stronger bones. Though it isn't known for sure, the one defining characteristic of every man in the study was that he was in a happy and fulfilling relationship. Though it is only speculation, doctors assert that this might be the case because men are held accountable for their diet and health—and ultimately want to live longer for their partner.

9
It can ease chronic pain. Though doctors aren't prescribing romantic relationships to cure pain just yet, a 2010 study by the Stanford University School of Medicine found that intense feelings of love activated the same areas of the brain as painkillers. Basically, for the first few months of being incredibly in love with someone, some of your chronic pain will seemingly disappear.

10
Your heart rate and breathing match your partner's.

That's right—according to a study conducted by a team from the University of California, Davis, couples who were falling in love with each other could actually synchronize their heartbeats and breathing patterns when sitting close enough to each other. In fact, researchers found that the women were more likely to adjust their heart rate to match that of their partner's—perhaps displaying how women are naturally more empathetic.

Ashley Moor
Ashley hails from Dayton, Ohio, and has more than six years of experience in print and digital media. Read more
Filed Under
Dating • Wellness
Read This Next
Latest News
Read This Next