A new study revealed that bringing this one thing to bed might help you sleep better.

Insomnia. It's disruptive, nerve-wracking, and dangerous for your health. It's also very common, with sleep disorders affecting up to 70 million Americans per year, according to the Cleveland Clinic. "Insomnia symptoms occur in approximately 33 percent to 50 percent of the adult population while Chronic Insomnia disorder that is associated with distress or impairment is estimated at 10 percent to 15 percent," says the site.

Many people associate symptoms like fatigue, lack of focus, and irritability with insufficient sleep—but the health ramifications of insomnia also range from increasing your risk of dementia to spiking your chance of cardiovascular problems. And since sleep disorders can be so harmful to our well-being, it's no wonder that insomniacs are always looking for solutions that may help them get that coveted full night of sleep. That's why, for people who can't sleep, a surprising, potential fix is something to be excited about. Read on to find out what a new study says could help you produce more melatonin and finally get some much-needed rest.

READ THIS NEXT: If You Take This Common Medication to Sleep, Stop Now, New Study Says.

Quality sleep is a vital component of your wellbeing.

Sleeping might seem like a simple enough thing when your head hits the pillow and you drift immediately into dreamland, but if you've ever had a sleep disorder you know that it's more complex—a complicated biological process, in fact, as explained by MedlinePlus. "While you are sleeping, you are unconscious, but your brain and body functions are still active [and] doing a number of important jobs that help you stay healthy and function at your best," says the site. "So when you don't get enough quality sleep, it does more than just make you feel tired. It can affect your physical and mental health, thinking, and daily functioning."

MedlinePlus advises that "The amount of sleep you need depends on several factors, including your age, lifestyle, health, and whether you have been getting enough sleep recently. Most adults need about seven to eight hours each night." But this can be hard to do if one or more sleep disorders are interfering with the process.

Various disorders can disrupt your sleep. 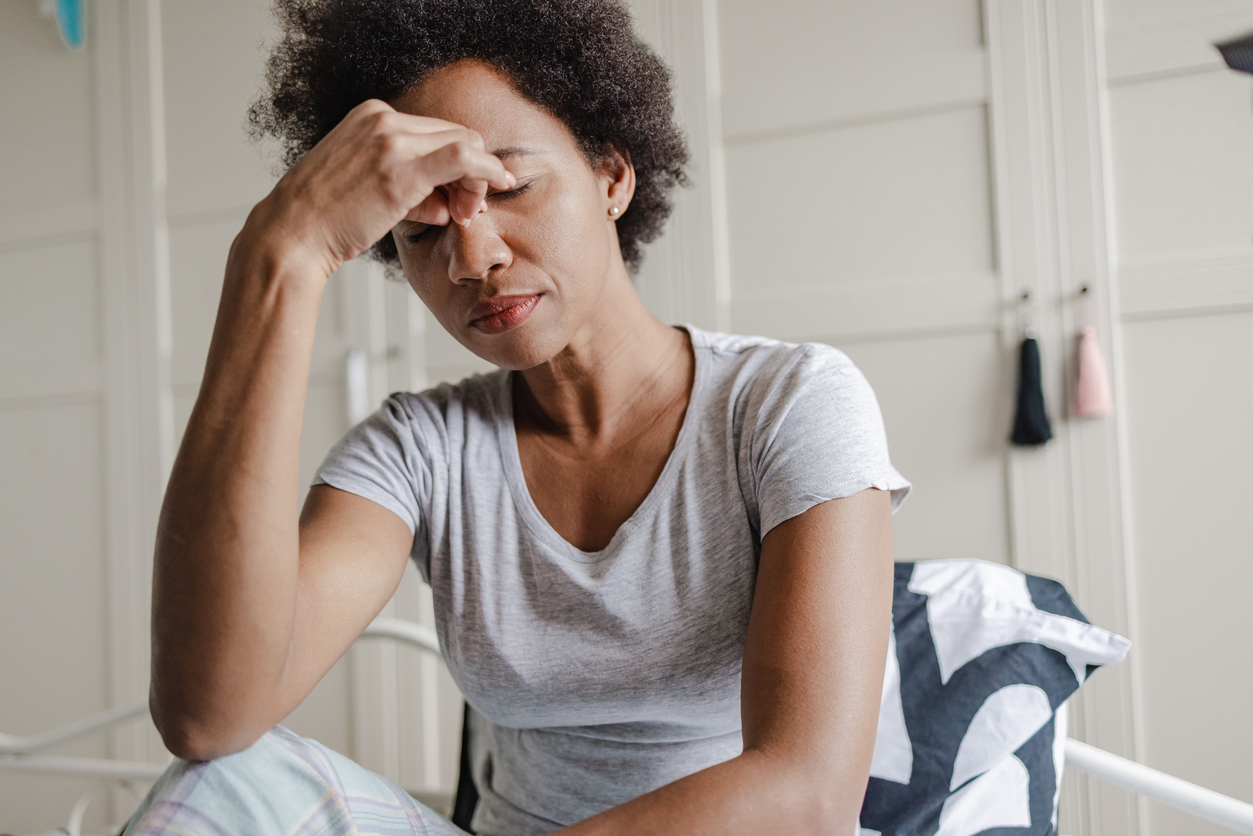 Insomnia is possibly the most well-known reason for a restless night, and is defined by the Mayo Clinic as "a common sleep disorder that can make it hard to fall asleep, hard to stay asleep, or cause you to wake up too early and not be able to get back to sleep." We all have nights where we toss and turn once in a while, and the Mayo Clinic acknowledges that many adults will experience short-term insomnia—although it can last days or even weeks. "But some people have long-term (chronic) insomnia that lasts for a month or more," the site notes. "Insomnia may be the primary problem, or it may be associated with other medical conditions or medications."

Insomnia has a number of different possible solutions.

Insomniacs are always looking for a magic solution that will get them that elusive, precious, prolonged period of sufficient sleep. For Jennifer Aniston, after struggling for years, addressing her insomnia meant creating a relaxing and consistent bedtime routine. Some people changed their morning routine or cut out bedtime drinks like herbal tea, and found that their sleep improved. And for actor Taye Diggs, the fix came in the form of a sleep aid.

But a study published this month in the Journal of Sleep Disorders points to an unexpected—and simple—possible solution to insomnia: using a weighted blanket. Weighted blankets "were first introduced by occupational therapists as treatment for behavioral disorders, but are now more mainstream for anyone who wants to relax," reports Good Housekeeping.

"Melatonin is a hormone in your body that plays a role in sleep," the Mayo Clinic explains. "Melatonin is also available as a supplement, typically as an oral tablet or capsule" to address sleep disorders. Medscape reported on a recent study which revealed that a "weighted blanket of approximately 12 percent body weight used at bedtime prompted the release of higher concentrations of melatonin, as measured in the saliva, compared with a lighter blanket of only about 2.4 percent of body weight."

While researchers are still working to figure out why this is so, Medscape notes that one reason could be that the pressure of the blanket, and its subsequent activation of neurons that "promote calm and well-being and decrease fear, stress, and pain" as well as "connect to the pineal gland to influence the release of melatonin," could be the key.

If you're consistently having trouble sleeping, speak with your healthcare provider about the possible root causes, and what might help you.

Luisa Colón
Luisa Colón is a writer, editor, and consultant based in New York City. Her work has appeared in The New York Times, USA Today, Latina, and many more. Read more
Filed Under
Health Advice • Health Facts • News • Sleep
Read This Next
Latest News
Read This Next