The best, science-backed ways to kick back and spend hours on the couch.

According to The New York Times, video games are no longer just frivolous ways for sedentary men—or millions of South Koreans—to pass the time. In fact, they may actually help advance the complex field of neuroscience.

Dr. Zoran Popovíc, director of the Center for Game Science at the University of Washington, has teamed up with the Allen Institute for Brain Science—an organization founded by Paul Allen, the co-creator of Microsoft—to create a game called Mozak. The gameplay in Mozak is simple: a player is tasked with tracing the tendrils of amorphous shapes, which, as far as hardcore games go, hardly sounds riveting. But here's the thing: those shapes are replicas of actual neurons from the human brain.

Our brains contain 86 billion neurons. There aren't enough neurologists in existence to even begin mapping them out, so Popovíc had the brilliant idea to recruit scientists from the regular population via gaming. Anyone can play Mozak, and every single time a player completes a "trace," so to speak, a 3D model of one of those 86 billion is created, and can be used for further study. Essentially, Popovíc and his team have gamified science.

Mozak isn't the only game that's a force for good in this world. Granted, not all video games are being used to map the secret architecture of the human brain—but that doesn't mean there aren't scores of terrific games that will make you a keener, sharper, more acutely perceptive man. We've singled out eight of them right here. So game on! And when you've landed the highest score on each of these, be sure to brush up on the 13 other ways to make your brain sharp as a tack. 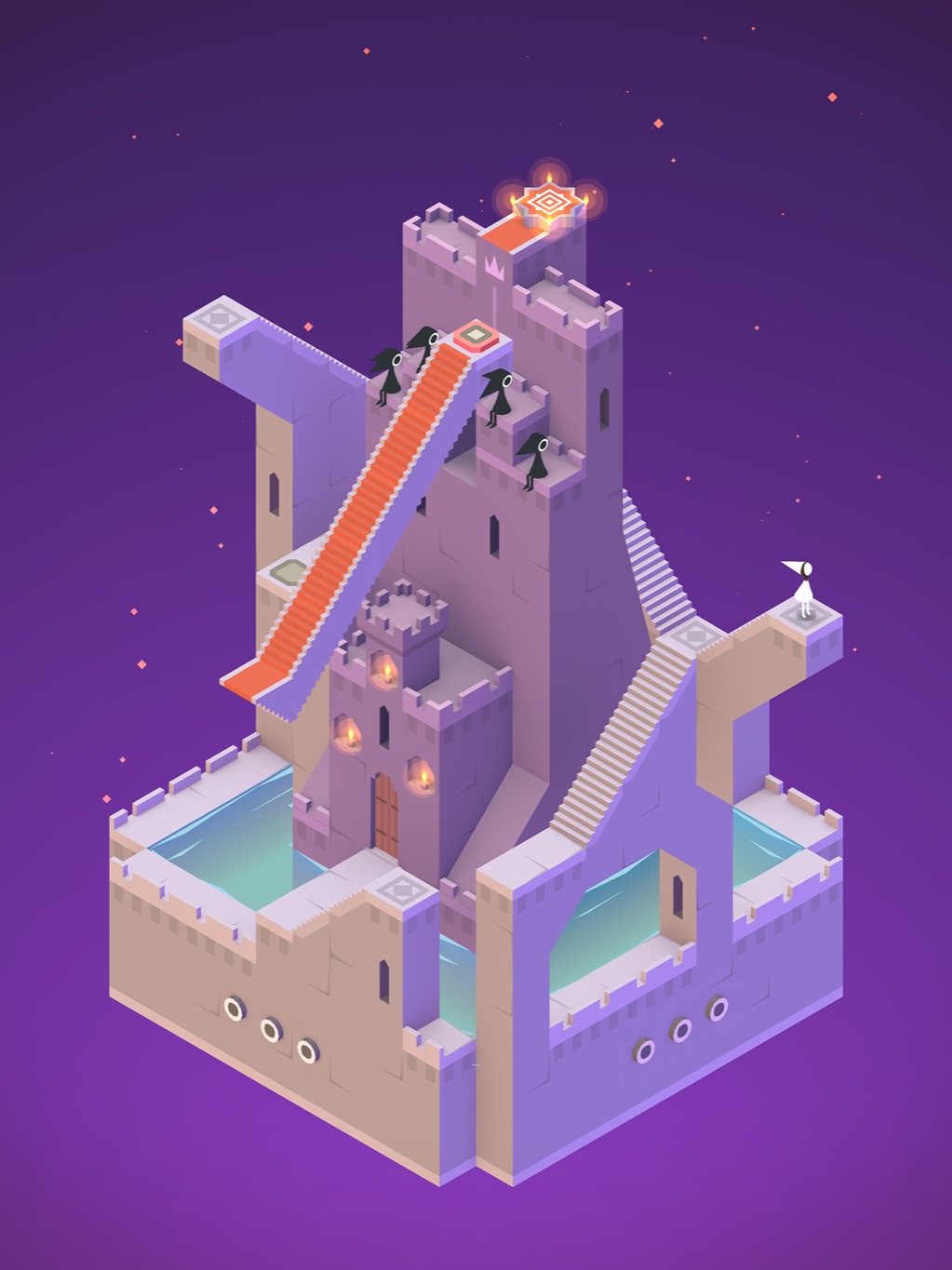 Fans of House of Cards know full well Frank Underwood's penchant for video games. He played Killzone throughout the first two seasons to release the frustration built up from daily dealings in the capital. (And who can forget the painfully awkward, "Is that a PS Vita?" product placement scene?) In season 3, after Frank finally becomes president (it's been two years, you don't get to yell "spoilers"), we see him swap the ultra-violent first-person shooter for the subdued, sensitive Monument Valley. Frank likens the gameplay—a puzzle game wherein you manipulate M. C. Escher–esque environments to get from point A to point B—to maneuvering in D.C.

Even if you're not trying to bend Congress to your will, a little plotting and scheming can work wonders in your life, too. Research collected by Richard W. Byrne and Andrew Whiten, as displayed in the landmark book Machiavellian Intelligence, posits that social manipulation—rather than tools or opposable thumbs—is the reason some primates evolved into humans. Suffice it to say, you should keep your Machiavellian skills up to date. Like many games, Monument Valley is available on your phone. If you find yourself addicted, be sure to learn the 11 ways to conquer your smartphone addiction once and for all. 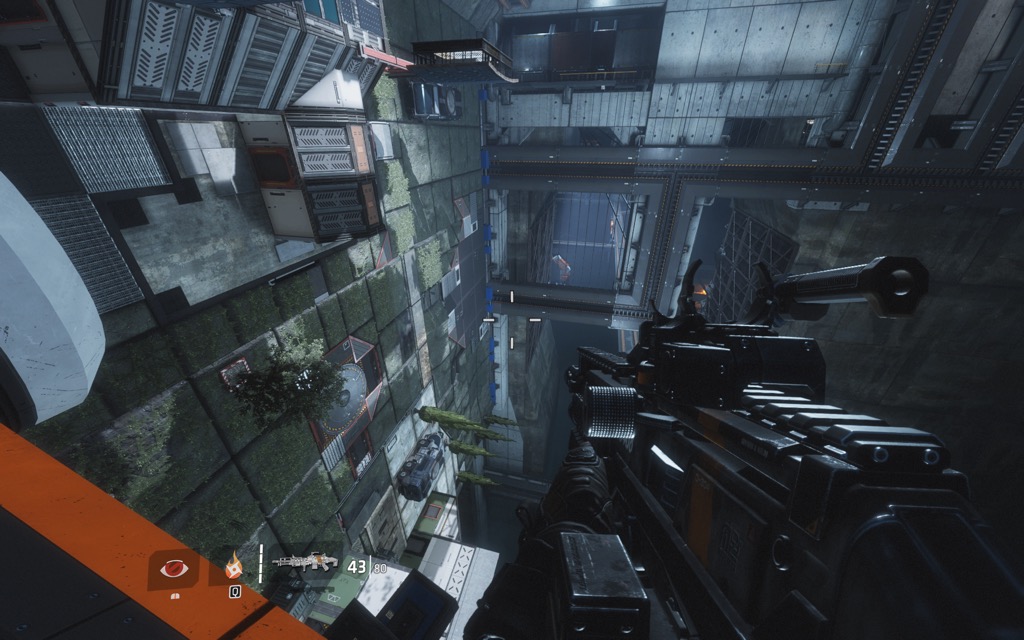 As it so happens, Frank might have been onto something more than just rage release with Killzone. A study out of the Proceedings of the National Academy of Sciences showed that players of first-person shooters are better at pattern recognition, multitasking, and information retention than non-players. Now, from Battlefield to Halo, the market is saturated with first-person shooter video games. For our money, though, Titanfall 2 is the one to pick up.

Titanfall 2 features all the good stuff that decades of sci-fi culture have trained us to expect: spaceships, kickass guns, and—the main attraction here—hilariously oversized robots. When you tire of shooting skulls and certainly not taking names, you hop into a giant mechanized suit and wreak havoc on everything around you. Plus, your character rappels around levels at breakneck speed—like a futuristic Tarzan—and runs on walls, making Titanfall 2 one of those most frenetic experiences in video games.

And, look, if you don't like it, there's another Call of Duty coming out this year. And next year. And the year after that. 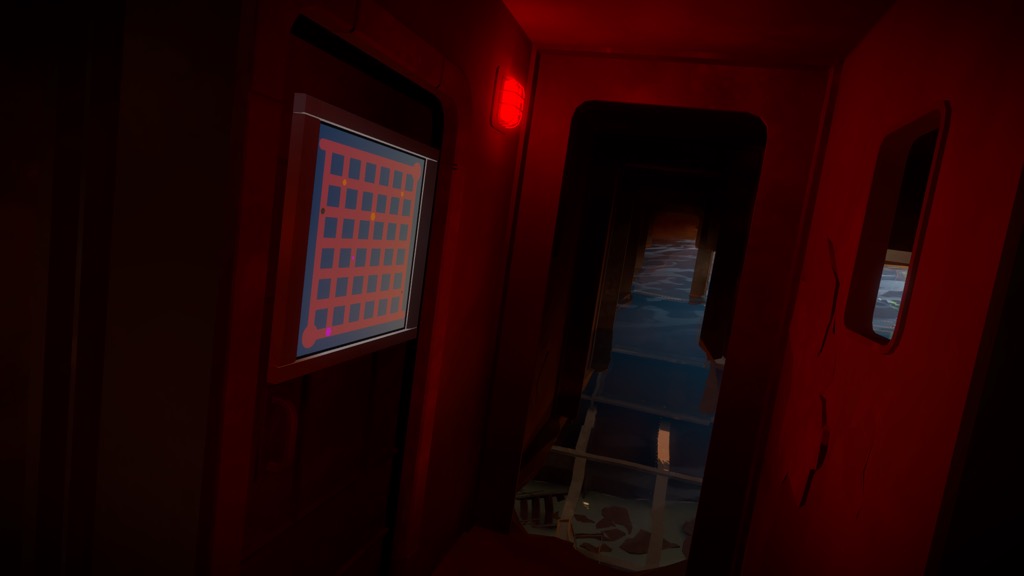 Is there anything sexier than a foreign language? (Science says: Nope. And we concur.) The Witness, a puzzle-adventure game by industry maverick Jonathan Blow, at its core, teaches you a new language. The premise is quite simple. You're dropped on a mysterious island with no knowledge and no direction; unlike most video games, The Witness doesn't tell you what to do at all. After a few minutes, you stumble across a simple maze: it's just a box, and you just have to draw a line from start to finish.

Sounds easy, right? Well, as with all languages, je m'appel is only the beginning. Pretty soon, The Witness will teach you what it means if there's a black dot on the maze, or if there are two purple stars and three orange stars. The gradual accumulation of knowledge allows you to solve mazes that previously didn't make a lick of sense. By the end, you come full circle, back to the beginning, and you look back, and you realize how large that circle is, how far you've really come. It's true: Learning a language really is transcendent experience.

Just don't go out there and try to woo anyone with shapes and lines. Go with something like French, since it sounds pretty—and you can pick it up on your commute. 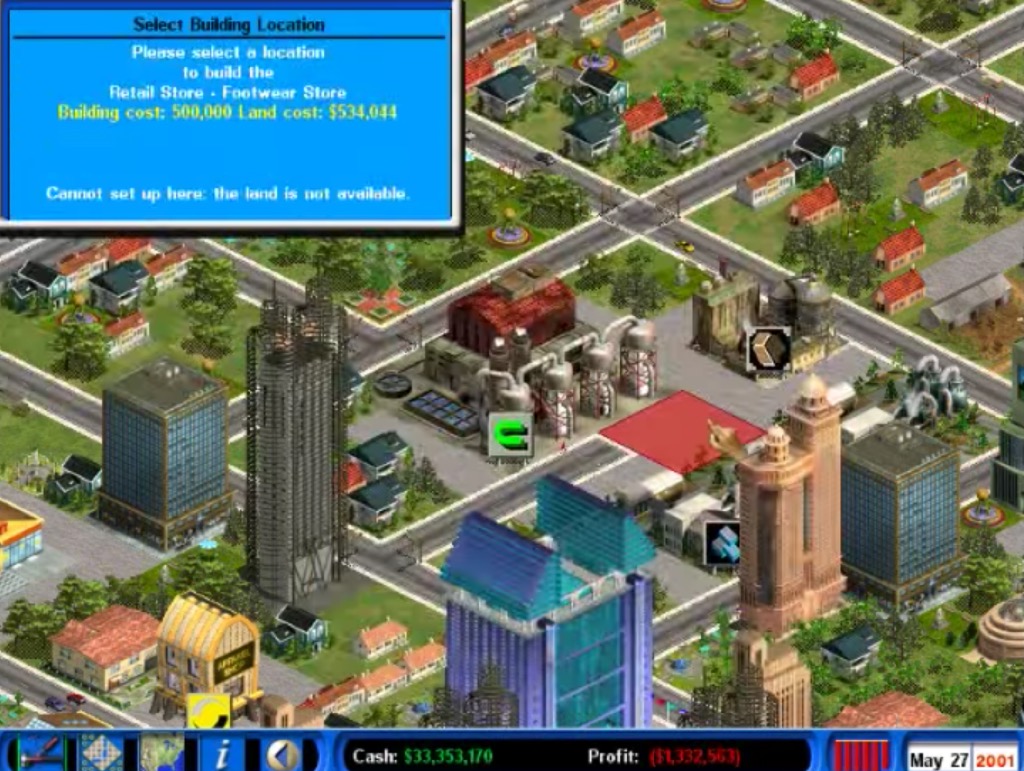 Capitalism is literally part of some Harvard Business School curriculum. Do you need to know any more? 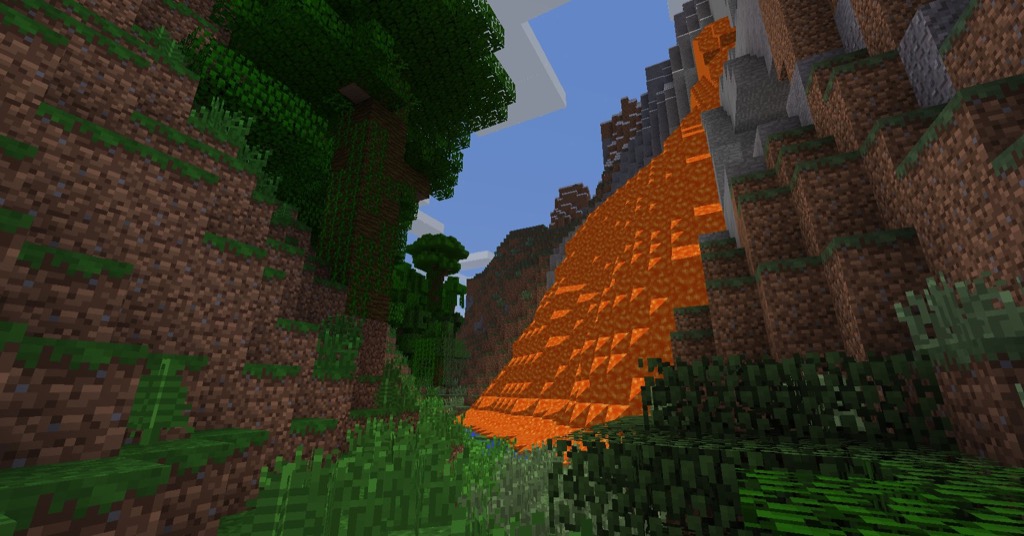 Minecraft, too, is used frequently as an educational tool—though, to be fair, not at "a school in Boston." The immensely popular block stacking game (which is, let's be real, essentially 3D Legos) recently released an educational edition, where elementary school teachers can adjust the parameters of the game to teach math, science, or pretty much any grade school program other than gym. But Minecraft had a foothold on the education community before the education version hit shelves. According to the BBC, 7,000 classrooms around the world already had Minecraft in their curricula.

Plus, it's tantamount to treason at this point to write a list of video games and not include Minecraft. And we really don't want to be locked up for treason while the country is basically Killzone. 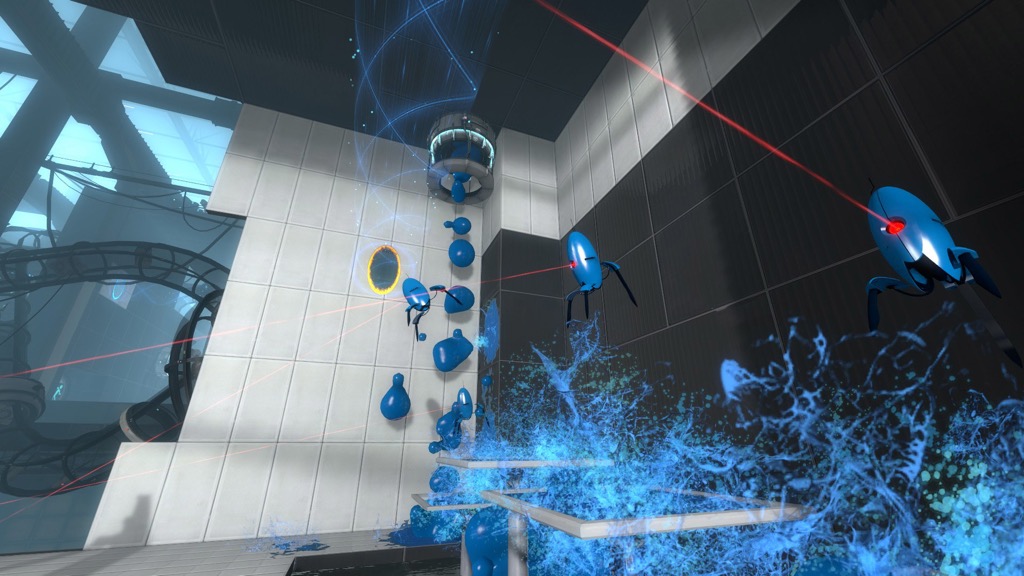 When the first Portal came out in 2007, it made quite a splash. (The popularity of Portal allowed for the catchphrase, "Now you're thinking with portals," to take off on the Internet.) Video games at the time focused on big scenes and big explosions and big guns. Portal gave the player a big gun, sure—except instead of firing bullets or lasers, it fired harmless "portals." The player could place a blue portal or an orange portal on any surface. If the player stepped in blue, they'd pop out of orange, and vice versa. The goal is to get to the other side the room. We can say from experience that completing each room made the player feel smart.

A few years later, a sequel came out; the developers had no need to reinvent the wheel. The rooms were more complex, the graphics more refined, but the core gameplay stayed the same. However, the popularity of the original title drew a lot of attention to Portal 2, including from the scientific community. A study published in Computers & Education found that players of Portal 2 showed gains in problem solving, spatial reasoning, and cognitive persistence—proving once and for all that video games make you smarter. Now that's thinking with portals.

7
Keep Talking and Nobody Explodes 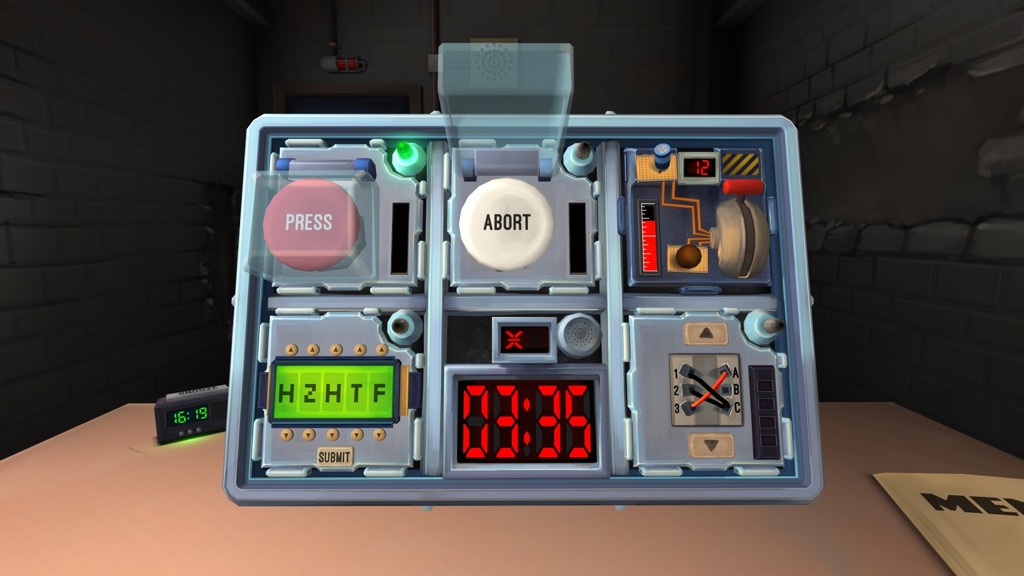 You know the scene: "Cut the red wire. No! Wait! It's the other red wire!" From Lethal Weapon 3 to Die Hard with a Vengeance to Archer, the bomb diffusion scenario has been deployed time and time again. And every time, every guy—yes, every guy, there are no exceptions—thinks, at least a little bit, man, how cool would that be… Well, thanks to video games, we get a shot. Keep Talking and Nobody Explodes is exactly that scenario.

The game requires at least two players. One player views a bomb—with all the wires and buttons and knick knacks you'd expect—while the other players view a guidebook as sprawling and complex as the Bible. The first player is explicitly prohibited from viewing the guidebook, while the other players talk to walk him or her through what to do for any given situation. The game requires an inordinate amount of cooperation—which, according to the Proceedings of the Royal Society B, is directly linked to intelligence. So, there's a video game that allows us to live out badass movie scenarios and makes us smarter? Okay, keep talking. 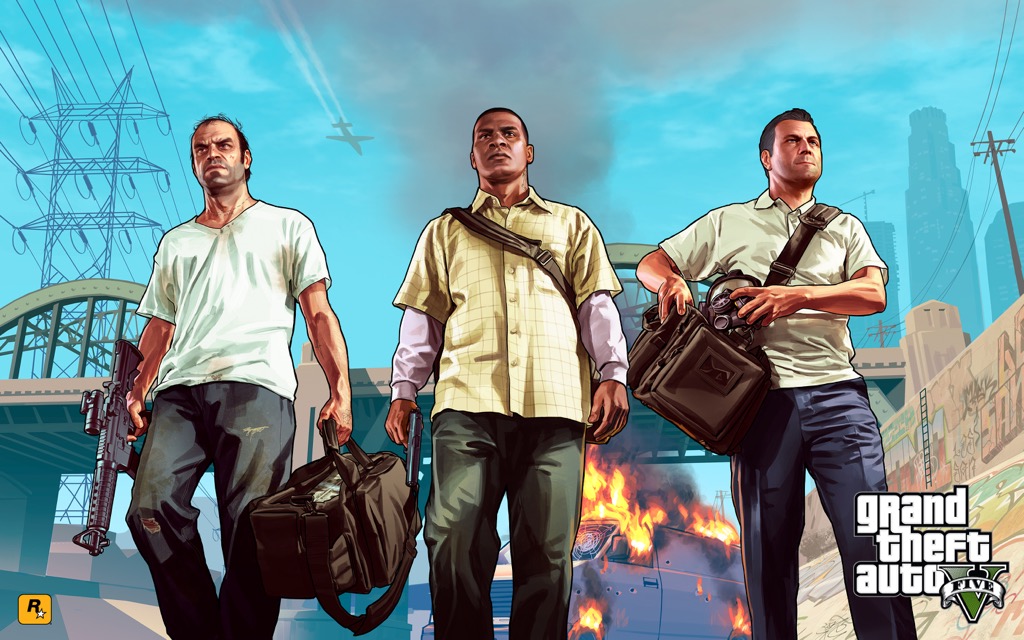 Because street smarts are just as helpful as book smarts.

Ari Notis
Ari is an editor specializing in news and lifestyle. Read more
Filed Under
Entertainment • Your Brain
Read This Next
Latest News
Read This Next