Living proof that you don't need salmon and grilled chicken for a chest of steel.

As a firefighter who doesn't eat meat in the chili-con-carne country that is Texas, I've heard just about every Popeye-and-spinach gag in the book. (A favorite jab of mine: "Rip, you don't eat food, you eat what food eats.") But the jokes about munching twigs are finally subsiding. In my 12 years at the station, I've taken first place at the World Police and Fire Games, I've competed in world-class triathlons, and I recently became a master's national champion in swimming. More and more of the firefighters in my station began following my lead, and whenever they did, they lost weight and saw remarkable improvements in their health. One guy was a walking heart attack; he had a whopping cholesterol level of 344. After a month of grains, legumes, vegetables, and fruits—a totally vegetarian diet, as you can see—it was down to 196.

When it comes to nutrition, vegetables are the Olympians of food. The best of them, dark leafy greens, are gold-medal winners containing ridiculous amounts of macro-and micronutrients, phytochemicals, bioflavonoids, antioxidants, vitamins, fiber, protein…the list goes on and on. But you can bring only so many bowls of steamed broccoli into an environment like a firehouse, where there's a cultural tradition of family-style meals called "wagons." So to get the guys onboard my veggie-heavy wagon, I got creative with unique recipes and ingredients, and prepared things like homemade sauces, which are delicious and much easier to prepare than you'd think. They've proved to be so good that now firefighters from other stations stop by regularly to sample our healthy, life-changing cuisine. Here are some of my favorite ways to dress up five of the most nutritious vegetables. And once you've cut the fat with this vegetarian diet, be sure to read up on the diet that will keep you lean for life. 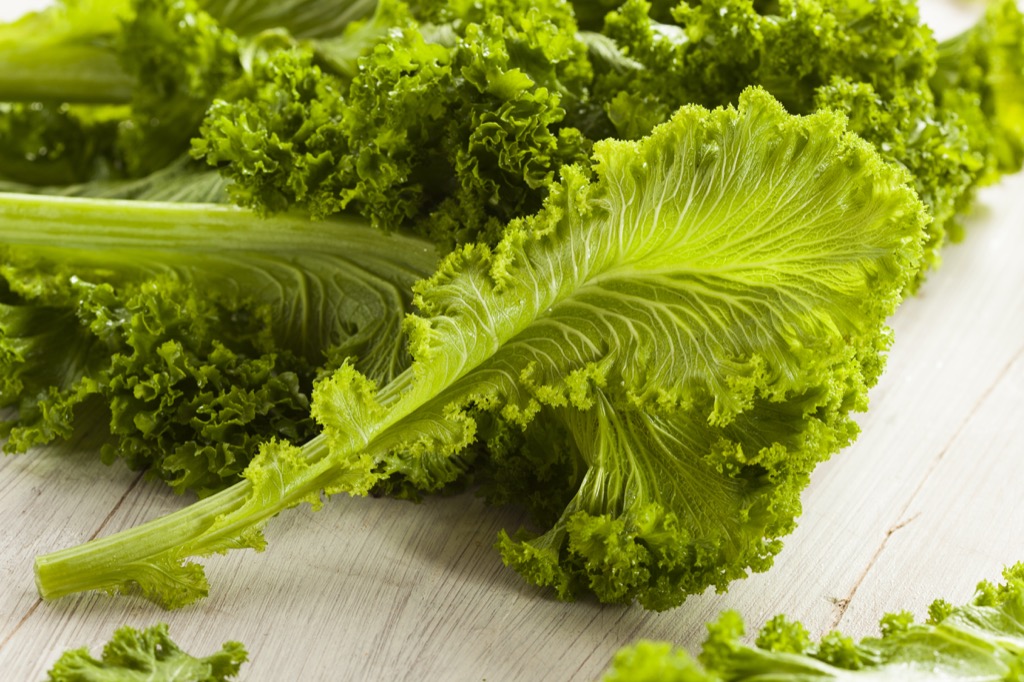 Like all other dark leafy green vegetables, mustard greens permit the silky lining of your arteries to produce nitric oxide. This element helps to not only clean the blood but also widen the vessels, which lets more blood flow to your heart and your brain (not to mention something else that's pretty important to men). Mustard greens have a strong, salty flavor. After blanching them for 5 minutes, I top them with a sauce I make in my blender. Combine 1/2 cup cashews, 1 Tbsp. tamari (a rich Japanese soy sauce derived from more soybeans and less wheat than common soy sauce), 2 garlic cloves, and enough water to give the sauce the consistency of a smoothie. And for another great smoothie addition to your new vegetarian diet, be sure to guzzle a couple cups of the sex-drive-boosting smoothie.

Brightly colored plants deliver massive doses of vitamins and nutrients. Beets are high in folate and betaine, which reduce the risk of heart disease by working together to protect blood vessels. I like to boil beets for 45 minutes and then top them with a sauce made of toasted sesame seeds and honey. To make the sauce, toast the seeds for 4 minutes at 400°F, grind, and then mix with 1 Tbsp. honey and 2 tsp. tamari. The same sauce also tastes great with green beans as well as onions.

A single stalk of broccoli packs more than 3 grams of protein. But as much as I love eating vegetables raw, broccoli is one that I find difficult to eat plain, so I soak it in a marinade. Mix the juice of 2 lemons, 3 Tbsp. soy sauce, 1 Tbsp. each of freshly grated ginger and molasses, and 1/2 tsp. minced jalapeno pepper. The flavors will penetrate deep inside the broccoli if you let it soak for an hour or two, and you'll down the bowl in no time. I often use the same marinade for bell peppers. The broccoli family happens to be a huge libido booster, too, as if you needed another reason to switch to a vegetarian diet. 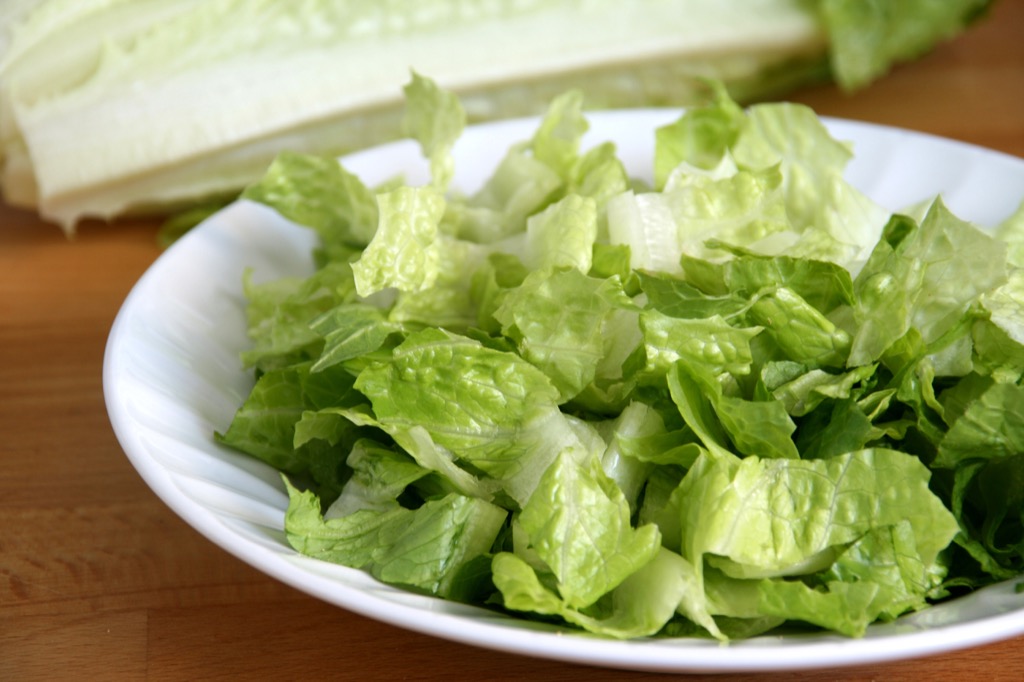 Iceberg lettuce is a joke. It lacks not only flavor but also nutritional value. For the foundation of your salads, cut romaine into cubes. This thing has no place in a vegetarian diet. Its robust, crunchy leaves are low in calories and high in vitamin C and beta-carotene (a form of vitamin A), which together prevent plaque from clogging arteries. My default dressing combines 2 Tbsp. each of balsamic vinegar and nutritional yeast (which contains vitamin B12, a key nutrient plants can't provide humans), 1 Tbsp. each of tamari, mustard, and honey, 1 tsp. Worcestershire sauce, and a splash of water. A little of this dressing goes a long way. Try it on baby spinach too. 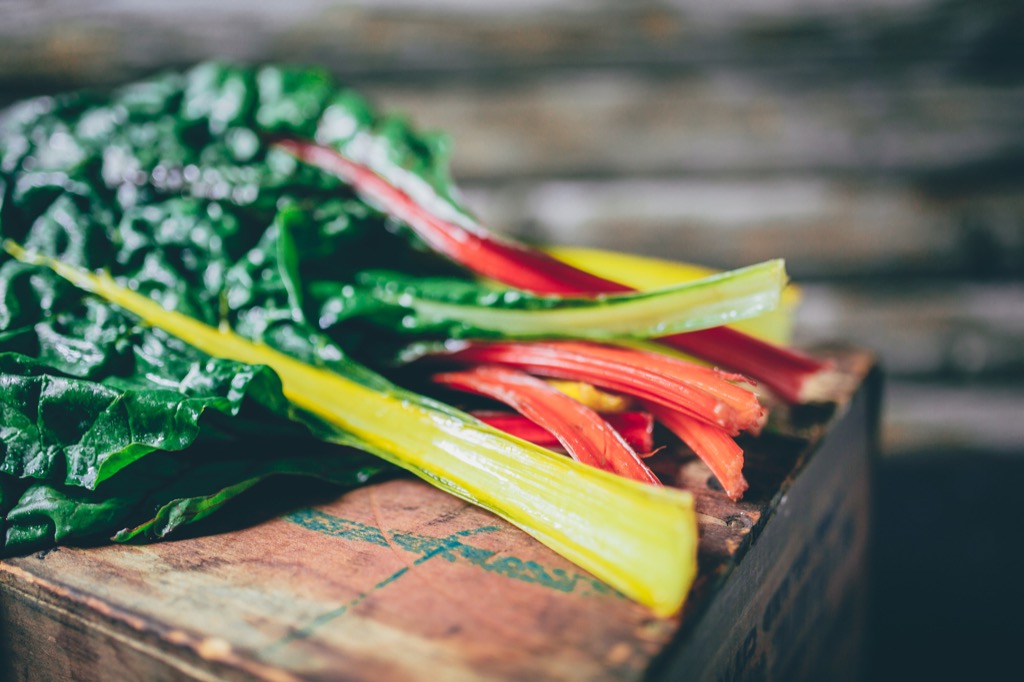 Many people discard the spines of Swiss chard, not to mention those of collards and kale. Don't. They're full of fiber, a nutrient most Americans get only 10 to 15 grams of a day. I consume about four times that much, because plant-based foods are the only ones that contain fiber. Chop the spines into tiny pieces and saute them or add them to soups. Saute chard leaves with 1/4 cup orange juice and 1 tsp. each of finely chopped garlic, pepper, and chili flakes for about 5 minutes. I saute broccoli like this too, but I cut the orange juice in half with carrot juice. Now that you've learned how to live with a tasty vegetarian diet, why don't you read up on the 100 ways to be a healthier man right now?