Today it's "covfefe." But let's not forget the zaniness of the past few months.

"Nothing good happens after midnight." It's the go-to saying of mothers around the country, and last night, it proved eerily prescient for our president. At 12:06am, the @realdonaldtrump account tweeted to its 30 million followers—50 percent of whom might be fake—"Despite the constant negative press covfefe." That's the whole tweet. No follow-up. No clarification. Just four words and a typo.

Naturally, the internet—the Twitter community, in particular—blew up with jokes and memes, even if it seems fairly clear that "covfefe" was intended to be "coverage," with this clause being the first part of a longer statement. In any case, the president played along, deleting the now-famous "covfefe" tweet a few hours after posting and replacing it with: "Who can figure out the true meaning of "covfefe" ??? Enjoy!"

This isn't the only time the guy has reached for his pocket supercomputer and utterly confounded the internet—and the world at large—as these seven baffling, hilarious tweets prove. If anything, it seems like Donald Trump may have a bit of a smartphone addiction.

1
When He Accused Obama of Wiretapping 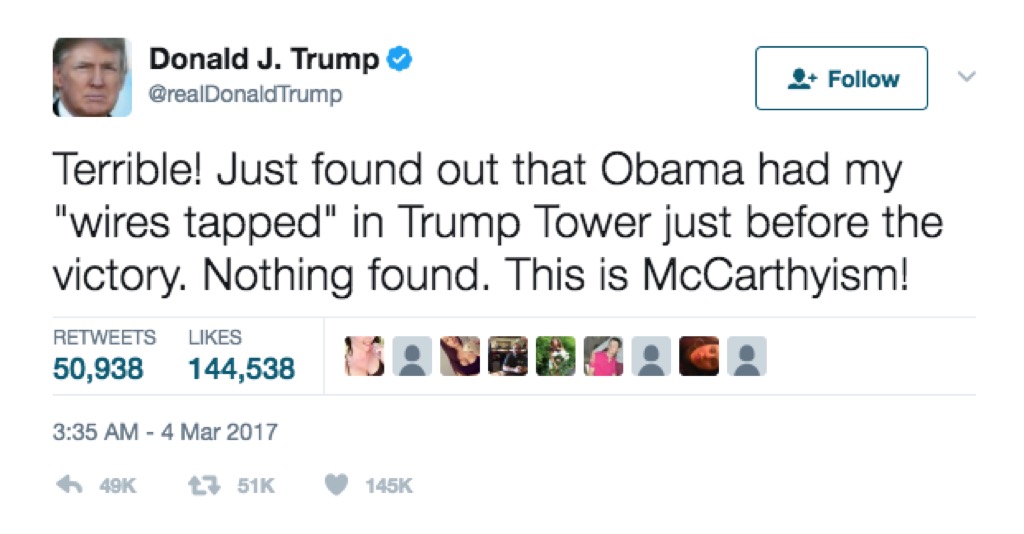 This tweet sent the national security community, the journalism community, and the law community—not to mention the law enforcement community—into a tizzy. No president in history had ever accused his predecessor of a crime like this.

2
When He Didn't Understand Quotation Marks 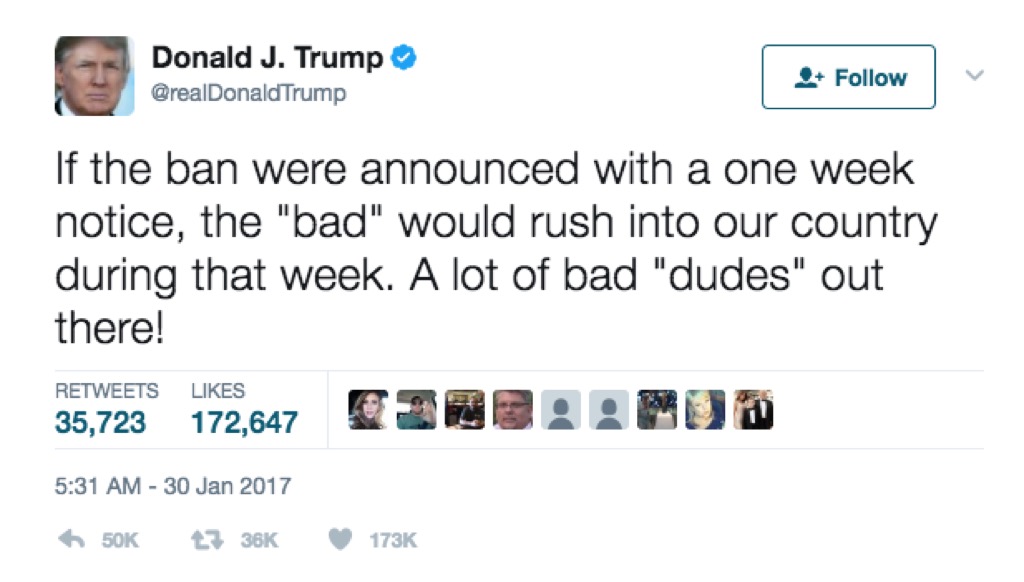 Our president has demonstrated a tenuous understanding of quotation marks. This instance here is one of the first among Trump's tweets to spark discussion of such matters.

3
When He Tweeted In ALL CAPS

Trump let this tweet lose shortly after the first time an appeals court sided with the ACLU in the travel ban case. It's unclear if his shift key was broken or not.

4
When He First Made a Presidential Typo 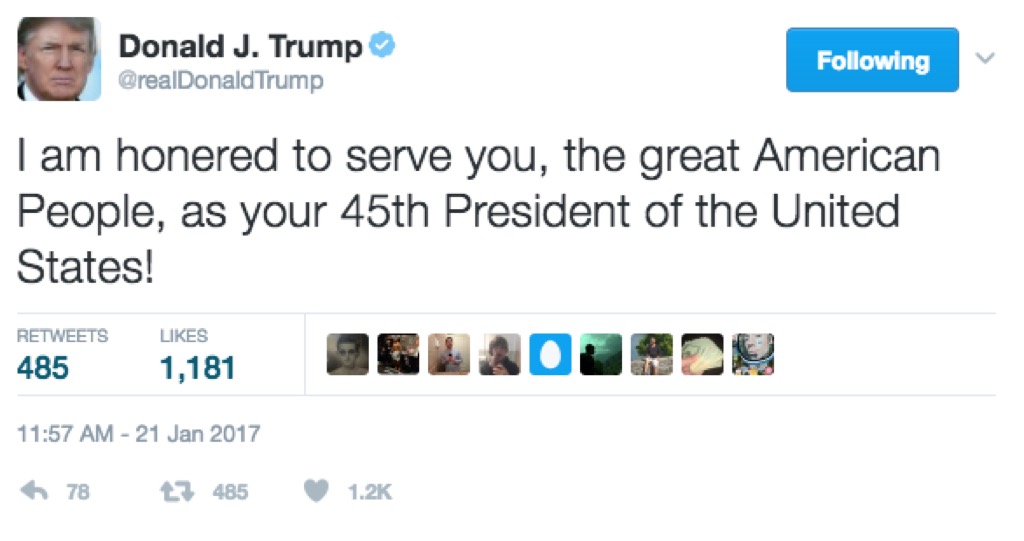 It turns out "covfefe" isn't the first typo among Trump's tweets. After his inauguration, Trump tweeted out this typo. He shortly deleted the tweet and replaced it with a correctly spelled version, but not before news orgs around the world caught wind of it.

5
When He Accused Protestors of Being on Payroll 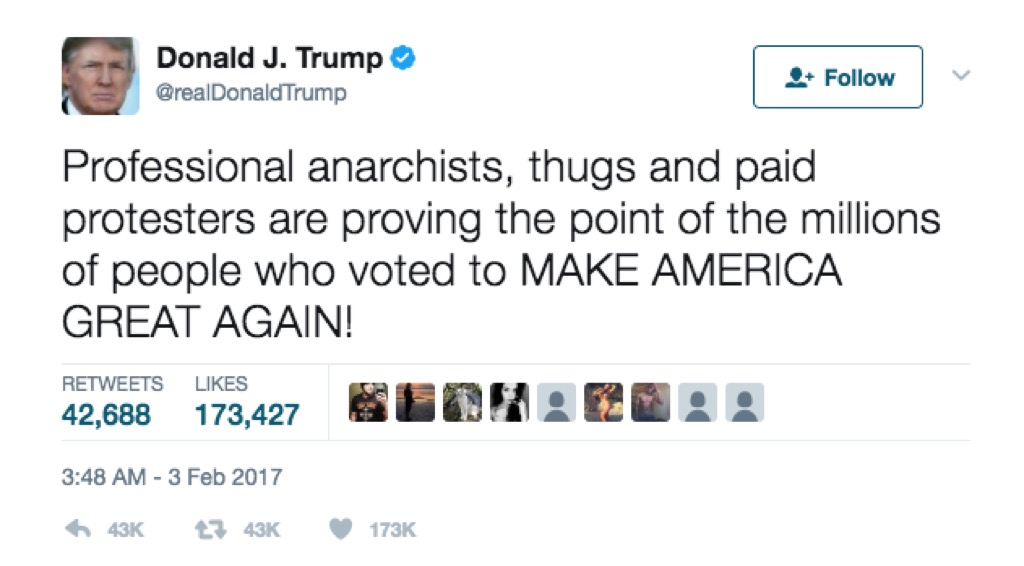 Of all Trump's tweets, this may be, in a subtle way, the most far-out one. Theories abound on the fringe right that George Soros pays for the protests that swarmed America cities in the wake of the inauguration. The president himself commenting on it, though, brought such thinking into the mainstream.

6
When He Was Very Excited About New Jobs 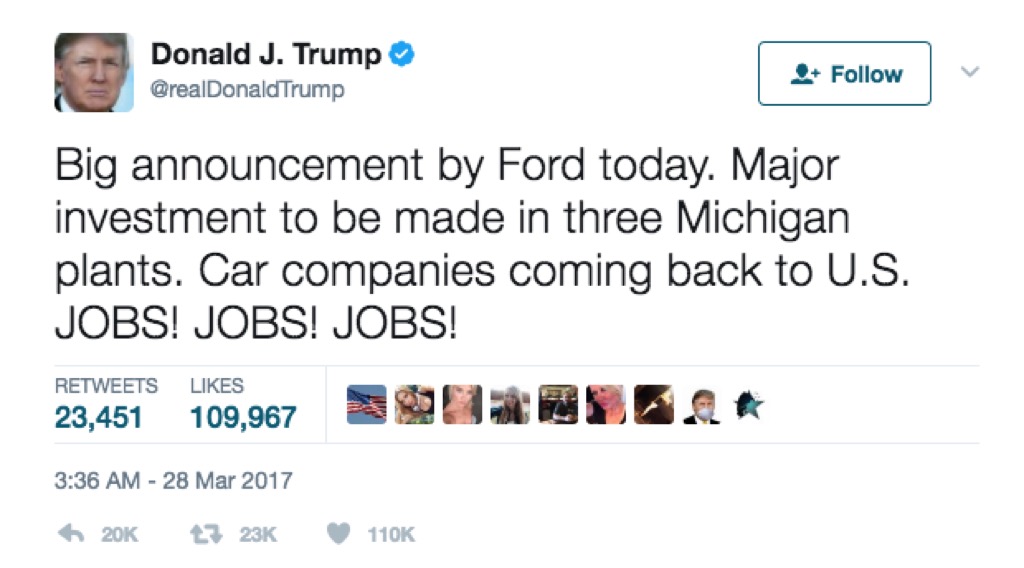 Hey, maybe the guy is a huge fan of Steve Jobs! In all seriousness, it's not the only time he's tweeted the exact phrase, "JOBS! JOBS! JOBS!" In both cases, he was referencing—and implicitly taking credit for—deals that were signed during the previous presidency. Economists were sure to point this out.ae0fcc31ae342fd3a1346ebb1f342fcb

7
When He Jumped to His Daughter's Defense 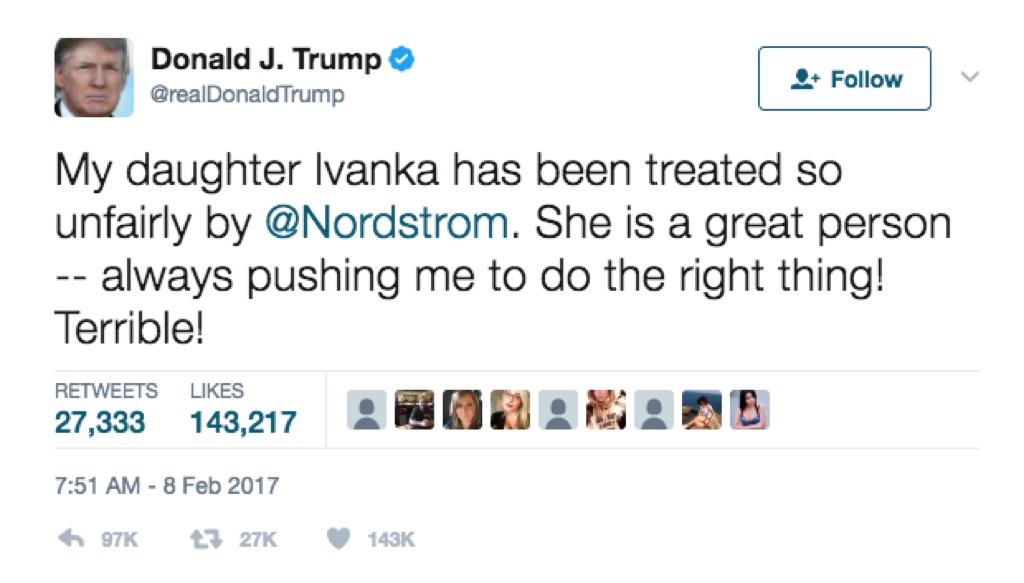