Every kid who saw the iconic 1992 film, Home Alone 2: Lost in New York, has always dreamed of running away from home for a few days to live it up in the penthouse of the Plaza Hotel during the most magical time of the year in New York City. Heck, most adults have, too. I mean, look at this kid. He is living his best life. 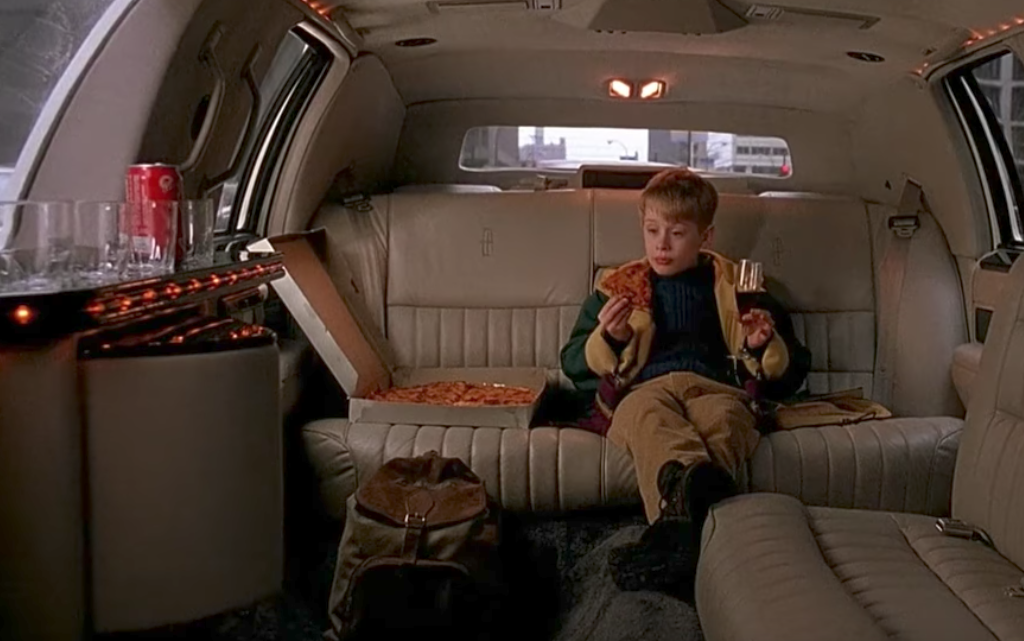 Well, to celebrate the 25th anniversary of the film this year, the Plaza Hotel is offering up a "Live Like Kevin" package that gives guests the opportunity to make their childhood dreams come true. In addition to some stupendous in-room service, including an over-the-top sundae just like the one Kevin had, the package comes with a dining experience that invites guests to taste-test "upscale versions" of some '90s childhood treats, and an interactive photo-booth that tracks Kevin's antics all over town.ae0fcc31ae342fd3a1346ebb1f342fcb

If you really want to splurge, the hotel can also organize some add-on experiences, like express passes to the top of the Empire State Building, a personal photographer, a trip to Wollman Rink, and, of course, a limousine ride through the city (we assume the pizza and flute of coca cola can be tacked on).

Sadly, it doesn't seem to come with an overly nosy butler, which is obviously a crucial part of the Home Alone 2 experience.

The package will be available through October 29, 2018, with the holiday season expected to book up fast. With rates starting at just $895 a night, you can have all of the fun of the McCallister family without screaming "KEVIN!!!" in horror when receiving the bill at the end.

Diana Bruk
Diana is a senior editor who writes about sex and relationships, modern dating trends, and health and wellness. Read more
Filed Under
Adventure • Hotels • Movies
Read This Next
Latest News
Read This Next