The 30 Best Sex Toys to Enhance Your Love Life

If you want to make pleasure your business, these are the tools of the trade.

Make no mistake about it: We are living in a golden age of sex toys. We're talking about sex toys that are beautifully designed, increasingly marketed toward couples, and often boast seamless integration with the devices we already use to manage so many other areas of our lives. Oh, and they're way more likely to scramble our minds with pleasure than ever before.

Below is a list of the 30 best sex toys for him and for her—and for both—all of which you should seriously consider if your toy box is looking a little uninspired or outdated. The best part? Almost all of these items are available on Amazon.

1
For Her: The Vesper by Crave 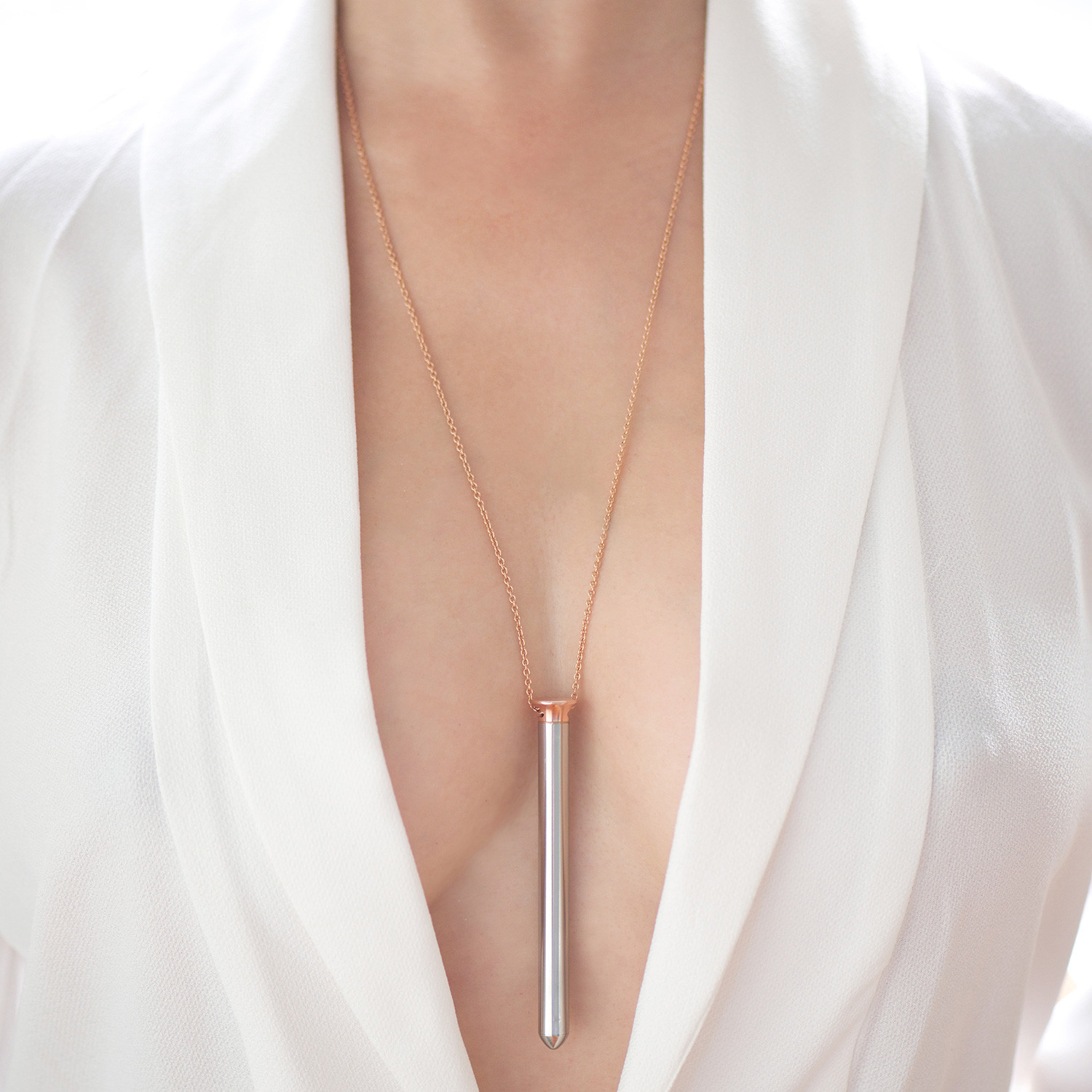 2
For Him: Tenga Easy Beat 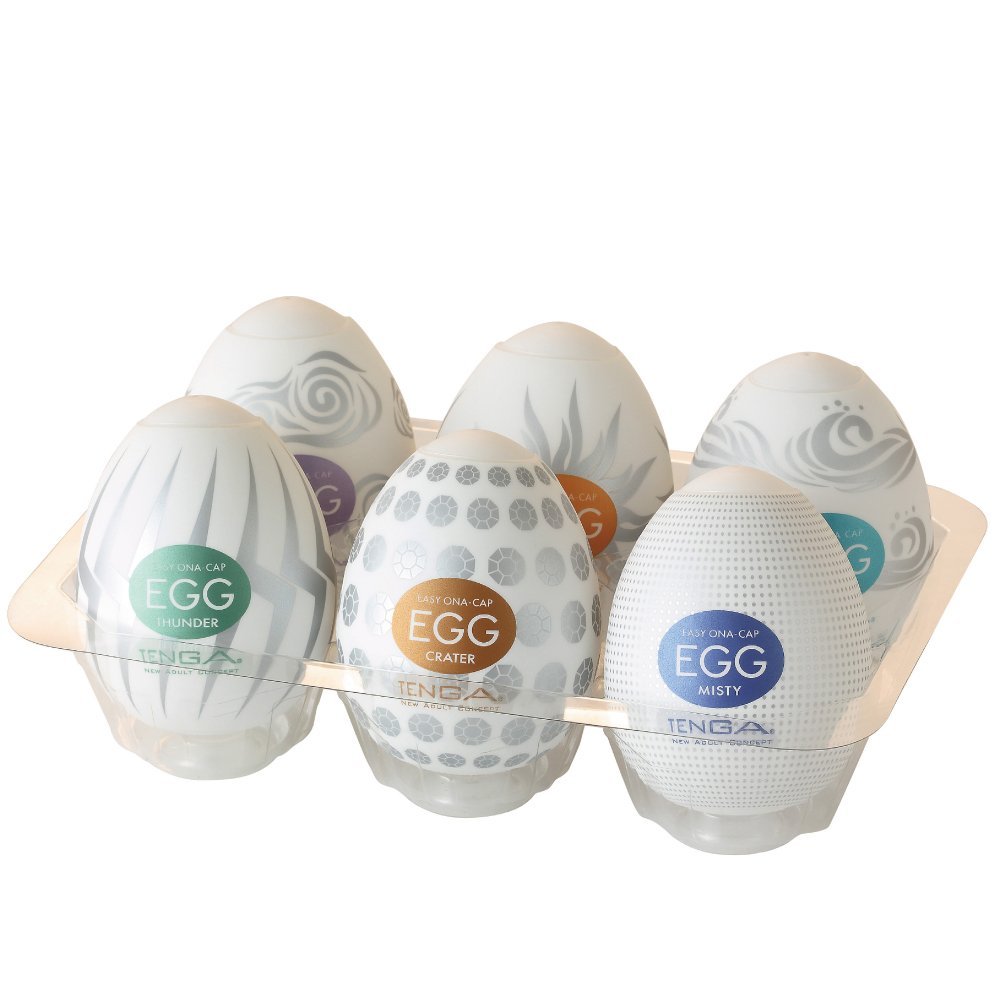 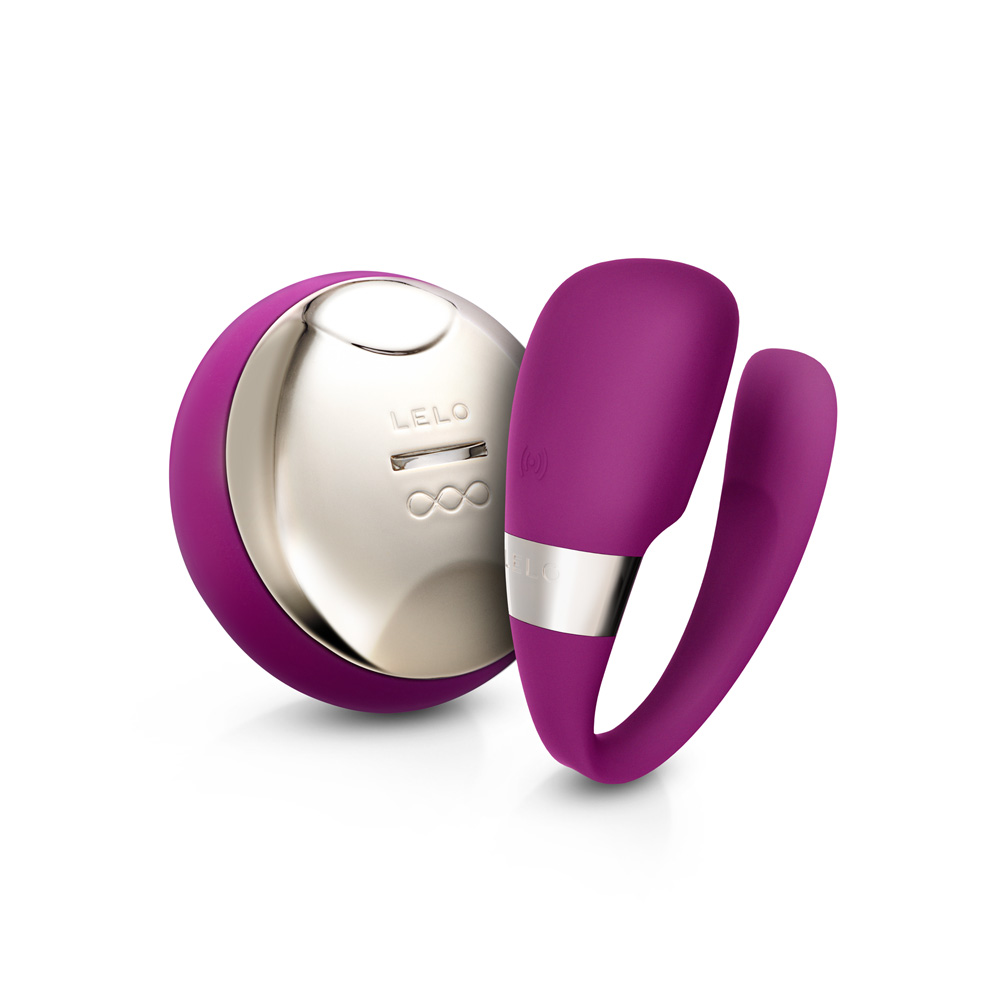 When making the 2nd iteration of this beautifully designed remote controlled pleasure-giver, the good people at Lelo decided to double the power. It can be used when she's playing solo but she can also wear it when you're having intercourse which means that you both get the benefits of this souped up little number. If you really want to push the boat out, you can get a version of this that's adorned with a 24 karat gold ring for $277. 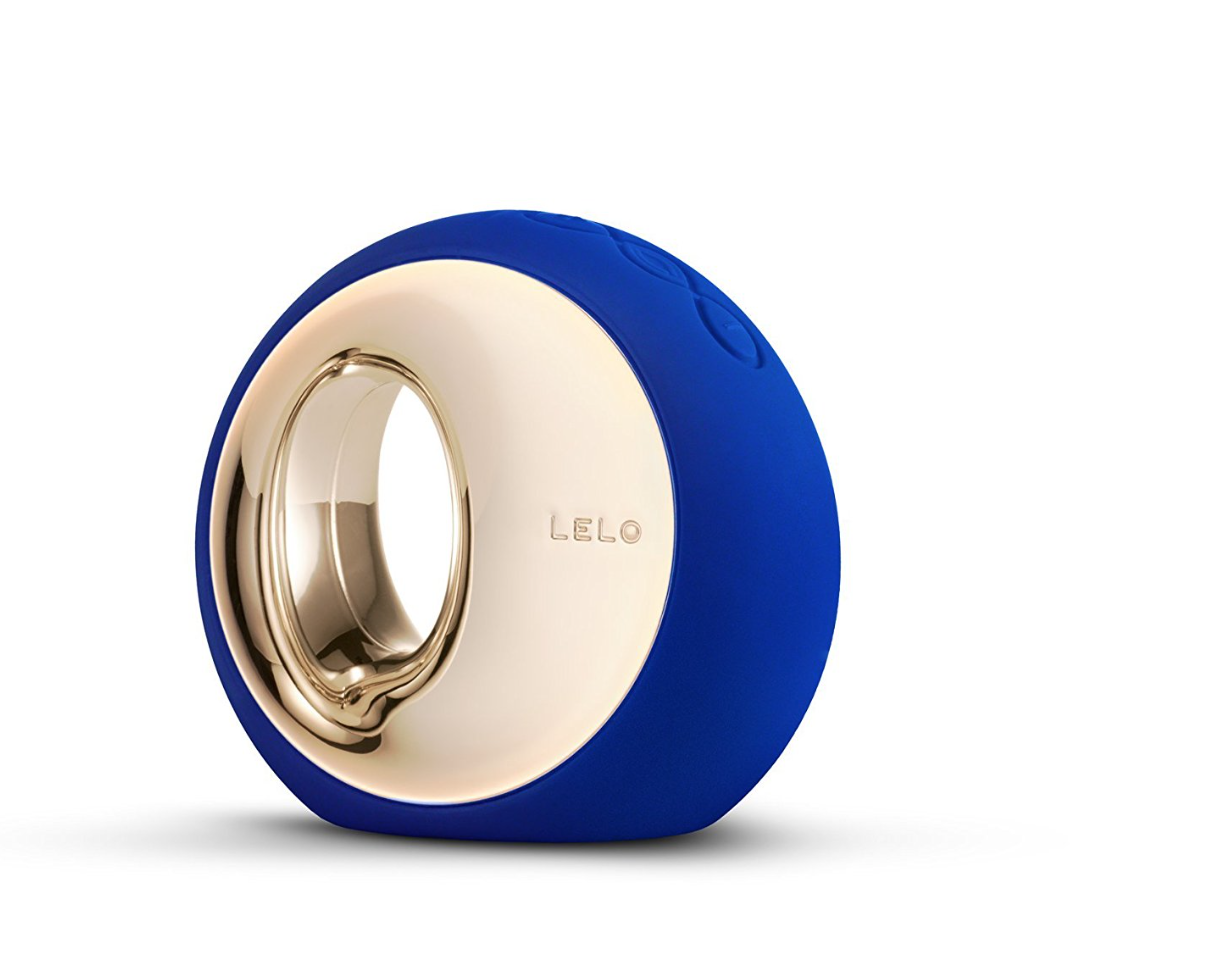 One of the most elegant of sex toys, the Ora 2 is possibly the last word in an oral sex simulation for women. The beauty recently won the Cannes Lions award for Product Design thanks to its beautiful form and swirling, tongue-like nub under the surface of the silky silicone. It also features SenseTouch, which increases the intensity of the vibrations on contact with your body.

5
For Both: Original Magic Wand 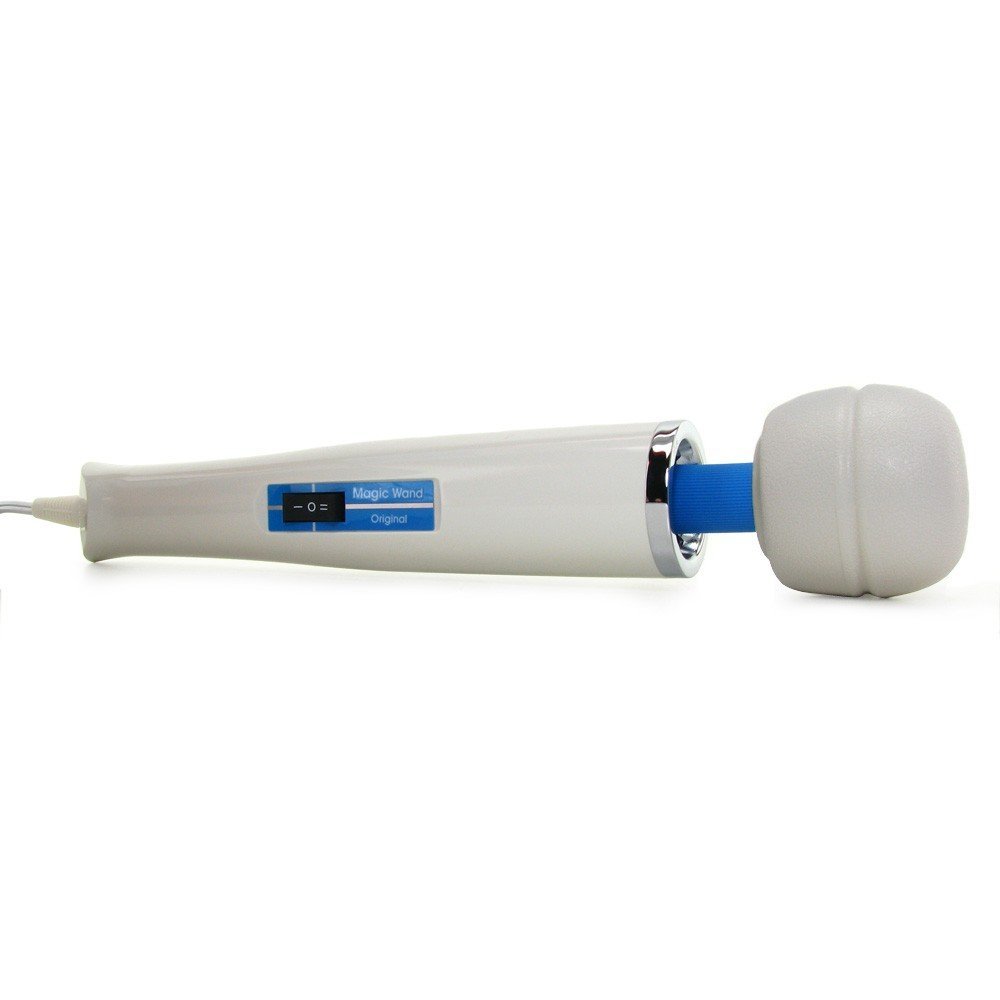 But by the late 1990s, the folks at Hitachi grew increasingly concerned that the company name was now so closely connected with a sex aid. (They were further spooked when they couldn't keep up with consumer demand in the wake of a 2002 Sex in the City episode that extolled the wand's potency.) Fearing that the brand was being besmirched by the wand's success, Hitachi temporarily ceased production in 2013.

But exclusive U.S. distributor Vibratex persuaded the company to continue manufacturing it under the name "Original Magic Wand" with the Hitachi name omitted. In 2016, the company released an award-winning new version of the wand that is both rechargeable and sports four speeds and four preset patterns. Both the new cordless and time-tested two-speed version of the wand are available on Amazon as are a number of "aftermarket" attachments made by other companies that are designed for all wands and all genders. Attachments like… 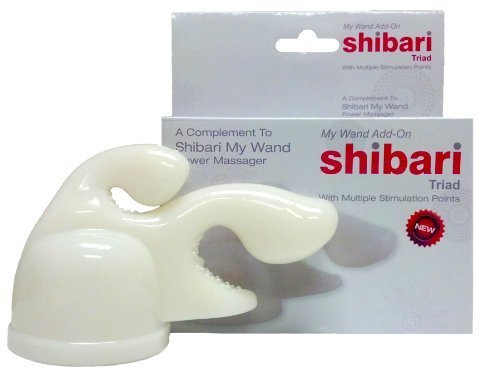 This attachment is truly a triple threat, designed to stimulate the clitoris, G-spot, and anus simultaneously. For only $10, that's a lot of bang for your buck. 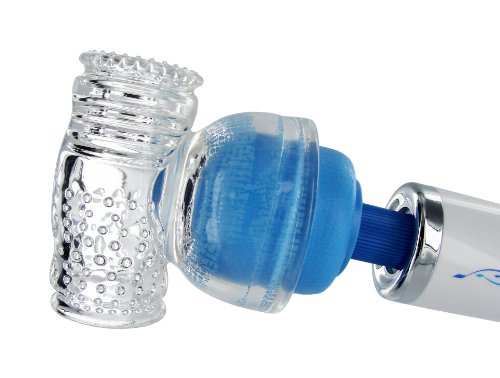 Compared to the number of add-ons designed to stimulate the clitoris and g-spot, there aren't that many wand attachments to stimulate the penis. Maybe that's because no one has yet improved upon the Hummingbird: a soft, knobbly, snug, ribbed, rubbery tube that the man slides his lubed penis into. Effective and efficient, this attachment is great for getting you to where you need to go in short order.

8
For Both: Njoy Pure Wand 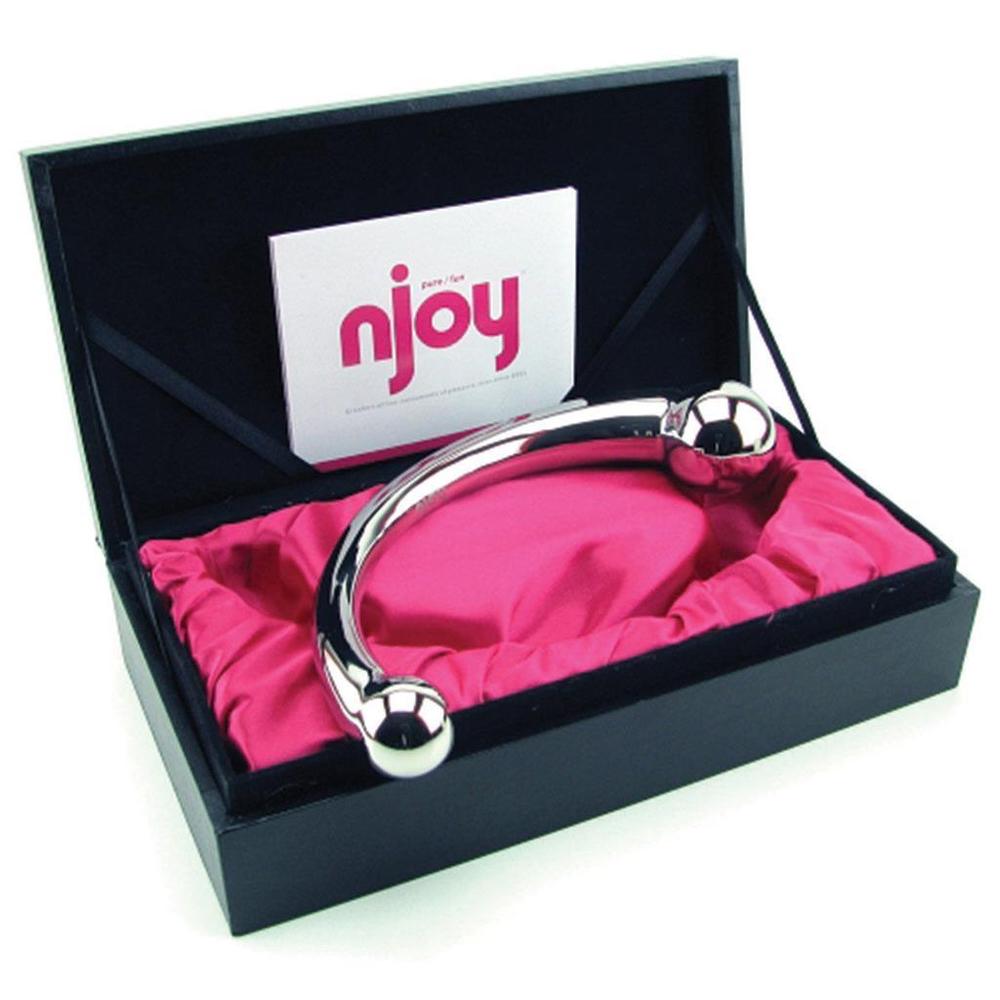 Like the Hitachi/Original Magic Wand, the NJoy Pure Wand has achieved near mythical status among users. Put it on your coffee table and this heavy, curved, ball-ended, stainless steel implement makes an arresting object d'art. (And in the hands of the wrong person, it could be deadly.) But used to stimulate a woman's g-spot or a man's p-spot—the prostate—the Pure Wand can make dreams come true.

9
For Her: The Womanizer, Black Leopard 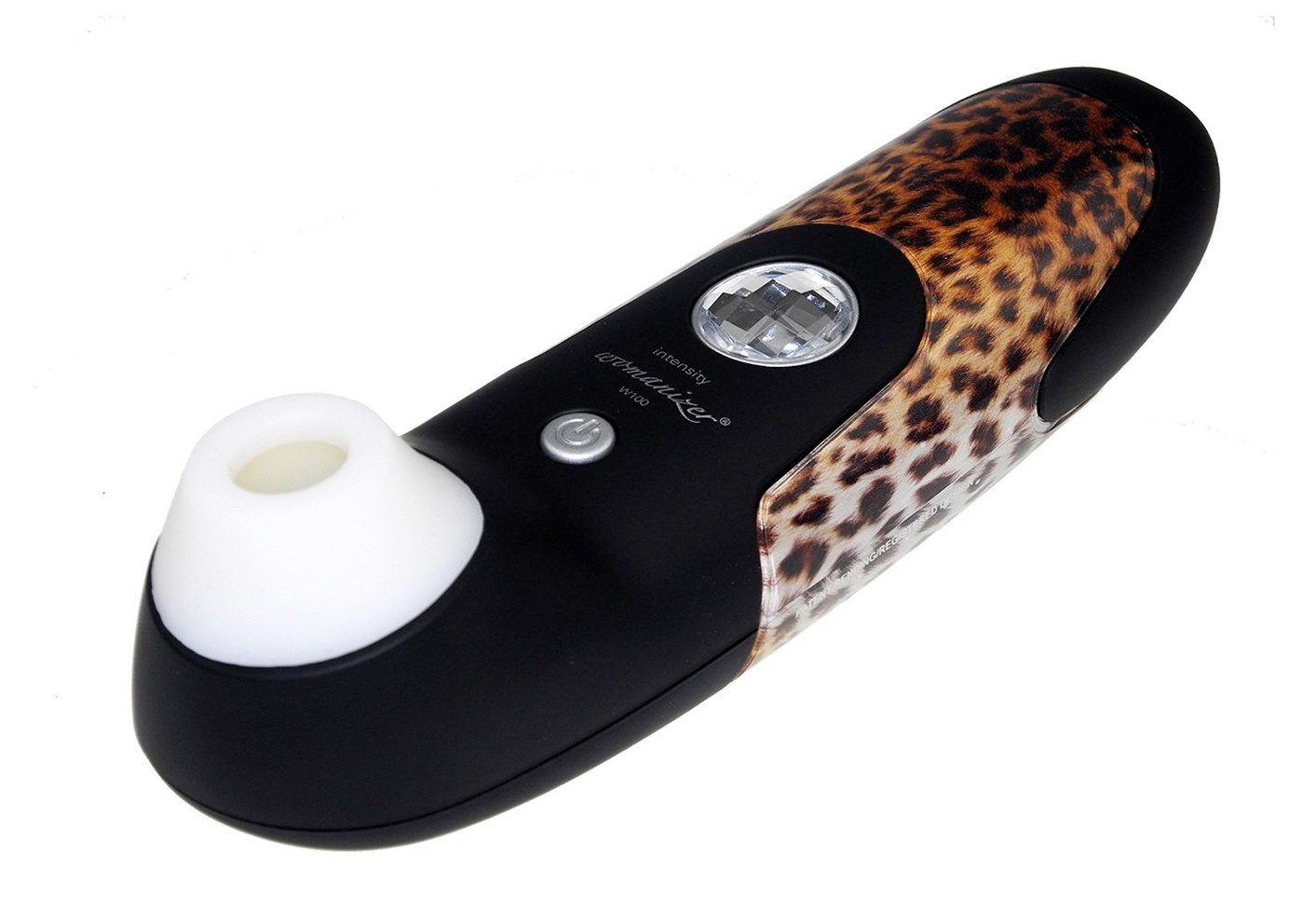 The name is a little odd—and the animal print design on the toy's exterior is a little corny—but fans are more than happy to put up with those aspects given what the thing delivers: endless orgasms. The Womanizer range features something called PleasureAir technology, which enables the clitoris to be stimulated without direct contact. The toy creates a seal around the clitoris then sucks and vibrates. Fans say it's like having unlimited anytime cunnlingus in your purse. 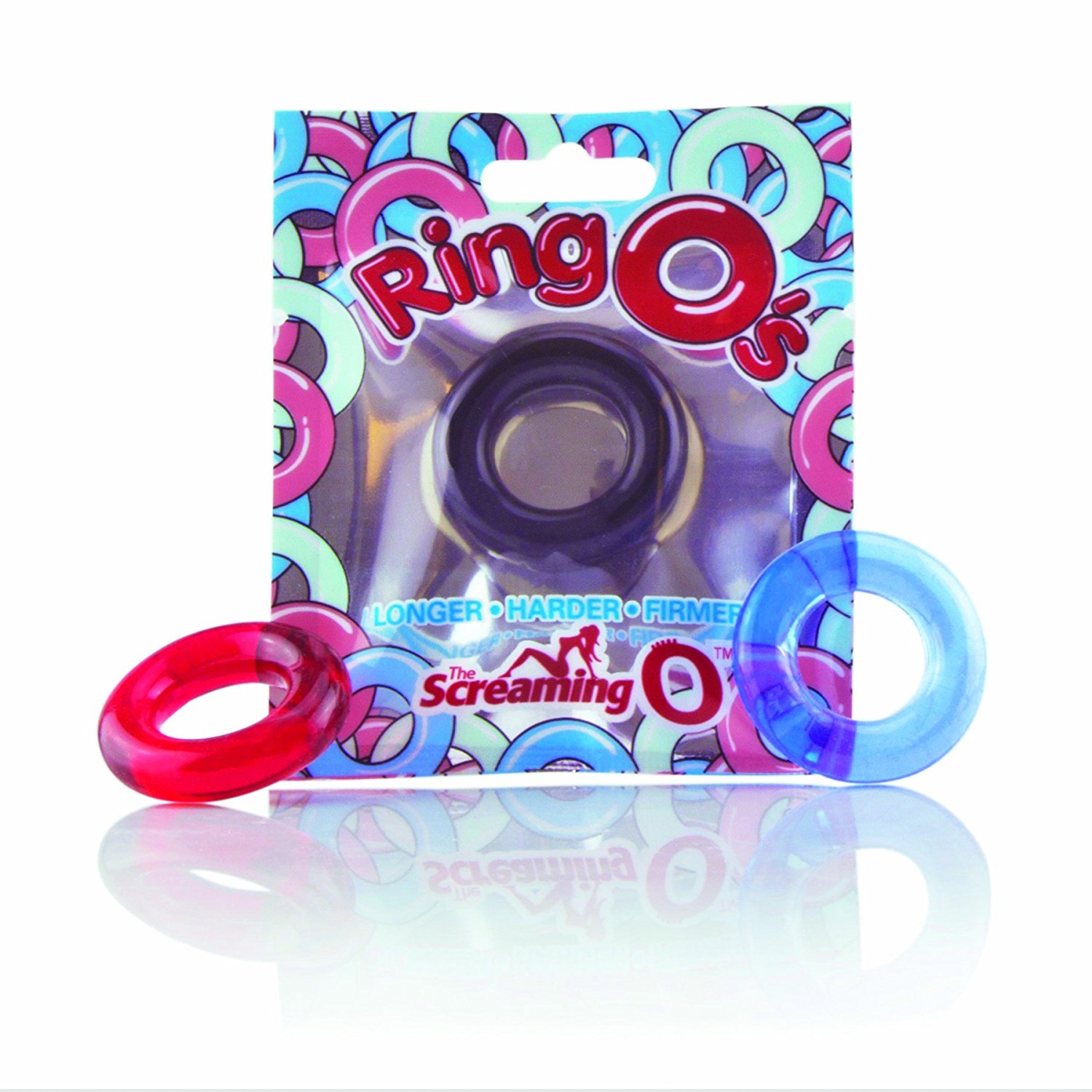 Cock-rings work by restricting blood flow from the penis thereby creating an extremely engorged erection. The Ring-O is stretchy, meaning that it's safer than metal rings, which have no give. Still, wearing one for more than 30 minutes at a time is probably not a good idea. He's going to wear the ring—but, given this very simple product's ability to maximize the size and rigidity of his penis, his partner is likely going to get some value out of it too.

11
For Her: The Rabbit Habit 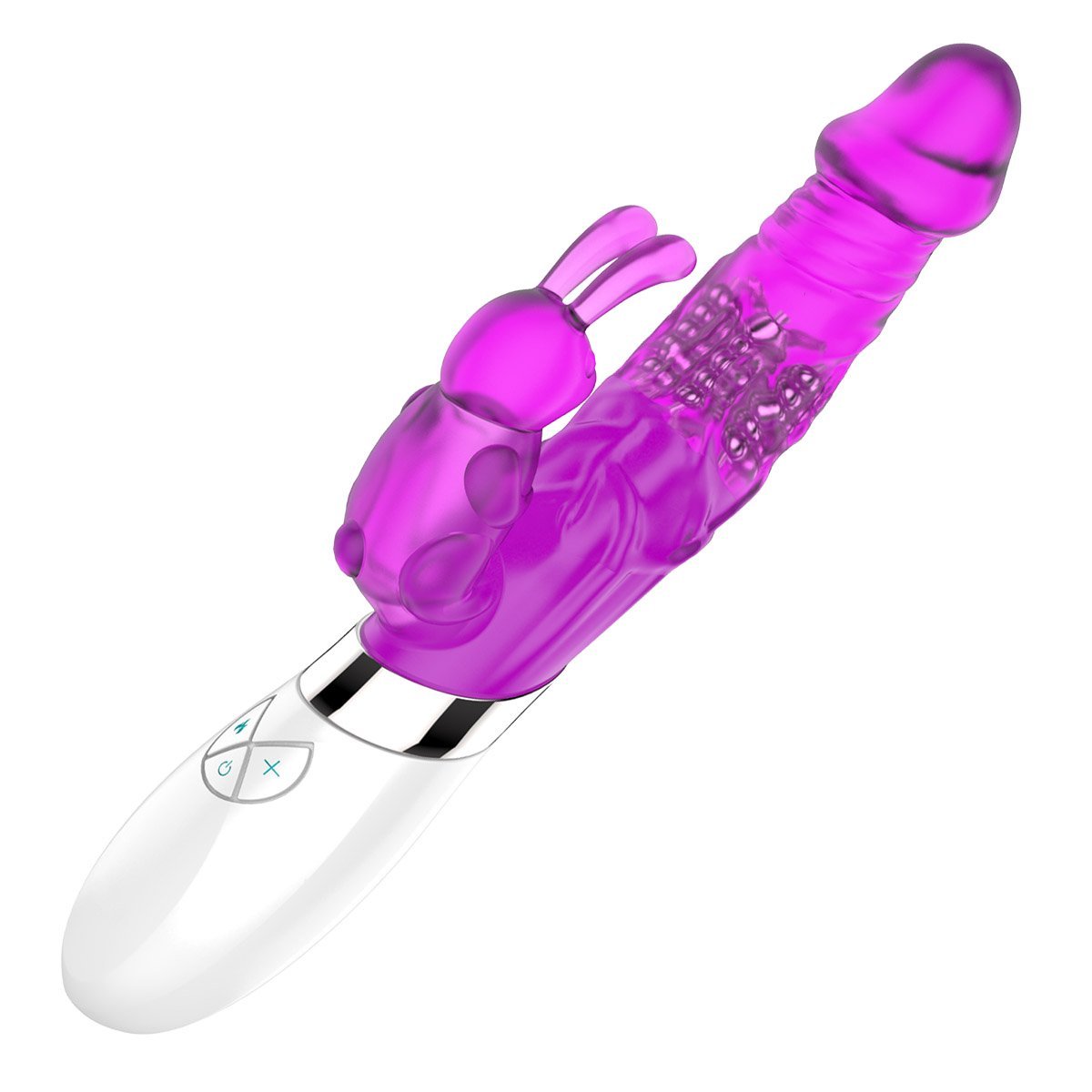 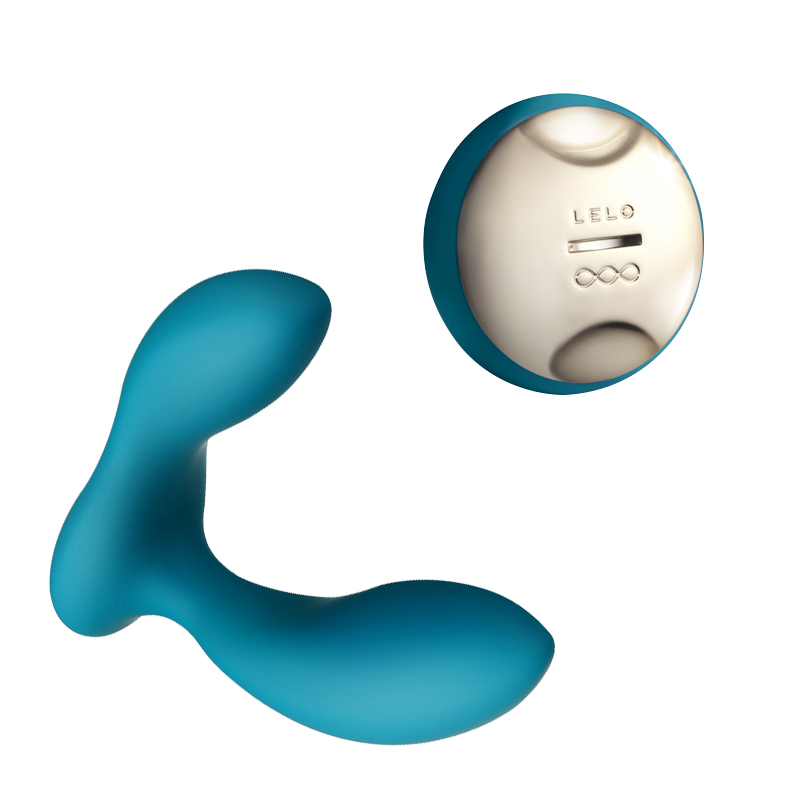 Hugo is the world's most powerful remote control vibrating prostate massager. Like all Lelo products, it's beautifully designed and made from fully waterproof silicone. You can wirelessly control the massager from up to 12 meters with Lelo's trademark motion-sensitive controller. It has eight exciting settings, opening up endless pleasurable possibilities when he's solo or playing while "activated."

13
For Her: The Sqweel Go Oral Sex Simulator 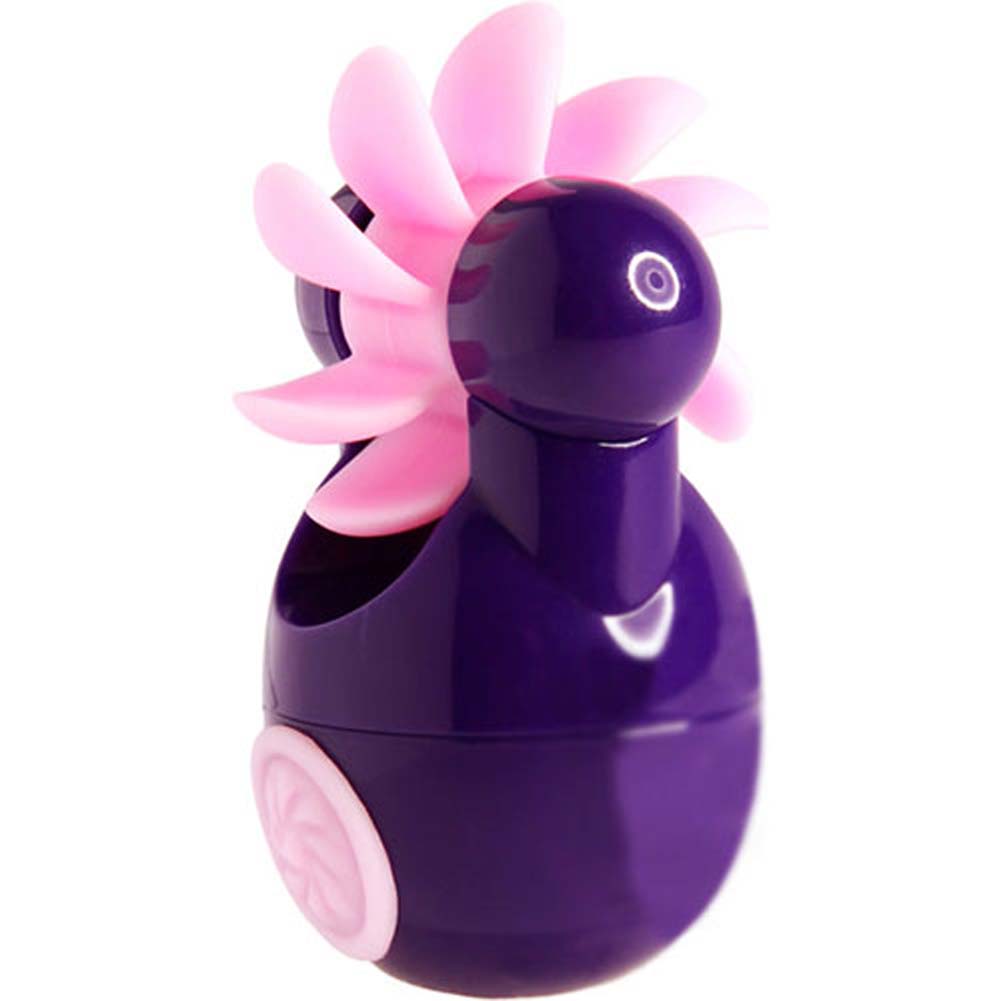 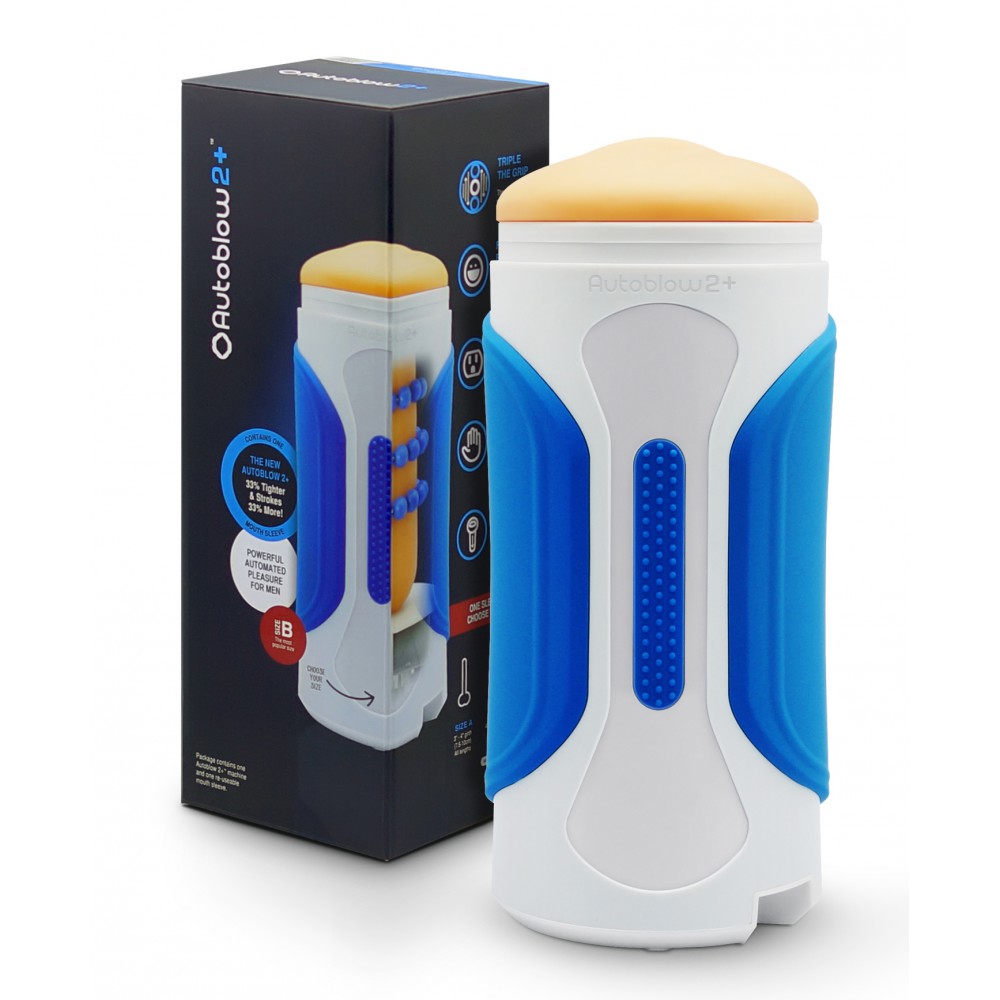 The Autoblow 2.0 is a "crowdfunded oral sex robot for men." It's a little bulky, sure, and looks like a 48-ounce Thermos with a power cord hanging out of it. But interchangeable, easy-to-clean skin-like sleeves come in 3 sizes to accommodate dudes of every size. Put your knob inside and three rows of beads start rubbing your penis to simulate oral ecstasy.

15
For Both: Rebellious Ryan by Sexflesh 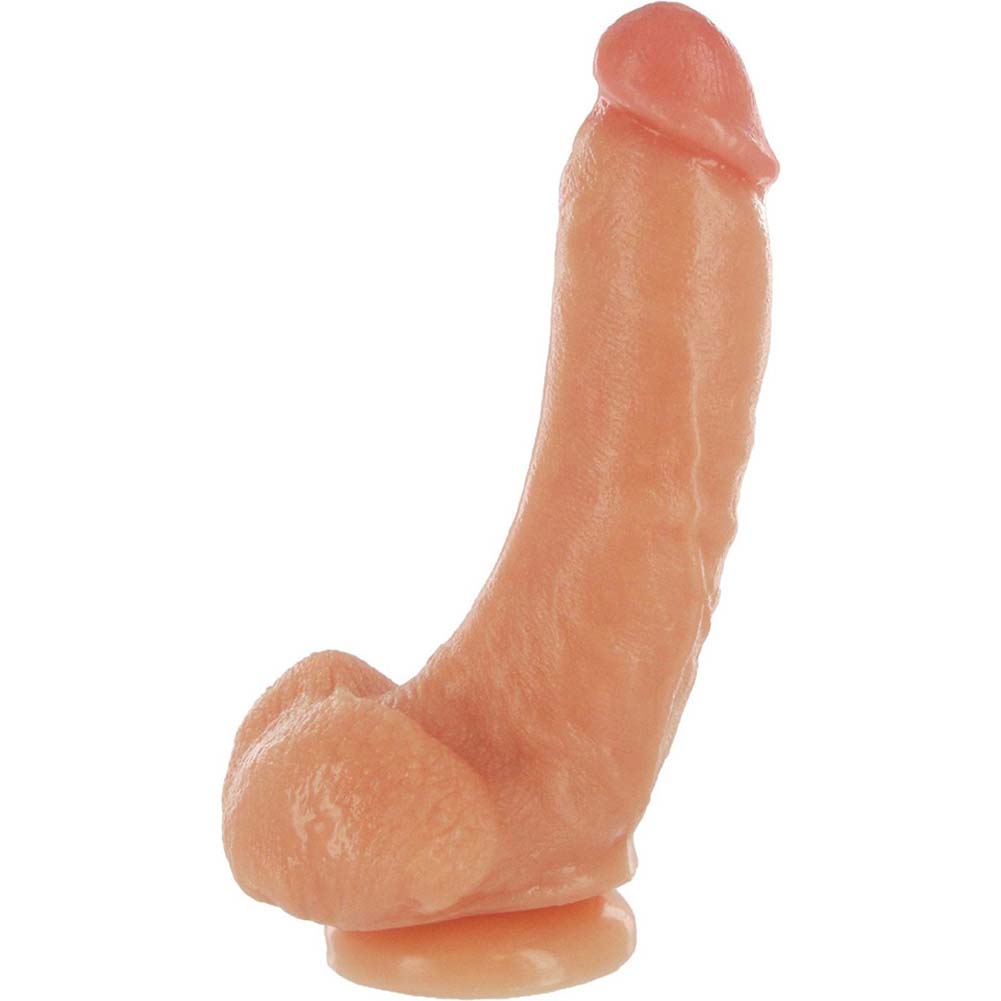 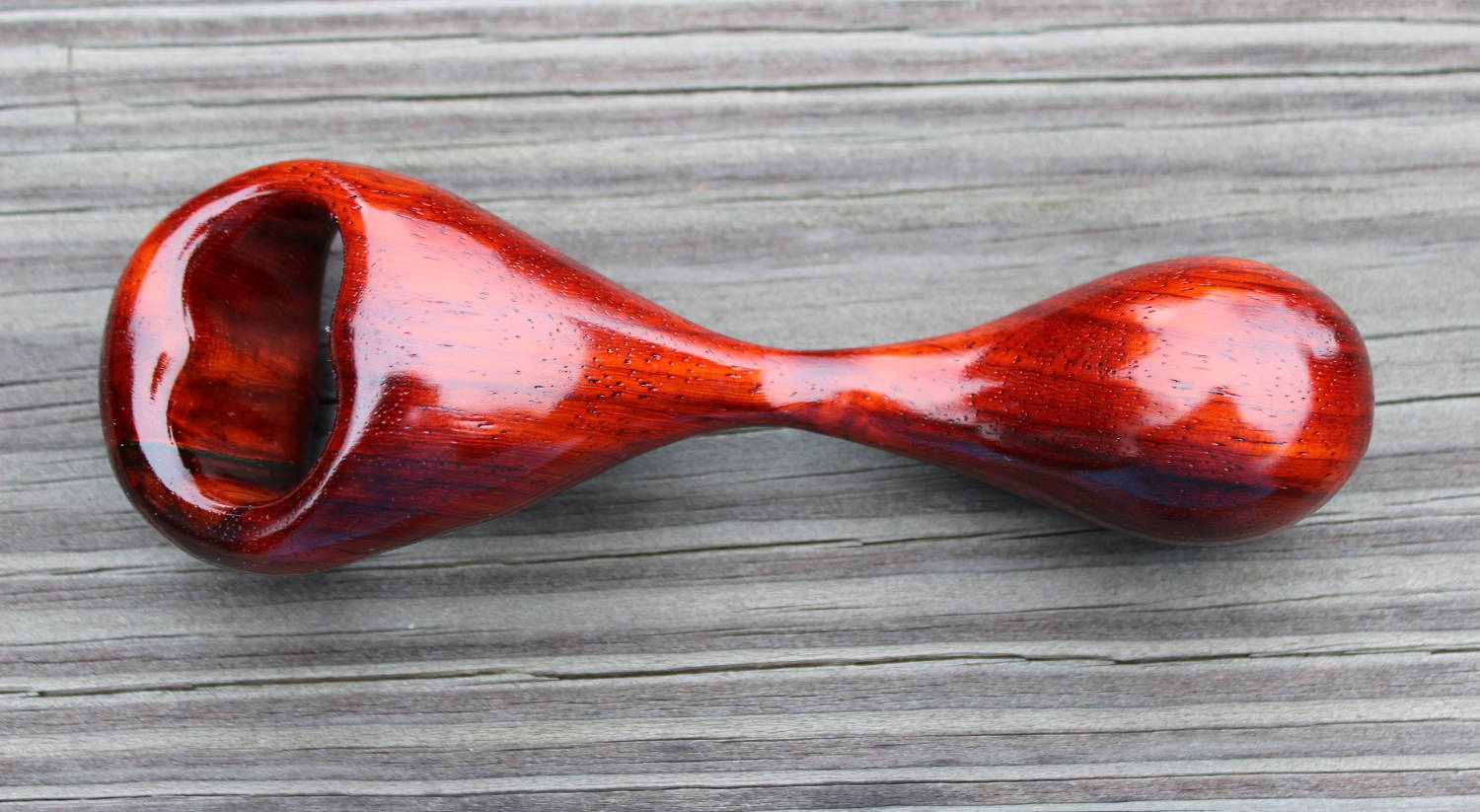 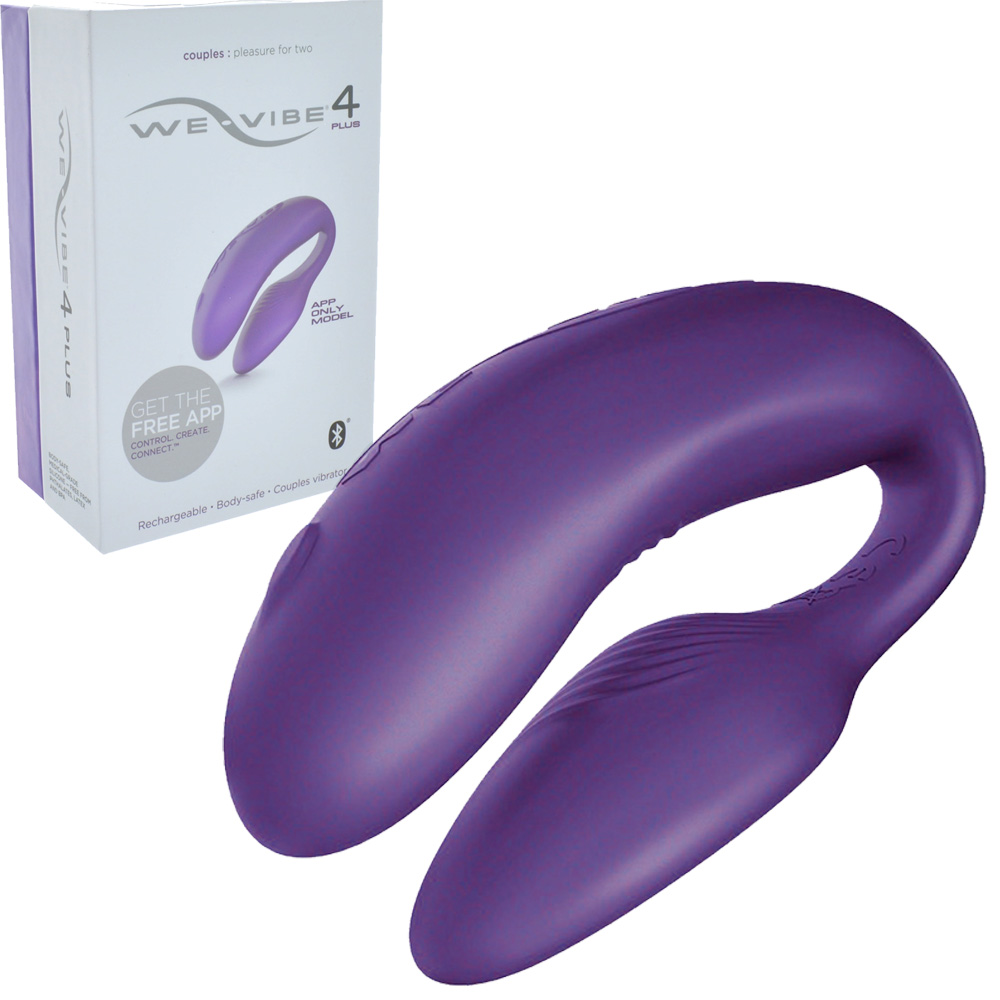 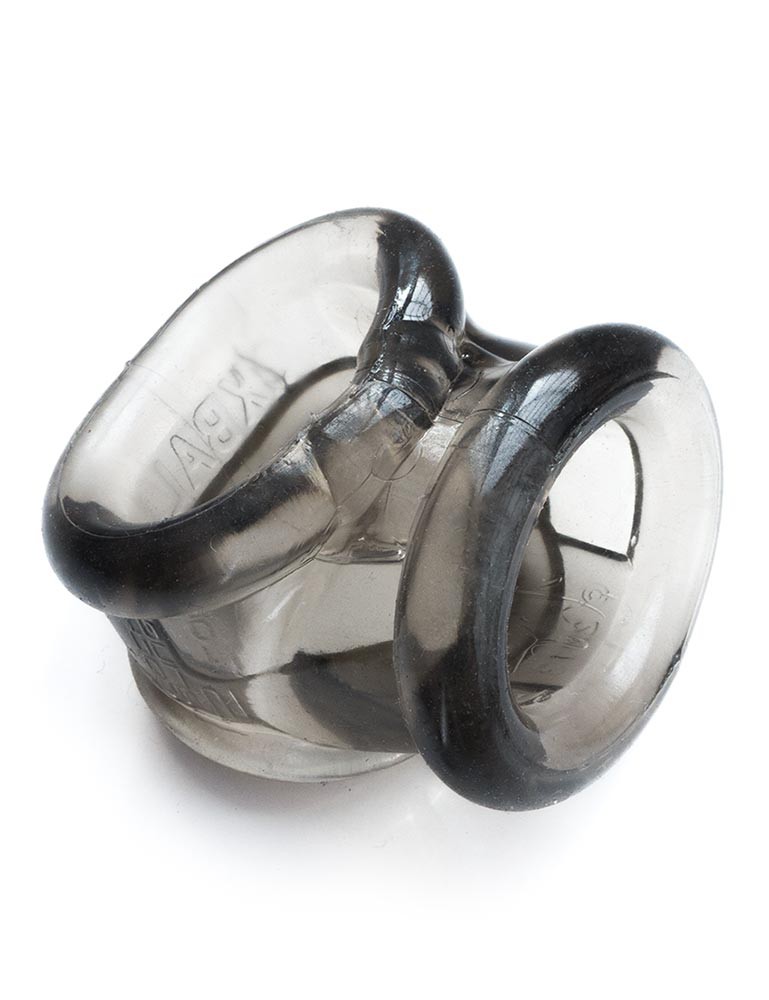 Yet another iteration of the cock-ring, a cock-sling differs in that it wraps around the testicles as well as the penis, effectively stretching your plums out and pulling them them away from the body. 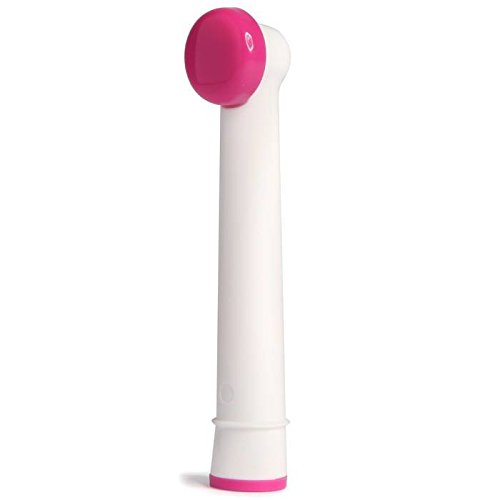 Compatible with most Braun Oral-B toothbrushes, this plastic attachment turns one of the world's best selling toothbrushes into a sex toy—pretty neat. 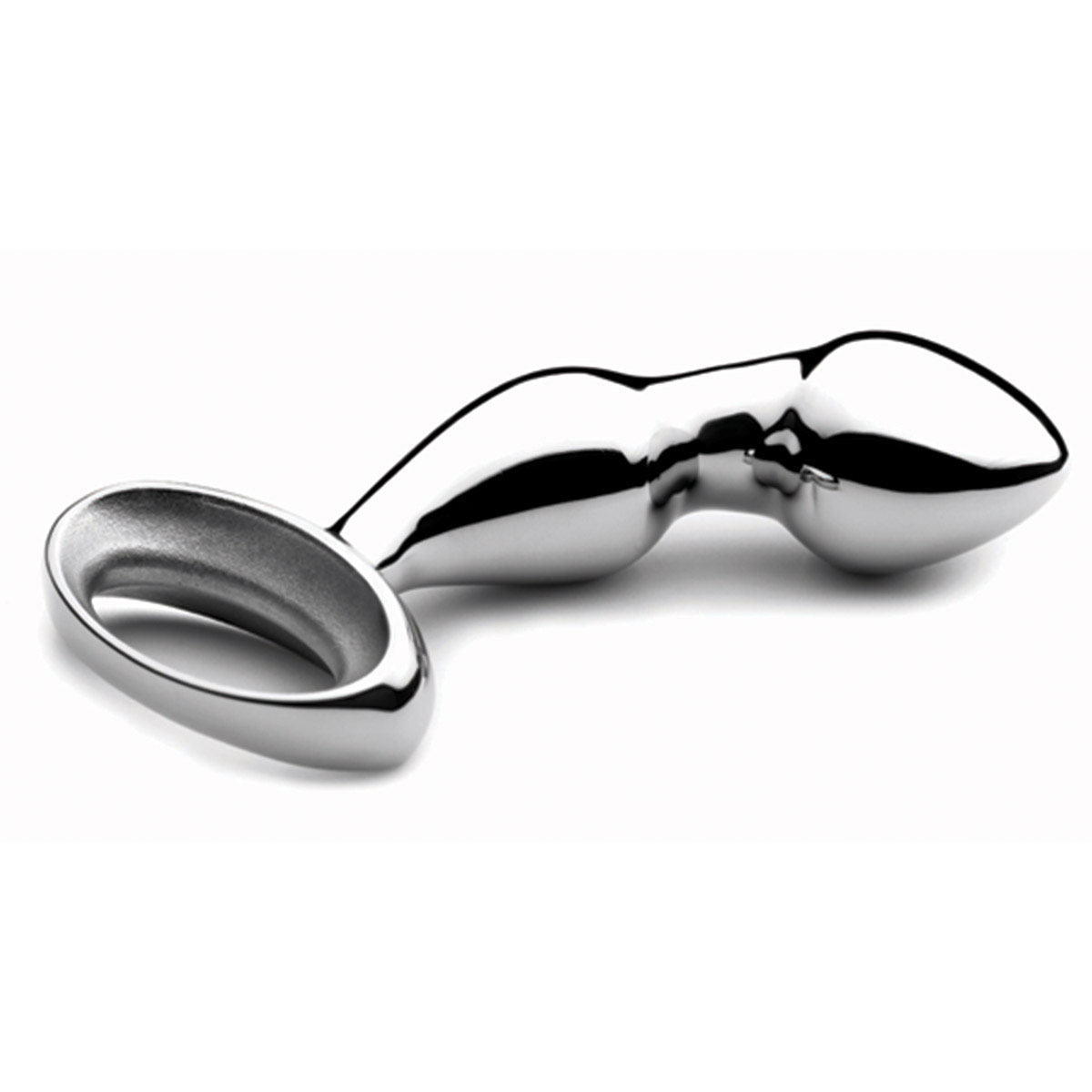 It's almost as though the folks at NJoy actively set out to design a butt plug reminiscent of the T-1000 from Terminator 2. It looks like liquid metal and is specifically engineered to target a man's p-spot. "Whether manually controlled, or activated with the user's own muscles in hands-off mode, the Pfun Plug prods the P-spot with precision," say the makers. 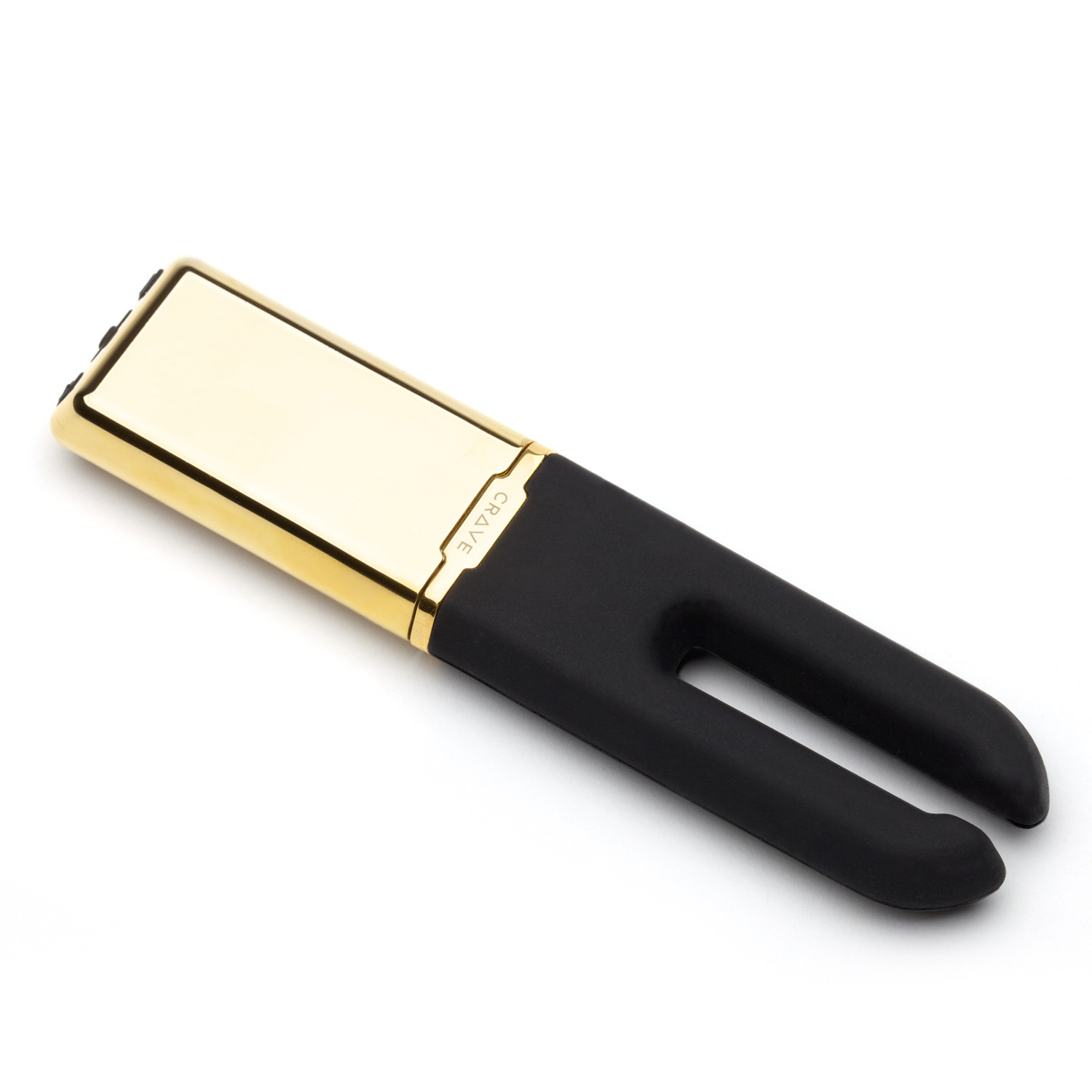 It's becoming clear that over at Crave, they put an emphasis on elegance and beauty with their sex toys. (If you'll recall, they make the wearable Vesper from the top of this list.) The Duet is designed to deliver powerful and precise vibration for her clitoris and comes equipped with four vibration patterns and four intensity levels, enabling a variety of sensations. The detachable electroplated base is so discreet that your co-workers would never guess the sort of evening you're preparing for.

22
For Both: SVAKOM Wendy 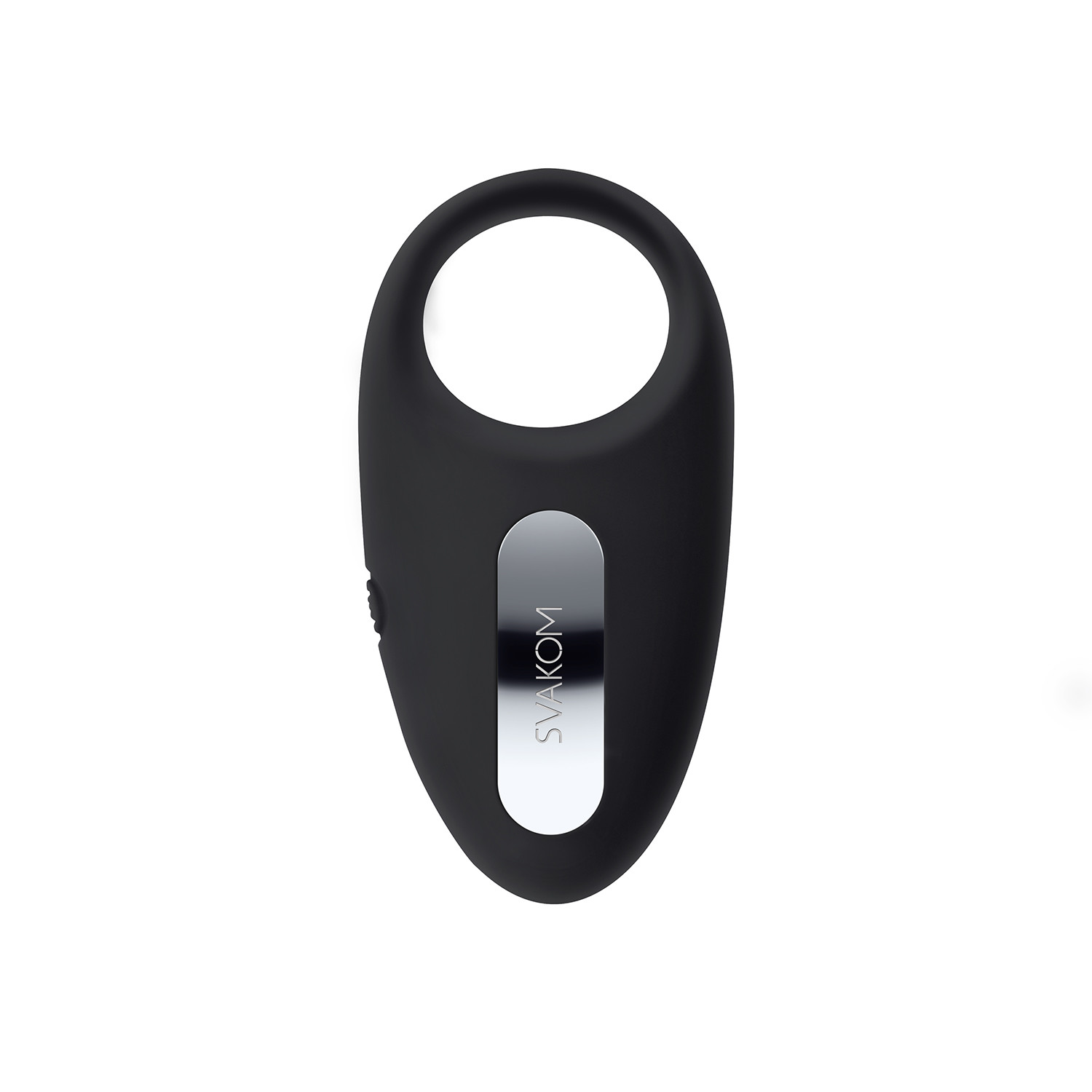 It's another great looking, vibrating cock-ring, to be sure—but the Svakom Wendy is designed with female pleasure in mind, as implied by the fact that it has a woman's name. Stretchy enough to accommodate any sized member, it's also waterproof, meaning that you can incorporate it into sexy-time shower fun.

23
For Him: The Fleshlight 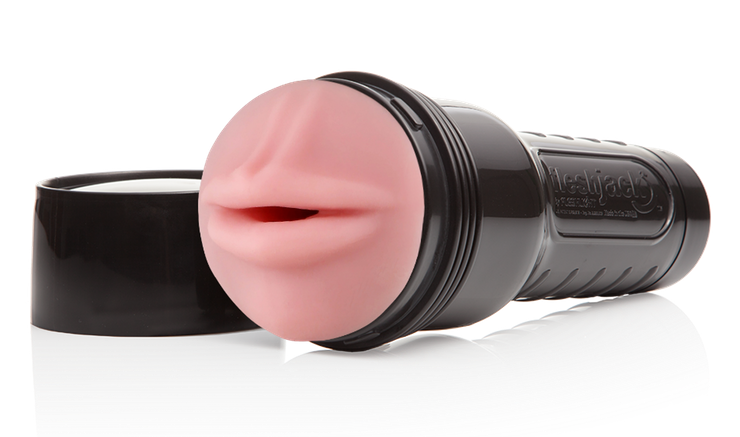 Whereas some sex toys are sophisticated, chic, and discreet, the Fleshlight is….not. It's a male masturbator that looks like a flashlight that has a silicone approximation of a vulva at one end. But, hey, it does the job, and word is out. Eight million of these have been sold so far, making it one of the best-selling sex toys in the world. 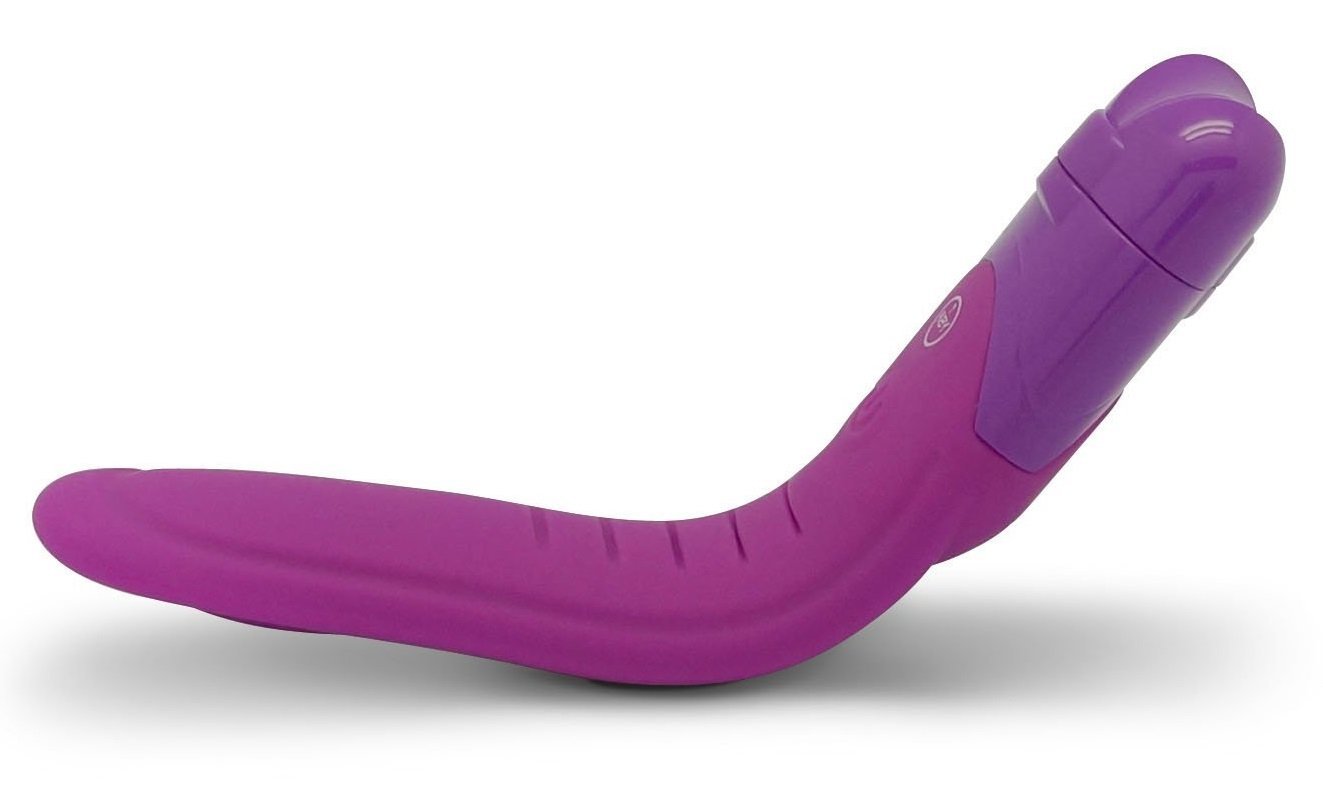 They call this one the Swiss Army Knife of vibrators. Why? Because in addition to being waterproof, this crowdfunded renaissance sex tool features an ergonomic shape for clitoral stimulation, a shaft to hit the G-spot, and a flat side to use as a spanker.

25
For Both: The Bootie by Fun Factory 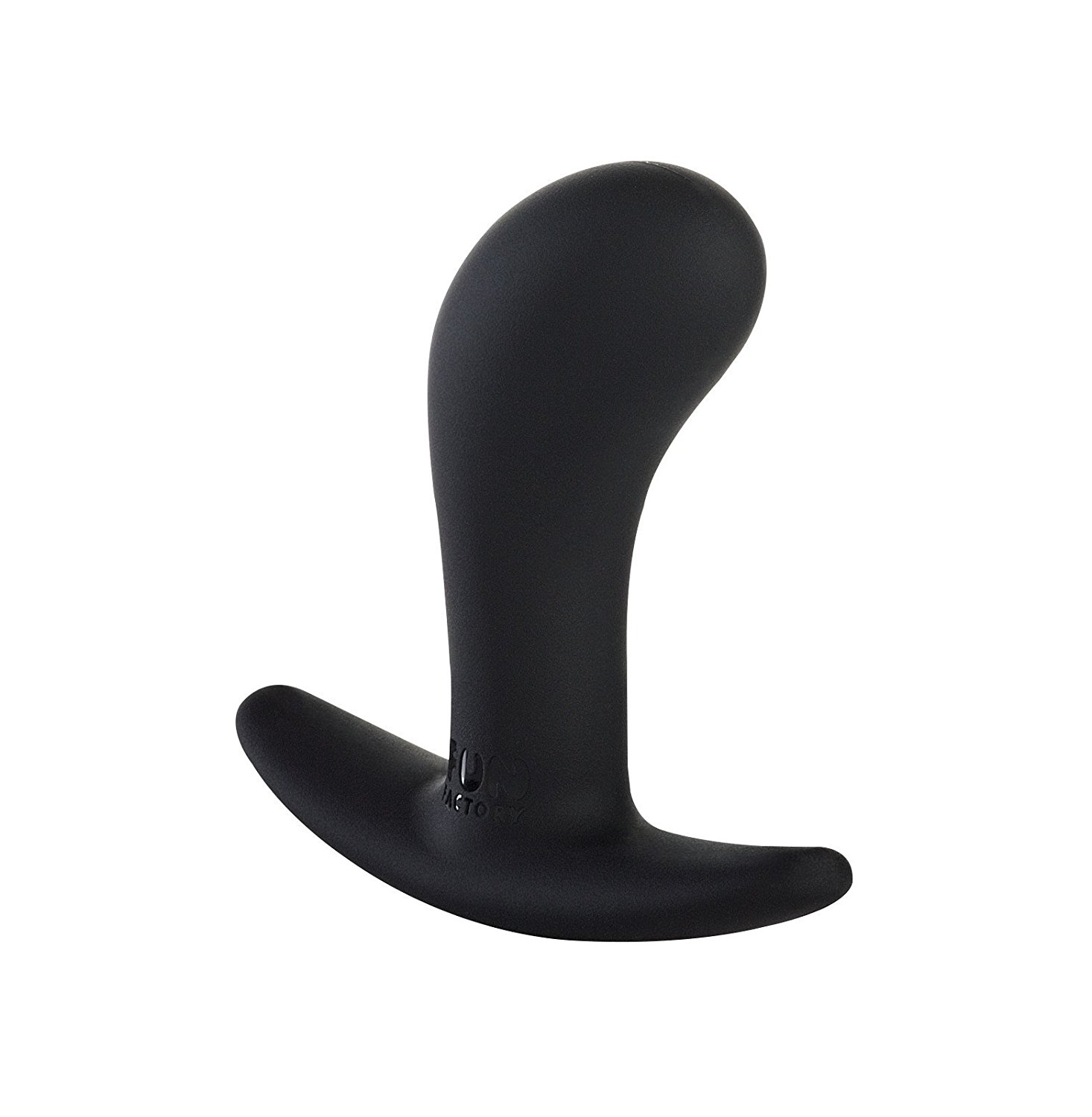 26
For Her: Stronic Drei by Fun Factory 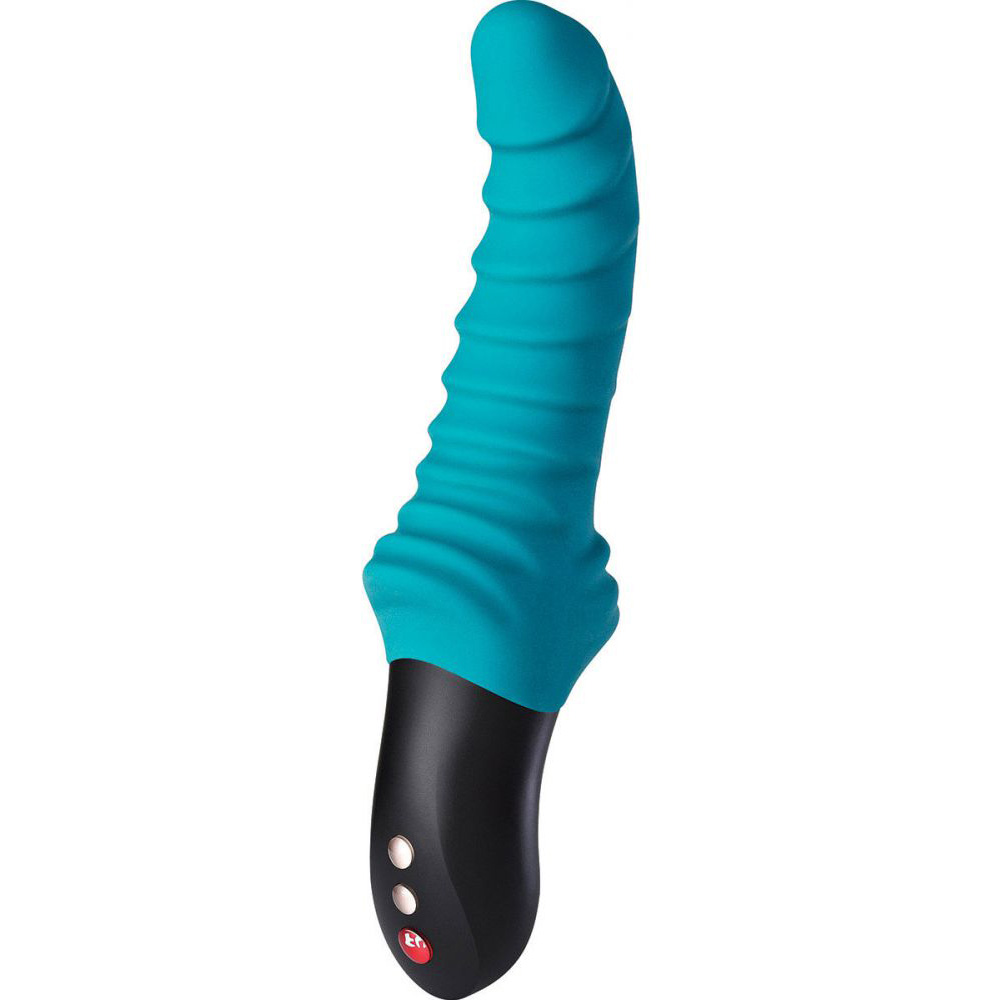 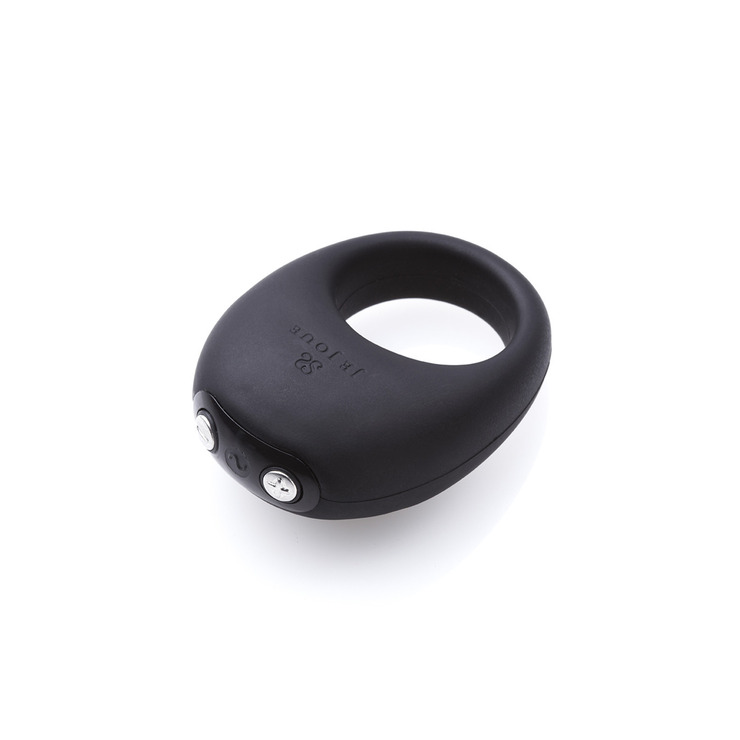 28
For Him: Helix Sin by Aneros 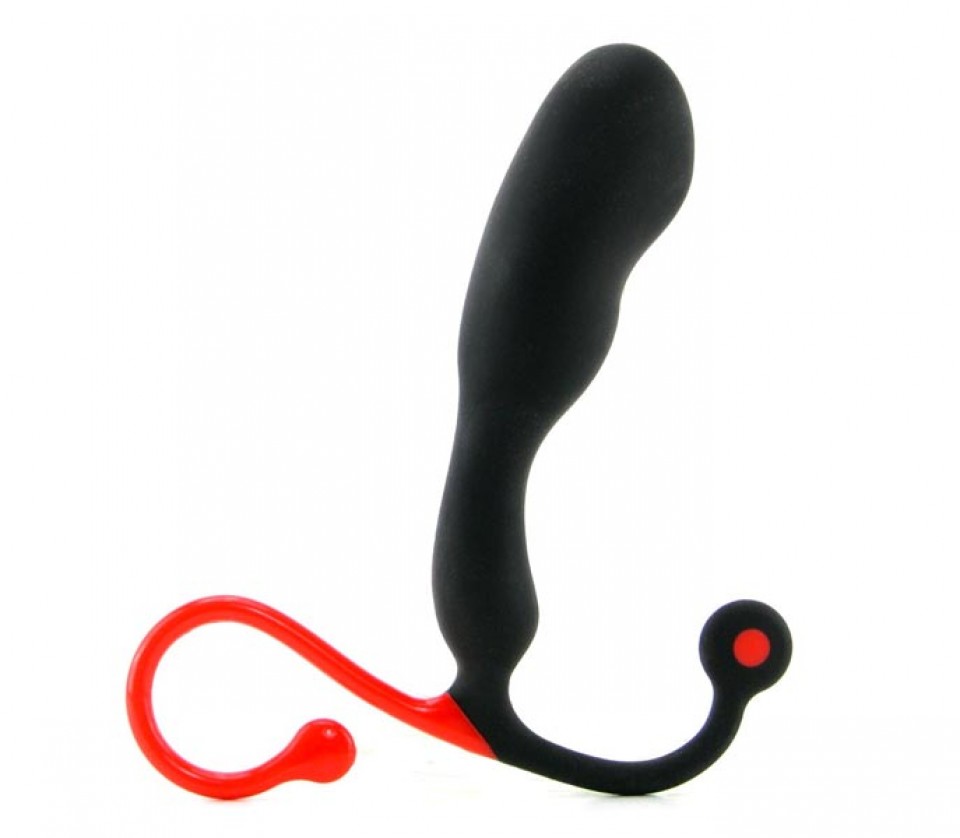 The winner of the Xbiz male pleasure product of the year, the The Helix Syn features the silky smoothness of "velvet touch" silicone for a more comfortable introduction to prostate massage. It has a solid inner frame, allowing the Syn to maintain the rigidity necessary for the mind-blowing prostate stimulation experiences Aneros stakes their reputation on.

29
For Her: Frisky Labia Spreader 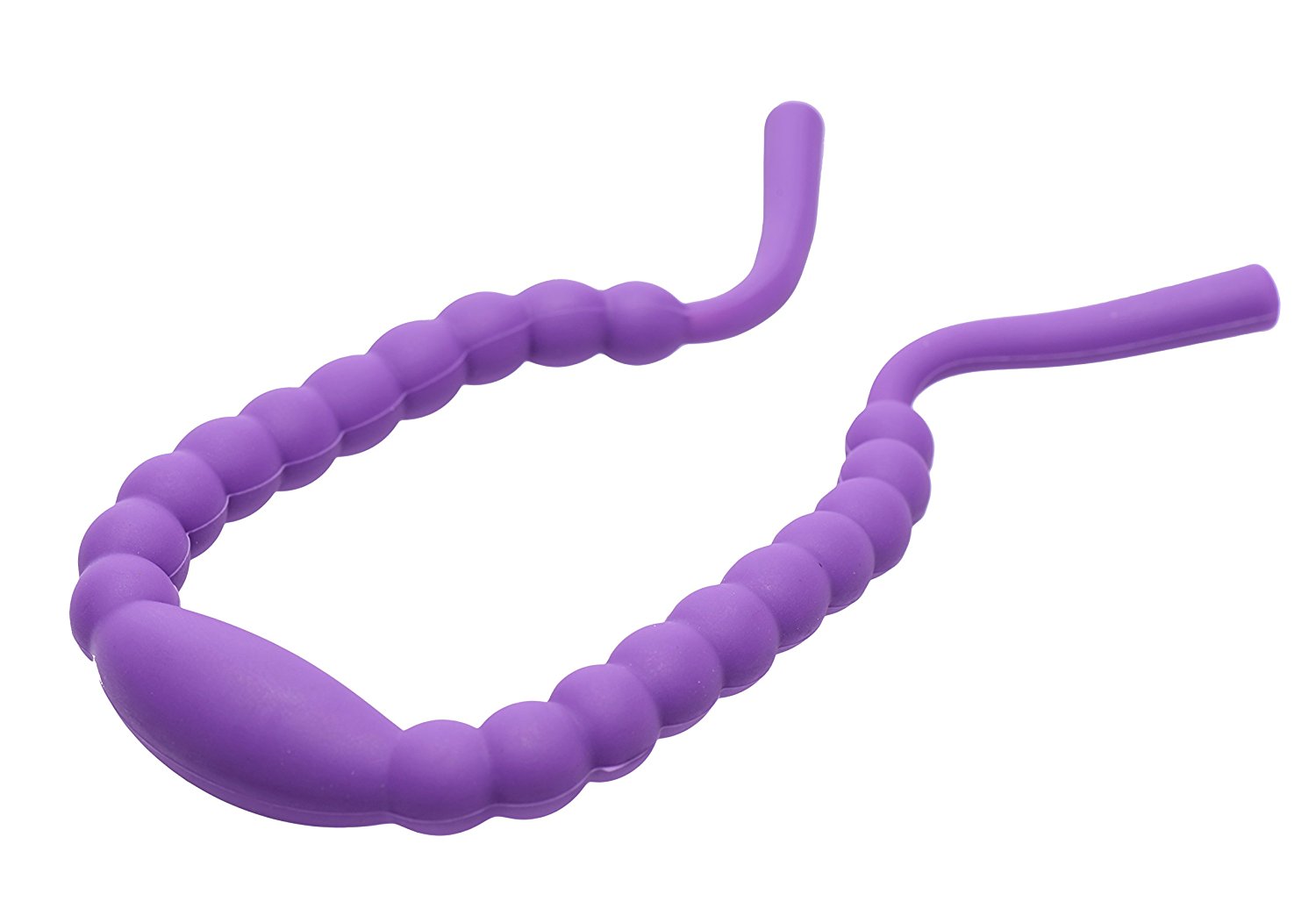 Getting unfettered access to the clitoris can be tricky sometimes. That's why some enterprising minds came up with a silicone labia spreader. You bend it in half, slip it inside—the bump in the middle helps stimulate the G-spot, as a bonus—and voila: hands-free labia spreading that exposes the clitoris for fuss-free oral.

30
For Him: Bootie Ring by Fun Factory 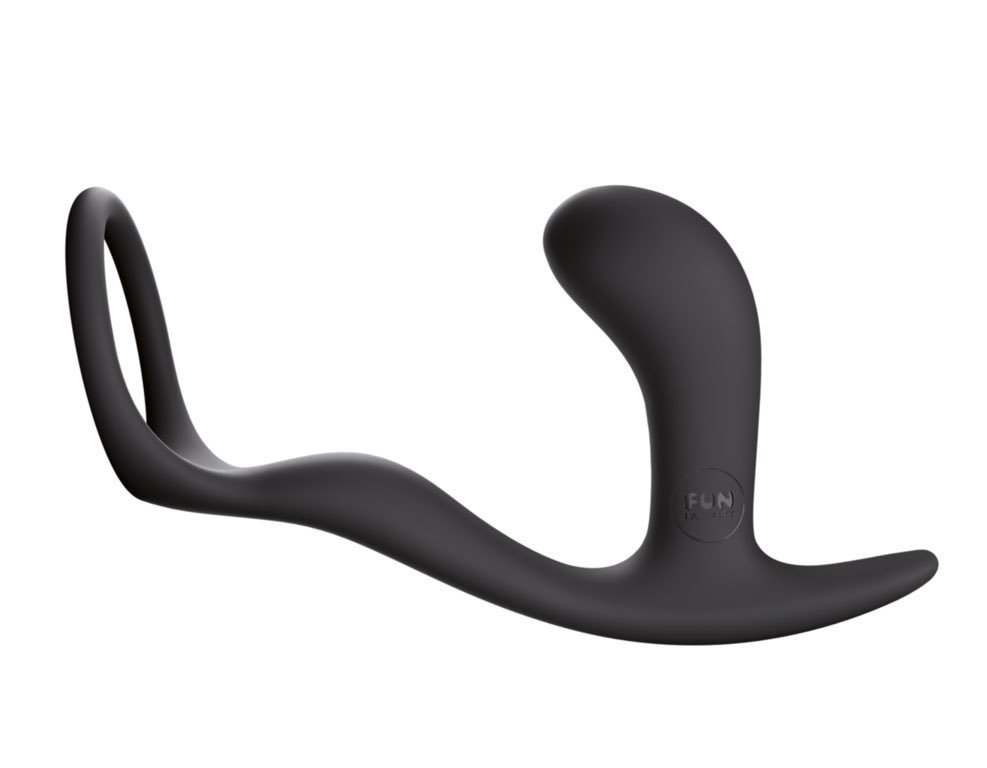 Many sex toys that are for guys on this list are variants of either cock-rings or prostate massages. It was only a matter of time before people started engineering toys that combined the two. And one of the best-rated out there is the Bootie Ring from Fun Factory. Enjoy.