Men With These 3 Personality Traits Have the Most Sex, Study Shows

These 3 traits translate into pure magnetism in men.

It should come as little surprise that certain personality traits determine success in a person's career, finances, or relationships. Yet up until recently, little research had explored which personality traits determine a subject of much importance to many: a thriving sex life. As one Australian study now shows, men who exhibit a combinations of just three key personality traits have more frequent sex (and more children) than other men. According to the behavioral economists behind the study, these particular traits give those men a "mating market competitive advantage."

The study, published in the international journal Personality and Individual Differences, used data from an online sex survey widely distributed in Australia, in which participants were given a "BIG 5" personality test and asked a series of socio-demographic questions. The Big 5 test, also known as the five-factor model, has been used as a tool in psychological trait theory to measure the five traits that some psychologists believe make up the core of your personality. Those traits are openness, conscientiousness, extraversion, agreeableness, and neuroticism, each of which is measured on a five-point Likert scale.

So, which traits boost a man's magnetism? Without further ado, these are the personality types most often associated with robust sex lives. Read on to find out whether your own personality is helping or hindering you in the bedroom. And for more on irresistible personality traits, check out The No. 1 Thing Men Do That Others Find Sexy.

Men with this particular combination of traits tend to be the life of the party. As extroverts, they're typically self-confident, talkative, and quick to make connections with others. With high levels of agreeableness, they're also regularly perceived as kind, warm, compassionate and considerate. It's no wonder men of this type have more sex: these are all qualities that women report being highly important in a partner. And for more on decoding attraction, check out How To Tell If a Man Wants Love or Sex.ae0fcc31ae342fd3a1346ebb1f342fcb

Men who are highly extroverted and conscientious are as cool and confident as anyone, but they also bring something else to the table: they're self-disciplined. These are men who value consistency, self-control, and their ability to achieve lofty goals: all traits that can lead to higher levels of career and monetary success. While some might assume that flexibility and spontaneity (associated with lower levels of conscientiousness) might be an attractive quality in a mate, individuals with those qualities can come across to a potential partner as unreliable or less successful. 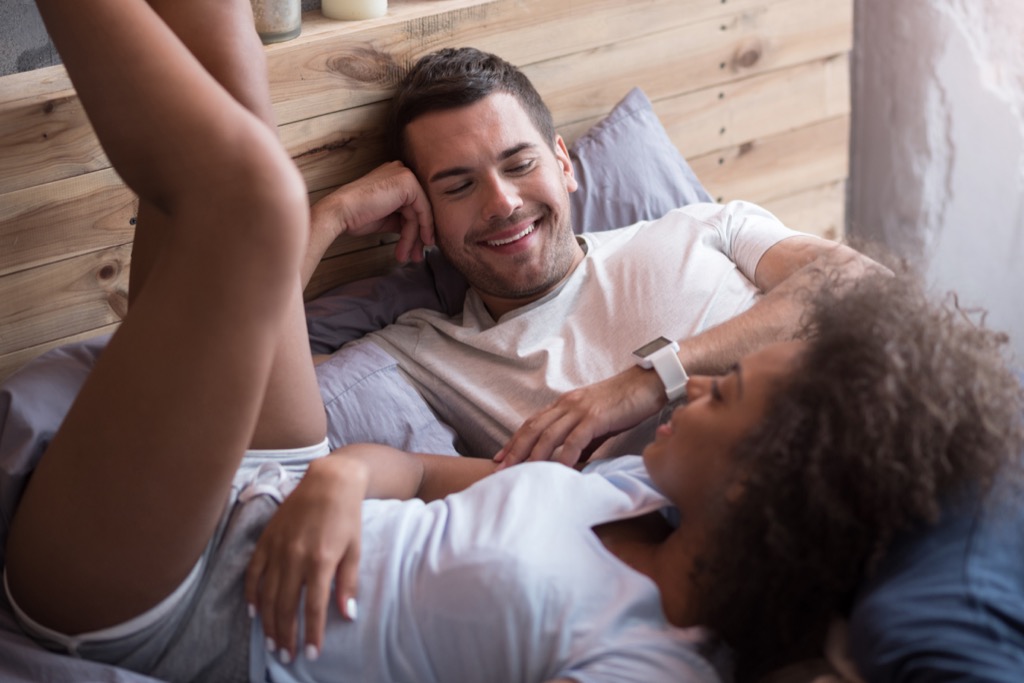 A man with this combination of traits (each of which is featured in a personality profile above) is often perceived as kind, thoughtful, reliable, and successful. While men of this type may be less charismatic or confident than someone that's highly extroverted, they let these other fine qualities do the talking. And, find out how your own sex life compares to the average American's: This Is How Often You Should be Having Sex, According to Experts.