Thou shall not selfie!

In 2015, Anna Wintour banned social media of any kind at the Met Gala (the rule has now been bended to apply only to selfies). Wintour didn't explain why she passed down this law, though many believe it was either designed to allow photographers to get good glam shots or prevent everyone from being buried in their phones throughout the night, or both.

Last year, the Kardashians flouted this strict rule, with Kylie Jenner taking a now-infamous selfie in the bathroom (where celebs also memorably broke the Met's rules about not smoking in the bathroom).

Took a selfie with Sarah Jessica Parker, who was wearing a full on Nativity Scene by Dolce & Gabbana on her head, as the most dedicated dresser for the "Heavenly Bodies" theme. 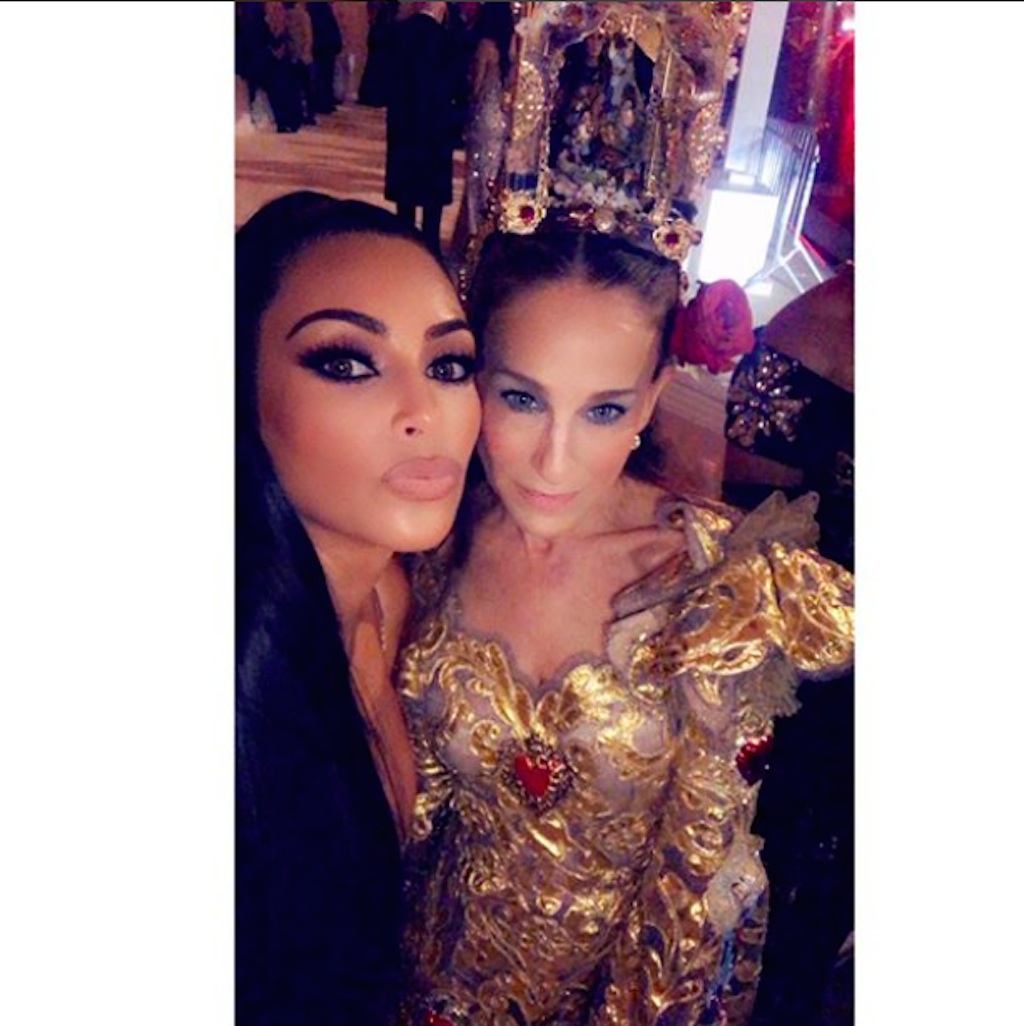 She posted a video dancing to Madonna's "Like a Prayer" with Bella Hadid.

Along with the moment Madonna herself made her celestial appearance.

Mama Jenner got in on the fun as well, along with Cardi B.

She even managed to make a short music video with her sisters. 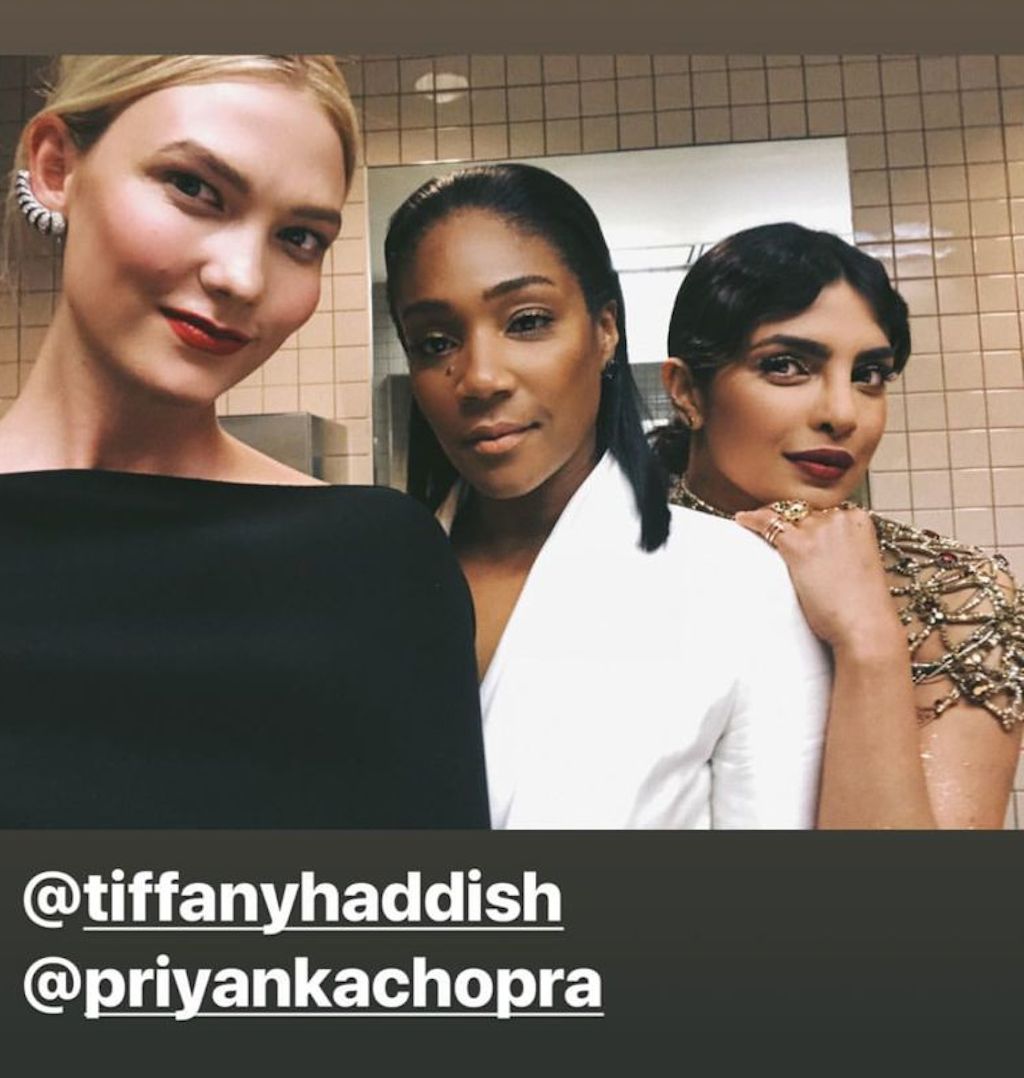 After all, Kim Kardashian is nothing if not a rule-breaker when it comes to selfies, and, really, is Wintour is going to ban her from attending the Gala for flouting the law? We think not.

Besides, back 2015, a source told Page Six that the ban "has solely to do with guests' security and enjoyment of the event." And it certainly seems like the selfies aren't getting in the way of their enjoyment. For more of the inside scoop on prom for celebrities, the Couple That Won the Met Gala This Year.