15 Science-Based Tricks to Boost Your Happiness Every Day

We'd all like to be a little bit happier. But while advice on boosting those feel-good feelings can fill entire bookshelves—if not libraries—it can sometimes be tough to distinguish between credible, actionable advice and feel-good platitudes that don't actually make an impact.

To help discern between the two, the best bet may be to turn to science—psychologists, neuroscientists, and researchers of human behavior have all tackled the question of "how can humans be happier?" and have found a number of answers—some that may even surprise you. Here are 15 genius ways, backed up by science, to boost your happiness. For more on happiness, check out The 50 Greatest Happiness Hacks.

1
Add Personality to Your Workspace

"While taking long, personal calls at work to speak with your spouse or cat psychic might not be a great way to win over your boss, bringing your personal life into your workspace has been found to have very positive results," writes Alex Palmer in his new book Happiness Hacks: 100% Scientific! Curiously Effective!, which pulls together science-based findings of how a person can boost their happiness in work, relationships, and life.

He points to a study by a pair of psychologists at the University of Exeter who found that workers were more productive when their desks were "decorated rather than lean" (when they added plants or art to their desks. The researchers found that subjects who added decorations to their desks experience an increase in comfort, job satisfaction, and productivity.

"Add some artwork or plants to your desk, or make some other addition that enhances it in a way that's personal for you. Throw in a lava lamp and disco ball if you're into that sort of thing," Palmer suggests. For more on your workspace, check out these 9 Home Office Essentials. 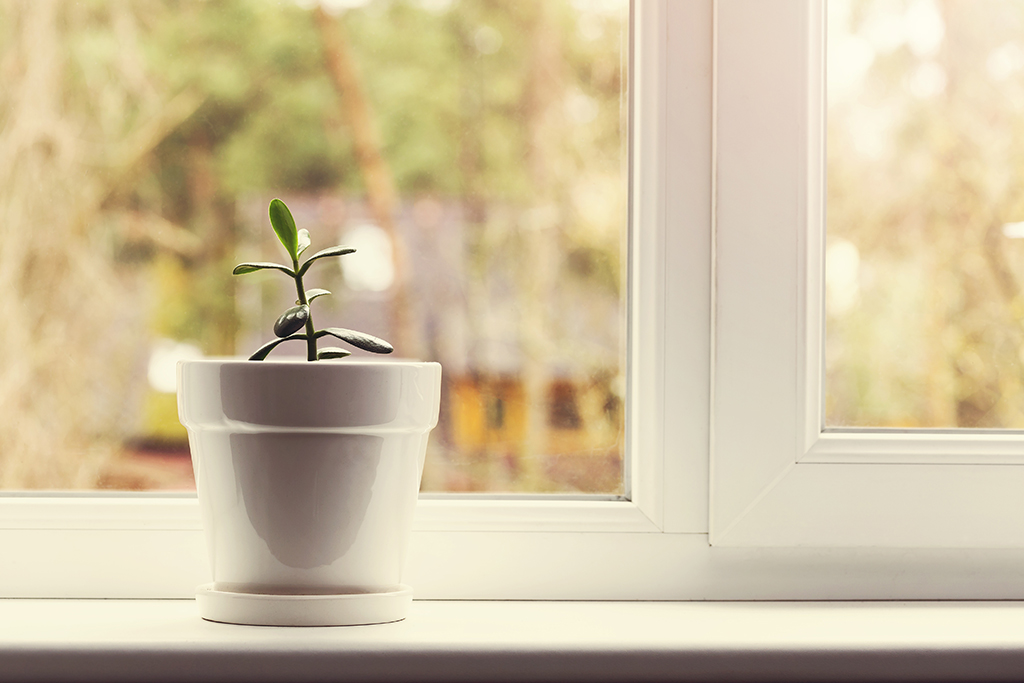 Beyond decorating your desk, adding some nature has specifically been found to boost feelings of happiness. One study that compared "lean" workspaces to "green" ones where plants had been placed on desks found that adding greenery increased productivity by 15%. 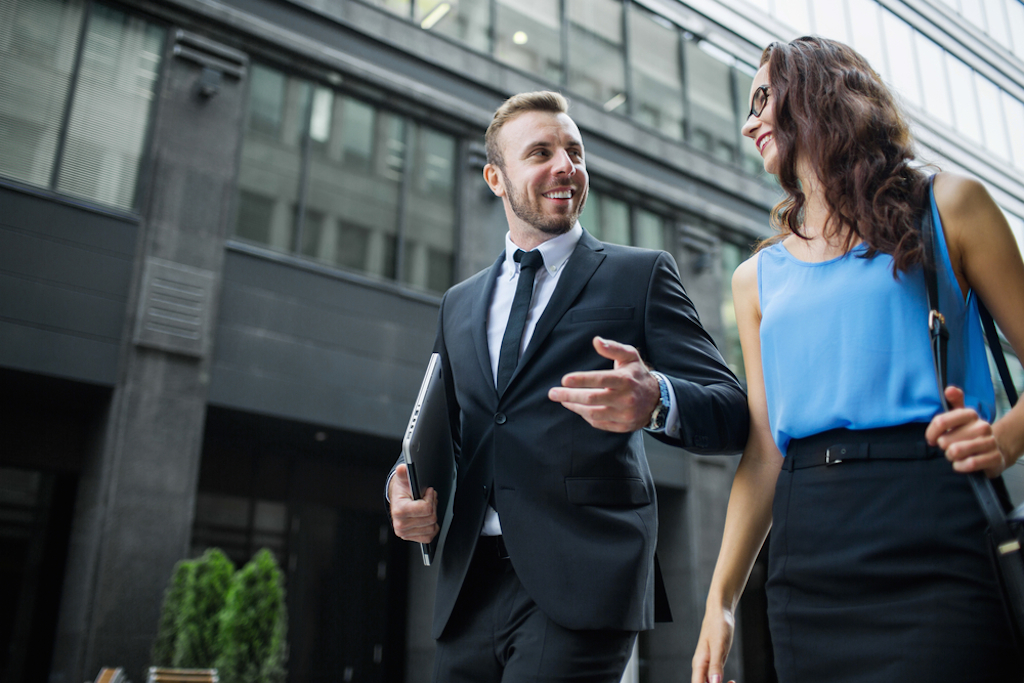 Obviously, this is not an option for someone who lives miles from their office, but a survey of 3,400 people, conducted by researchers at McGill University in Montreal, Canada, found the mode of transportation used by respondents correlated more closely with job satisfaction than did the length of time a commute took. Specifically, those who walked to work (controlling for weather conditions) had a satisfaction level of 85%, compared to the 77% satisfaction of those who drove to work. For more on work, check out these 50 Genius Tricks to Improve Your Life.

"One of the most consistent findings of positive psychologists has been the benefits of meditation on one's ability to focus and produce good work," writes Palmer.

He points to research by a team at Johns Hopkins University that found meditation throughout the day consistently reduced feelings of anxiety and fear in subjects, as well as an additional report that those who practice "open-monitoring meditation" were likely to come up with more ideas than those who did not.

"While researchers suggest a twenty-minute meditation session is ideal, even just taking five minutes to stop and focus on breathing has been found to make a significant impact on your ability to work," Palmer writes. For more on meditation, check out these 10 Ways to Focus Better During Meditation. 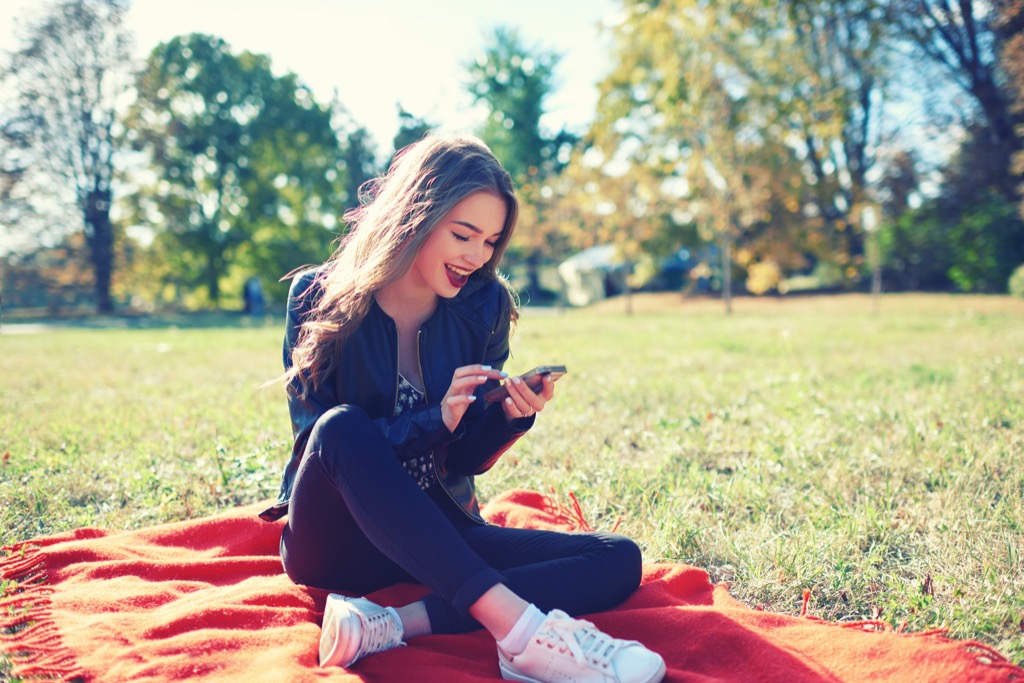 Similar to having plants at your desk, taking a few minutes to walk to the park and take in the natural surroundings have been found to relieve stress levels—even when it's a small amount of vegetation. As one team of researchers in Finland found, subjects who spent 20 minutes walking in a park reported significantly diminished stress levels compared to those who spent the same amount of time walking through a city. This one seems weirdly specific but is backed up by research. Palmer cites a study of European workers who answered a questionnaire about wellbeing before and during their vacations.

"Researchers found that feelings of health and well-being increased right away during vacation, then peaked on the eighth day, where they remained until the eleventh day, after which enjoyment levels faded out," explains Palmer. "From this, the researchers suggest that eight days are about how long it takes to let go of concerns about work responsibilities and stress—but before feelings of homesickness or restlessness set in." 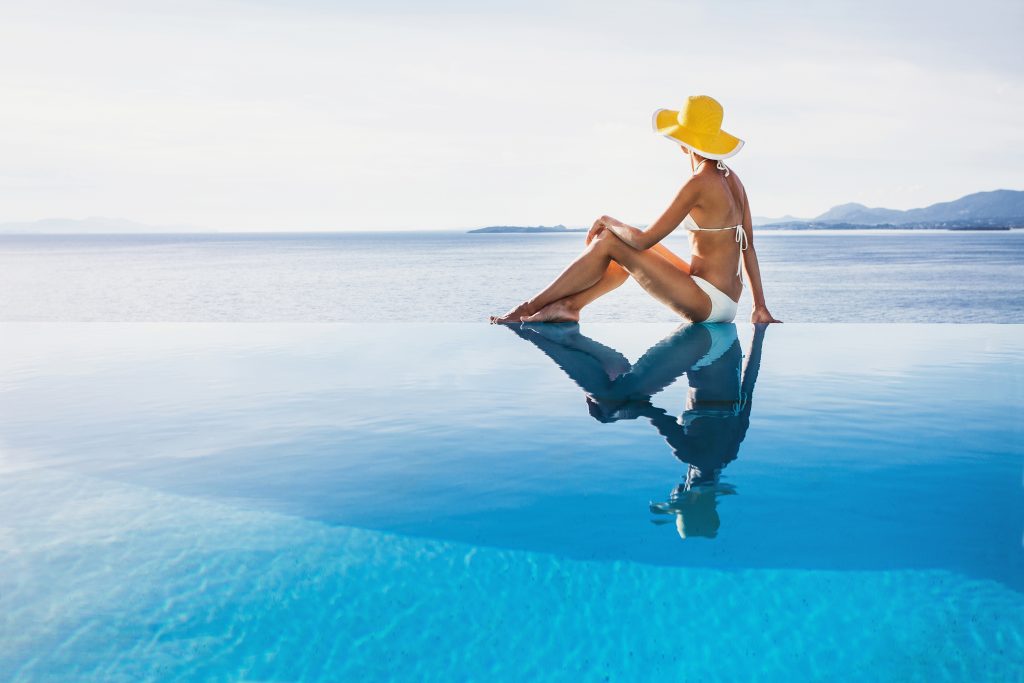 No matter how long a break is, it turns out that its effects wear off soon after we get back to work. But according to a team of researchers who surveyed more than 1,500 Dutch adults, feelings of happiness and relaxation tend to increase before a trip, with anticipation driving travel-related positive feelings. "Start planning your next trip months in advance," writes Palmer. "You'll give yourself plenty of time to imagine lying on the beach, wandering historic city streets, or whatever else your ideal escape involves (plus save money on the flight)." 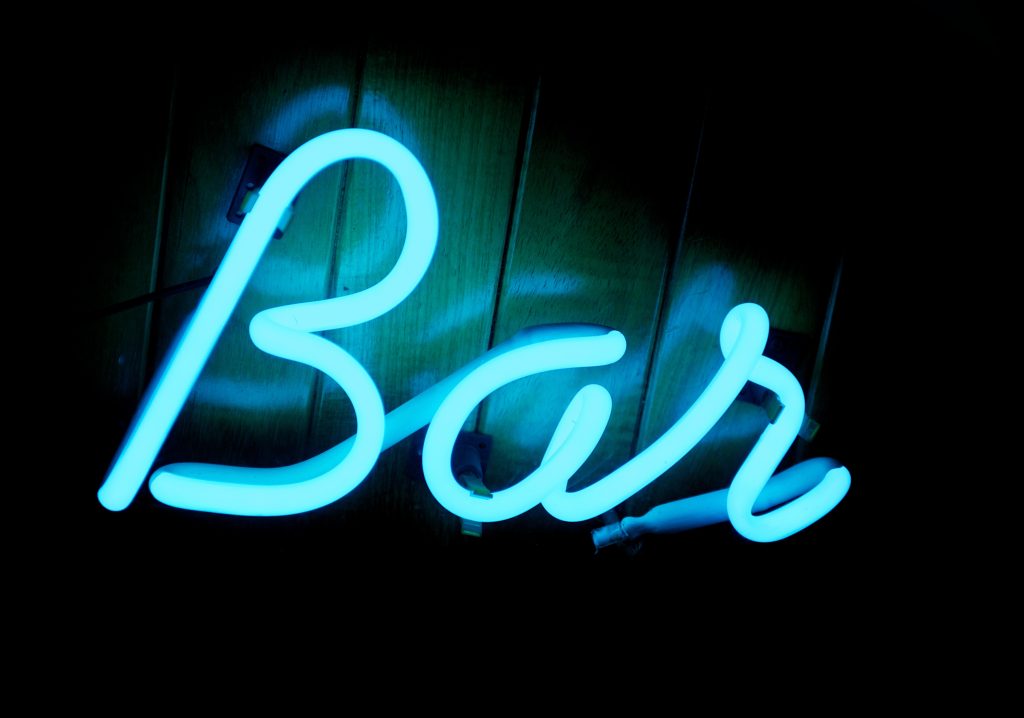 An unhealthy drinking habit is not great for your happiness and life satisfaction, but having a local watering hole where you know people and others know you and are interested in what's new in your life has been found to have a powerful effect on your happiness. That was the discovery of a team of Oxford psychologists and anthropologists that found that subjects who reported having a "local" also reported being happier with their lives and more trusting of others.

9
Do Something for Someone Else

One of the simplest ways to boost your happiness is to stop thinking about yourself and do something that helps out another person. Palmer points to a series of studies in which researchers found that "prosocial behavior" that is focused on others, such as giving to a needy person or volunteering, "boosted a person's feelings of happiness upon recalling it later."

When it comes to bringing happiness to one's relationship, one of the most consistent ways to boost good feelings, according to Palmer, is to practice "capitalization"—that is, "putting an exclamation point on another's accomplishment or success. Nobody wants to feel great about some piece of news only to get a half-interested response from their partner—you want them to be more excited than you are."

He points to a study of 79 dating couples and their thoughts on the strength of their relationships and positive and negative life events. These couples were re-interviewed two months later to see which couples were still together and which had broken up. According to Palmer, "How participants responded to positive events was found to be more closely related to the strength of their relationships than discussions about negative events."

11
Do Something Different for Date Night

Speaking of happiness in relationships, another behavior that's been scientifically proven to improve relationship satisfaction is "participating in novel activities." Specifically, a study at the State University of New York at Stony Brook found that when middle-aged couples spent 90 minutes a week doing something "exciting" and different from their usual activities (whether that meant hiking, dancing, or attending a show) exhibited higher levels of marital satisfaction than those couples who took part in enjoyable, but not unusual activities like dinner and a movie.

12
Keep Smartphones Out of the Bedroom

Blue light, produced by smartphones and energy-efficient light bulbs can trick your body into thinking it's daytime so you will feel awake when you should be sleeping, which can create all variety of disruptions and damage your sense of wellbeing and happiness during the day. Keeping smartphones out of the bedroom will help you get a better sleep—and be a happier person.

13
Hold On to Positive Thoughts

Physically writing down positive thoughts on a piece of paper and carrying it on you has been found to help you internalize them. That was discovered in an experiment where subjects were instructed to write down positive or negative thoughts about their bodies with some instructed to fold up the paper and carry it with them while others just left them. Those who held on to their positive written thought felt more positive about their body than those who left their thought on the table.

Or cut back on your Netflix. While the whole thing about how sitting too close to the TV can give you cancer is nonsense, it has been found that sitting in front of the TV for too long can hurt your happiness level.

"A pair of researchers looking at what happy people do differently from unhappy people reviewed data over a span of thirty-five years from the General Social Survey," explains Palmer. "They found that happy people report being more engaged in social activities, religion, and newspaper reading (okay, so the research is a few years old). The only activity that correlated negatively with happiness was television viewing; meaning, people who watched television more frequently tended to report that they are unhappy."

15
Exercise for a Few Minutes

The connection between a healthy mind and a healthy body is hardly a new concept, but while it's well-known that exercise brings positive mental health benefits, it may be overlooked how little physical activity is really needed to bring these benefits. Specifically, a group researchers found that spending just 10 minutes exercising lifted subjects' negative moods and feelings of confusion and fatigue. "Of course, exercising for longer has plenty of physical benefits, but the researchers concluded that exercising in short, 10-minute bursts a few times a day is enough to provide immediate improvements to your mood," writes Palmer. For more on exercise, Here's the One Exercise Every Older Person Should Do.

Alex Daniel
A journalist based in Brooklyn, New York. Read more
Filed Under
Mental Health • Science
Read This Next
Latest News
Read This Next