Eating This Food Once a Week Can Slash Your Diabetes Risk, New Study Says

Research shows that eating it in this state is even better than taking it in supplement form.

Maintaining a balanced, nutritious diet can be as important to staying healthy as making sure to work out enough. Certain foods have been shown to have powerful effects on your well-being, including leafy greens or mushrooms. What you eat can also dictate your blood sugar levels, and eating foods that'll negatively affect those numbers—like sugary drinks and fatty meats—puts you at an increased risk for diabetes. However, a new study has found that eating one surprising food every week can actually help slash your risk of developing diabetes. Read on to see what you might want to pick up the next time you're at the grocery store.

RELATED: If You Drink This Much Coffee a Day, Your Heart's in Danger, Study Finds.

Eating two cans of sardines a week can reduce the risk of developing diabetes. 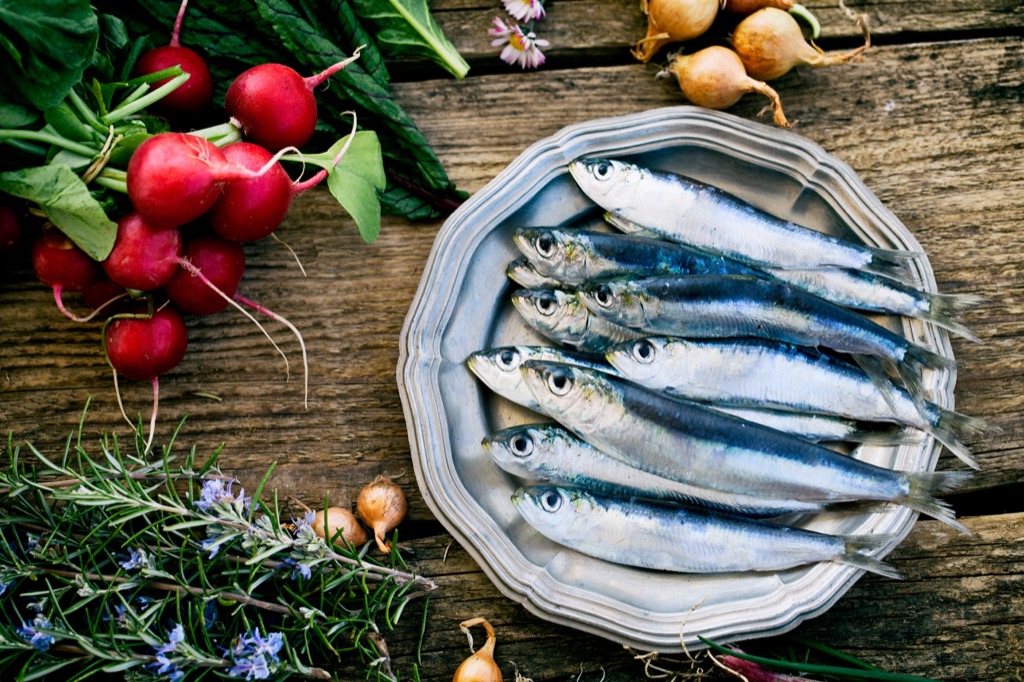 In a new study from Spain published in the journal Clinical Nutrition, 152 patients aged 65 or older diagnosed as prediabetic were put on nutrition programs to help stave off the disease. One group was given 200 grams of sardines—or about two cans worth—each week as part of their regimen and advised to eat the fish whole without removing the vitamin D and calcium-rich bones.

Before the experiment began, 27 percent of the group who weren't assigned to eat sardines were at high risk of becoming diabetic, while 37 percent in the sardine-eating group were. After a year, the former group who wasn't eating sardines saw a five percentage point drop in the number of patients at high risk of becoming diabetic, down to 22 percent. However, those in the sardine eating group saw the 37 percent of patients at high diabetic risk drop 29 percentage points, to 8 percent, over the same time period.

The group that included sardines in their nutritional program also saw health benefits besides their risk of diabetes dropping. The researchers also recorded reduced levels of triglycerides and blood pressure, a reduction in insulin resistance index, and increases in "good" cholesterol and a hormone that helps the breakdown of glucose known as adiponectin.

"Not only are sardines reasonably priced and easy to find, but they are safe and help to prevent the onset of type 2 diabetes. This is a huge scientific discovery. It is easy to recommend this food during medical check-ups, and it is widely accepted by the population," Diana Diaz Rizzolo, PhD, the study's lead author and lecturer and researcher from the Universitat Oberta de Catalunya's (UOC) Faculty of Health Sciences, said in a statement.

The effects can be equally helpful for younger people as they can be for seniors.

The benefits of a sardine diet may not just be limited to at-risk seniors, even though this study was performed on those 65 and older.ae0fcc31ae342fd3a1346ebb1f342fcb

"As we get older, restrictive diets (in terms of calories or food groups) can help to prevent the onset of diabetes," Rizzolo said in the statement. "However, the results lead us to believe that we could obtain an equally significant preventive effect in the younger population."

RELATED: If You See This on Your Feet, You May Have Diabetes, Doctors Say.

Researchers say that taking supplements won't have the same effect as eating sardines themselves.

The research team was also quick to point out that taking supplements as a shortcut to get the calcium, vitamin D, omega 3 fatty oils, and taurine that foods like sardines contain won't necessarily produce the same benefits. "Nutrients can play an essential role in the prevention and treatment of many different pathologies, but their effect is usually caused by the synergy that exists between them and the food that they are contained in," Rizzolo explained.

"Sardines will therefore have a protective element because they are rich in the aforementioned nutrients, whereas nutrients taken in isolation in the form of supplements won't work to the same extent," she added.

And for more helpful health advice, sign up for our daily newsletter. 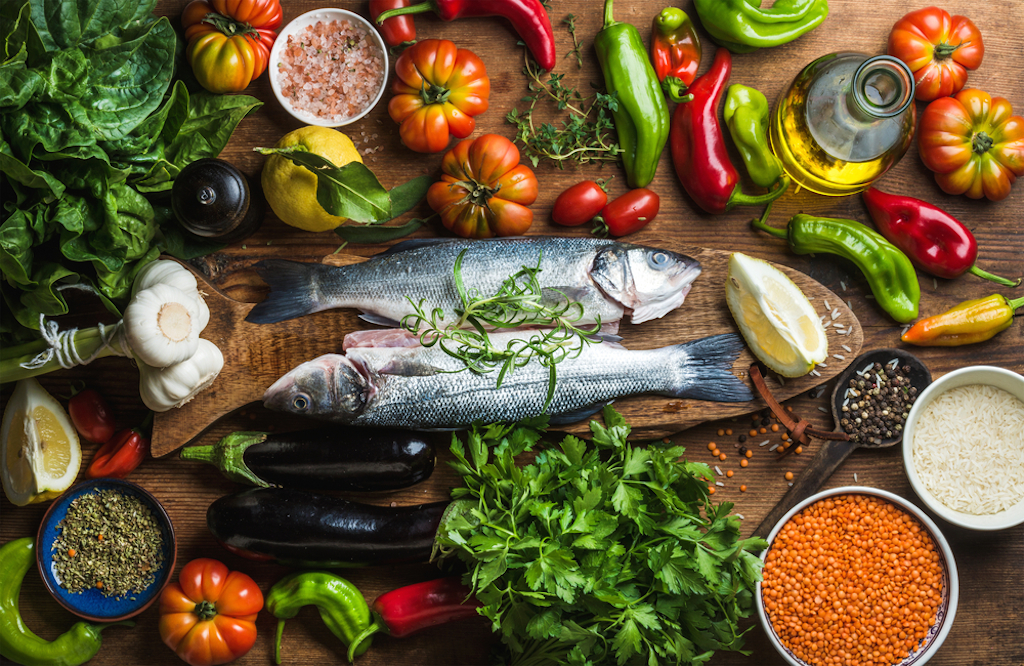 Including plenty of fish in your diet doesn't just reduce the risk of diabetes. A new study from the American Academy of Neurology, published in the journal Neurology on May 5, showed that a Mediterranean diet—which tends to consist of extra virgin olive oil, nuts, seeds, fish, and herbs—can also improve your cognitive health.

After comparing 343 people with a high risk of developing Alzheimer's to 169 people who weren't predisposed to the disease, the findings showed that a Mediterranean-like diet is a "protective factor against memory decline."

"Our study suggests that eating a diet that's high in unsaturated fats, fish, fruits and vegetables, and low in dairy and red meat may actually protect your brain from the protein build-up that can lead to memory loss and dementia," study author Tommaso Ballarini, PhD, of the German Center for Neurodegenerative Diseases (DZNE), said in a statement.