Ryan Reynolds' Response to This Photo of Blake Lively is Priceless

It's no secret that Blake Lively, 30, and Ryan Reynolds, 41, who have been married for five years and share two adorable children together, are one of Hollywood's most beloved couples. Now, granted, some of this is because they are so effing gorgeous and so clearly in love. But a lot of this is because they loooove to tease and troll one another, much to the delight of their fans.

Back in August, Reynolds wished his wife a happy birthday with a cheeky Instagram post in which he essentially obscured her entire face. 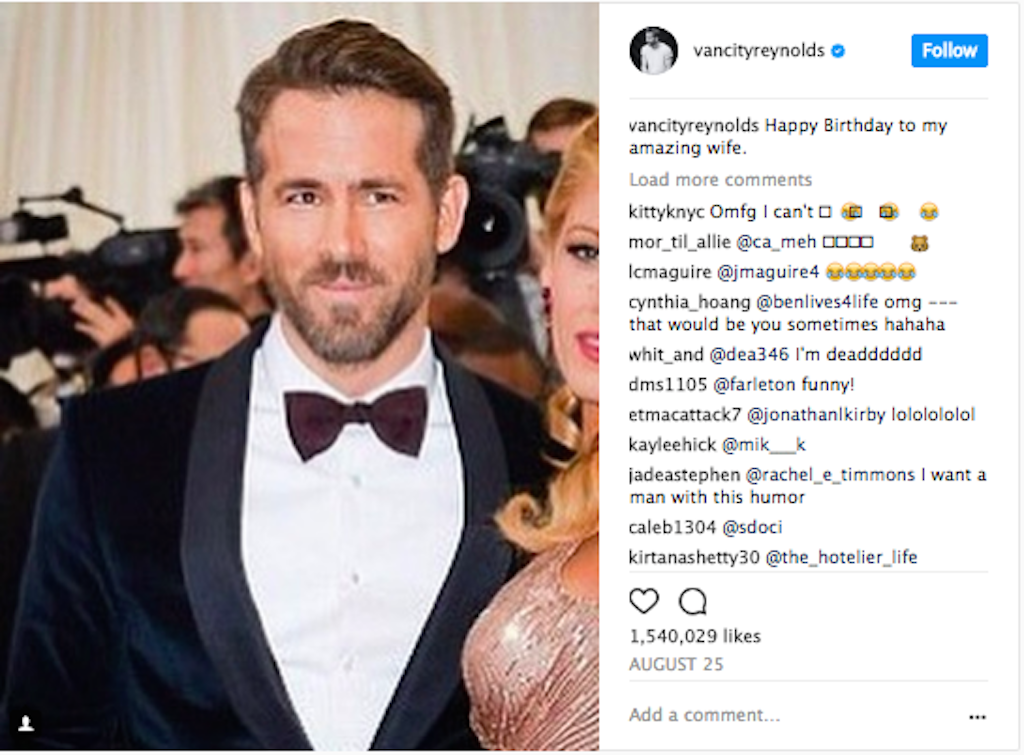 So, of course, when Reynolds' birthday swung around in late October, she retaliated in full by posting a photo of him with Ryan Gosling in which she totally obscured his face. 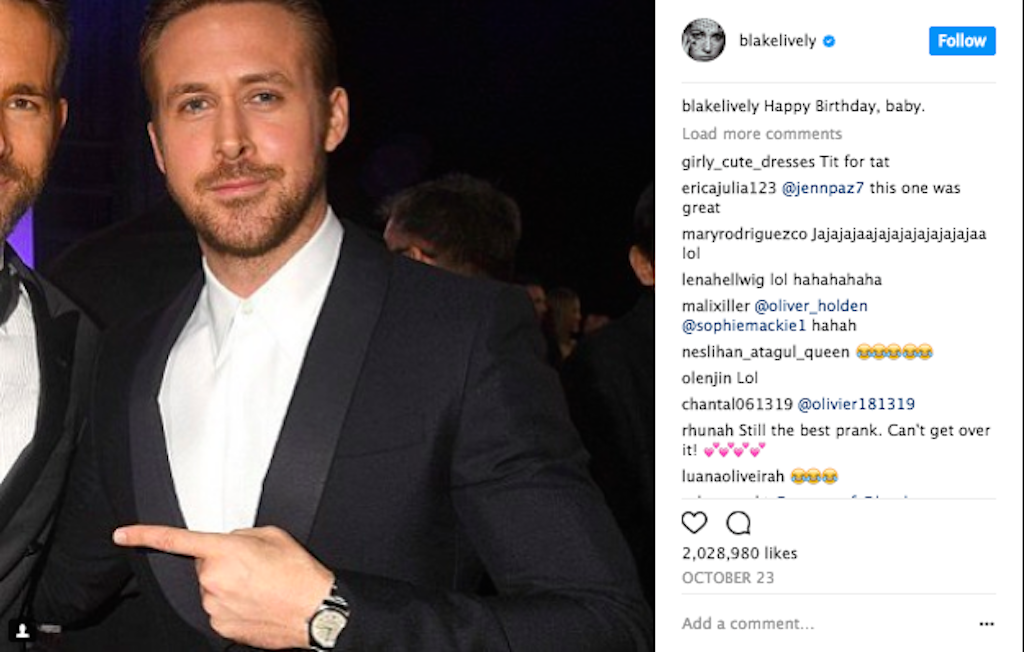 The latest in their adorable back-and-forth comes from Reynolds, who posted a photo of his stunning wife dressed as what seems to be a homeless person (presumably this is for a movie?), with a caption that implies this is what she looks like in real life with no makeup on, LOL. 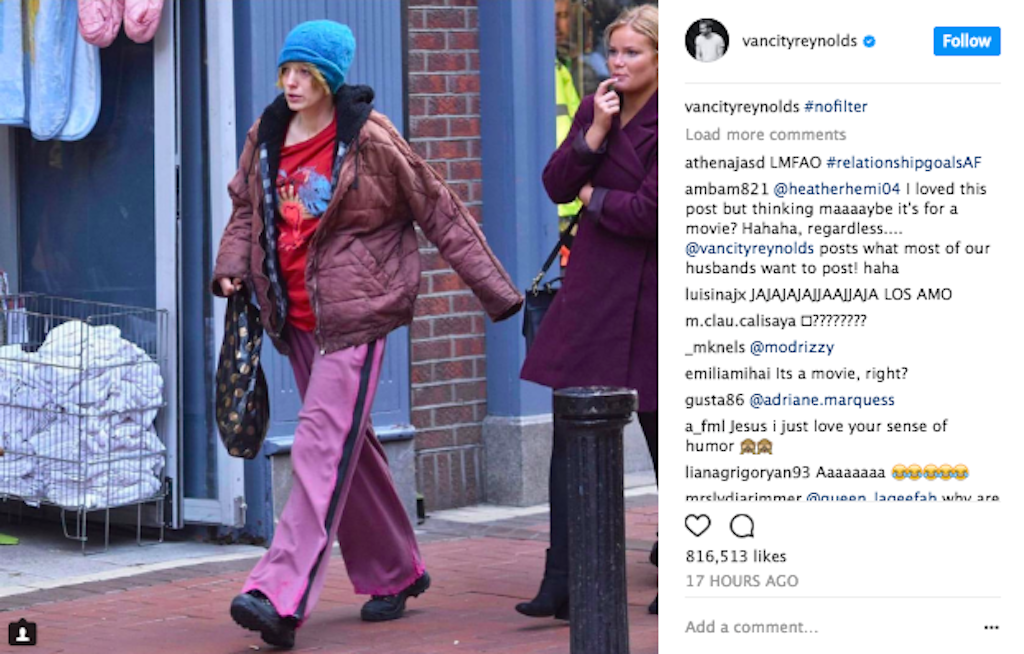 The pair have made it pretty clear in the past that they love each other's social media antics and share a similar sense of humor.

In September, Blake told Glamour that when he posts those funny tweets about his daughter, they're always made-up, but it just makes her love him more:

"When he says 'my daughter,' he's never, ever talking about her. Everything is a completely made-up scenario. He'll run [the tweets] by me sometimes just to make me laugh. But oh, I'm so in love with him when he writes that stuff. I mean, I'm in love with him most of the time, but especially with that."

Reynolds gushes about his wife all the time as well, but usually with his characteristic brand of Deadpool-style humor. He got serious, for once, in a Humans of New York post at the MET Gala in May, and his words were beautiful: 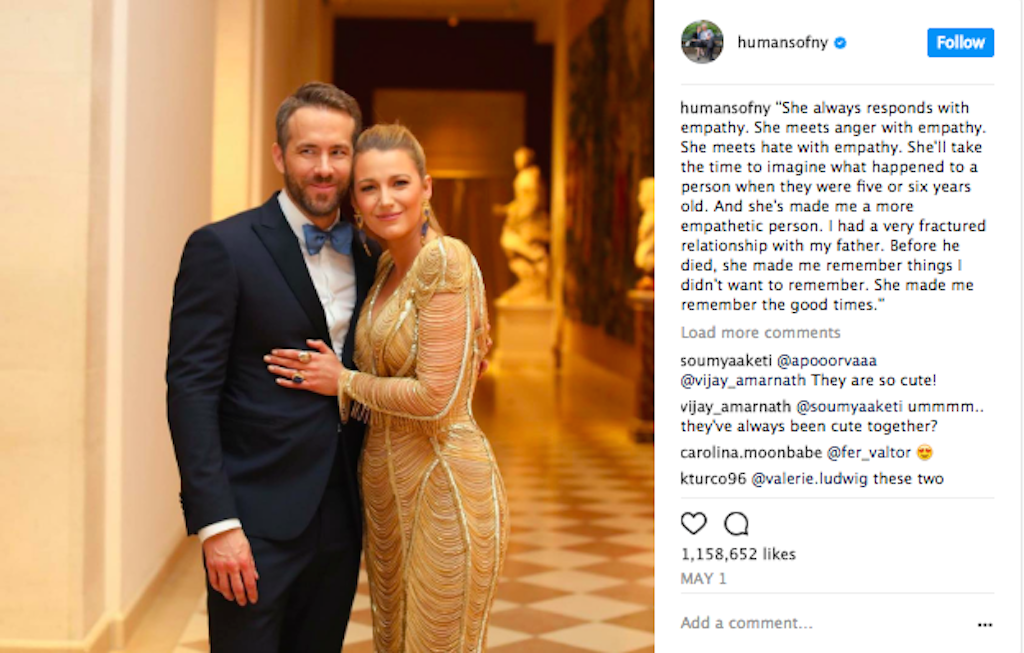 Diana Bruk
Diana is a senior editor who writes about sex and relationships, modern dating trends, and health and wellness. Read more
Filed Under
Celebrities • Entertainment
Read This Next
Latest News
Read This Next