Her wake-up rituals included a vodka martini and chainsmoking in bed.

Nowadays, the presiding Duchess of Cambridge reportedly leads a very healthy morning routine: she goes for a run at 7am, eats a healthy and heartening bowl of porridge for breakfast, meets with the Household office, and reads the latest charity reports. Afterwards, she squeezes in a lunchtime hair appointment and carries on with the many public engagements she has that day, since she and Prince William seem pretty set on continuing his late mother's work on making the world a better place.

Back in 1955, however, mornings at Buckingham Palace were a little more wild. According to Craig Brown's Ma'am Darling, a brand-new biography of Princess Margaret, her daily rituals would put Ozzy Osbourne to shame:

Now, of course, being a princess, she had access to the kind of privilege that the rest of us could never afford. But if your morning routine, like mine, consists of waking up late after hitting the snooze button 17 times, tripping over your cat on the way out of bed, and running out of the house with a thermos of coffee as your only semblance of "breakfast," then you can certainly use some her rituals as #lifeinspo.

From a hearty breakfast to a boozy lunch, here are all of the ways Princess Margaret woke up living her (very decadent) #bestlife every single day—and why you should or shouldn't adopt them yourself. And for more fun facts about absurd celebrity lifestyles, don't miss our roundup of the 50 Craziest Celebrity Quirks. 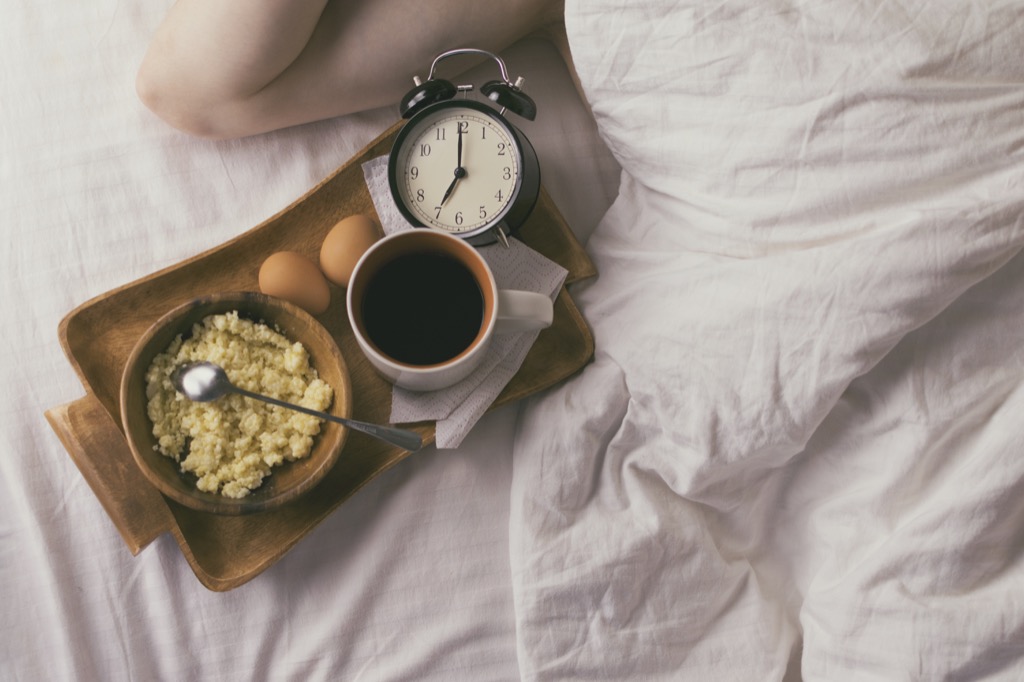 When was the last time you began your day with anything more than a smoothie and a cardboard cup of Joe as you raced to work?

But honestly, breakfast-in-bed sounds like an excellent idea. If you've got a partner, you can take turns serving one another. If it's just you, it still counts as breakfast in bed if you make it yourself and bring the tray into the bedroom. One word of advice, however: be sure to clean up properly. If you've got crumbs populating your sheets, you can expect some unsavory new friends, according to pest-management experts: ants and cockroaches.

2
Listening to the radio. Two hours! OK, it sounds a bit lush, but when's the last time you didn't immediately grab your cellphone upon regaining consciousness? Not only will it be nice to just sit back, relax, and let the soothing drone of BBC radio tell you what's going on in the world today, but also research shows that listening to podcasts (OK, not radio, per se), as well as reading heady fiction, will actually boost your conversation skills.

We're fully on board, obviously. Even better: In 2017, reading a physical newspaper feels like using a telegraph, and invariably yields a pleasant type of nostalgia. (It should go without saying that you shouldn't be chainsmoking while doing it.) 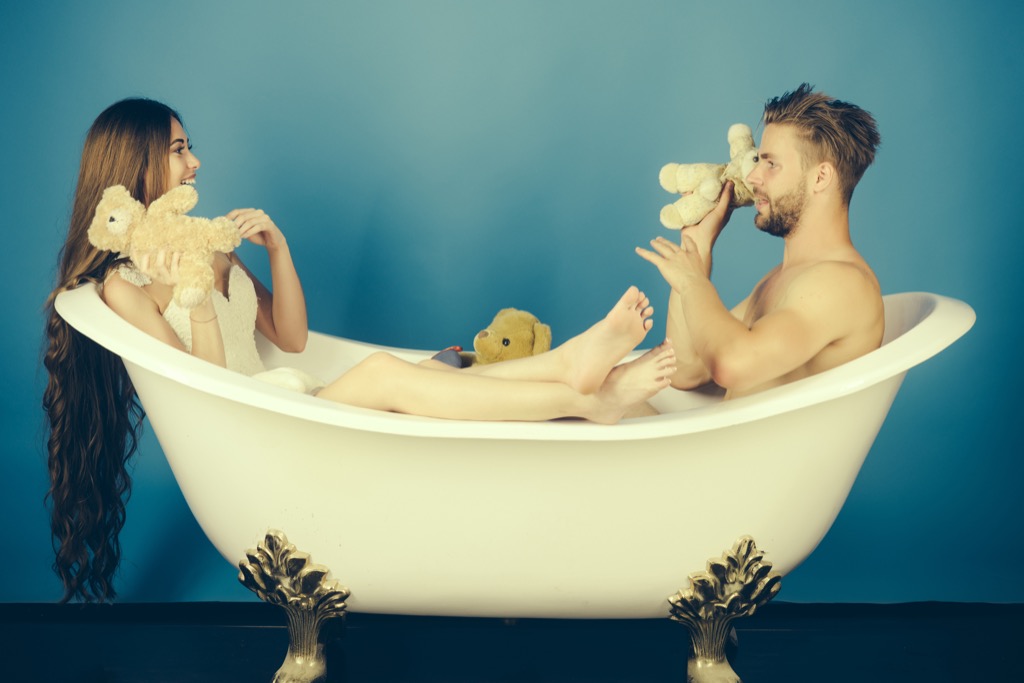 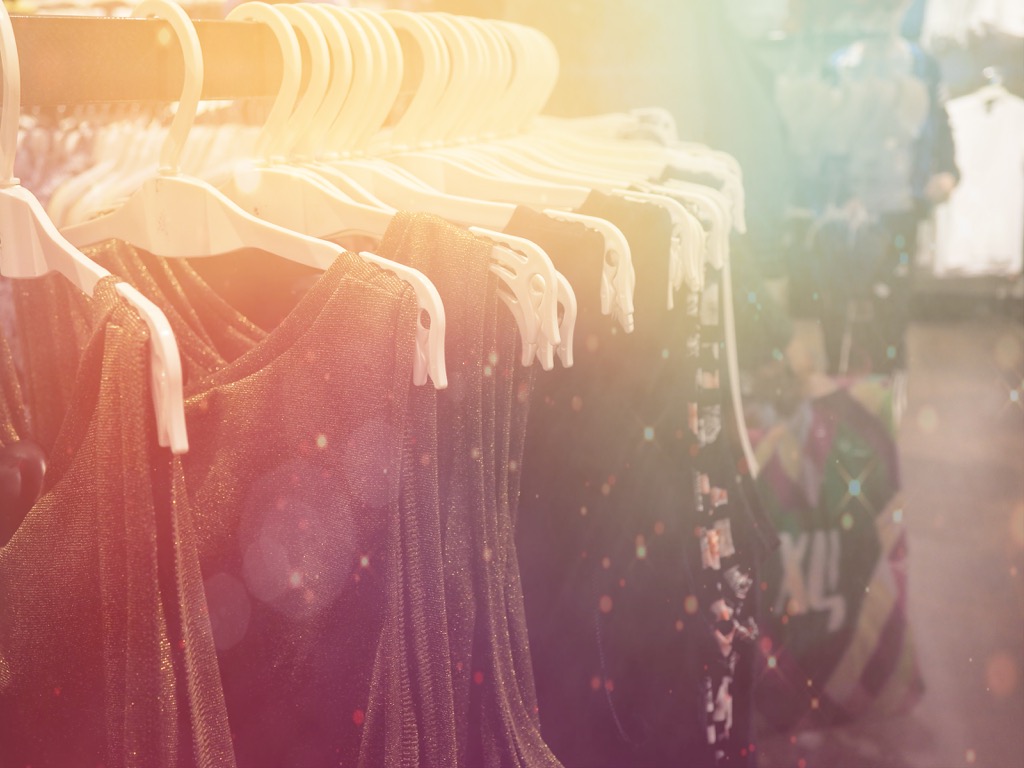 You'd think this one would be self-evident, but in today's slapdash world, wearing something that has definitely been pressed and dry-cleaned is an elite pleasure. 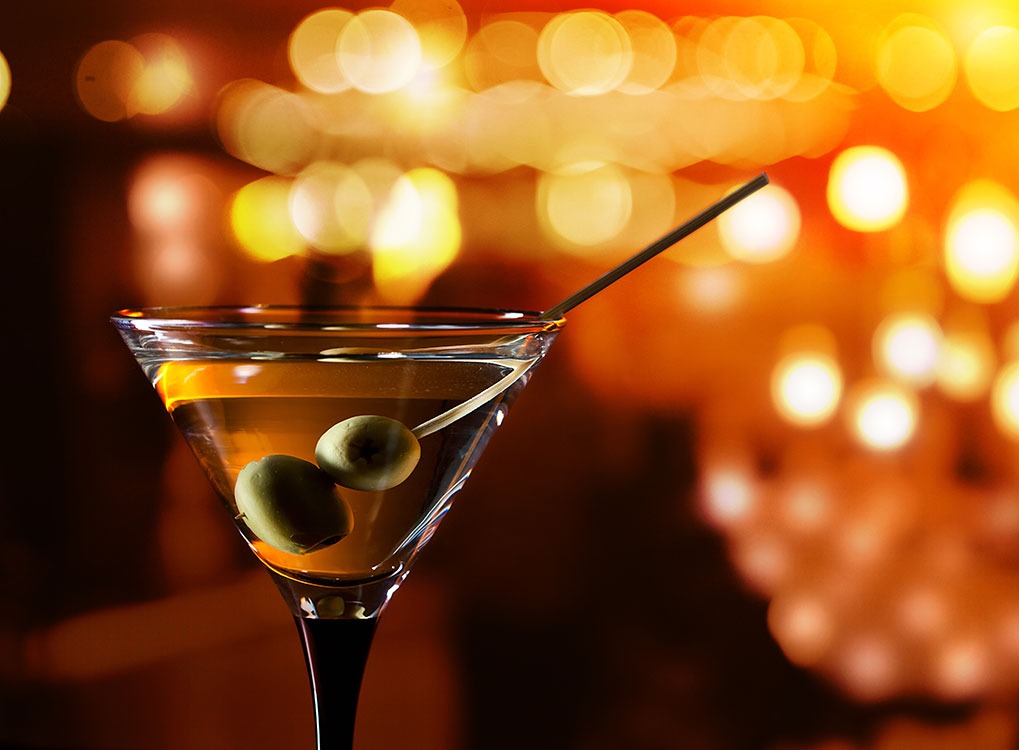 Let's face it: the Royals love to hit the bottle. (Recently, it was revealed that Queen Elizabeth drinks no less than four alcoholic beverages every single day, making her by definition a binge drinker.) But before you thumb your nose at day-drinking altogether, remember that drinking alcohol in moderation can have very real benefits. According to a study published in August in the Journal of Alzheimer's Disease, researchers found that moderate (to heavy) daily alcohol consumption among old people (85 and up) was directly linked with better cognitive health. Maybe the Queen knows what she's doing, after all.

7
Treat yourself to a nice lunch. 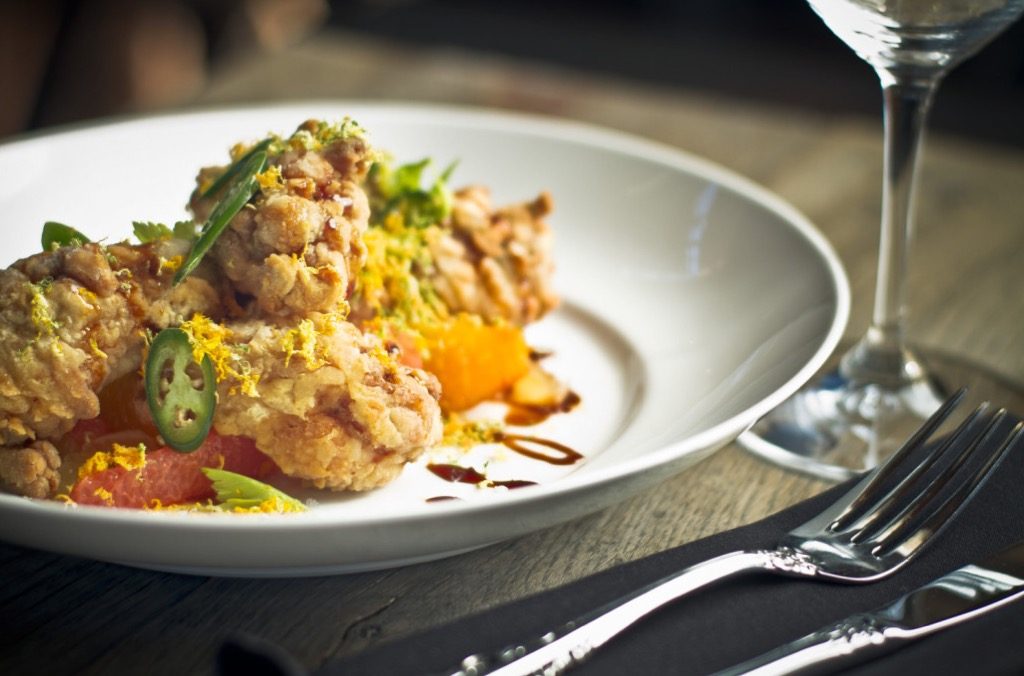 Now, you're probably not going to be able to join the Queen Mother for "a four course lunch, served in an informal manner in silver dishes, with half a bottle of wine per person plus fruit and and half a dozen different varieties of native and continental cheeses.'" But don't just grab a sad salad and eat it at your desk, either. Take some inspiration from this saucy minx and indulge in a glass of wine and a new type of cheese.

If you've watched the first season of Netflix's The Crown, you know that Queen Elizabeth's baby sister was a bit of a wild child, having an affair with Captain Peter Townsend, who was a) 15 years older than her, b) married, and c) in service to her father. She drank, partied, had affairs with the likes of Mick Jagger and Peter Sellers, and smoked up to 60 cigarettes a day. Though she did suffer for her excessive habits (she had to have part of her left lung removed in 1985), she ultimately died peacefully, in her sleep, at the ripe old age of 71, so she's not the worst role model to have.

Diana Bruk
Diana is a senior editor who writes about sex and relationships, modern dating trends, and health and wellness. Read more
Filed Under
Royal Family
Read This Next
Latest News
Read This Next