10 Things "Polyamorous" People Want You to Know about Their Relationships

It's not an open relationship—and no, it's not polygamy either.

By now you've no doubt heard about the rise in open marriages in the U.S. Yes, these are relationships in which two people are in love and are largely inseparable—only they happen to be in bed with other people. (And yes, everyone's cool with it.) But the open marriage isn't only form of non-traditional, multi-partner coupling gaining steam right now. There's a range of polyamorous relationship types.

What's polyamory, you ask? Well, that's an excellent question. Today, the term has been twisted to serve as a blanket description for any sexual or romantic relationship that steps outside the traditional bounds of monogamy—though that only begins to define what it means to be truly "polyamorous." So we're here to set the record straight by proffering 11 truths about polyamorous relationships that you likely didn't know. 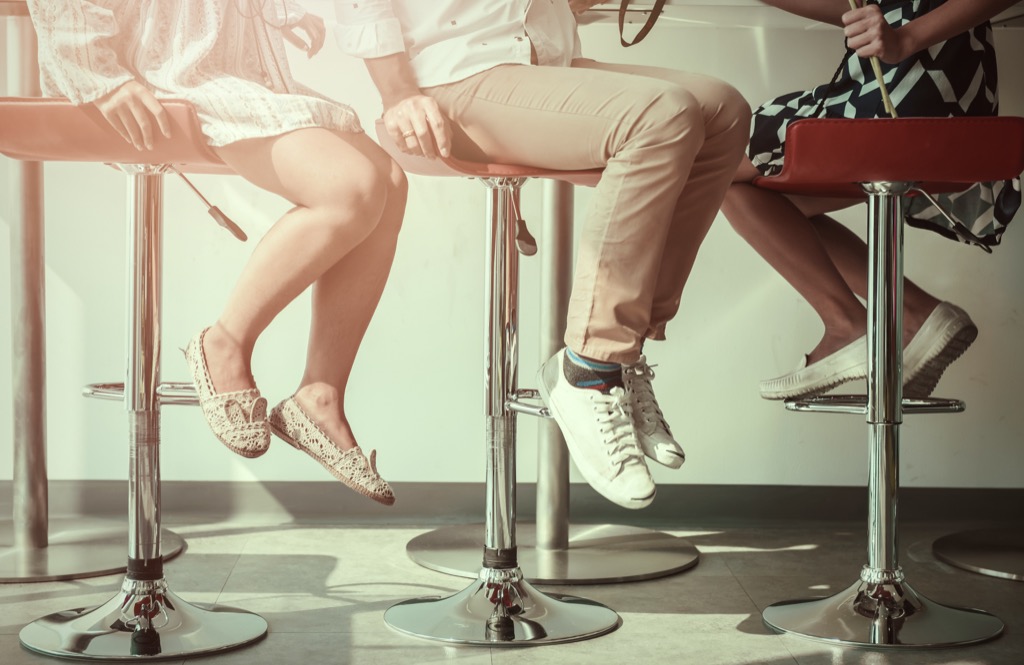 1. It isn't technically an "open" relationship.

"Couples in open relationships tend to have openness in sexual contact with outside partners, but they don't want their partner falling in love with someone else or having a separate relationship," says Meredith Shirey, MS, LMFT, the practice director of New York–based Manhattan Relationship Counseling and Psychotherapy.

With open relationships, there's a "primary partner," who receives the lion's share of love and attention; everyone else is ancillary. An ideal polyamorous relationship involves multiple people loving everyone equally.

In short, polyamory is the ability and the romantic freedom to be in love with more than one person at a time, physically and emotionally. That may sound like polygamy, but it's not. "Polygamy is a person having separate relationships—but then there's a lot of intertwining," explains Shirey. (Think of the HBO show Big Love, in which there was one husband with three wives in three separate houses that were all connected.) Polyamory is a person having separate relationships—and keeping things, you know, separate.

3. They don't have more sex than the rest of us.

According to Morgaine* from Conscious Polyamory, a blog about polyamorous relationships, one of that largest misconceptions is "That it's a free for all and people have sex all the time. Being in a poly relationship doesn't lead to more sex." No, it's about love, not sex. Hence the name. Also, you can take her word for it: She's in one.

5. They are more likely to call it quits.

Shirey has found that polyamorous people are more likely to break up with their partners. She's found that, when the going gets rough, people in committed, monogamous relationships are more likely to seek help or find a way to make things work. "But with the polyamorous person, it's, like, 'Well, I fell out of love with him. I'm still in love with, X, Y, Z person,' " says Shirey. "It's easier to walk away."

6. They tend to have fewer sexually transmitted infections.

"Polyamorous people are much more deliberate about using protection and getting checked regularly," explains Morgaine. Plus, the unbridled openness and honesty that exists so naturally in polyamorous relationships make those, "Hey, listen…" conversations far less awkward.

7. Men want it more than women.

"I don't want to say anything gender stereotyping, but in my experience, it's typically men who identify as poly," says Shirey. In her work, over the years, she hasn't encountered a single woman who desires a polyamorous relationship. There's no concrete evidence, but theories from the evolutionary psychology community may explain it: "Because women can only reproduce once per month, they are more discriminating [in choosing] their partners," explains Shirey. "Whereas men, from the evolutionary standpoint, are able to reproduce much more, and as such, are more inclined to pursue relationships."

"My current partner is married to his wife of 25 years," explains Morgaine. "When she had a lover, she was very accepting of my relationship with him. But, once she and her lover broke up, she became intensely jealous of our relationship, wanted us to break up. At this point, [my partner and I] already had a yearlong relationship. So we've been working very hard to deal with her feelings."

9. There are spiritual benefits.

To Morgaine, polyamory is intimately entwined with spirituality. "In all the major religions, the essential theme is love," she says. "The purest form of love is not about possession—it's about freedom and generosity and openness and honesty and intimacy. Polyamory does all of those things."

10. It's the future. (Polyamorous people believe.)

To Morgaine, polyamory is "an evolution in human relationships." Think about it: From a biological standpoint, "You [had] your woman, your family, your tribe. Now that we live in a global society—now that we're all connected—we don't see people from other cultures as necessarily 'other.' Polyamory is saying, 'Let's extend the sphere of love beyond my partner,' " she says.

Ari Notis
Ari is an editor specializing in news and lifestyle. Read more
Filed Under
Dating • Relationship Advice
Read This Next
Latest News
Read This Next