8 Things Your Penis Is Telling You About Your Health

Believe it or not, your favorite organ can be an informative fella.

This is your penis talking. It's time to listen up. "Your penis is a great barometer of overall health," says Kevin Billups, M.D., an associate professor of urology at Johns Hopkins Medicine. That's right: Your member is also a bellwether for testosterone levels, heart health, and—this one's a no-brainer—sex drive. Heed its warning, and you just might avoid getting the shaft. And once you're done listening to your apparently anthropomorphic penis, read up on the 100 ways to be a healthier man right now.

1
You're going soft more than you care to admit 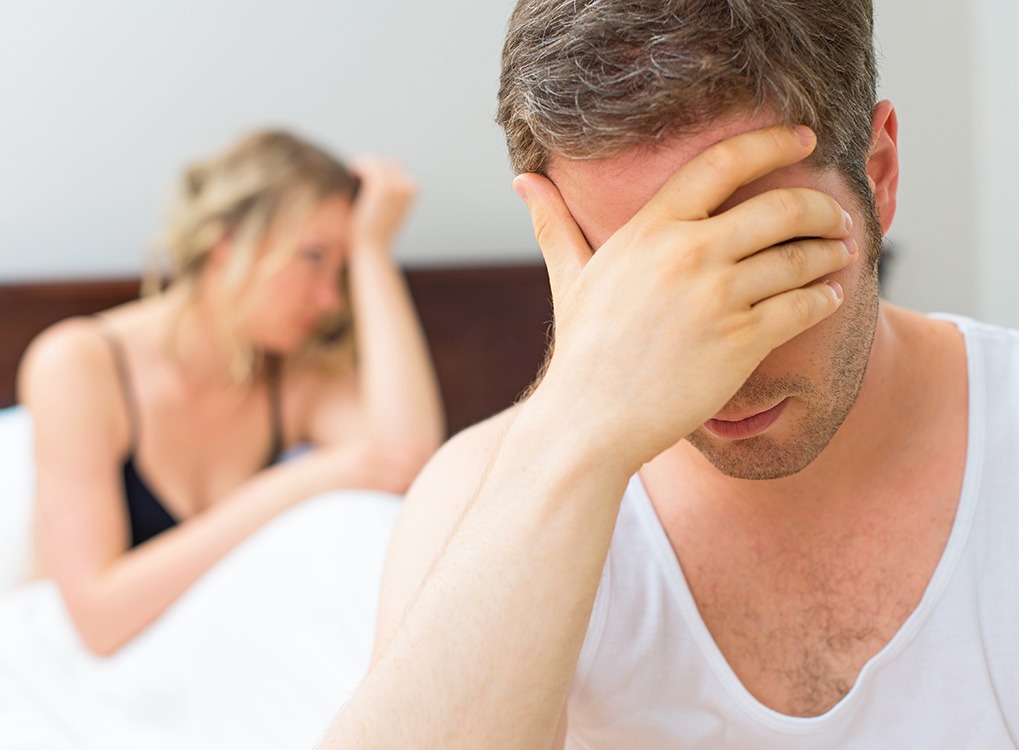 Limping into the bedroom more than twice a month may mean your heart's just not into it: An Austrian study found that the risk of developing heart disease within 10 years was 65 percent higher in men with moderate or severe erectile dysfunction than in men without ED. "Blood vessels in the penis are significantly smaller and start to narrow long before those in the heart or brain," says Darius Paduch, M.D., Ph.D., a urologist at New York–Presbyterian/Weill Cornell Medical College. Talk to your doc, who can refer you to a cardiologist, he says. While you're at it, read up on how to build a heart of steel.

2
Your pee has gone from yellow to red 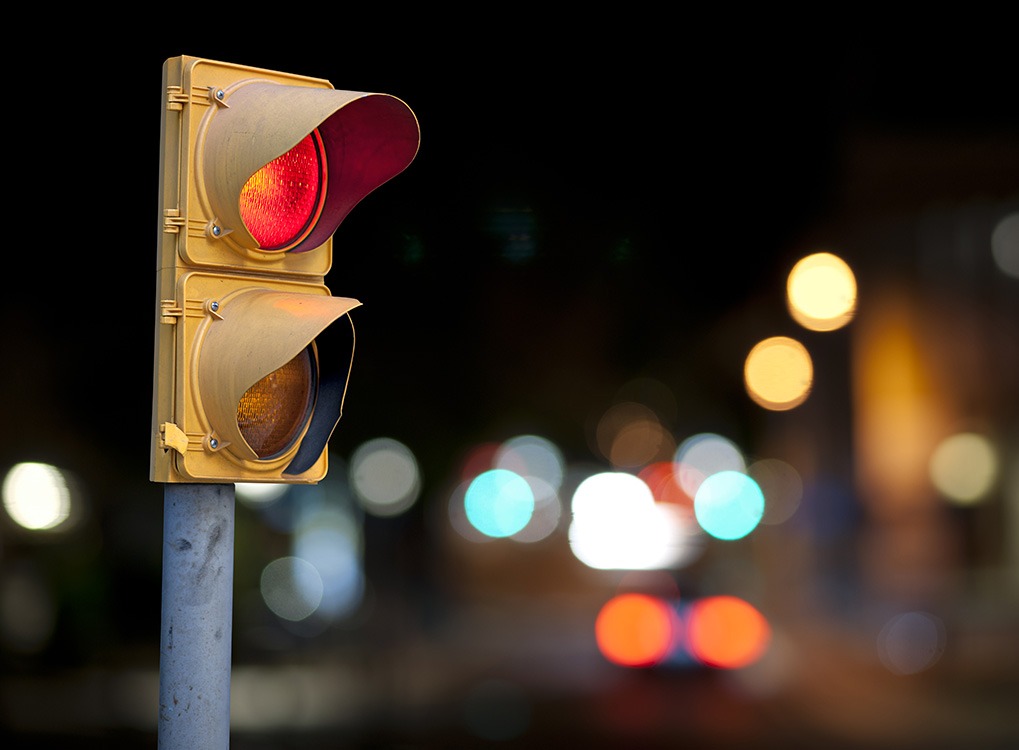 A pink bowl is a red flag. "Blood can be a sign of prostate, bladder, or kidney disease, so you need to find out where the blood is coming from," says Dr. Billups. On the other hand, bloody semen during sexual activity is less likely to signal deadly danger, says Eric Klein, M.D., chairman of the Glickman Urological and Kidney Institute at Cleveland Clinic. Still, ask your doctor to check it out. You could have prostatitis, a gland inflammation that's often caused by an E. coli infection. If that's the case, it can be treated with antibiotics.

3
Your sex drive has been stuck in neutral 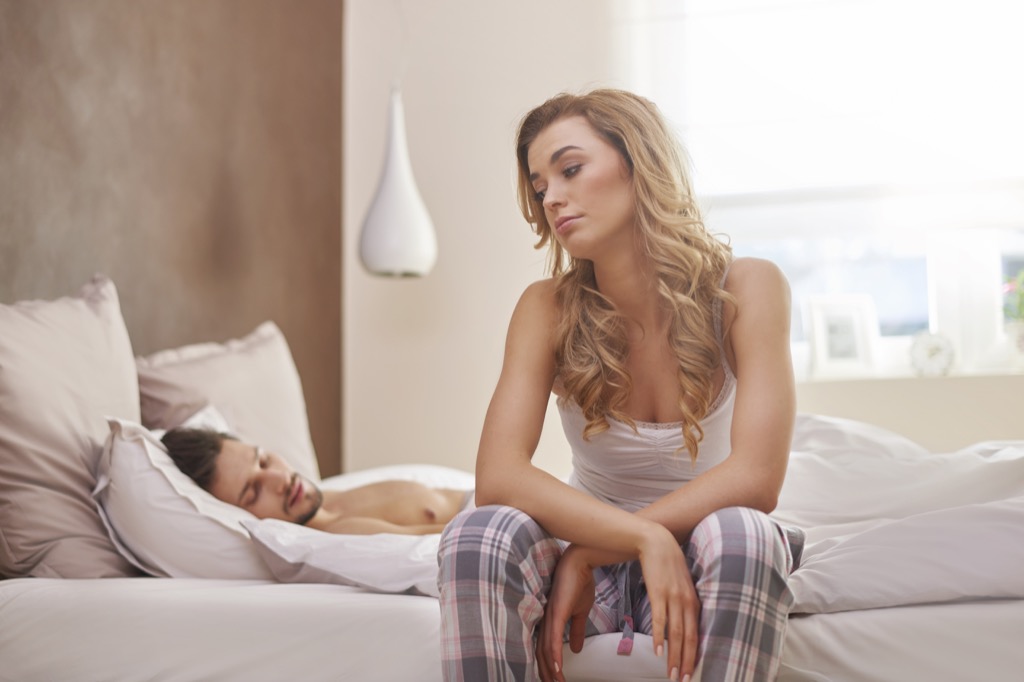 If the fire is dying in bed, your partner isn't necessarily to blame. Obstructive sleep apnea (OSA), a sleep disorder in which your airway becomes blocked, might be reducing your sex drive. German researchers found that men with the lowest levels of nighttime blood oxygen reported sexual desire levels that were 11 percent lower than men who breathed easily. OSA can reduce testosterone, affecting your erections as a result. If you snore loudly, wake up gasping for air, or feel exhausted during the day, ask your doctor about OSA testing. For other tips on getting that libido back, read up on the 10 best everyday sex drive boosters for men.

4
You see that the tip is red and swollen 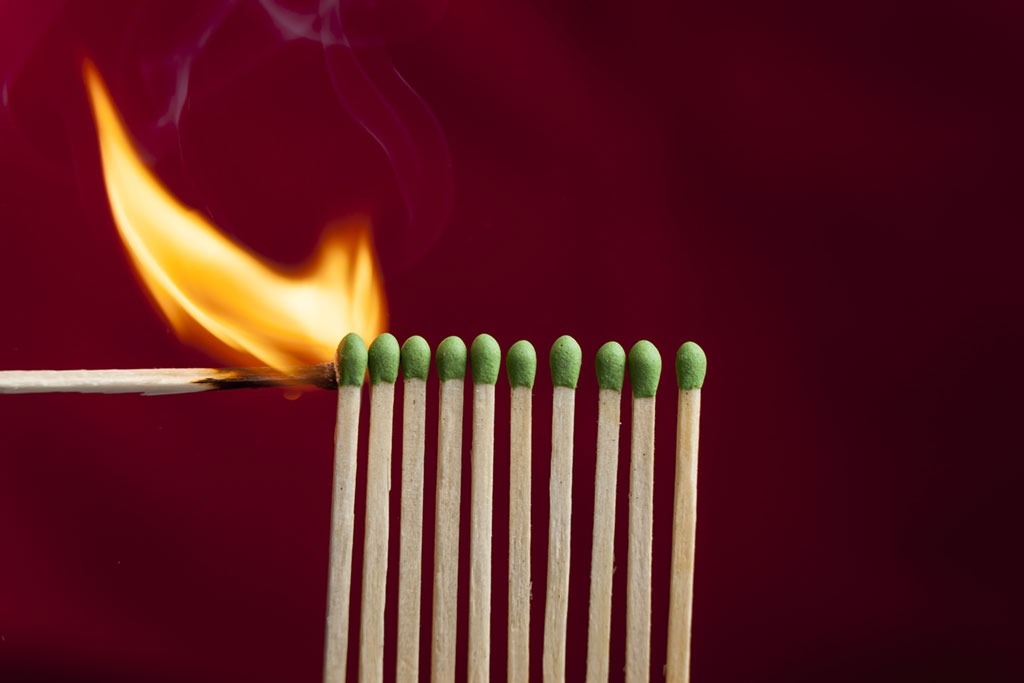 No, not that type of swollen. We mean inflammation, redness, and pain at the head of your smokestack. It's called balanitis, and it's typically caused by bacteria, viruses, or fungi, often as a result of less-than-stellar hygiene, Dr. Paduch says. You may need an over-the-counter antifungal, such as Lotrimin, or a prescription steroid cream or antibiotics. Then get checked for diabetes. Research from Bristol-Myers Squibb shows that people with diabetes are nearly three times as likely as non-diabetics to develop balanitis.

5
You notice it doesn't feel as sensitive as before 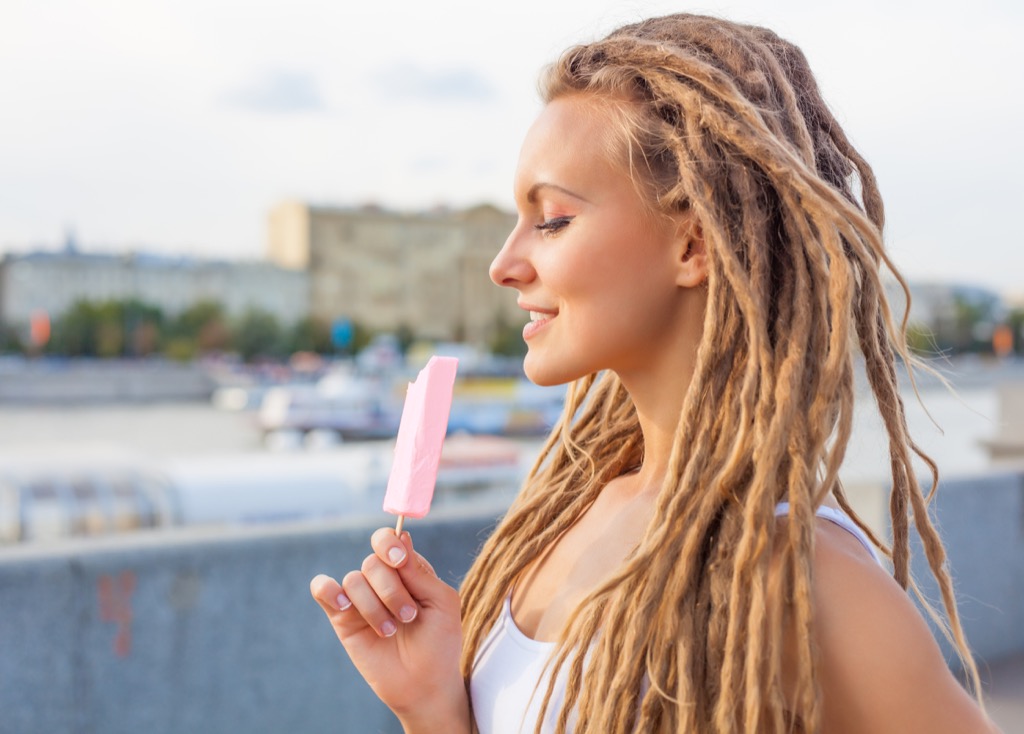 A numb knob could be a sign of poor diet. Each day, make sure you consume at least 2.4 micrograms of vitamin B12, from such sources as clams, milk, and beef, and 400 micrograms of folate, found in leafy greens and black-eyed peas. "A deficiency in these vitamins can prevent nerve fibers in your penis from carrying signals to your brain," says Dr. Paduch. Next, have your blood sugar tested to rule out diabetes. Even a mildly high level—above 100 mg/dL after eight hours of fasting—can impact penile sensitivity, says Dr. Paduch. Change your diet, and start incorporating the 7 magical foods proven to boost your libido.

6
You have to urinate more often than usual 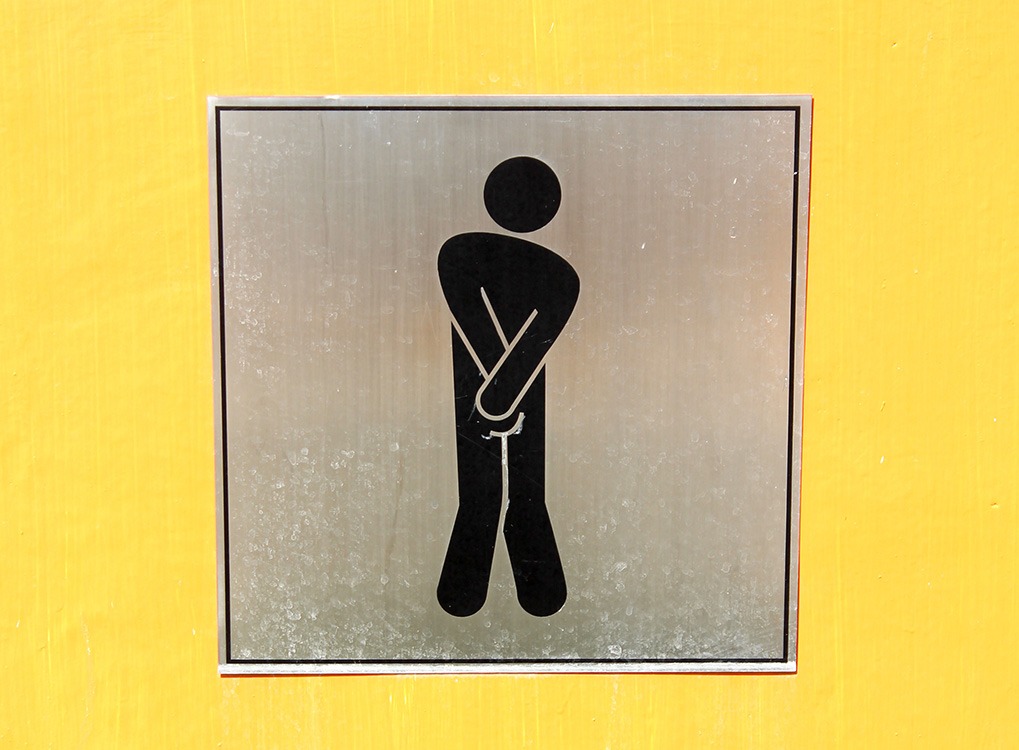 The likely cause of your plumbing problem is benign prostatic hyperplasia, or BPH, a condition that rarely causes symptoms before age 40 but affects up to 90 percent of men in their 70s and 80s. When your prostate is enlarged, it presses on the tube that carries urine out of your body, giving you that persistent gotta-go feeling. Your doctor may prescribe alpha-blockers, pills that help BPH (and sometimes high blood pressure) by relaxing the smooth muscles in your prostate. Then loosen up at the urinal and let it flow. 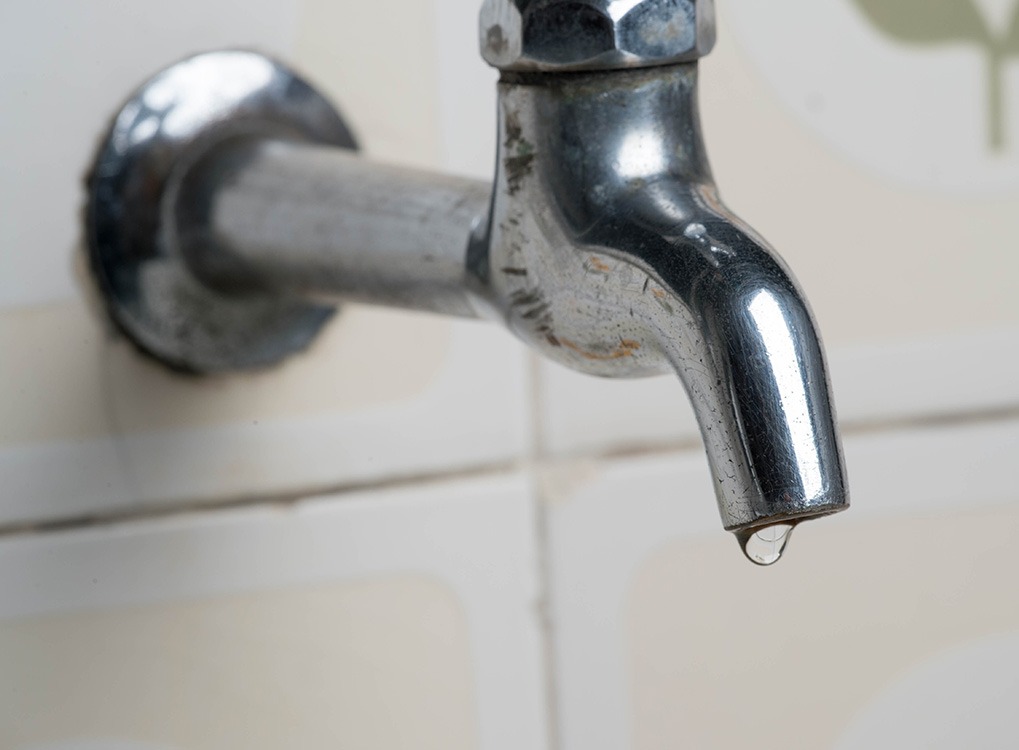 Sputtering when you should be spurting? Low testosterone could be the culprit. "Testosterone helps produce semen, and the more semen you have, the more force you ejaculate with," Dr. Paduch says. The cause of your trouble may also be lurking in your medicine cabinet: About one-third of men who take selective serotonin reuptake inhibitors (SSRIs) for depression experience difficulty reaching orgasm, according to researchers in Iran. Ask your doctor whether you should change the dose or switch medications. Or, you could consider testosterone replacement therapy.

8
Your erection is curving at a strange angle 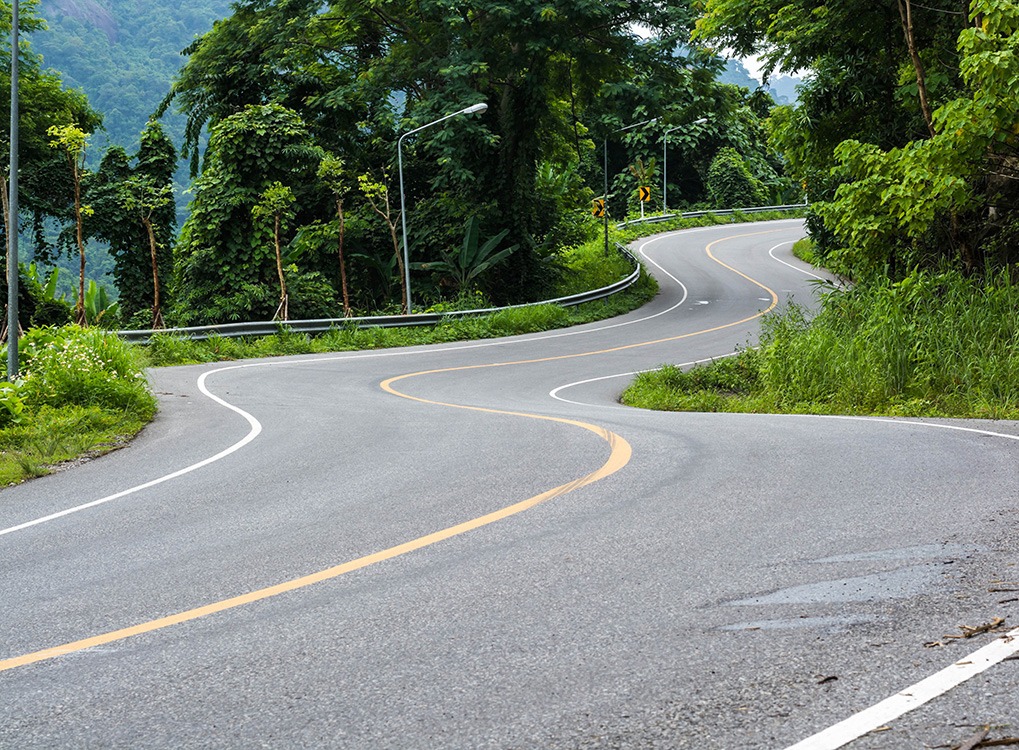 Wang gone wild? You might be one of the up to 23 percent of men ages 40 and over who will get Peyronie's disease, a condition that makes an erect penis bend in any direction at an angle of 30 degrees or more. It strikes when collagen plaques form on the connective tissue surrounding the spongy interior of the penis. The cause may be genetic or a sign of too much or too little sexual activity. Seek treatment within 24 hours, says Dr. Paduch, and consider a blood sugar test. High glucose levels alter stem cells in your penis, encouraging plaque to form.