The World's Largest Jewelry Brand Is Banning These

Pandora says the decision to permanently remove the item was partially based on customer demand.

A trip to the jewelry store is a timeless tradition for anyone looking to celebrate a special moment. But thanks to changing demands, the way people shop for rings, bracelets, and necklaces could be about to change forever. That's because Pandora, the world's largest jewelry brand, has announced that it will be banning this item from its display cases from now on. Read on to see what's getting cut, and for more on other major retail changes, This One Thing Is Disappearing From Walmarts Nationwide.

Pandora is banning mined diamonds from their product inventory.

On May 4, Pandora Group announced that it would be banning mined diamonds from its product inventory. Going forward, the company said it would only be using synthetic, lab-made diamonds in its jewelry products. The change is set to begin with the launch of Pandora Brilliance, a brand new line that will debut in the U.K. before expanding to the global market in 2022.

The decision to ban mined diamonds was partially based on customer demand.

According to the company's statement, the move to synthetic diamonds was made at least partially due to customer demand, which has shifted towards artificial stones in recent years due to environmental and cost concerns. In fact, Pandora says "lab-created diamonds are outpacing the industry's overall growth" when it comes to purchases.

"[Lab-created diamonds] are as much a symbol of innovation and progress as they are of enduring beauty and stand as a testament to our ongoing and ambitious sustainability agenda," Alexander Lacik, Pandora CEO, said in the statement. "Diamonds are not only forever, but for everyone." And for more on important items that are becoming scarce, This Everyday Necessity May Soon Be Impossible to Find, Experts Say.

Synthetic diamonds are graded in the same way as mined diamonds but are more sustainable. 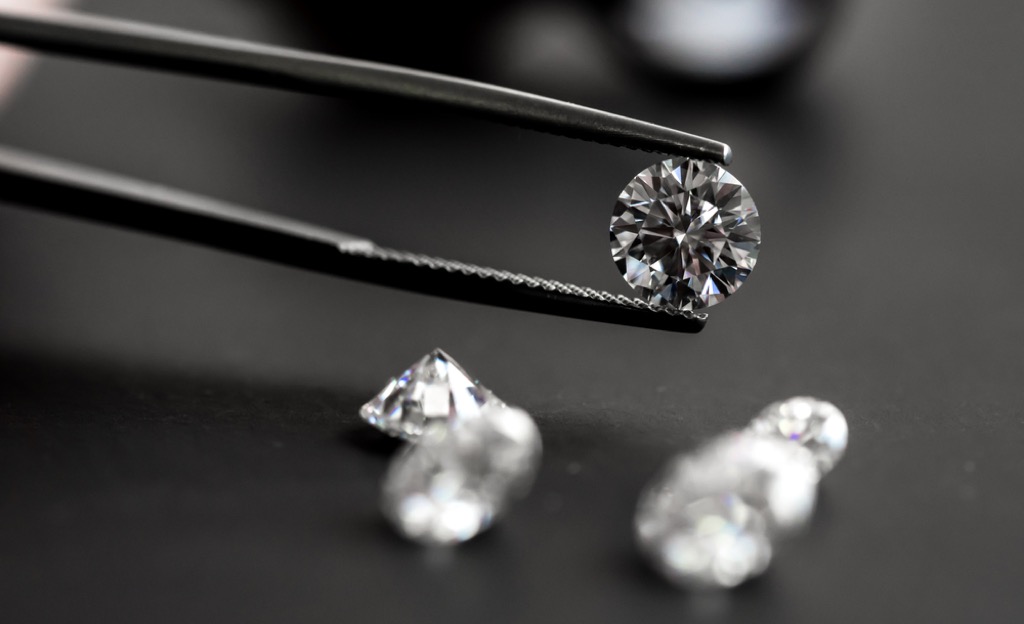 Pandora points out that lab-made diamonds are similar to mined diamonds in practically every way, including their look, shape, and chemical composition. They're even graded using the same system of standards known as the "4Cs" that evaluate cut, color, clarity, and carat.

However, diamonds created in a lab are a more sustainable product, removing the need for environmentally damaging mining practices and avoiding the continuation of "blood diamond" sales that fund conflicts, Reuters reports. Pandora also reports that the diamonds the company produces "are expected to be made using 100 percent renewable energy."

Manmade diamonds are also much more affordable than mined gems.

Besides being more ethically and environmentally sound, lab-made diamonds have another important quality: they're far more affordable. According to Lacik, technology now allows jewelry designers to mimic nature at a "very, very different price," saying that lab-grown diamonds can be made for "a third of what it is for something that we've dug up from the ground," The Guardian reports. And for more on other delicacies that are becoming rarer, This Beloved Summer Food Is Disappearing From Stores and Restaurants.

Zachary Mack
Zach is a freelance writer specializing in beer, wine, food, spirits, and travel. He is based in Manhattan. Read more
Filed Under
Defining Moments • News • Shopping
Read This Next
Latest News
Read This Next