This Infamous Royal Might Inherit The Queen's Corgis, Enraging Fans

Here is who might inherit the job of caring for the Queen’s beloved canines.

The Queen's corgis were her lifetime companions. Starting from the time she was a young girl, Queen Elizabeth has owned multiple corgis and even a few dorgis (dachshunds mixed with corgi) who regularly accompanied her around the world. According to reports, she has owned 30 corgis in her lifetime. "My corgis are family," the Queen once said. Now that she has passed away, many people are wondering what will happen to the Queen's beloved canines. According to one royal expert, it's very likely that one infamous member of the Royal Family will be appointed their guardians.

1
The Corgis Where the Queen's "First" and "Last" Loves

One royal expert told Newsweek that the Queen's canines were truly beloved. "She loves animals and she absolutely adores dogs. She always has done, they were her first love and they will be her last," royal biographer, Ingrid Seward told Newsweek, prior to the Queen's passing.

2
The Corgis Will Move Out of Buckingham Palace 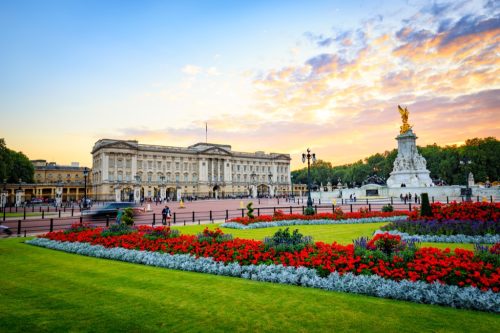 Howard Hodgson, a royal commentator and author of Charles — The Man Who Will Be King, told The Express earlier this year, that the corgis probably won't remain at Buckingham Palace. "The Queen and the Queen Mother were always associated with the corgis but Charles and Camilla have Jack Russells — they're not going to change to corgis just because he is King," he pointed out.

3
Andrew Will Likely Inherit the Corgis

According to reports, her last two dogs were gifted to her by her son, Prince Andrew. So, it is believed that he would inherit them now that she has passed. "I imagine the dogs would be looked after by the family, probably Andrew [as] he's the one that gave them to her, they're quite young, the corgi and the dorgi," said Seward.

4
Social Media Erupted Over the Report

Social media erupted over the report. "I was sad about the queen dying until I read her corgis will go live with Prince Andrew… now I'm balling my eyes out," tweeted Pernille Haaland. "Not sure I'd trust him with my dogs my kids definitely not," added a Twitter user who goes by the handle @rsstokey.ae0fcc31ae342fd3a1346ebb1f342fcb

Brendon McKenna, pointed out that at least it would give Andrew, who was forced to step down from his royal duties after being accused of sexual assault by a then-minor, Virginia Giuffre. "Prince Andrew might have a new job – Corgi Handler lol," he tweeted.