Being too slow could also affect how quickly they receive more doses, thanks to new government policy.

Ever since the development and release of Pfizer's and Moderna's COVID vaccines, medical experts have been optimistic that there's an end in sight for the deadly pandemic pandemic. Unfortunately, reports of highly coveted doses sitting unused in freezers have become all too common as officials begin to retool exactly how the vaccine should be administered. While some states have been able to maintain a speedy rollout, others have been slow to administer their allotment of COVID vaccinations—which may soon have an effect on how quickly they can access more doses. Read on to see which at-risk states are doing the worst job, and for more on other official updates, check out The CDC Just Gave a Shocking COVID Vaccine Update.

According to an announcement from the Department of Health and Human Services (HHS) on Jan. 12, the way the federal government determines how vaccines are allocated between states will soon change. Previously, vaccines were assigned based on how many elderly people reside in each state; but soon, it'll be based on how quickly doses are administered as well, HHS Secretary Alex Azar announced during a press conference on Jan. 12. States will now have two weeks to address any issues with lags in reporting figures to the Centers for Disease Control and Prevention (CDC) before the new system goes into effect.

"States should not be waiting to complete phase 1a prioritization before proceeding to broader categories of eligibility," Azar said during a press conference with reporters. "Think of it like boarding an airplane. You might have a sequential order in which you board people. But you don't wait till literally every person from a group is boarded before moving on to the next."

The change comes after health officials recently began calling for a less stringent approach to following the CDC's phased guidelines to help the vaccine rollout move along. Azar's announcement also came alongside other massive policy shifts, which aim to speed up the process by recommending states now vaccinate all people above the age of 65 and those under 65 with co-morbidities.

So which states are currently doing the worst job of vaccinating their populations and could see their future allotment affected? Read on to see which made the bottom of the list, according to CDC data as of Jan. 12. And for more on how you should prepare for the vaccine, check out If You Take These OTC Meds, You Have to Stop Before Getting the Vaccine.

Georgia's public health data shows that less than one-third of the almost 700,00 doses shipped to the state have actually been administered, the Rome News-Tribune reports.

After eligibility was recently expanded to allow anyone over the age of 65 access to the COVID vaccine, Georgia's hospitals and online appointment booking software were crippled by a flood of requests and hopeful recipients. "There are simply more Georgians that want the vaccine than can get it today," Georgia Gov. Brian Kemp said at a press conference on Jan. 12, according to The Augusta Chronicle. "Please know that we are working tirelessly to get our limited supply of vaccines to those who need it and who it would do the most good." And for another state-by-state update, check out The New COVID Strain Is Now in These 10 States. 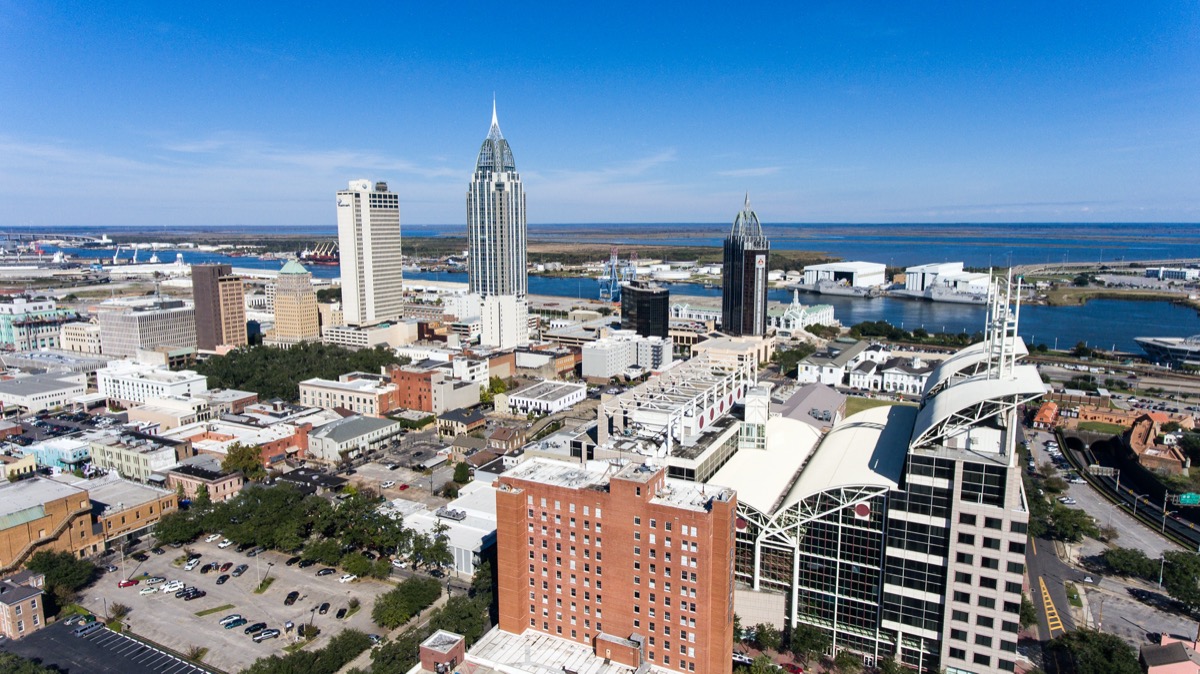 Despite not opening vaccinations for people above 65 yet, Alabama is still experiencing major issues administering the vaccine after relying solely on a telephone hotline to book appointments. The system has been overwhelmed with calls, and officials are scrambling to take some of the strain off, AL.com reports.

"We are working to improve our registration capabilities by creating an online portal in addition to the hotline," Alabama Gov. Kay Ivey announced in a tweet on Jan. 11. "We'll provide more info when that's available." And for more on how much the pandemic is affecting where you live, check out How Bad the COVID Outbreak Is in Your State.

After local officials and lawmakers expressed frustration with the first phase of inoculations, South Carolina has begun taking steps to improve its position as the second slowest vaccine administrator in the U.S. This includes opening up the availability of doses to anyone above the age of 70, an age local health officials landed on after doing some calculations based on mortality rates and demographic data.

"Because we've seen a dramatic acceleration in vaccine usage and appointments in the last week, we have decided to speed things up again," South Carolina Gov. Henry McMaster said in an announcement on Jan. 11. "We know that those 70 and older are at the greatest risk of dying from COVID-19. Making sure they have expedited access to the vaccine will help save lives." And for more regular COVID news, sign up for our daily newsletter.

According to local health data as of Jan. 11, Arkansas had vaccinated 84,000 people—which is less than three percent of the state's population. But with officials and healthcare professionals in the state complaining of a complicated rollout on short notice, many hope that the coming weeks will see operations begin to smooth out.

"It's not as easy as just having the vaccine and just saying 'Okay, let's open up the doors and have people vaccinated,'" Shane Speights, MD, dean of the NYIT College of Osteopathic Medicine at Arkansas State, told local ABC affiliate KAIT. "You can't waste a single dose. We need as many people vaccinated in this country, and certainly here in the state of Arkansas, as we can get in the coming months." And for the one state that seems to be hanging on without a spike, check out The Only State Where COVID Isn't Surging Right Now.

Best Life is constantly monitoring the latest news as it relates to COVID-19 in order to keep you healthy, safe, and informed. Here are the answers to your most burning questions, the ways you can stay safe and healthy, the facts you need to know, the risks you should avoid, the myths you need to ignore,and the symptoms to be aware of. Click here for all of our COVID-19 coverage, and sign up for our newsletter to stay up to date.
Zachary Mack
Zach is a freelance writer specializing in beer, wine, food, spirits, and travel. He is based in Manhattan. Read more
Filed Under
Coronavirus • Medicine • News
Read This Next
Latest News
Read This Next