Researchers have identified poor sleep as an underlying cause of cognitive decline.

In what has been an understandably stressful past year, many of us have struggled to both fall asleep at night and to maintain a regular sleep schedule. But aside from leaving you feeling groggy in the morning, scientists are now warning that consistently getting insufficient sleep each night can lead to a higher risk of dementia and a higher risk of all-cause mortality. Find out how many hours you need to avoid these dire outcomes, and for more advice on how to catch those zzz's, check out Wearing These Just Before Bed Could Help You Sleep, Study Finds.

Sleeping less than five hours per night puts you at risk. 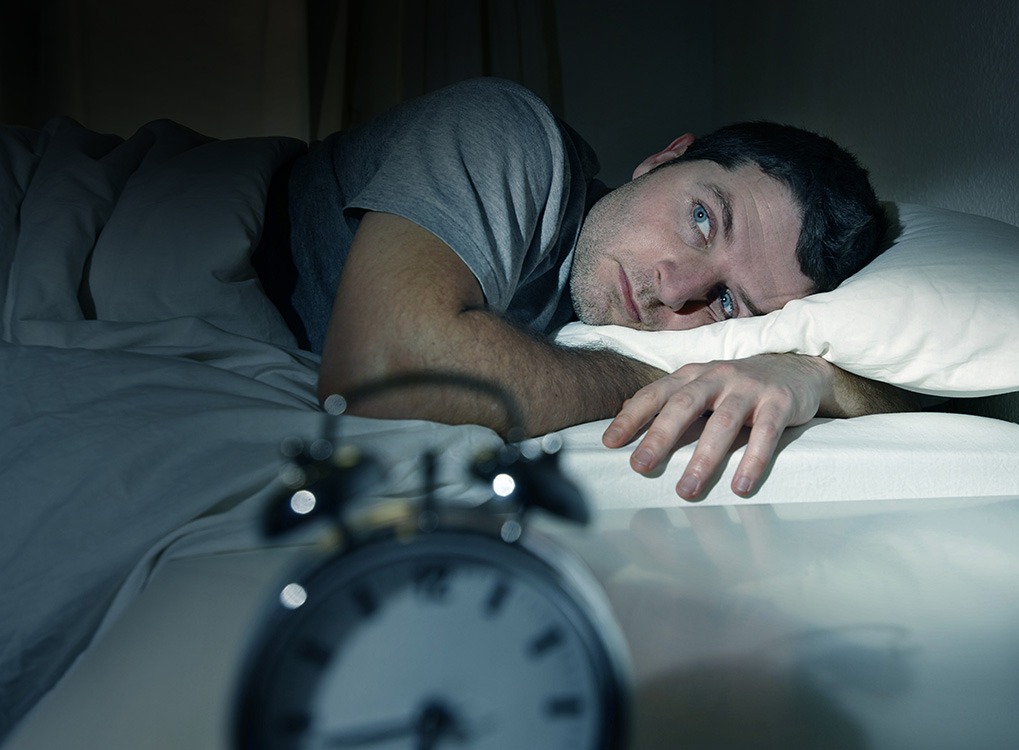 The new research paper, published in the journal Aging, comes from researchers at Brigham and Women's Hospital and Boston College. For the study, the researchers analyzed data from the ongoing National Health and Aging Trends Study (NHATS), which is comprised of Medicare-eligible individuals ages 65 years and older in the United States. Over a five-year study period, they looked at 2,810 adult participants (whose average age was 76), analyzing how long they slept each night, how long it took them to fall asleep, and whether they felt the need to nap the following day. They also looked at how easy or difficult people found it to focus mentally during the day, as well as at all-cause mortality.

Compared to those who reported sleeping seven to eight hours per night, study subjects who slept for less than five hours appeared to have double the risk of developing dementia. Similarly, among those who took more than 30 minutes to fall asleep each night, the risk of developing dementia rose by 45 percent. And for more tips you need to know in order to sleep soundly, check out Writing This One Thing Down at Night Will Help You Sleep, Study Finds.

But sleeping too long can have a similar effect.

Previous research has also found that those with more reliable sleep habits and patterns have a lower incidence of dementia and death. A 2018 study published in the Journal of the American Geriatrics Society looked at about 1,500 Japanese adults over the age of 60. That study found that those who slept between 5 and 6.9 hours per night had lower incidences of both dementia and death in the study period than subjects who slept less than five hours or more than 10 hours, proving sleeping too much is also dangerous. And for more on how your sleep habits affect your health, check out Sleeping in on These Days Could Add Years Back to Your Life, Study Says.

Your work hours could also affect your cognitive health.

But it's not just the elderly who need sleep. A 2015 French study published in the journal Occupational and Environmental Medicine found that 10 years of night shifts could age your brain by 6.5 years, concluding that "shift work chronically impairs cognition, with potentially important safety consequences not only for the individuals concerned, but also for society." Workers in Denmark and Korea have been compensated by the government for the poor health that they suffered after working night shifts. And for more health news delivered right to your inbox, sign up for our daily newsletter.ae0fcc31ae342fd3a1346ebb1f342fcb

Insufficient sleep is an issue plaguing many Americans.

Insomnia is estimated to affect one in four American adults every year, according to a 2018 report from University of Pennsylvania School of Medicine, and many others suffer from snoring, restless legs, narcolepsy, and other nighttime conditions—which means not getting enough sleep is a widespread issue.

With an aging population—the number of adults aged 85 and over in the United States is projected to quadruple between 2000 and 2040—habits that are damaging us now need to be addressed to ward off more serious problems in the long run. And for more on improving your sleep habits, check out Doing This One Thing With Your Partner Will Help You Sleep, Study Says.

John Quinn
John Quinn is a London-based writer and editor who specializes in lifestyle topics. Read more
Filed Under
Health Advice • News • Sleep • Your Brain
Read This Next
Latest News
Read This Next