Meghan’s new podcast is slammed by a few Royal experts.

On Tuesday, Meghan Markle finally released the highly anticipated first episode of her Spotify podcast, Archetypes. During the premiere, titled The Misconception of Ambition with Serena Williams, the Duchess chatted with the GOAT tennis star, taking a deep dive into the concept of ambition. During the episode, Meghan touches upon how she was taught that ambition was a good thing as a woman. However, once she became Prince Harry's girlfriend, her ambitious nature wasn't necessarily considered an asset. The interview has since been slammed by royal experts, many of who point out that Meghan wasn't exactly blindsided about what life as a royal would entail when she decided to marry a prince.

1
Meghan Revealed That She Learned Ambition Was a Good Thing

In the podcast, Meghan explains how her all-girls catholic school in Los Angeles, Immaculate Heart, fueled her ambitious and feminist nature. "This message to me and my classmates was clear: our futures as young women were limitless. Ambition? That was the whole point!" she said.

2
However, She Claims in Royal Life It Is "Terrible"

But her most prized asset turned out to be a liability when she was introduced to royal life. "So, I don't remember ever personally feeling the negative connotation behind the word ambitious until I started dating my now husband," she said. "And um, apparently ambition is, uh… a terrible, terrible thing, for a woman that is – according to some. So, since I've felt the negativity behind it, it's really hard to un-feel it. I can't unsee it, either, in the millions of girls and women who make themselves smaller – so much smaller – on a regular basis."

3
A Royal Expert Maintains She Isn't Defining the Word Correctly 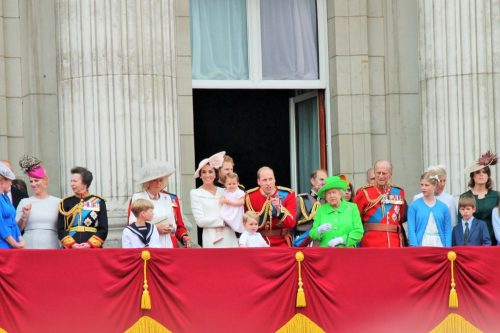 Royal commentator Angla Levin slammed Meghan's claim that she didn't "ever remember personally feeling the negative connotation behind the word ambitious until I started dating my now husband," in an interview with Express. She pointed out that the Royal Family is in fact about ambition "in sense of duty and giving" and not "about getting to the top."

4
Meghan "Obviously Did Not Want to Listen" to Harry

Levin continued: "She thought it was normal to be ambitious and only when she started dating Harry did she realise that it was not welcomed. My goodness, that is a smack at Harry and a punch to the Royal Family. Harry told her about life in the Royal Family, but she obviously did not want to listen."

Royal expert Richard Fitzwilliams also described Meghan's remarks on ambition as "curious" in an interview with The Daily Mail. "She undoubtedly feels she has been singled out. The interview was about The Misconception of Ambition, but the implication here is that after she dated Harry she feels she was picked on. She was ambitious beforehand and did well in Suits but that is not top league television," he said. "There is surely nothing wrong in being ambitious and being royal, in fact the role positively encourages a member of the royal family to be ambitious to help those in need. Diana was very ambitious, her charitable work and her public profile were synonymous, ultimately fatefully so, but she did immense good."