These are the Most Controversial Star Wars Opinions, According to Reddit

Everyone has strong opinion abut the saga, but these are the most disputed.

In its forty-plus-year reign at the forefront of pop culture, Star Wars has expanded into nearly every aspect of entertainment. The sprawling, compelling space saga has attracted a huge fanbase, but its lore, spinoffs, and evolution aren't for everyone; it's hard to watch even one film without formulating a strong opinion or two about some aspect of the premise, characters or production. Reddit recently unpacked some of those opinions that are the most controversial.

Superfans of any extended franchise tend to be vocal about inconsistencies, implausibilities, and changes to the object of their fandom, and they tend to be super-vocal about any perceived dips in quality. But more than two thousand Redditors agreed that Star Wars fans tend to take this a bit too far. "I like Star Wars. The movies, the shows, the games. But the community ruins it," said @absoluteunit94. "They complain and bitch about every single thing there is. It's fantasy, not history."

2
It Doesn't Need to Be So Dark

"Star Wars does not need to be darker, more adult, or more serious," said @undrunkenmonkey88. "Star Wars has always been weird and silly and fun. Star Wars also doesn't need to be great to be good Star Wars. The vast majority of Star Wars content isn't great art, or even great storytelling, but it is all good fun."

3
Too Much Of It Is Set In Tattooine 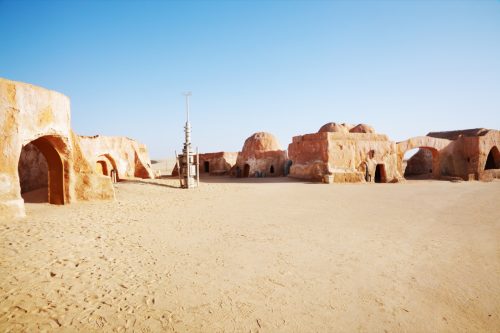 Redditors found it curious that a story that involves the entire universe would be so centered on the planet Tattooine. "Strange how people keep hiding and try to get 'off the grid' on one of the most popular planet in the damned galaxy," noted @shaka_zulu12. Another noted that hiding Darth Vader's child on Darth Vader's home planet with his family, while expecting no one to find the child, was a strange premise.

4
There's Too Much Ashoka

"Inserting Ashoka into EVERYTHING lately is annoying and sooner or later it's going to start turning people against her," said @MelkortheDarkOne. "I get she's popular and I love her as well but sometimes less is more."

5
The Scale Is Weird

7
It's All About the Bots

"The whole story is actually about R2 and 3PO, everyone else just comes and goes," posited @AngeluvDeath. Redditors cheered this take, with one calling it a "Buddhist/Grateful Dead approach to Star Wars."

Michael Martin
Michael Martin is a New York City-based writer and editor whose health and lifestyle content has also been published on Beachbody and Openfit. A contributing writer for Eat This, Not That!, he has also been published in New York, Architectural Digest, Interview, and many others. Read more
Filed Under
Extra • Movies • News
Read This Next
Latest News
Read This Next