The mom is accused of bullying her teenage daughter and her boyfriend.

Bullying is considered an epidemic in the United States. According to the government, bullying is defined as "unwanted, aggressive behavior among school-aged children that involves a real or perceived power imbalance" that is "repeated, or has the potential to be repeated, over time." Not only is bullying hurtful to children at the moment it occurs, but can seriously damage mental health over time. "Both kids who are bullied and who bully others may have serious, lasting problems," they say. Most commonly, bullying occurs between peers. However, one recent case in Michigan highlights that bullying can also occur between a parent and child – and may even result in legal charges being filed.

Kendra Licari of Mt. Pleasant, Michigan, faces five charges, including stalking a minor and obstruction of justice, according to a new criminal complaint. It alleges that she sent bullying messages to teenagers using a fake name and number. One of the teenagers was her own.

2
Her Daughter Filed a Complaint in 2021

According to ABC News, Beal City Public Schools investigated a complaint filed by Licari's daughter and her boyfriend for a year. The two maintained they were getting harassing messages but thought they were from one of their peers.

3
Initially, They Believed It Was Another Child

"Even when we realized that it wasn't a kid, we weren't expecting that it would be a parent," William Chilman, superintendent of Beal City Public Schools, told Good Morning America. "When they informed us later in the spring that they were suspecting that it possibly was her, it was a shock to all of us. I think everybody involved." The school promptly reported its findings to law enforcement.

4
She Was Eventually Caught Due To Her IP Address 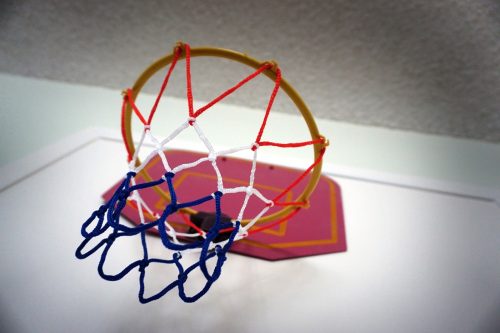 According to prosecutors, the harassment started in 2021 when Licari was coaching basketball at her daughter's school. She was sending messages but using software to hide her location. "In doing so, it would shield her and kind of cloak her identity or her digital identity," David Barberi, an Isabella County prosecuting attorney, told "GMA." "But eventually, we were able to see that her IP address was popping in and out right before and right after these messages were going through."

5
There Were "Tens of Thousands" of Messages

"We had tens of thousands of text messages, whether they were messages that were just for her daughter or some of her daughter's friends. And the digital footprint was just insane," Barberi said. After being confronted with the evidence, Licari confessed to sending them. She is currently out on a $5,000 bond.

6
What to Do if Your Child Is Being Cyberbullied

Talk to your child: It is essential to have an open and honest conversation with your child about what is happening. Ask your child how they are feeling and encourage them to share their experiences with you.

Document the bullying: Keep a record of the cyberbullying incidents, including the date, time, and any relevant details. This will be useful if you need to report the bullying to school officials or law enforcement.

Help your child cope: It is important to provide emotional support to your child during this difficult time. Encourage your child to talk about their feelings and offer comfort and reassurance.

Create a safety plan: Work with your child to develop a plan for how to handle future instances of cyberbullying. This might include blocking the bully's account, ignoring the bully's messages, or seeking help from a trusted adult.

Seek additional support: If the cyberbullying is severe or your child is struggling to cope with the situation, it may be helpful to seek support from a mental health professional or a support group for children who have experienced cyberbullying.

By taking steps to address the situation and provide support to your child, you can help your child cope with the effects of cyberbullying and move forward in a positive way.