Meghan Markle Denies She "Lied" to Oprah. Now Her Half-Sister is Suing.

The Markle family drama is heating up, and now lawyers are involved.

Soon after Meghan Markle and Prince Harry's romance went public, the actress' family drama started grabbing headlines. While her mother, Doria Ragland, has never publicly spoken a word about her daughter, some of her family members, including her father, Thomas Markle, and half-sister, Samantha, were happy to talk to the press about everything from her childhood to airing the family's dirty laundry. During Meghan's bombshell interview with Oprah, she made a statement that upset her sibling so much, she is trying to take her to court. Read on to learn more about this royal drama.

1
Meghan Told Oprah She "Grew Up As An Only Child"

During the interview, Meghan addressed Samantha Markle's book, The Diary of Princess Pushy's Sister, Part 1.  "I think it'd be very hard to tell all when you don't know me. And I mean, it's this is a very different situation than my dad," she told Oprah. "When you talk about betrayal, betrayal comes from someone that you have a relationship with… I don't feel comfortable talking about people that I really don't know." She added that she "grew up as an only child," noting that she hadn't seen Samantha in many years. "I wished I had siblings. I would have loved to have had siblings. I mean, the last time I saw [Samantha] must have been at least 18, 19 years ago. And before that, ten years before that." She also added that Samantha didn't even take the surname Markle until Meghan started dating Harry. "She changed her last name back to Markle. And I think she was in her early 50s at that time, only when I started dating Harry," Meghan said.

"So I think that says enough."

Samantha, 57, is accusing the duchess of concocting a "false narrative and fairy-tale life story" and suing her half sister for $75,000 in damages, not only over the Oprah interview, but for the Finding Freedom biography released the year before. She claims that statements made on the show and in the book humiliated her publicly.

3
Meghan's Lawyer Maintains It Was a "Subjective Statement"

"Plaintiff [Samantha] first asserts that she can disprove that Meghan grew up as an only child. But this perception is inherently unfalsifiable. It is hard to imagine a more personal and subjective feeling than how one views their own childhood," her lawyers wrote in legal papers filed in Florida. "Moreover, Plaintiff's opposition completely ignores the context of the statement, where Ms Winfrey asked Meghan about her 'relationship' with Plaintiff (to whom Ms Winfrey referred as her 'half-sister on her father's side'). Meghan's response to that question that she 'grew up as an only child' was obviously not meant to be a statement of objective fact that she had no genetic siblings or half-siblings. Rather, it was a textbook example of a subjective statement about how a person feels about her childhood."

4
Also, Her Lawyers Point Out She Can't Be Sued Over a Book She Didn't Write 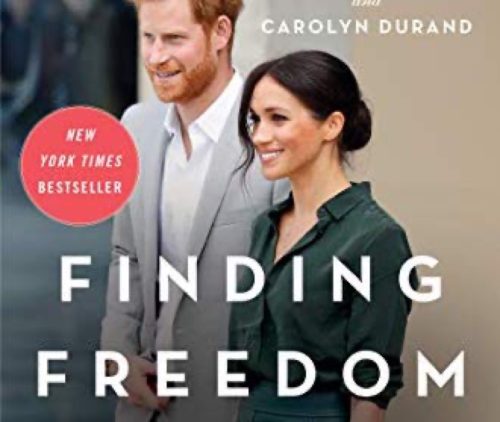 They also point out that Meghan also cannot be sued over Finding Freedom for the simple fact that she didn't write it! because she did not write it. "Meghan did not make the statements; she cannot be liable for them. It is that simple."

RELATED: This is the Queen's No. 1 Favorite Meal, According to Her Chef

5
Her Lawyers Also Lashed Out at Samantha

Meghan's lawyer, Michael Kump, of the Kinsella Weitzman Iser Kump Holley law firm, also lashed out at Samantha personally: "This baseless and absurd lawsuit is just a continuation of a pattern of disturbing behavior. We will give it the minimum attention necessary, which is all it deserves."