They say it's under-researched, under-regulated, and can be dangerously mislabeled.

Over the past 25 years, the U.S. has seen a major overhaul in the way we think about and regulate marijuana use. In 1996, California became the first state to approve medical marijuana and in 2012, Colorado and Washington became the first to legalize it for recreational use. Since then, we've seen a cascade of new legislatures surrounding cannabis: today, 18 U.S. states plus Washington, D.C. have legalized marijuana for adults over the age of 21, and 37 states have legalized medical marijuana for those with approved medical conditions.

However, some health authorities have voiced concerns over the drug's growing availability. In fact, the Centers for Disease Control and Prevention (CDC) and the U.S. Food and Drug Administration (FDA) have just released a warning regarding one particular type of marijuana, which they say may be putting you at risk of unexpected tetrahydrocannabinol (THC) intoxication and more. Read on to find out which kind of marijuana has the CDC and FDA sounding the alarm, and how to recognize a problem.

RELATED: This Is the State With the Most Marijuana Users, According to Data.

Delta-8 THC can cause a range of adverse effects, say the CDC and FDA.

As cannabis becomes more visible in legalized states, you're increasingly likely to come across delta-8 THC products, often sold in the form of vape cartridges or edible gummies. These are made with a compound produced naturally in cannabis that is typically considered to be less potent than delta-9 THC, the main psychoactive ingredient that causes marijuana users to feel high, Verywell Mind points out.

However, as the CDC and FDA note, the health effects of delta-8 products have not yet been adequately researched or appropriately regulated. They say these products may be labeled "misleadingly," resulting in confusion over what constitutes a safe dosage. "Products that contain delta-8 THC but are labeled with only delta-9 THC content rather than with total THC content likely underestimate the psychoactive potential of these products for consumers," the CDC cautioned in a new statement released Sept. 14.

This underestimation can have serious consequences. Consuming too much of the product can lead to adverse effects, including lethargy, disorientation, slurred speech, slowed heart rate, sedation, difficulty breathing, and even coma, the CDC says.

RELATED: This Is the State That Drinks the Most Alcohol, According to Data.

Some consumers have mistaken delta-8 products for CBD, hemp, or candy.

The CDC says that because delta-8 products can be sold outside of regulated marijuana dispensaries "by a wide range of businesses that sell hemp," they are sometimes confused with hemp or CBD products, which have no psychoactive effects. "Consumers who use these products may therefore experience unexpected or increased THC intoxication," the organization warns.

Additionally, reports have skyrocketed of children ingesting a parent's delta-8 THC-infused gummies while believing them to be candy. A July 2021 report from the American Association of Poison Control Centers said there were almost 2,500 reports of children under 12 who accidentally ingested edible marijuana at home in 2020, reports CBS News. In 2016, there were just 132 such cases reported.

Accidental overconsumption has resulted in many hospitalizations.

The proliferation of delta-8 products has already caused a spike in related poison control reports and hospitalizations. Between Jan. 1 and Jul. 31, 2021, the CDC says there were 660 reports to the American Association of Poison Control Centers of THC exposure related to delta-8 products. Eighteen percent of exposures required hospitalization, and 39 percent involved pediatric patients, according to the CDC. "These numbers are likely an underestimate due to the potential for inaccurate and incomplete information about products used by consumers," the health authority adds.

The CDC notes that several factors may determine whether you suffer an adverse event or side effects when using delta-8 products. These include "the type of cannabinoid ingested, concentration, route of exposure, and the individual characteristics of the person who consumed the cannabinoid such as their age, weight, and sex." 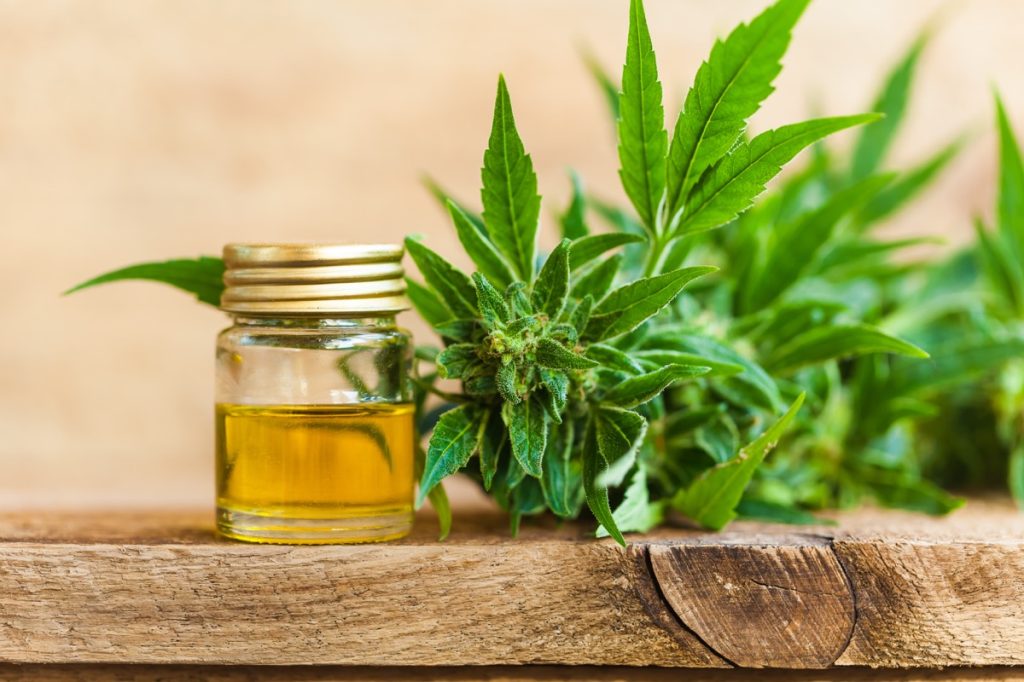 Delta-8 products are still relatively new on the market, and at present they remain largely unchecked by regulatory bodies such as the FDA. The CDC says that in addition to the heightened risk of overconsumption, some delta-8 products may also be contaminated with "heavy metals, solvents, or pesticides that may have adverse health effects."

RELATED: If You Take This Popular Medication, Call Your Doctor Now, FDA Says.