The former lover of the exiled king of Spain, Juan Carlos, says he was part of a Whatsapp group with her ex-husbands and two children and used it to turn her offspring against her. Corinna Larsen, 57, has been involved in a protracted legal battle in the UK with the former king. She has accused Juan Carlos of harassment and trying to discredit her after the end of their five-year relationship in 2009 turned sour. She has sued the ex-monarch for damages.

Larsen has been discussing her relationship with the former royal—and the dramatic aftermath—in the podcast Corinna and the King. She claimed he tried to renege on a $65 million gift and enlisted Spanish agents to break into her apartment and obliquely threaten her life. Read on to find out about the extent of her latest allegations. 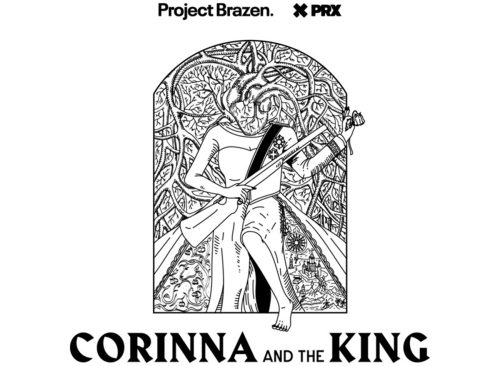 In the latest episode of the podcast, Larsen said the WhatsApp group had an unusual name and claimed Juan Carlos was using it for nefarious reasons. "They call themselves 'The Pride,' as in a pride of lions," said Larsen. "And in this WhatsApp group, you now have Juan Carlos, Phillip [Adkins], my first husband, Casimir [zu Sayn-Wittgenstein-Sayn], my second husband, and both my children." (Adkins has denied being part of the group.)

Larsen said Juan Carlos used the WhatsApp group to turn her son and daughter against her in 2016. "At this point, they've abducted many of my social contacts, all of my clients, ex-husbands, close friends, and now they're going after my children," said Larsen. "They've all been told I'm a thief. I'm disloyal and untrustworthy. And that, to me, just was devastating."

The German businesswoman said that because of this, her son Alexander zu Sayn-Wittgenstein, who was a teenager when the group was formed, got a negative impression of her. "You maybe think, could Mummy be a liar and a thief? And can I trust her?" she said.

Larsen, a German-born businesswoman who lives in England, is embroiled in a court case with Juan Carlos in a dispute over $65 million in gifts. She accuses the former monarch of illegal surveillance and has sued him for damages, claiming he carried out "a continuous and ongoing campaign of harassment" after their relationship ended in 2012. ae0fcc31ae342fd3a1346ebb1f342fcb

Larsen alleges Spanish agents broke into her apartment in Switzerland and left behind a book on the involvement of the British and US intelligence agencies in the death of Princess Diana. A follow-up phone call suggested that what happened to Diana could happen to her, she claims.

4
Who Is Juan Carlos?

Juan Carlos, 84, became Spain's king in 1975 and abdicated the throne to his oldest son in 2014. Amidst financial scandals, he fled to Abu Dhabi, where he lives today. The exiled king returned to Spain earlier this year to visit family. He was in attendance at Queen Elizabeth II's funeral in London in September, where he appeared alongside his estranged wife Queen Sofia.

The former king denies Larsen's allegations. Earlier this year, he appealed a UK court ruling that he is not entitled to "sovereign immunity" in the harassment case as a member of the Spanish royal family. Last week, Juan Carlos won that appeal—the court ruled that he was immune in the UK from legal action during the time he was king. This means any of Larsen's allegations that occurred between 2012 and 2014 won't be part of the ongoing lawsuit.