Crypto Company Sends Woman $10.5 Million Refund Instead of $100 She Asked For. Here's What Happened Next.

They didn’t notice the mistake for 7 months.

It's a fantasy that has passed through the mind of pretty much everyone on the planet. Imagine you checked your bank account balance one day, and discovered that millions of dollars had been deposited in your account. What would you do with the money? Would you report it to the authorities, go on a lavish spending spree, donate it, or try hiding it in other accounts? One Australian woman was faced with this division last year when $10.5 million dollars landed in her account. Here is exactly what she did with the money and what went down in the aftermath.

Singaporean cryptocurrency trading platform Crypto.com intended to issue a $100 refund to Thevamanogari Manivel, from Melbourne, Australia. However, instead of entering the dollar amount, someone accidentally input her account number. She ended up with a whopping $10.5 million in her bank account in May 2021.

2
They Didn't Notice the Mistake for 7 Months

While it would be safe to assume that such a serious blunder would be immediately flagged, the company didn't see their error until December 2021. In hopes of recovering the money they launched legal action this year. As you can imagine, the judge was stunned it took them so long to take action.

3
By That Time She Had Gotten Rid of the Money

By the time the funds were frozen in Manivel's Commonwealth Bank account, she had already distributed the money to six other people, including her daughter and sister, who had already splashed out 1.35 million on a house in Melbourne. ae0fcc31ae342fd3a1346ebb1f342fcb

4
The Company Is Trying to Get It All Back

Crypto.com tried to freeze the sister's money as well, but her lawyers responded with a "Received, thanks," response, adding that she was seeking legal advice. A default judgment was awarded to Crypto.com to force her to sell the home and give the proceeds back to Crypto.com, plus an interest of $27,369.64 and costs.

5
Crypto.com Has Had Layoffs 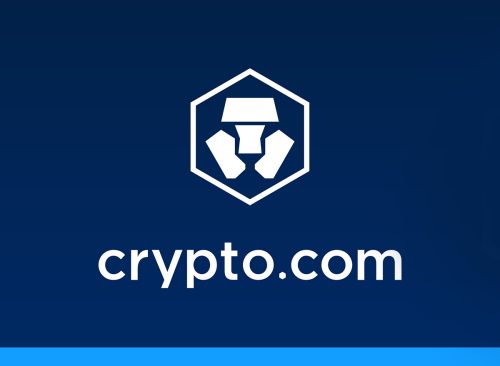 Crypto.com recently announced it was laying off 5 percent of its workforce in June 2022. According to Decrypt, they have since let "hundreds more" employees go. The company went into the spotlight after popular Hollywood actor Matt Damon backed it in a TV commercial with the catchphrase "Fortune Favours the Brave." It's not clear if the fortune will favor Crypto.com.