The suspect taught at several of their highest-level private schools.

A former instructor at the prestigious Eton College has been accused of murdering his 84-year-old mother, a mysterious case that's fascinating in the United Kingdom because the suspect taught at several of their highest-level private schools. This week, 45-year-old Matthew Corry appeared in court after being arrested for the murder.

He was not asked to enter a plea and only spoke his name, the Telegraph reported. The judge ordered pre-trial reports to be conducted before the next hearing. Read on to find out more about what happened the night Corry died, and why her death has an ironic connection to famous worldwide murder mysteries.

Shortly after midnight last Friday, police were called to the home of Beatrice Corry, where she lived with Matthew in an apartment within a converted elementary school. Beatrice was found with head injuries from which she later died, and Corry was arrested. The apartment is located in Chipping Campden, Gloucestershire, a town about three hours northeast of London.

2
Who Is Matthew Corry?

Corry has taught at a number of top private schools, including Godolphin and Latymer in West London, whose alumnae include Carrie Johnson, wife of Prime Minister Boris Johnson, and celebrity cook Nigella Lawson. He left his job at the school—where annual tuition is more than $29,000—in 2020, the Daily Mail reported.

The biology teacher attended the Berkshire prep school himself. He went on to teach both abroad and in highly selective schools in the UK, including Eton.

In an eerie coincidence: Before Beatrice Corrie moved to Chipping Campden in 2009, she lived in an apartment in the former home of Agatha Christie, the noted murder-mystery author. The Styles was named after Christie's first novel, The Mysterious Affair at Styles, which was published in 1920.

The novel introduced characters that would become familiar to the millions of readers worldwide who bought her mysteries and watched later TV adaptations: Hercule Poirot, Inspector Japp and Arthur Hastings.

Not much is known about Matthew Corry besides his past employment. Residents of Chipping Campden told the UK Times that Beatrice Corry was a retired teacher who was often seen walking and was "such a lovely lady." She volunteered at the local Campden Home Nursing charity shop, where staff described her as "a vivacious character with a kind and positive disposition."

"Beatrice was an original volunteer at our shop in Chipping Campden, which opened in 2019, and was a very valued member of our volunteer team," they said in a tribute.

5
"Didn't Appear to Be Troubled By Anything" 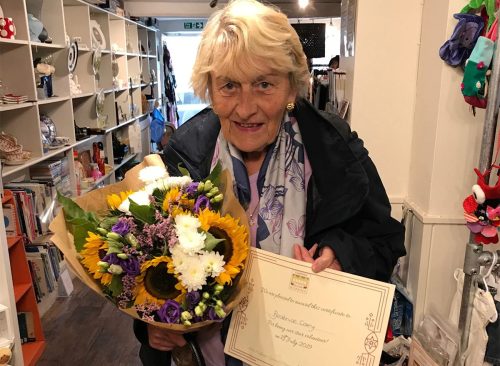 Beatrice Corry was also a member of a local history group that encourages older people to share their knowledge with others. David Pegg, a fellow member, told the Times she "didn't appear to be troubled by anything" during their last meeting on Jan. 3. "She was a lovely, selfless woman who did a lot of volunteering," he said. "Beatrice was extremely well-known. She had a wonderful apartment in the town and she was still very active considering her age."