If You Drink This Much Coffee a Day, Your Heart's in Danger, Study Finds

Consuming this amount of that morning pick-me-up could be setting you up for cardiovascular disease.

Coffee lovers, we've got good news and bad news. First, the good. According to experts from Johns Hopkins medicine, drinking "the right amount" of coffee has a whole host of health benefits, from lower cancer risk to decreased rates of Alzheimer's to a healthier heart. Now, the bad news. Drinking too much coffee can turn this last benefit on its head, significantly increasing your risk of cardiovascular disease (CVD). But if your coffee habit can both help and hinder your health, how much is too much, exactly? A new study by the Australian Centre for Precision Health at the University of South Australia has found that people who drink at least six cups of coffee per day are at a heightened risk of CVD. Read on to find out how your coffee habit could be putting you in danger, and for more on heart health, If You're Feeling These 3 Subtle Things, Your Heart Could Be in Danger.

The study, which was published in the journal Clinical Nutrition found that "long-term, heavy coffee consumption [of] six or more cups a day" increases the amount of lipids in your blood, putting you at higher risk for CVD. As the study's authors explain, this happens because coffee beans contain a potent cholesterol-elevating compound called "cafestol."

"In this study we looked at genetic and phenotypic associations between coffee intake and plasma lipid profiles—the cholesterols and fats in your blood—finding causal evidence that habitual coffee consumption contributes to… your risk of heart disease," the researchers shared in a press release.

That said, not all cups of coffee are created equal from a heart health perspective, the researchers say. "Cafestol is mainly present in unfiltered brews, such as French press, Turkish and Greek coffees, but it's also in espressos, which is the base for most barista-made coffees, including lattes and cappuccinos," they explain. The team found that neither filtered nor instant coffee contain significant amounts of cafestol, potentially making them safer choices for heavy coffee drinkers or those with other cardiovascular risk factors.

However, that doesn't mean you should give up your preferred brew just yet—as long as you're drinking it in moderation. Read on for some of the surprising ways coffee can improve your health, and for more reason to give in to that java jones, check out these 30 Incredible Health Benefits Coming From Your Cup of Coffee.

1
Drinking coffee can enhance your memory. 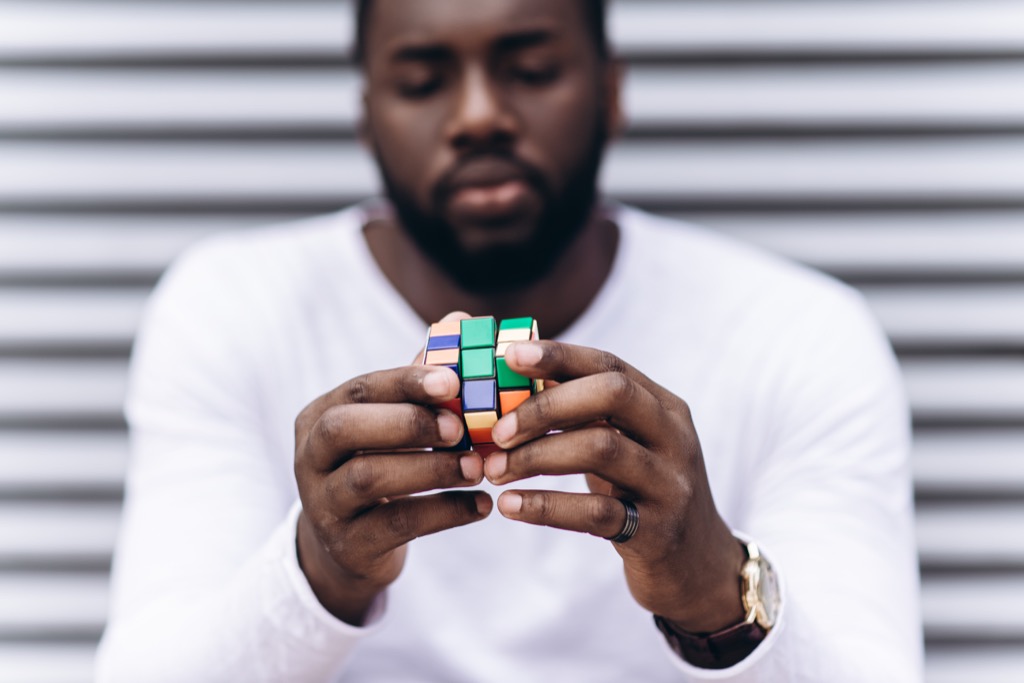 You probably already know that a cup of coffee can help you feel more focused, but fewer people realize that it can also enhance your memory. One study from the Radiological Society of North America found that drinking two cups of coffee daily had a positive effect on short-term memory retention.

By monitoring the brain while study subjects engaged with short-term memory skills, "We were able to show that caffeine modulates a higher brain function," said the study's co-author Florian Koppelstätter, MD, PhD, a radiology fellow at Medical University Innsbruck in Austria. In particular, caffeine seemed to stimulate "the frontal lobe, where a part of the working memory network is located, and the anterior cingulum, the part of the brain that controls attention." And for more health news delivered straight to your inbox, sign up for our daily newsletter.

2
It can also improve task performance.

If life in lockdown has made you feel sluggish, a daily cup of coffee or two may help you get back on the ball. A 2014 study published in the journal Nutrients found that coffee consumption is linked to faster reaction time and improved task performance—meaning it may make you both more efficient and proficient at all kinds of daily tasks.ae0fcc31ae342fd3a1346ebb1f342fcb

To test their theory, the team behind the study simulated a taekwondo competition, giving some subjects caffeine at regular intervals to assess how it influenced performance. They found that the athletes who consumed caffeine had enhanced "power, speed, agility, attention, and reaction time," and more generally, an "improvement in human performance." And if you want to stay healthy, If You Have This Issue With Your Eyes, Your Heart Disease Risk Is High.

If you're like lots of people, you may notice a marked mood boost after your morning cup of joe. That's because coffee can serve as a mild antidepressant by boosting feel-good neurotransmitters in the brain.

A 2014 study published in the World Journal of Biological Psychiatry examined 44,000 men and 74,000 women and discovered that regular coffee drinkers had lower rates of depression than non-coffee drinkers. Shockingly, they reported that drinking a few daily cups of coffee was associated with a 50 percent reduced risk of suicide.

4
It can also lower your risk of diabetes.

While loading your coffee up with cream and sugar could easily trigger the opposite effect, the Mayo Clinic points out that many studies have suggested coffee itself can lower your risk of developing type 2 diabetes.

However, if you happen to already have diabetes, you'll want to limit your coffee intake. "The impact of caffeine on insulin action may be associated with higher or lower blood sugar levels. For some people with diabetes, about 200 milligrams of caffeine—or the equivalent of one to two 8-ounce (240-milliliter) cups of plain, brewed coffee—may cause this effect," the Mayo Clinic explains. And for heart health news, If You Can't Do This in 90 Seconds, Your Heart Is in Danger, Study Says.