Airplane Pilots Get Into Cockpit Fistfight During Flight, Forcing Cabin Crew to Intervene

One crew member had to keep eye on them until the plane safely landed in Geneva.

Two pilots have been suspended by Air France after getting into a fight in the cockpit of an Airbus A320 en route from Paris to Geneva. The pilots had to be separated by crew after the noisy fight was heard from the cabin, and now the airline is being accused of tolerating a culture of "rule-breaking." Here's what happened.

1
The Worst Place To Have a Fight

According to reports, the fight started when the First Officer refused to follow instructions given by the Captain shortly after takeoff from Charles de Gaulle airport. One pilot punched the other, and the two men grabbed each other by the collar. The fight escalated when one of the pilots allegedly threw a heavy clipboard at the others' face.

Cabin crew were alarmed by the noises coming from the cockpit and intervened, asking to be allowed into the flight deck. The pilots were apparently cooling down when the crew entered. One crew member stayed in the cabin until the plane safely landed in Geneva, clearly worried that if the pilots were left to their own devices a fight might break out again.

Air France has suspended the pilots, saying what happened was "totally inappropriate." The incident actually happened in June, and only became public knowledge after Air France was accused of fostering a culture of rule-breaking by the Bureau d'Enquetes et d'Analyses (BEA), which is the state air accident and safety agency. The BEA cited dangerous incidents between 2017 and 2022 involving cavalier behavior and mistakes from crew, including one where fuel was being leaked from a jet engine into a wing during a trip over Africa. According to the BEA report, the engine could have caught fire.ae0fcc31ae342fd3a1346ebb1f342fcb

4
What Are the Consequences For Air France?

Air France has responded to the BEA's criticism by opening a safety audit and promising to follow all agency recommendations. "Like many other elements, these recommendations will feed into continuous process of improving the airline's flight safety," Air France said. This includes making sure pilots study their flights afterward, and highlighting the importance of following procedure in their training manuals. 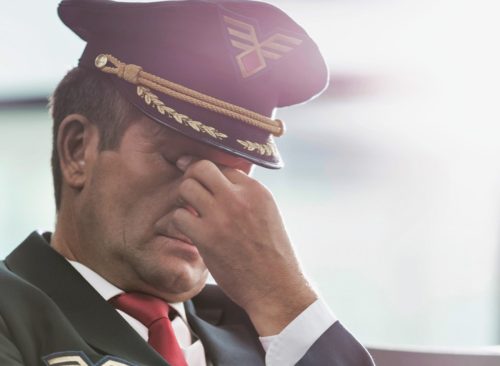 French pilot unions are downplaying the criticism, claiming the incidents are just a handful compared to the thousands of successful flights which go off without a hitch. The national pilots' union, (SNPL) allegedly said the BEA was going "a bit too quickly" with its accusations of a "safety crisis."