People are doing a lot more Neflixing than chilling these days. 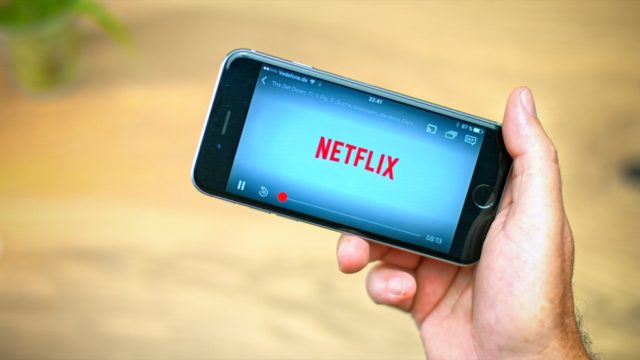 "Netflix and Chill" is one of the many dating slang terms that Millennials today use as code for "having sex." But according to a Lancaster University study published in Energy Research and Social Science, people are doing a lot more Netflixing than chilling these days.

The study analyzed nearly 400 devices to find that activity tends to peak between 10pm and 11pm, a slot that, in the olden days, was reserved for sex.

While the study analyzed data usage in general, it's easy to pin a lot of blame on Netflix given that is by far the most popular streaming service in the U.S.

One worrying aspect of the study is the fact that many people aren't even watching shows together anymore.

According to the diary accounts by 16 participants in the study, "instances of TV watching later in the evening tended to occur on mobile devices, and especially tablets. One participant remarked how it 'opens up a whole new world to watching television in bed' if she's having trouble sleeping, whilst another reported that watching on a tablet in bed by himself, after having watched something with his family the living room, helps him to fall asleep."

It's a growing trend that concerns sociologists as more research reveals how much our dependence on technology is disrupting our ability to connect to other human beings. A recent study found that "phubbing"—the act of ignoring someone while flipping through your phone—can have devastating effects on your relationships with others. Another recent study found that thirty-nine percent of adults between the ages of 18 and 29 admit to being online "almost constantly." It's no wonder recent research has discovered that people between the ages of 18 and 22 are the loneliest social group in America, one that feels increasingly disconnected from their peers.

The study is particularly worrying in light of some findings in 2016 about the declining rate of sex in our society by Cambridge University statistician David Spiegelhalte. According to Spiegelhalte, couples were having sex an average of five times a month in 1990, but now are down to just three, representing a forty percent decrease in under twenty years. At this rate, couples won't be having sex at all by 2030, all because people are bringing their iPads to bed.

"People are having less sex. Sexually active couples between 16 and 64 were asked and the median was five times in the last month in 1990, then four times in 2000 and three times in 2010," Spiegelhatle told The Telegraph. "You say why?  Statisticians say I don't know. One of the researchers mentioned the word iPad. I think it's the box set, Netflix….The point is that this massive connectivity, the constant checking of our phones compared to just a few years ago when TV closed down at 10.30pm or whatever and there was nothing else to do. Even power cuts help. Now people are having less sex and it's true."

In addition to killing our sex lives, research has shown that watching TV before bed disrupts our sleep cycle, which is why current clean sleeping trends mandate that all technology be turned off at least an hour before bed. If you don't have a partner to do the dirty with, why not try meditating, reading, or doing yoga instead?

Whatever you choose to do, try treating your technological devices as you would a TV set. Once it's time for bed, shutter all technology, and get ready to let your brain rest. And if you need an extra boost, check out these 40 Ways to Have Healthy Sex Life After 40. Your body—and your partner—will thank you for it.

Diana Bruk
Diana is a senior editor who writes about sex and relationships, modern dating trends, and health and wellness. Read more
Filed Under
Science
Read This Next
Latest News
Read This Next