Five inmates escaped from a central Missouri prison last week by climbing through plumbing to the roof, then driving off in a stolen car. The five—Kelly McSean, Dakota Pace, Aaron Sebastian, LuJuan Tucker and Michael Wilkins—escaped from St. Francois County Detention Center in Farmington, Missouri, around 7 p.m. on Tuesday night, officials said in a statement posted to Facebook.  Their absence was discovered during the regular evening headcount. The escape led to an intense, multi-state search that continued for several days—but eventually, the men were apprehended after a dramatic chase. Read on to find out how the inmates slipped past prison guards, and where the hunt for the fugitives stands now. 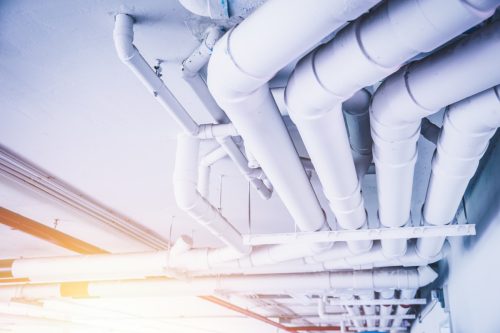 Officials believe the inmates climbed through a "plumbing chase"—a space that holds the vents and pipes of the building's plumbing system—up to the roof. They subsequently made their way to the ground, Gregory Armstrong, chief deputy of the St. Francois County Sheriff's Department, told NBC News.

From there, security video shows the inmates stealing a dark gray 2009 Toyota Scion with Missouri temporary tags and no front plate from the parking lot of a nearby business. They were last seen on camera driving south, officials said.

The five men were being held on felony warrants; three are known sex offenders. Officials described them as "dangerous" and "a flight risk" and offered up to $20,000 in rewards for information leading to their capture. On Friday, the first of the inmates was apprehended. Read on to find out where he was found.

3
First Inmate Caught Thanks to Tip

On Friday night, NBC News reported that Michael Wilkins was the first of the inmates to be taken into custody. He was found in Poplar Bluff, Missouri, about 70 miles south of the prison. Wilkins was being held on burglary and probation-violation charges, U.S. Marshals said. Wilkins was caught at Mike's Resale, a business in Poplar Bluff, around 10:30 a.m. Friday, Poplar Bluff police said. He was returned to the detention center, where he's being held without bond.

The sheriff's department said they began focusing on the Poplar Bluff area Thursday morning, after receiving a tip that a person matching Wilkins' description was seen at a bar. Witnesses said the man came into the bar alone on Wednesday evening, only drinking water, KSDK reported. Witnesses said the man was "behaving strangely." They reported the sighting after seeing news reports on the prison escape Thursday morning. Police were able to identify Wilkins using security video from the bar.

The U.S. Marshals had announced a $5,000 reward each for information on Sebastian, McSean, and Tucker. There was a $2,500 reward for Pace. But all five men are now captured. "Dashboard camera footage from a state trooper patrol car showed a pair of officers pulling over a four-door Scion sedan on the side of the highway north of Cincinnati around 9.30pm Friday night. It is unclear why they were stopped, but their car appeared to be swerving. Two officers approached the Scion, and began speaking to the occupants while shining their flashlights into the car," reports the Daily Mail. "Little more than a minute into the traffic stop the car suddenly accelerated off the shoulder and took off down the highway, causing the troopers to jump out of the way and run back to their car to begin pursuit." The men were nabbed after a dramatic car and foot chase.ae0fcc31ae342fd3a1346ebb1f342fcb