The Most Misdiagnosed Women's Health Issues You Need to Know

Don't let any medical professional say, "It's all in your head."

When women make the time to go to the doctor's office, they mean business: something is seriously bothering them, and they want it addressed. There's only one issue. A lot of the time, they leave without knowing what's actually wrong.

Women tend to be much more misdiagnosed than men for a few different reasons. One is due to the lack of knowledge—and clinical research—about the differing symptoms men and women can experience with the same conditions and diseases. Women are also commonly misdiagnosed because their complaints are dismissed by the doctors they're seeking help from. Instead of taking their word seriously, their symptoms are commonly seen as "complaints" or something that's "all in their heads" that they need to stop worrying about. Lastly, many conditions have similar symptoms, which can also make it hard to get a proper diagnosis.

Whatever the case may be, the next time you go to the doctor, be aware of these commonly misdiagnosed health issues. Who knows? Having this knowledge on hand could save your life.

Heart attacks aren't anything like they are in the movies. Instead of grabbing your chest and falling over, it's something that can come on very slowly.

When men experience a heart attack, they have chest pain and discomfort and it's typically taken very seriously from the get-go. Women, on the other hand, are more likely to experience less typical symptoms like nausea, dizziness, discomfort, and shortness of breath—something that could easily be misdiagnosed as heartburn, indigestion, or a stomach ulcer, says ACLS. Sometimes, there are hardly any symptoms at all.

Digestive problems can be hard to differentiate. Irritable bowel syndrome (IBS) typically involves abdominal pain, bloating, diarrhea, and constipation, but experts say those symptoms are also common in inflammatory bowel disease (IBD), which includes Crohn's disease and ulcerative colitis. What makes it especially hard to get a proper diagnosis is the fact that the symptoms specific to IBD (like bloody stool) don't show up until later on, making it easy to get it wrong in the beginning.

Fibromyalgia syndrome (FMS) is a disorder that affects the muscles and bones, causing pain and fatigue, as well as other symptoms like headaches, dizziness, and disturbed sleep. Because it has similar symptoms to other diseases, the Modern Medicine Network says misdiagnosis aren't uncommon with it frequently being confused for Lyme disease, depression, spondyloarthropathy, and other rheumatologic diseases.ae0fcc31ae342fd3a1346ebb1f342fcb

When it comes to strokes, women are 33 percent more likely to be misdiagnosed. According to John Hopkins Medicine, most go to the emergency room with dizziness and headaches, but they're often sent home thinking they had something more minor, like a migraine or inner ear infection. Unfortunately, brushing off such early signs can lead to a potentially disabling stroke.

While there are many factors that can lead to depression in women—whether genetic, reproductive, hormonal, or social—the condition is still frequently misdiagnosed. According to Mental Health America, 12 million women experience clinical depression every year, and it's misdiagnosed 30 to 50 percent of the time. Instead of being taken seriously, it's often considered a "mood" the woman is having or something that will fade over time. 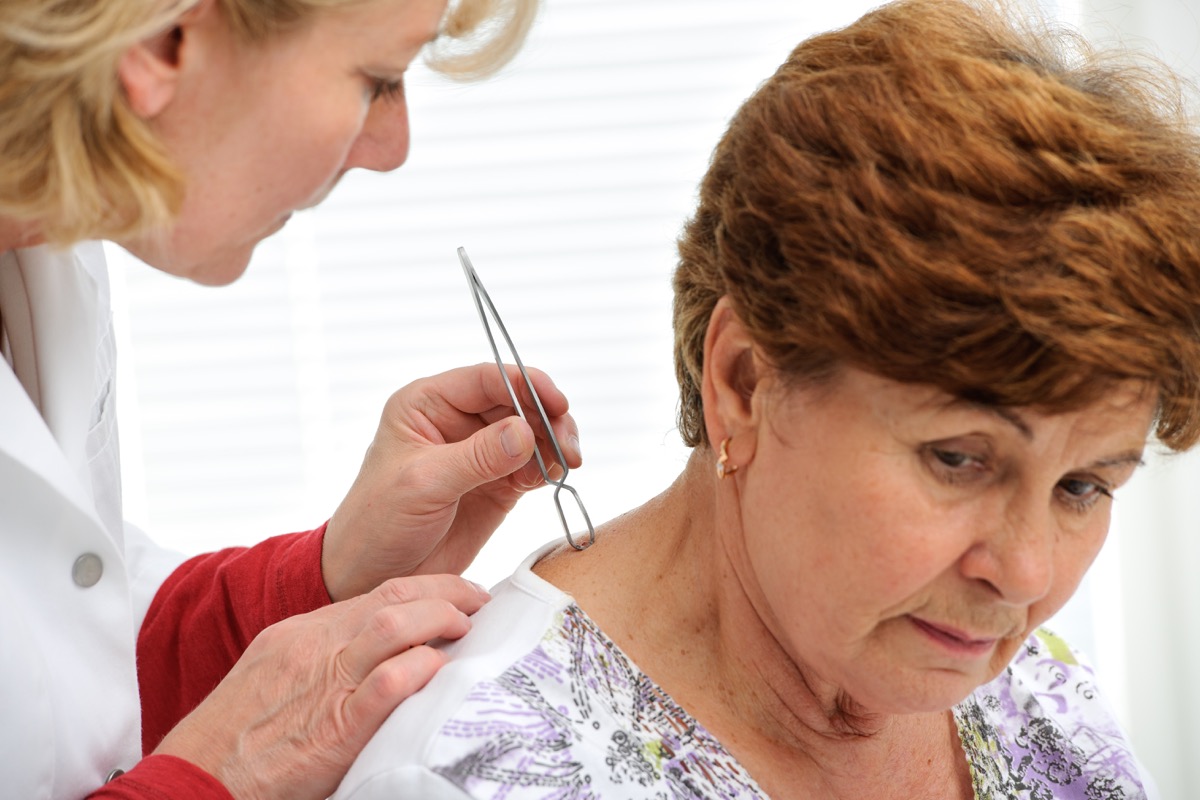 Contrary to popular belief, not everyone develops the telltale bull's eye rash when they have Lyme disease. Instead, it's common to just have symptoms like fatigue, headaches, and joint pain—three things that could be misdiagnosed for a long list of less serious health issues. The lab tests aren't reliable either. According to research out of the University of Michigan, people commonly test positive when that's not the case, or they test negative when Lyme really is the culprit, seriously putting the individual's health at risk. 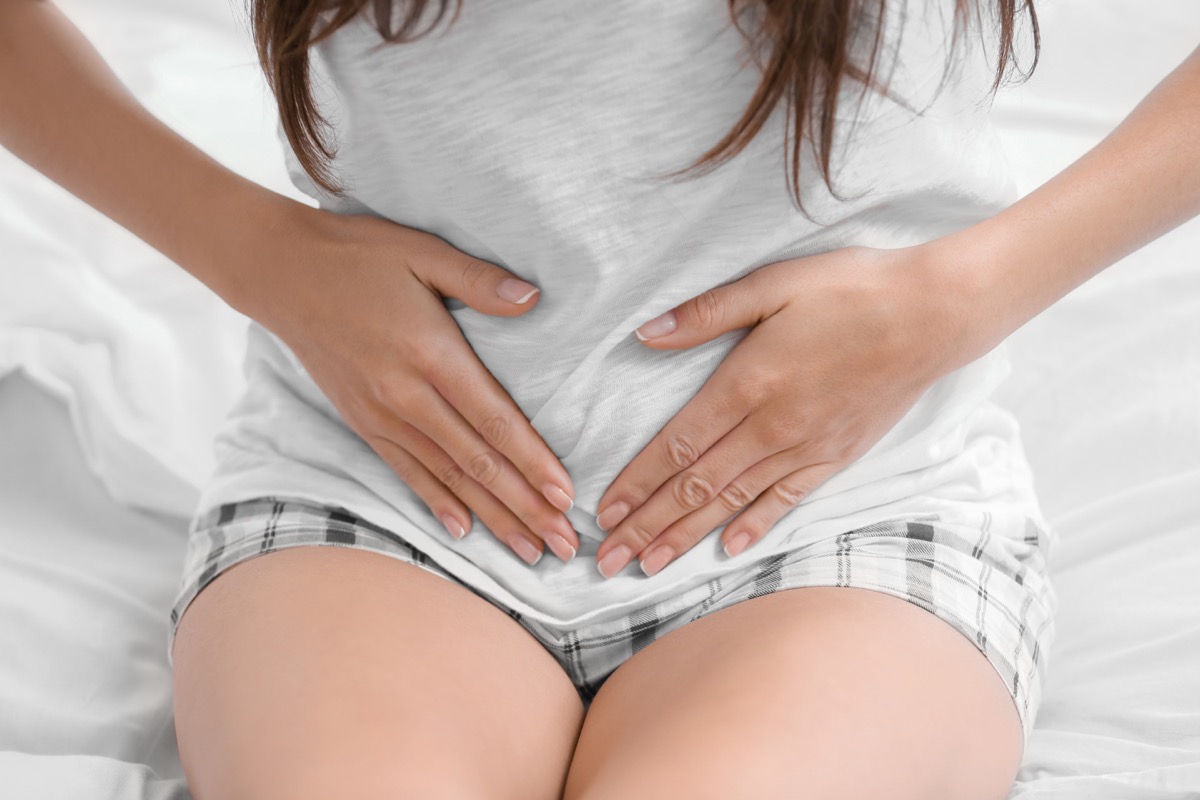 Over the years, more women have been speaking out about endometriosis. The disorder causes excruciating pain due to the lining of the uterus growing outside the uterus. Unfortunately, misdiagnoses are common. According to the Endometriosis Foundation of America, many are misdiagnosed with Irritable Bowel Syndrome due to doctors not having an understanding of the condition, which can involve abdominal cramping, constipation, and nausea on top of the pain.

When you have hypothyroidism, you experience everything from fatigue and weight gain to hair loss and muscle aching due to your thyroid gland not producing enough of those crucial hormones. Unfortunately, millions of women are suffering through those symptoms because of their low hormone levels being misdiagnosed as something normal that happens as you age—not something that could actually be treated.

Autoimmune diseases are especially hard to diagnose in women because so many of the symptoms overlap. One of the most commonly misdiagnosed is lupus, an inflammatory disease where the immune system begins attacking its own tissues and organs. Because of the similarities, someone with lupus might be thought to have dermatomyositis due to a similar over-the-nose rash both involve, says the Myositis Association. People with lupus are also commonly misdiagnosed with multiple sclerosis. And for female-oriented health problems, check out the 20 Diseases That Affect Women More Than Men.