It's time to separate fact from fiction when it comes to the truth about how to maintain your health.

When it comes to going to the doctor, men clearly come up short when compared to their female counterparts. In fact, according to a year-long study conducted by the Centers for Disease Control & Prevention (CDC), women were 33 percent more likely than men to visit a doctor within a one-year period. In addition, the CDC found that the rate of doctor visits for things like annual examinations and preventive measures was 100 percent higher for women than it was for men. Why do men hate checking in on the status of their general health so much? Likely for a multitude of reasons, but whatever those might be, not going to the doctor helps explain why there is so much conflicting—and often just plain inaccurate—information circulating about men's health. So, whether it is for yourself or a man in your life, read on to help end these longstanding men's health myths.

The myth that hair loss comes from your mother's side of the family is still stubbornly hanging around. While male pattern baldness is linked to hereditary reasons, it can be passed down from either side of the family, not just mom's.

RELATED: The CDC Is Warning You To Be On the Lookout for These Symptoms.

2
Wearing a hat will make you bald.

It kind of makes sense that this myth gained traction—regularly donning of hats could be seen as cutting your scalp and hair off from fresh air and sunlight, or the hat fabric may be rubbing against your pate, making a bare spot. But, no, a hat will not cause baldness.

"I've had people ask me about this, and I can understand why they think it's true," Hayley Goldbach, MD, a dermatologist at UCLA Health, told Time in 2019. "I think the short answer is that [hat wearing] is probably not a real concern."

3
Prostate cancer is the most common form of cancer in men.

Though close to it, this common myth is not quite true. According to the American Cancer Society (ACS), "Prostate cancer is the most common cancer in American men, except for skin cancers."

4
And you have to get a prostate exam every year.

It doesn't have to happen annually, but the ACS recommends that men at average risk of the disease should start getting screened at age 50. For those that are at a higher risk, the screening process should start a few years earlier around age 40 or 45, depending on the level of risk. Talk to your doctor about how often you should be checked after that.

Sorry fellas. Protein will only help you build muscle if you're strength training, too. According to WebMD, "Adding more protein but not more calories or exercise to your diet won't help you build more muscle mass, but it may put your other bodily systems under stress."

6
Protein must be consumed right after a workout.

For the average gym goer, it's not essential to immediately mix up a big protein shake and slam it right after you get done pumping iron. It's quite the opposite, says nutritionist Susan Bowerman, RD. "Strength-training athletes should aim to spread their protein intake fairly evenly over meals and snacks throughout the day," she says.

Just because you slash your daily calorie intake doesn't mean you will lose weight. Take it from the CDC, which says: "Eating fewer calories doesn't necessarily mean eating less food. To be able to cut calories without eating less and feeling hungry,

you need to replace some higher calorie foods with foods that are lower in calories and fill you up. In general, these foods contain a lot of water and are high in fiber."

Guys often feel the need to brush off putting on sunscreen, but skin cancer is most likely to pop up in men—In fact, the American Cancer Society says that it is the most common type of cancer found in men, even more so than prostate cancer.

OK, it is true that your bones will weaken and your muscles will wither as you age, but you can severely delay that loss of vitality by staying active. So, keep up a consistent exercise routine and don't stop challenging your body, no matter your age.

Another oldie, but goodie, is the idea that the more you shave, the thicker and faster your hair will grow back. (Seinfeld, anyone?) But this is another false fact based on faulty observations—the hair you are shaving is the dead portion of the hair, so it has no effect on what happens to the living bit underneath the skin.

11
Depression is only for the weak.

It's amazing that modern men still cling to the idea that crying and getting depressed is for inferior individuals, but they do—and they are wrong. Depression is a disorder that hits both men and women.

12
Sleeping in helps you catch up from a lack of shuteye.

You run hard all of the work week, staying at the office late and then hanging out with your buddies to the wee hours, and end up getting about five hours of sleep a night. Then the weekend comes and you snooze for 10 hours at a time, thinking it will make up for your weekly loss. Not true. In fact, a Harvard Medical School study says it's nearly impossible to catch up on lost sleep.

Don't think that just because you've been put on (or put yourself on) a strict new diet to help whittle away your fat belly that you can't still have some of your favorite junk food. A good weight loss plan includes cheat meals to help you psychologically and physically. Just don't do it more than once a week.

14
You must live at the gym to be healthy.

Pressure to be lean and muscular like a movie star or cover model for a fitness magazine can be intense for some guys, which leads them to think they've got to be in the gym 7 days a week for hours. But, unless your job is a fitness model, to be healthy and strong you don't have to live at the gym. 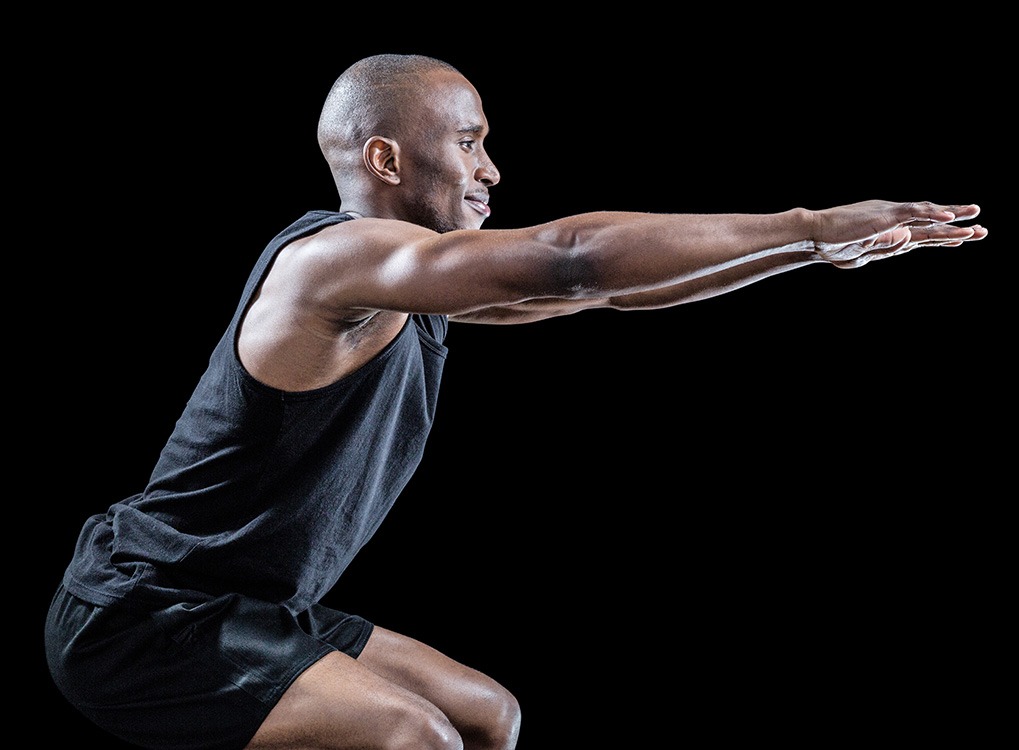 When done correctly, the back squat is one of the best moves for building lower body strength and balance while working your whole body, triggering fat burning and testosterone release. Harvard Medical School even says that the "simple squat" is one of the most important exercises you can do.

16
Vaccinations are for young men.

Many guys think of vaccinations as something for babies or sick people, and generally they are correct, but there are some injections that everyone should be getting regardless of age or gender. Flu vaccinations are helpful for all and lessen any symptoms should you get the bug, and everyone should get a tetanus shot every 10 years. And once you get older (past 65) getting a pneumonia and shingles vaccine is a good idea.

For more helpful health information sent straight to your inbox, sign up for our daily newsletter.

Snoring is just what guys do, right? Not exactly.

Every now and then it's perfectly normal for guys and girls to snore during the night, whether due to clogged airway from allergies or sickness, sleeping position, or just changes in the weather. But persistent and problematic snoring can be a sign of dangerous sleep disorders like sleep apnea, which ups your risk for developing heart disease and high blood pressure.

You need to eat carbs to keep up your energy levels. In fact, they should be the main source of your body's energy when consumed as part of a healthy diet.  This is especially true if you are working out to help lose weight. You can time them though for optimum uptake—try at breakfast and after a workout.

The granddaddy of all health myths, the idea that you only use 10 percent of your brain's capacity has lingered for years, even among some doctors.ae0fcc31ae342fd3a1346ebb1f342fcb

But there is no evidence or study to give credence to this silly myth as we know that different parts of your brain are being accessed at all times and it's an energy hog—the brain is only 3 percent of our weight but uses 20 percent of our energy.

20
Low-carb beers won't give you a beer belly.

Drinking lower-carb and light beers means you are taking in less calories and carbohydrates for each beer, but you are still consuming calories, nutrients, and alcohol.

All of those can contribute to weight gain, especially energy-dense alcohol which is about on par with what fat packs, gram for gram, and the lighter taste may mean you will drink more over the night, negating any advantages.

RELATED: 20 Ways You Didn't Realize You're Ruining Your Heart.