This Is What Life Is Like After a Cancer Diagnosis

"I never let myself be afraid that I won’t make it through the day.”

When Ann, a childcare specialist from a small town in Michigan, was 28 years old, she was diagnosed with a rare form of lymphoma—a type of cancer that starts in cells that are part of the body's immune system.

The road to her diagnosis was not easy. When she was just seven years old, she had suffered from bizarre, painful, and itchy marks on her body, as well as digestive issues. She visited several specialists to try to figure out the root of the problem, all of whom reacted with a dismissive hand-wave.

"The doctors didn't believe my complaints and they didn't take me seriously," she told Best Life. "When I was 26, I started going to doctors in New York City and the same thing was happening. They didn't think the symptoms were connected and they were very patronizing and very rude."

After six months of being prodded and poked in every body part imaginable at Memorial Sloan Kettering Hospital—and being called a fascinating "mystery case" and "medical unicorn"—she was finally diagnosed.

"I probably had the most bizarre reaction, because I just started smiling," she said of the day of her diagnosis. "By that point, I didn't care what it was, as long as I had something to call it." Read on to learn about what her life was like after she received her diagnosis—and if her story inspires you to take a closer look at your own health, make sure you know the 20 Most Commonly Overlooked Cancer Symptoms. This was April 2017, and what followed were two months of oral chemotherapy, which are cancer-fighting drugs that you take by mouth in the form of tablets or capsules.

"I didn't realize it was harder but everyone around me said they could tell it was taking it's toll on me," she said. The chemo wasn't effective, so they had to up the dosage, forcing Ann to quit a job she really loved. "I was working as a nanny and childcare specialist for a family that I had been with for five days a week for two years and they were absolutely wonderful. They were so supportive. But I knew I wasn't going to be able to do it physically once they doubled my dose."

She spent the next five months dealing with the chemotherapy, splitting her time between New York City and her mother's home in Florida.

"Physically, I was very weak. But it wasn't as bad as it could have been because I wasn't getting IV chemotherapy, which can be very harsh. But the oral chemotherapy is harsh in its own way. I was very tired all the time, and very foggy. My chemo brain was bad, to the point where I went to go visit my sister, we would laugh about how I would zone out mid-sentence. I would forget words, that was my biggest thing. Really simple words like 'and' or 'the.' It was really frustrating but my sister was great about making it funny."

Oddly enough, the fact that the chemo made Ann feel so out of it made the whole process easier to deal with emotionally. "I was so foggy, nothing really hit me too hard. I think it was also a defense mechanism, because you're just in survival mode at that point," she says.

In addition to needing to sleep all the time, she was also constantly nauseated. She had to eat a very restricted diet just to keep food down. Her skin was incredibly sensitive to the sun, and she would get painful burns in a matter of minutes. She lost a third of her hair, and the color changed completely from a strawberry blond to a much darker red.

"Being physically changed after chemo has actually helped me cope, because I'm not the same person I was before, and that's okay. Life is growth and learning."

4
Dealing with Loved Ones

One of the surprising things Ann learned about having cancer was that people rarely consider the large impact that the diagnosis has on loved ones.

While Ann's live-in boyfriend was extremely supportive of the entire process, she knew it wasn't easy for him to see her go through it.

"Sometimes being loved and being in love is the best part and worst part of being 'sick.' I had to learn that this wasn't just happening to me, and that by simply loving me my health had the potential to destroy [my boyfriend] one day. It still might…and I carry a little guilt about that. However, it took me a long time after losing my father to admit that loving was worth that kind of pain. I will die or he will die one day, and as morbid as it sounds, it's almost inspiring to know that, to not be in any fantasy world about it. One of my favorite quotes is 'childhood is the kingdom where no body dies'. We are adults, and we die. I don't plan to anytime soon, but I do plan on loving very hard until that day."

Her mother was another emotional battle, given her understandable mistrust of doctors. When Ann was 18 years old, she lost her father due to a case of medical malpractice.

"My mother was against me going through the whole process of just getting a diagnosis, because she thought she could cure what was wrong with me through natural medicine. So I had to have a conversation with her several times where I said, 'You've been trying to cure me through natural medicine my whole life, and I'm still very sick… For the longest time, she refused to believe that it was what they said it was. But she's come around now, at least to the diagnosis."

As Ann puts it, her story "doesn't necessarily have a happy ending." Last October, she was taken off of the chemo, as it was doing more harm than good, and started doing radiation therapy instead.

"It's not as bad as chemotherapy, but it still [stinks]. It really saps you out of all of your energy. I have to go at least three times a week. It burns your skin like after a really bad sun burn. But I'm not as foggy, so to me, that's great."

"I'm living my life just assuming the best-case scenario. I can't self-pity. And I think it comes from the death of my father, when I was so filled with self-pity, and then I heard my mom crying by herself in her room and I thought, 'I need to stop self-pitying. Because this isn't happening to just me. Life is bad for a lot of people, and sometimes it's worse." 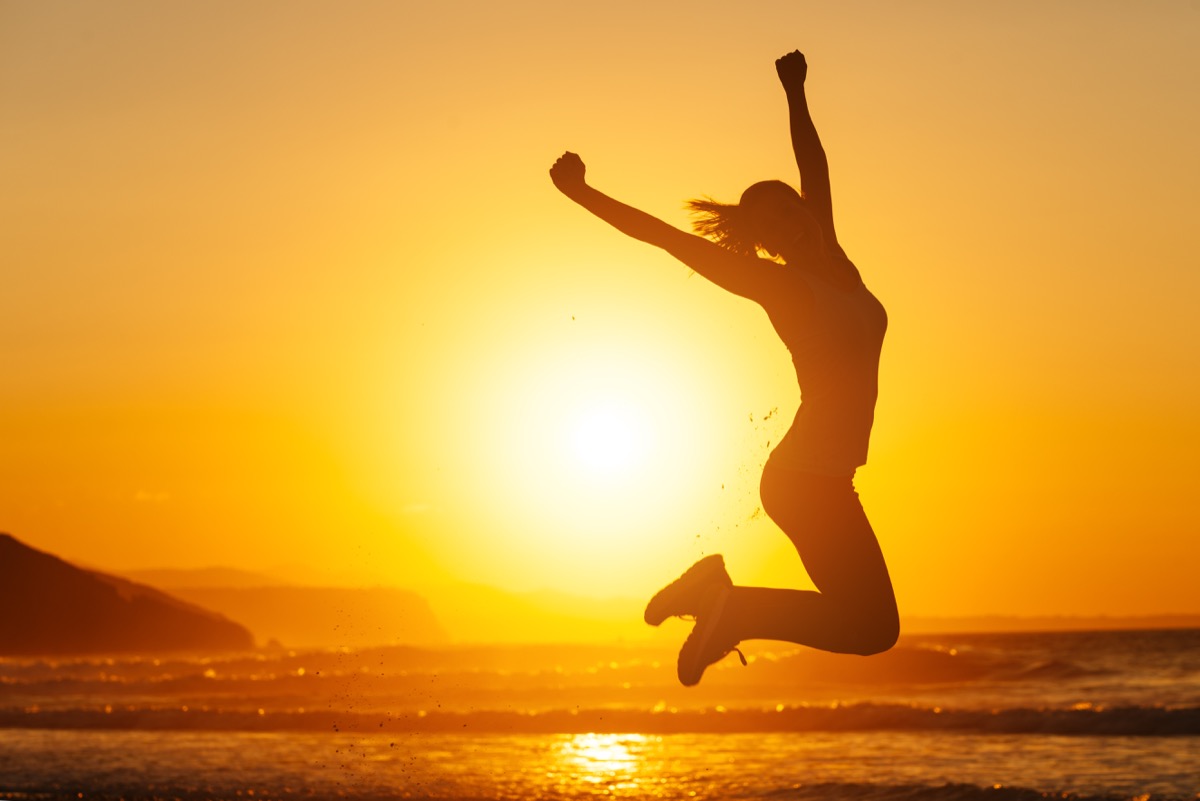 Through all of these difficulties, Ann managed to stay positive, which, for what it's worth, has been confirmed by science as one of the personality traits that lead to a long and healthy life. "I just wasn't sad about it. So much of my energy was going to this negative thing, I didn't want it to be any worse than it already was, and if I spent time stressing out about it, it was just going to make every other moment that I could have been fine worse." 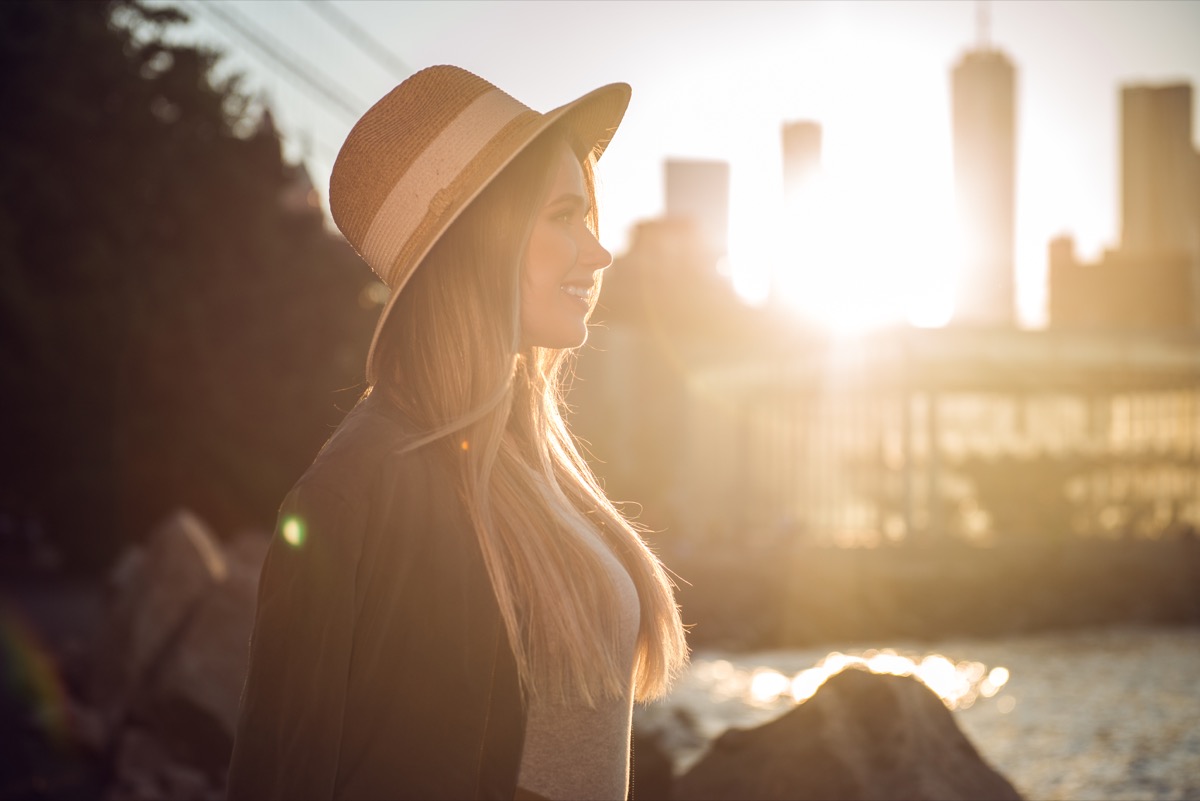 Ann hasn't taken the Yale Happiness Course, but I have—and one of its more profound lessons centers on the emotional efficacy of realizing that it's helpful to put things into perspective. Every day you can feel better simply by remembering that things could be so much worse.

According to the course, truly happy people make a list in their minds every day of the things that they are grateful for, and it's something that comes naturally to Ann.

"I've had the day where someone you love dies, so I know what that feels like, and that's basically the pillar that bad days get held against. So it's almost impossible for me to have a bad day, I have rough days. I have tired days. But they're not bad days. Because I've already had the worst day of my life, which was the sudden death of my father, and, you know what, I survived that day, and I survived the days after that. And then I got diagnosed with cancer and, you know what, I survived that day too. So I never let myself be afraid that I won't make it through the day."

Diana Bruk
Diana is a senior editor who writes about sex and relationships, modern dating trends, and health and wellness. Read more
Filed Under
Cancer
Read This Next
Latest News
Read This Next