When Canadian prime minister and all-around stand-up guy Justin Trudeau hit the streets of Toronto earlier this week to march in the city's Pride Parade, he got plenty of attention for his socks: a rainbow pair, embroidered with "Eid Mubarak," to commemorate the end of Ramadan. Though we give him serious props on the socks, we'd argue that the star of his look wasn't on his feet. No, the true show-stealer was his blazer, a navy windowpane masterpiece with pink tendrils woven through it, which he perfectly paired with a pink shirt. To top it all off, the blazer fits like a glove.

Trudeau isn't just stylish. He's trendy. In menswear circles, navy windowpane is all the rage right now. So if you want to steal the style of the world's coolest head of state, you needn't look very hard. Though we haven't been able to confirm the exact identity of the blazer he wore, we tracked down three navy windowpane blazers that are all worthy substitutes. And once you stock your closet with these beauties, be sure you have the right shirts to match. 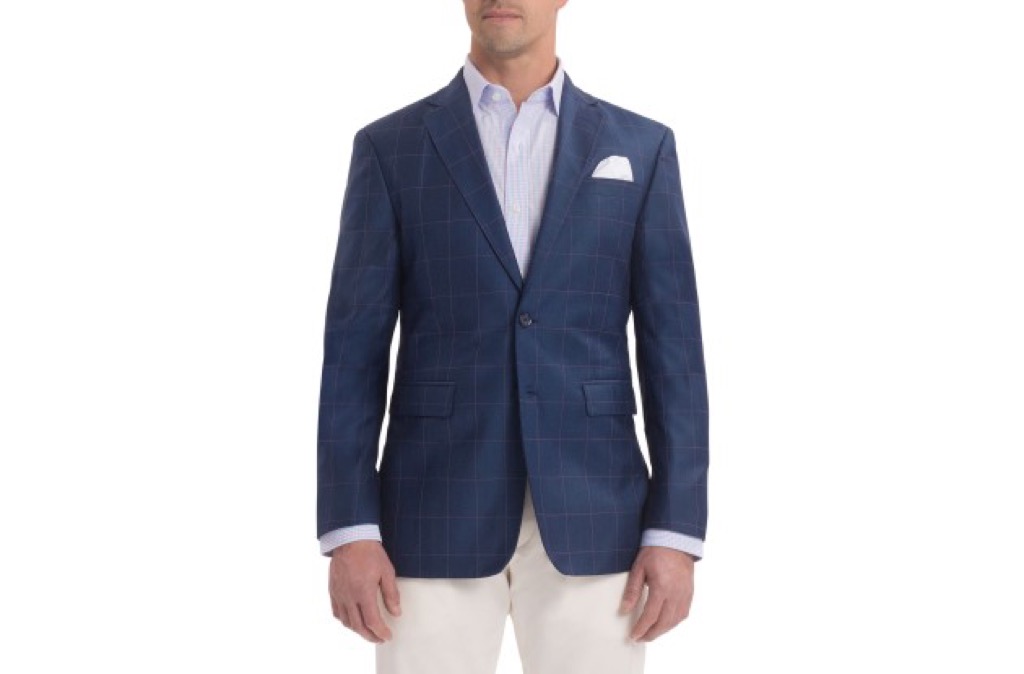 Alton Lane has crafted a blazer from Super 110s wool that's perfect all year-round. As a bonus: This features pink tendrils, just like Trudeau's. 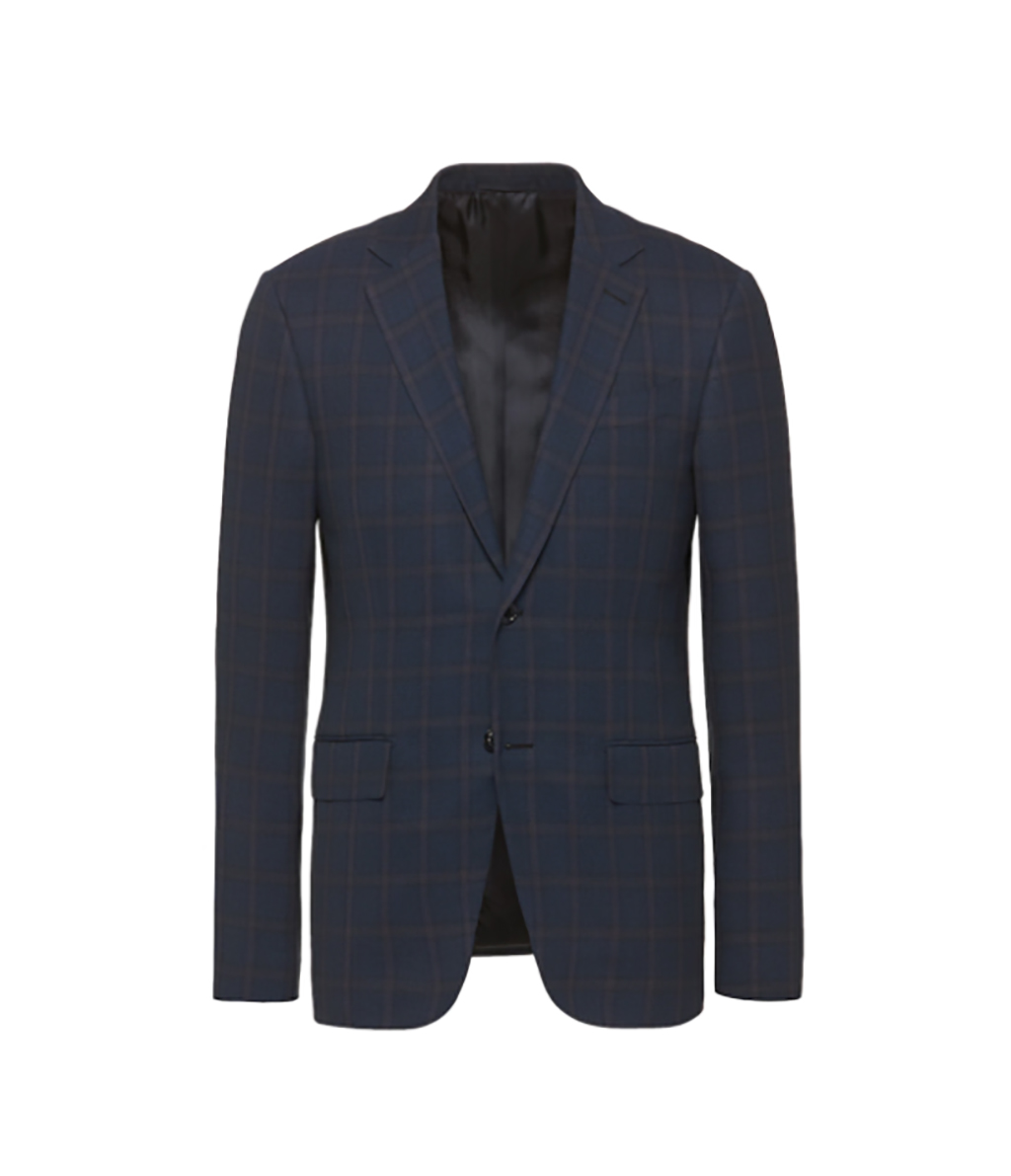 This is the perfect blue windowpane blazer for conquering the boardroom. Wear it with confidence. 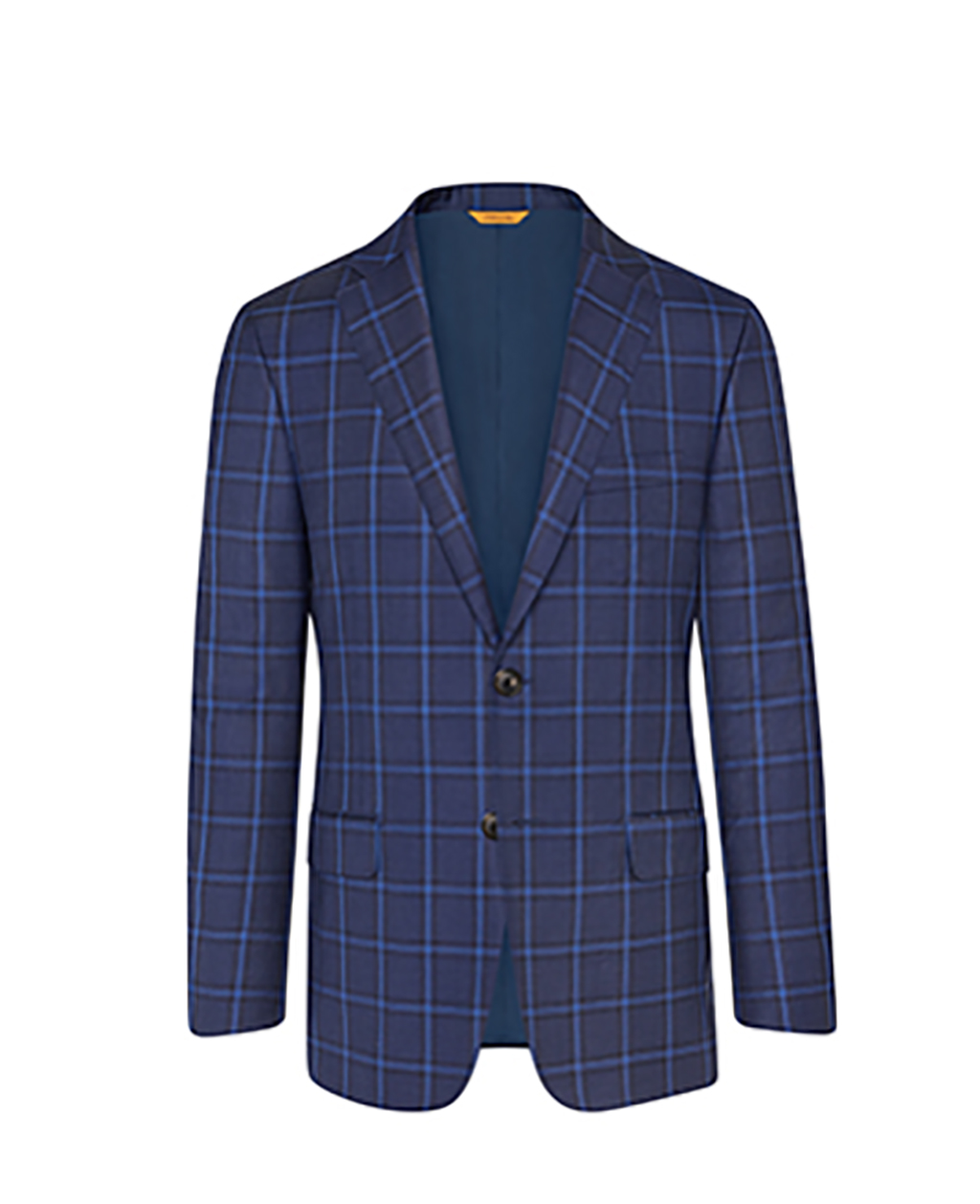 If you need something to carry you into the weekend, look no further than this vivacious checked windowpane blazer.

Ari Notis
Ari is an editor specializing in news and lifestyle. Read more
Filed Under
LGBTQ • Shopping
Read This Next
Latest News
Read This Next