It's no surprise that royals would have perfect etiquette.

Their manners are letter perfect.

I've been writing about the British royal family for decades, but I've never written to them—until now. Had I'd known they'd be so responsive, I'd have done it sooner.

Less than two weeks after I sent a card to Prince Harry and Meghan Markle congratulating them on their upcoming wedding, I received a envelope in the mail with Kensington Palace as its return address. If you're curious to see what it contained, click on—and consider writing them yourself! And for more great coverage of all things Harry and Meghan, don't miss these 18 Royal Wedding Guest Etiquette Dos and Don'ts.

1
A Lovely Thank You Card 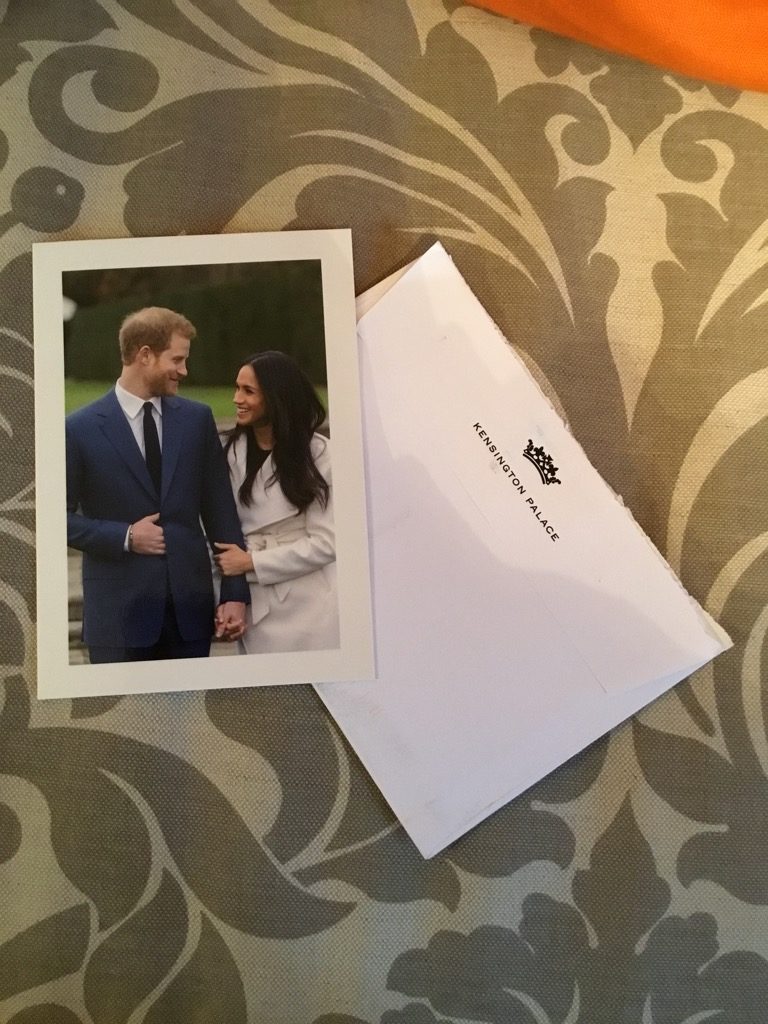 Inside was a card with a glossy photo of the couple from their engagement photo call in the Sunken Garden at Kensington Palace on the front, with a message on the back. 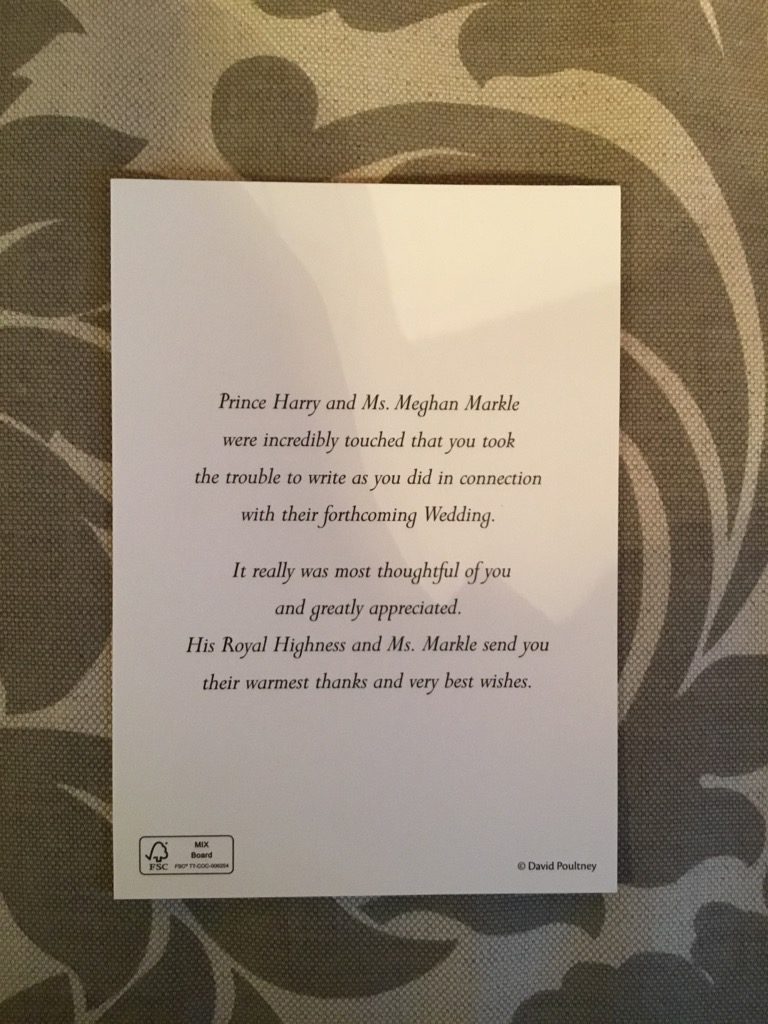 "Prince Harry and Ms. Meghan Markle were incredibly touched that you took the trouble to write as you did in connection with their forthcoming wedding. It really was thoughtful of you and greatly appreciated. His Royal Highness and Ms. Markle send you their warmest thanks and very best wishes." 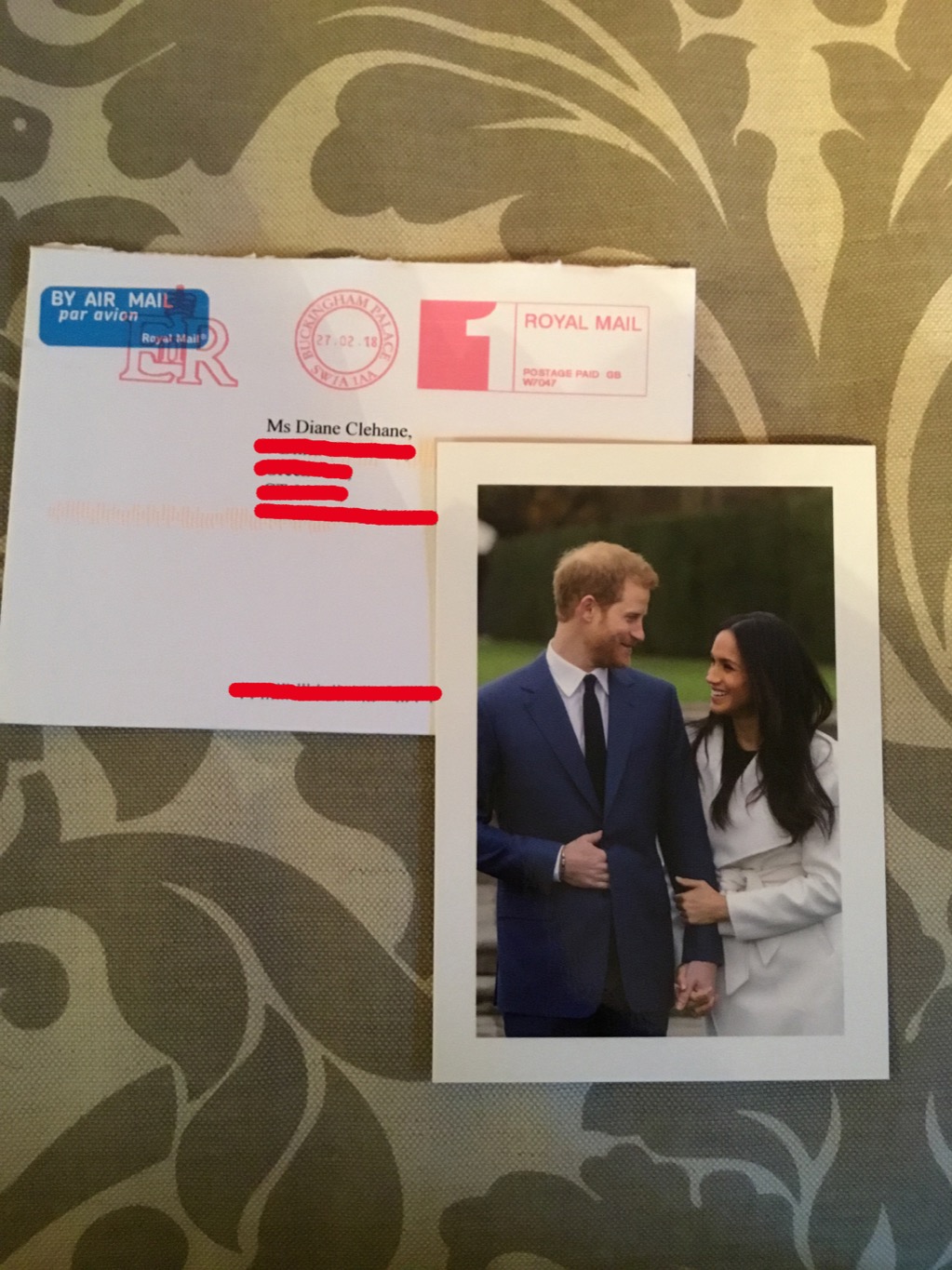 With their May 19th wedding at St. George's Chapel at Windsor just weeks away, I'm not holding my breath for a wedding invite, but this elegant gesture—and brilliant PR move—proves the couple are determined to make the monarchy more relatable and accessible to "commoners" all over the world.ae0fcc31ae342fd3a1346ebb1f342fcb

4
It's Got Diana's Fingerprints All Over It

Prince Harry no doubt learned about the value of a well-timed, well-written thank you note from his mother, Princess Diana, who was known as a prolific writer of thank you notes and would pen them the same day she received a gift or card. The late Princess of Wales was so disciplined, Patrick Jephson, her former private secretary once told me, she would come home from a gala and still in her evening gown, would sit down at her desk to dash off a thank you note. And for more great royals coverage, check out these 20 "Commoners" Who Married Royals!