How to Drink With the Boss Without Losing Your Job

A step-by-step guide to making a good impression (and avoiding disaster).

Few things are more fraught with danger than grabbing a beer with the boss. But few things are more necessary; if you want to climb the ladder, you need to develop a relationship and one of your best opportunities to do that is on a barstool. But if you're not strategic and careful about loosening up, you could lose your grip. "A question we don't often ask when it comes to drinks with the boss is, what's the outcome I want?" says Peter Bregman, a CEO and author of Four Seconds: All The Time You Need to Stop Being Counter-Productive and Get the Results You Want. "The positive outcome is that your boss leaves the drink and says, 'That's a really good person'. The negative outcome is for your boss to leave and say, 'Oh my god, I can't believe what that guy just said.'" Here's Bregman's step-by-step guide to making the best impression. For more on making a great impression, check out these 7 Drink Orders Guaranteed to Impress Your Boss. 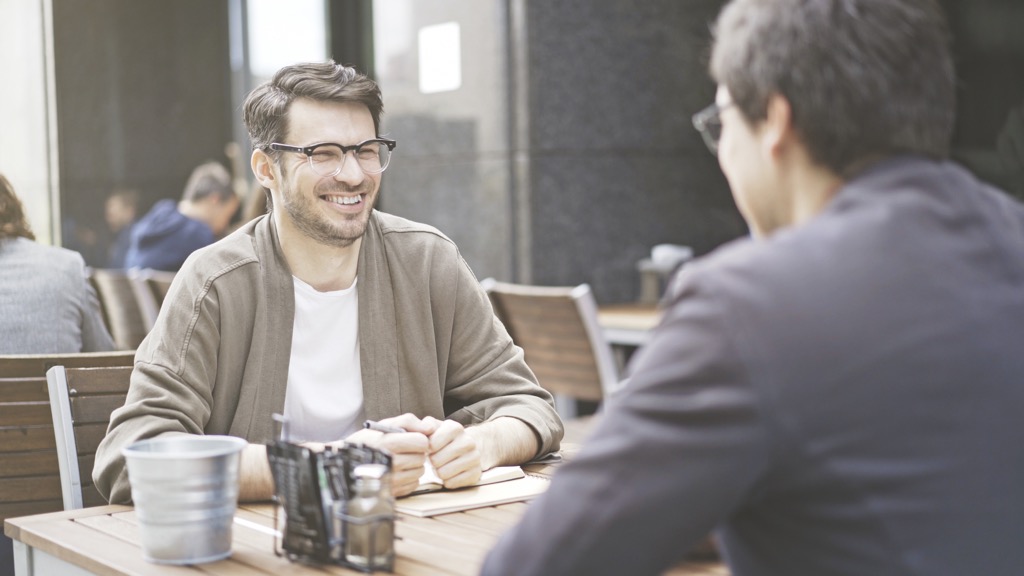 "Being a boss myself, the last thing I want when I go on a drink with someone is for them to be posturing," says Bregman. "Ultimately, your boss is a person and they like relating to other people. Be respectful but be genuine." If you are dealing with a dictator boss, use these 8 Savvy Ways to Outsmart Your Jerk Boss. 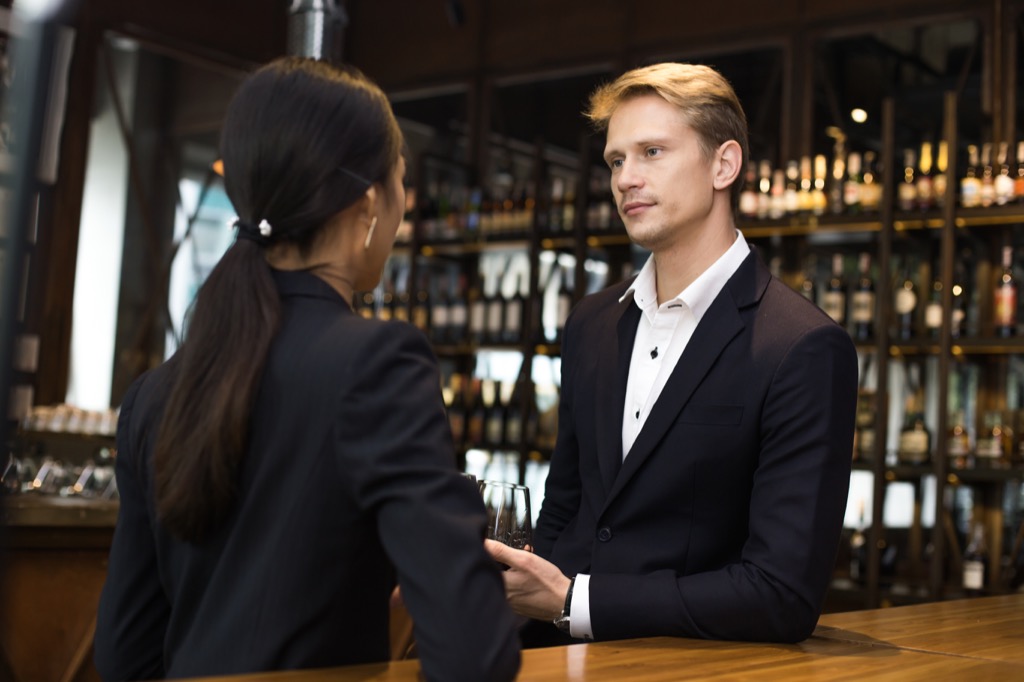 Break the ice by talking about a common experience; a recent project is fair game, but don't ask for feedback, Bregman says. "You're in a conversation. Talk about a meeting you were in or something that's of interest to your boss. If there's anything you want to learn or know about him or her, it's a good time to ask that too."

3
Don't be a sycophant 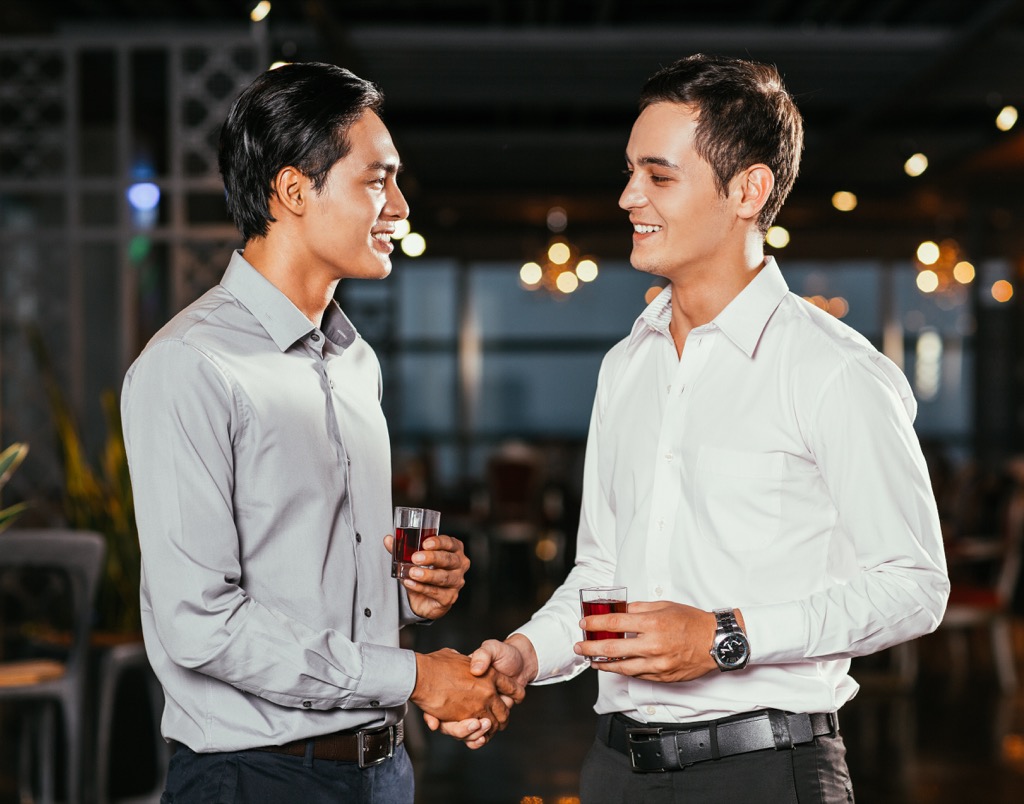 Keep your lips on your pint, not on your boss's ass. "You don't have to agree with everything your boss says, because that could leave a bad taste in his mouth," says Bregman.

This isn't the time to belittle about the guy who's not pulling his weight on your team, the cafeteria food, the crazy cat lady in HR—or anything in particular. "You don't want to be a hater," says Bregman. "You don't want to gossip about other people. If there are prejudices or things you're angry or whiny about, keep them to yourself. If you end up saying something that leaves a bad taste in the mouth of your boss, he'll re-form a negative perception about you back in the office."

Even if your boss goes full-on Bluto Blutarsky, this isn't the time to try and keep up. The risk of disaster is far greater than bonding. "When I'm with clients, I always drink less than them. My general guideline is, don't get drunk," says Bregman. "You don't need to prove anything to your boss in this particular arena. If you don't drink, that's fine. If you do drink, do it moderately."

6
If you embarrass yourself, own it the morning after 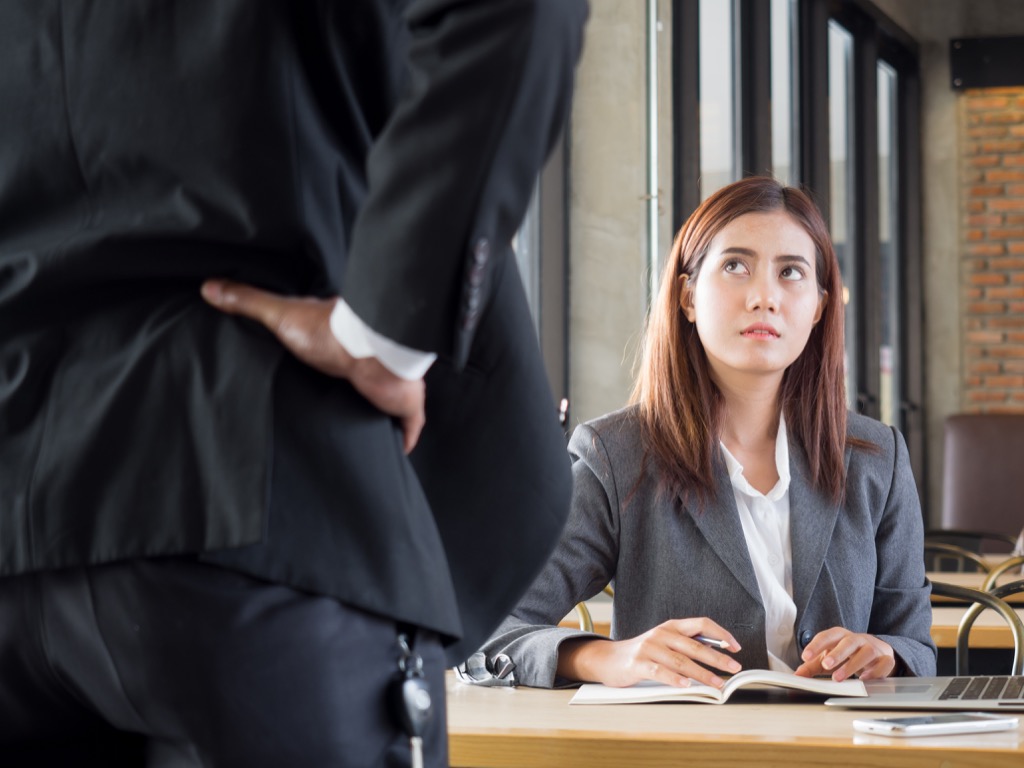 Do damage control quickly and directly. The next day, collar your boss and apologize. "Say I drank too much, and that was not a good call on my part," says Bregman. "Let him or her minimize it and say, 'Oh no, that's not a big deal.' Then say, 'Yeah, but I'm still not happy about it.' I think everything is recoverable with a sincere acknowledgment and apology." For more corporate hilarity, check out these 15 Things Dictator Bosses Banned at Their Companies.

Michael Martin
Michael Martin is a New York City-based writer and editor whose health and lifestyle content has also been published on Beachbody and Openfit. A contributing writer for Eat This, Not That!, he has also been published in New York, Architectural Digest, Interview, and many others. Read more
Filed Under
Career • Etiquette • Food • How-To • Office Life • Wine
Read This Next
Latest News
Read This Next