These two are too cute for words.

Halloween is a massive holiday for Harry Potter fans, and, this year, J.K. Rowling was absolutely inundated with cuteness.

There were babies dressed up as Luna Lovegood.

Babies dressed up as Dobby the House Elf.

And babies dressed up as Harry Potter and Hedwig.

On Halloween, Heather Pearson of Portland, Oregon, threw her her girlfriend, Kelsey, a Harry Potter-themed party because they are both massive Potterheads, and had some of her friends fly in as a surprise. Heather dressed up as Draco Malfoy, whereas Kelsey dressed up as his future wife, Astoria. In a video that is now going viral, Heather explained the enormous amount of effort that went into planning the proposal, and documented the thoughtful and touching endeavor.

First, she had Kelsey find the first Harry Potter book in a Little Free Library, which included a quote from Chapter 10 saying, " Malfoy couldn't believe his eyes," following by a note saying, "I couldn't believe my eyes when I first saw you in person and knew you were the love of my life from that very moment." Already, Kelsey was bawling, having pieced together what was happening. 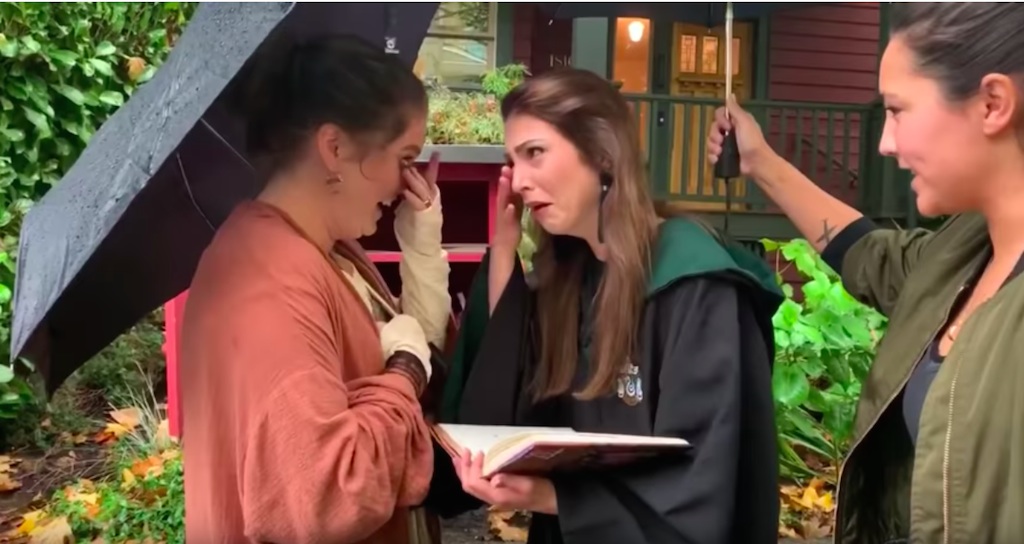 She was then sent to another Little Free Library, which contained the second Harry Potter book, and a note that said, "Malfoy shuttered over smirking, behind him walked a Slytherin girl. 'You're the most beautiful girl I've ever seen.'"

The next Little Free Library had the third book, which said, "Malfoy did a ridiculous impression of a [swooty?] and there was a roar of laughter."

They then got back to her apartment building, where Heather gave her the fourth book, their favorite, which she had gotten an artist to spell out the words "Marry Me" by folding the pages. 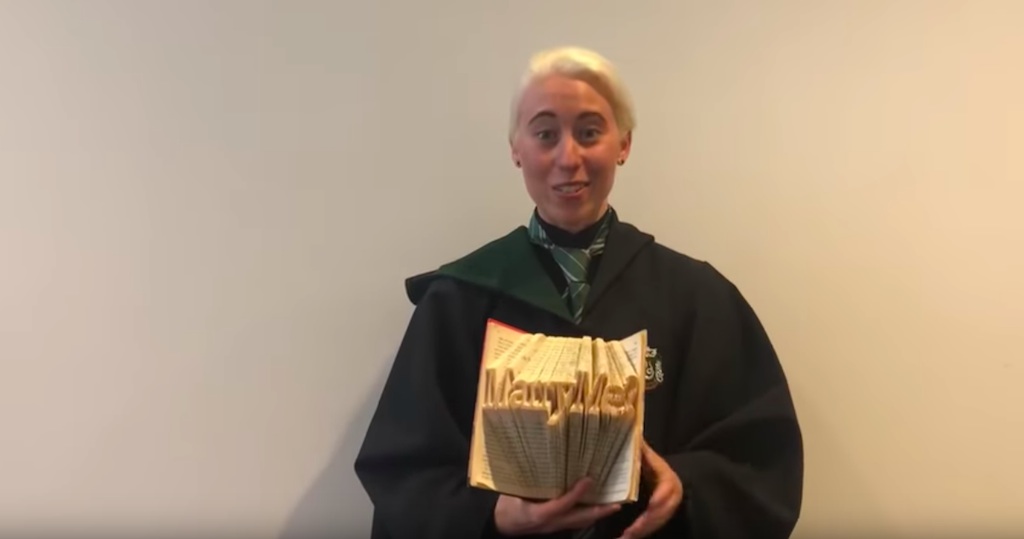 When Kelsey got up to the rooftop, Heather was waiting in the pouring rain with the book and a ring. 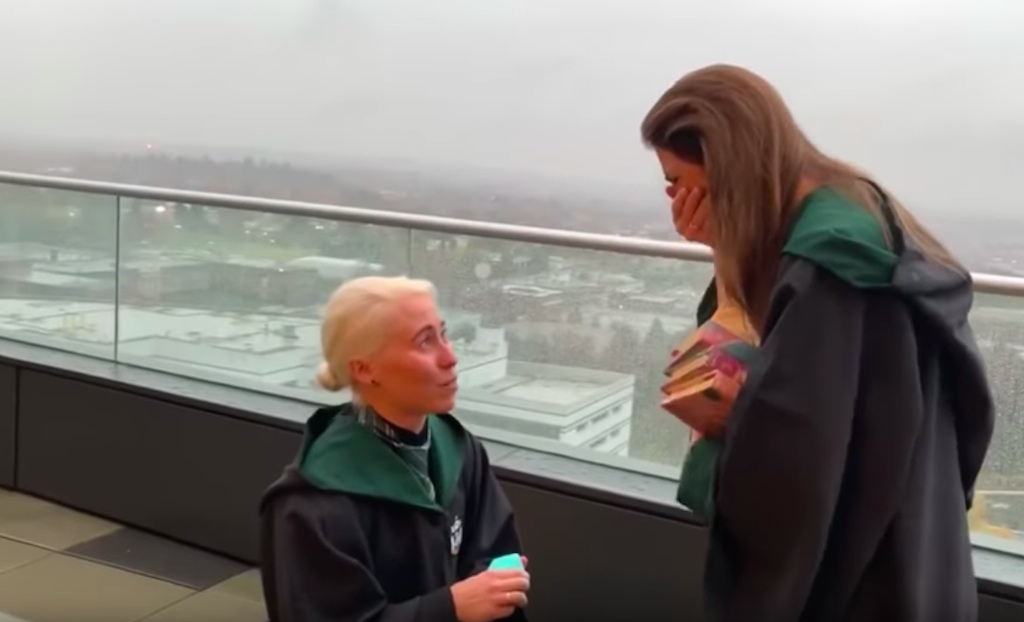 Congrats to the happy couple! And if you can't get enough of the collision of real-life love and fictional settings, don't miss this roundup of 27 Crazy Weird Themed Weddings That Actually Happened.