The 7 Most Surprising Everyday Exercise Killers

Even if you're doing everything right at the gym, you could be doing something wrong that's holding you back. Maybe that's working out at the wrong temperature, in the wrong environment, at the wrong time of day. (Or you could simply be eating the wrong snack to fuel your workout routine.) Here are seven surprising things that are holding you back where it counts: The gym. And if "I don't have enough time" is your excuse, don't worry: We've got you covered with the best workout you can do in 10 minutes flat. 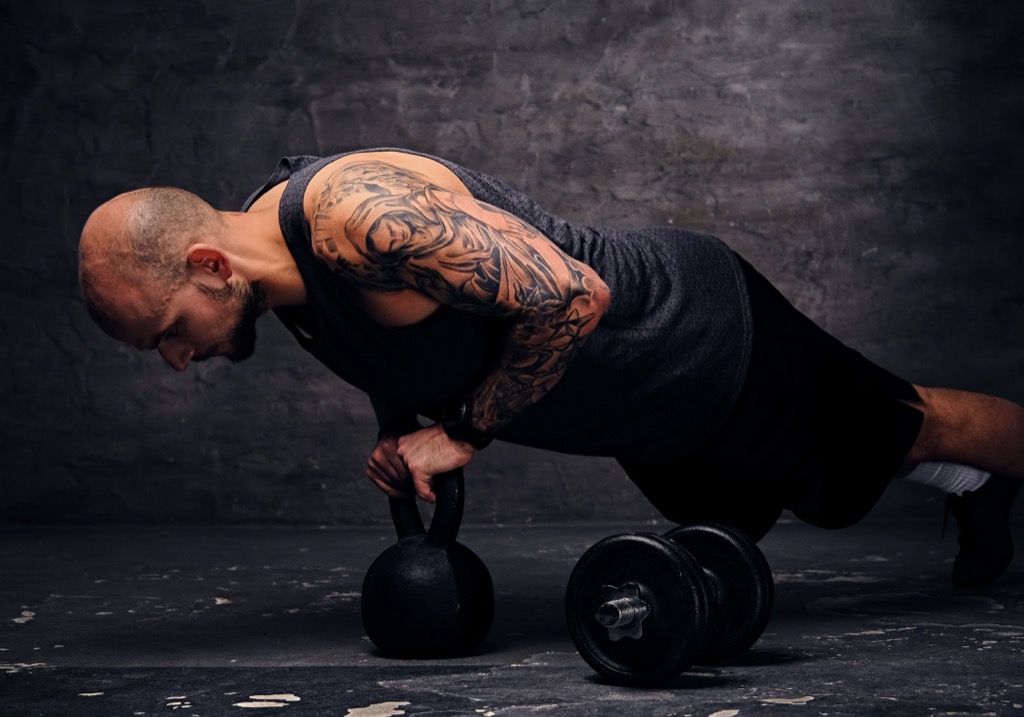 Tattoos may be cool, but they're not very cooling on the skin. According to a recent study in Medicine & Science in Sports & Exercise, tattooed skin actually inhibits sweat glands. The researchers found that inked skin produces about half the sweat as un-inked skin. In turn, this could lead to inflammation—which leads to slower muscle recovery. Plus, a recently acquired tattoo is one of the 40 things no man over 40 should own. Believe it or not, yes, there's a reason everyone in you gym is clad in iridescent, vivacious spandex. According to a study in Journal of Experimental Social Psychology, clothing has a direct impact on how you act. In other words, if you wear clothing designed for fitness, you'll subconsciously be more inclined to work harder. If you buy cool running shoes that you can't wait to wear, it means you're going to wear them! So throw out that ratty graphic t-shirt and invest in some gear that will actually pump you up. 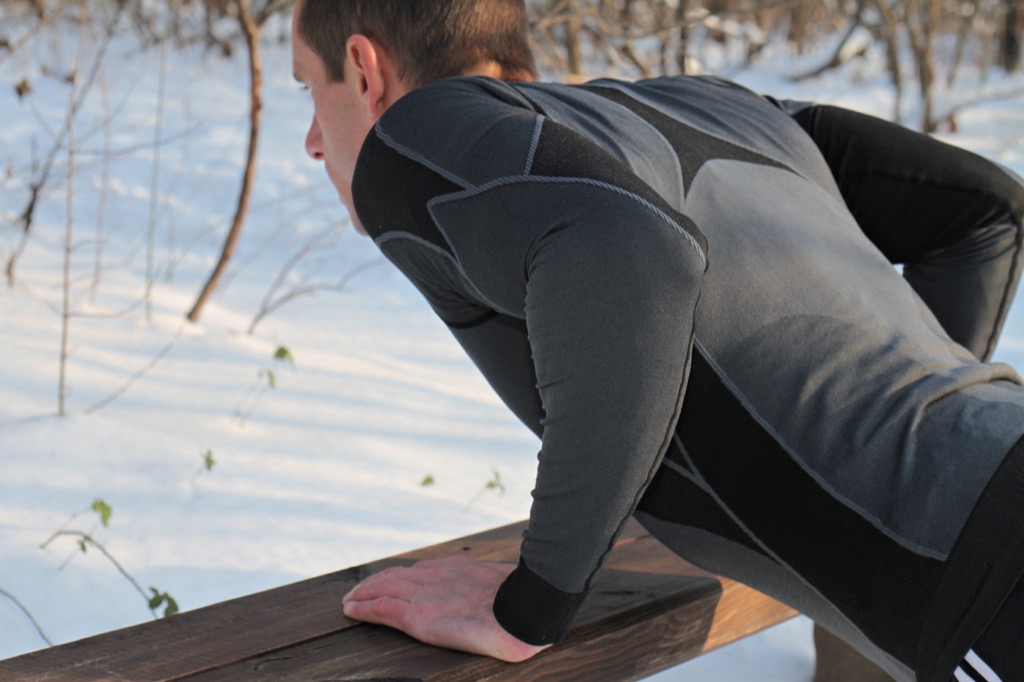 Summer bodies are hard bodies and winter bodies are soft bodies. That's more or less a universal truth, right? Wrong. As it so happens, we're hardwired to burn more fat during the winter. According to a study out of the University of Kentucky, there are two types of fat: white fat, and calorie-incinerating "beige" fat. When temperatures plummet, we have more genetic markers for that "beige" fat. To replicate these conditions in the warmer months, find yourself a gym that's more meat freezer than sweat lodge. And to keep up your looks in the summer, learn the 4 workouts to ensure you'll have a beach-worthy six-pack.

Certain sects of lifters pop ibuprofen before a session. It makes sense: lifting hurts; ibuprofen dulls pain. But a study in Medicine & Science in Sports & Exercise found that swallowing this trust pill increases "intestinal permeability," or the degree to which your body can flush out toxins and bacteria—and subsequently recover from a workout. Also, if you still need more convincing to cut the stuff out of your life, ibuprofen comes bearing a few potentially harmful side effects.ae0fcc31ae342fd3a1346ebb1f342fcb

No one likes being stuck inside a stuffy, sweaty, crowded gym. For good reason, when the flowers blossom, every runner under the sun laces up and runs, well, under the sun. And for good reason: A study in Environmental Science and Technology found that exercising outside is far more beneficial than working inside. People who do their workout routine in the great outdoors report more significant decreases in tension, aggression, and depression—ultimately, the true reason we all work out—than people who exercise in a gym. 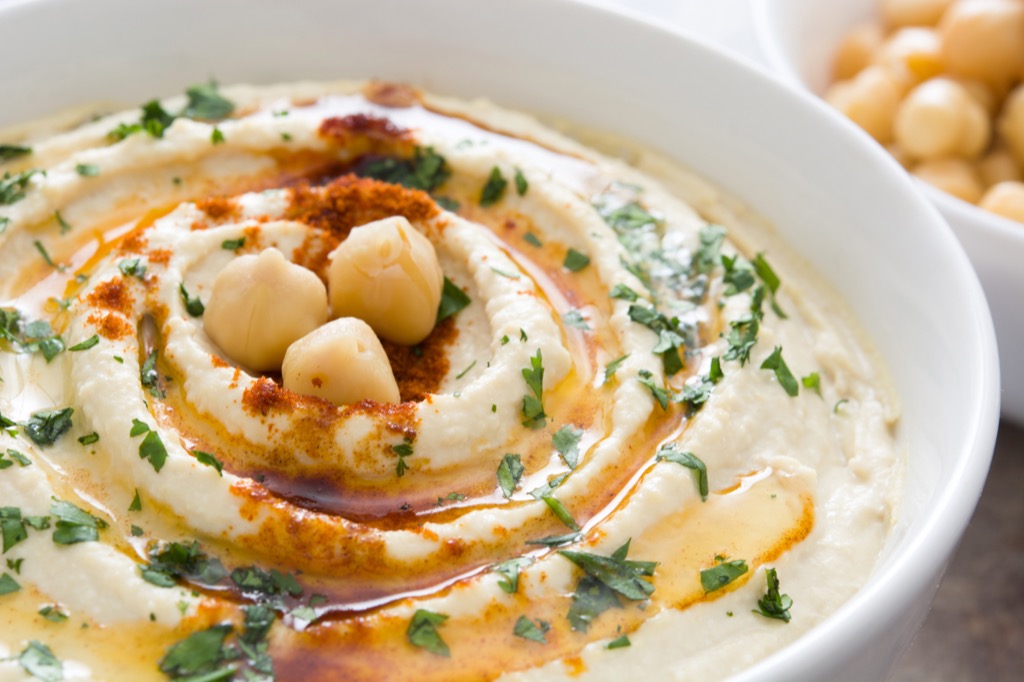 Sure, everyone's favorite dip is high in protein. But hummus—and all bean-based foods—are high in fiber and indigestible carbs, which will likely cause uncomfortable bloating during your workout routine. Instead, swap in one of the 5 best high-protein snacks for exercising. Yes, it's the holy grail of exercise: an early-morning workout. But as it turns out, working out in the morning may not be ideal. See, according to a study in The Journal of Physiology, exercise is innately tied to our circadian rhythms. Working out in the morning, when we're groggy and just getting started, doesn't produce as positive an effect as working out at the circadian peak—that's the middle of the afternoon—does. After all, the late afternoon or early evening is when your body gets a surge of hormones that aid in peak performance. (Fun fact: that's also when most Olympic records are broken.)

Ari Notis
Ari is an editor specializing in news and lifestyle. Read more
Filed Under
Exercises • Fitness • Workouts
Read This Next
Latest News
Read This Next