Inside the Glamorous Lives of Pardoned Turkeys

Drumstick and Wishbone are truly living their best lives.

Today is the day that President Donald Trump will, according to a longstanding tradition, be pardoning a couple of turkeys in honor of Thanksgiving. Their names are Wishbone and Drumstick, and ever since they were introduced to the world, the Internet has been busy deciding which one they would pardon.

Don't worry, though, this isn't a Sophie's Choice Thanksgiving edition type of situation. Both turkeys are going to be pardoned, and both of them are living their best lives, as are some of the other celeb turkeys that the White House has pardoned. Here's a secret look at the luxe lives of America's most famous pardoned birds. And for more glitz and glamour, check out the sexiest backstage photos from this year's Victoria Secret Show.

1
They Stay In Private Suites at the Lux Willard Hotel 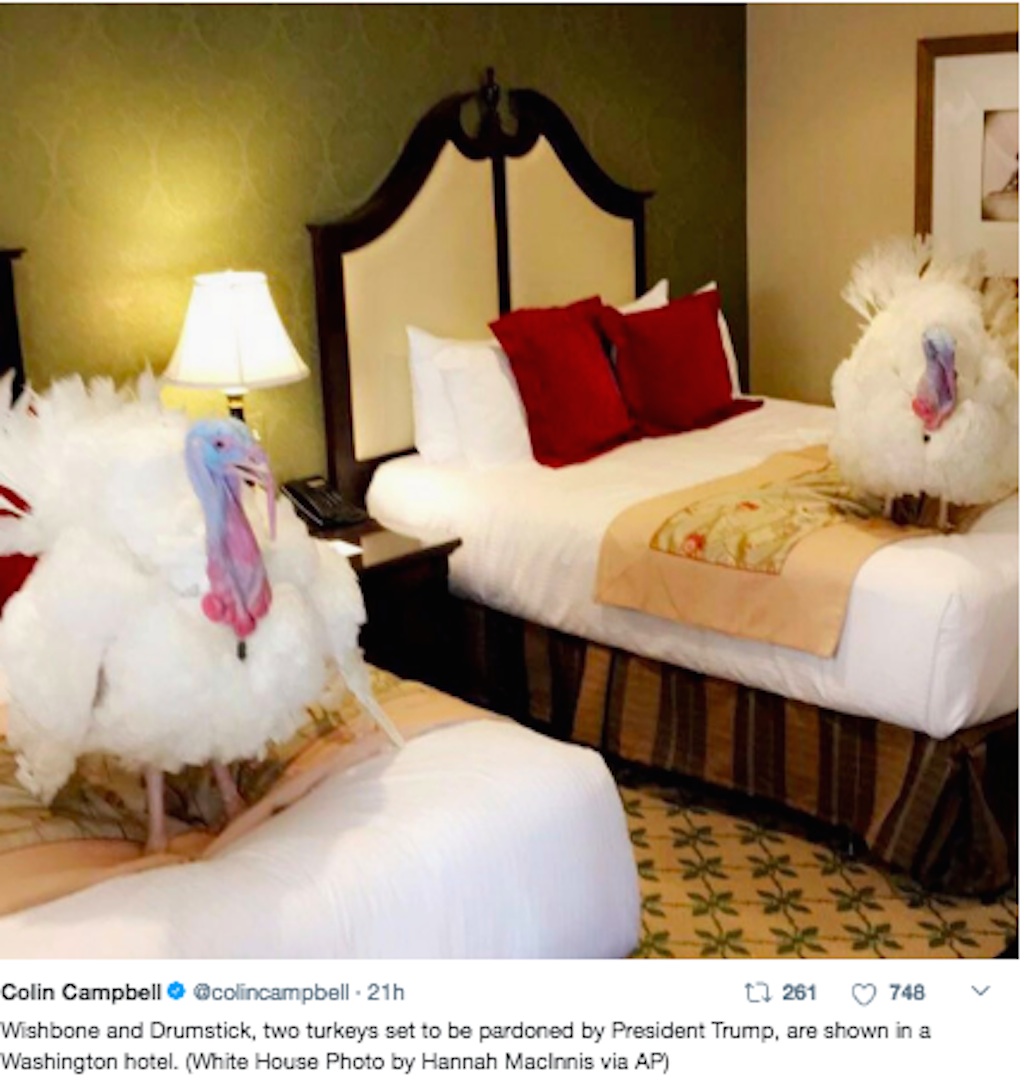 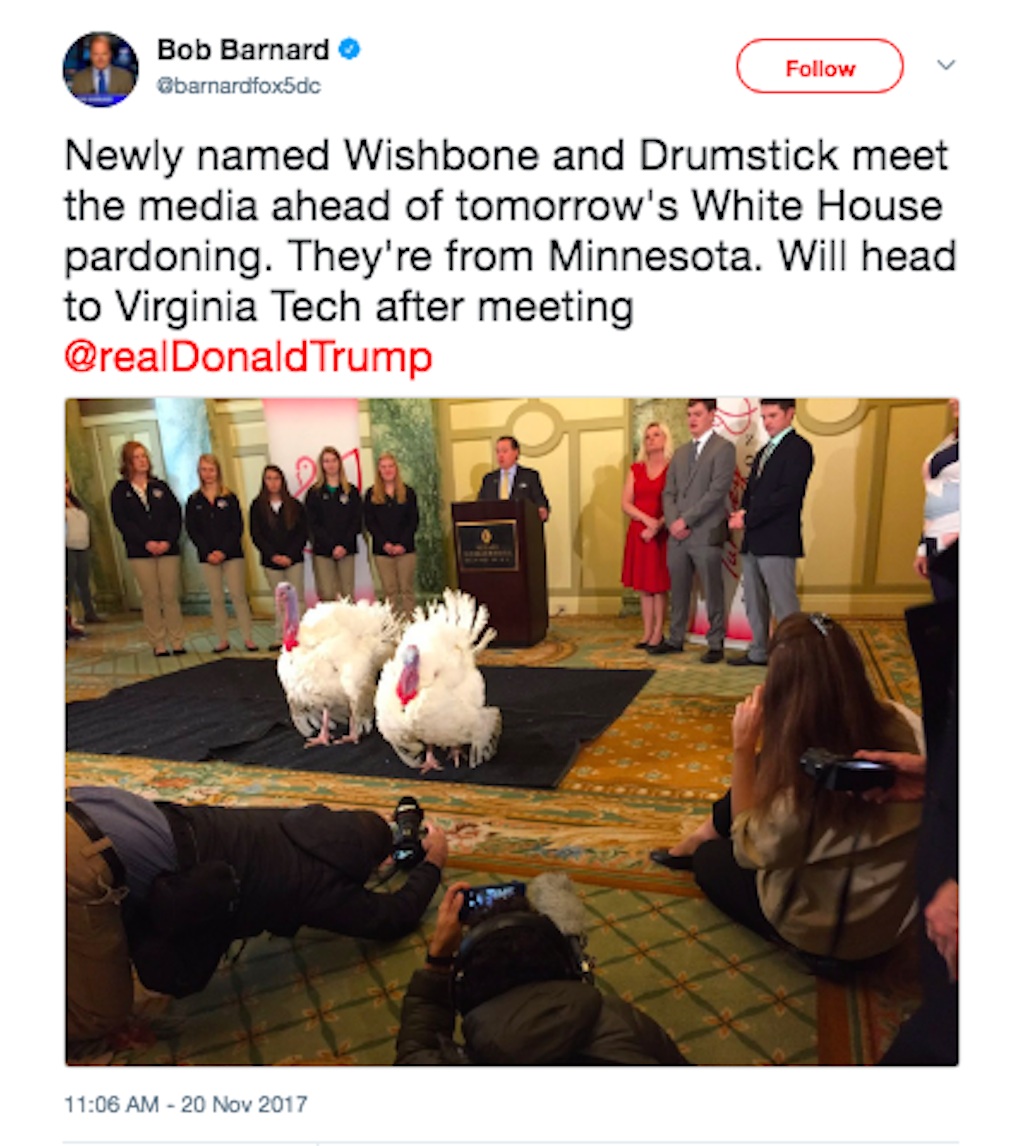 3
They Ride in Limousines 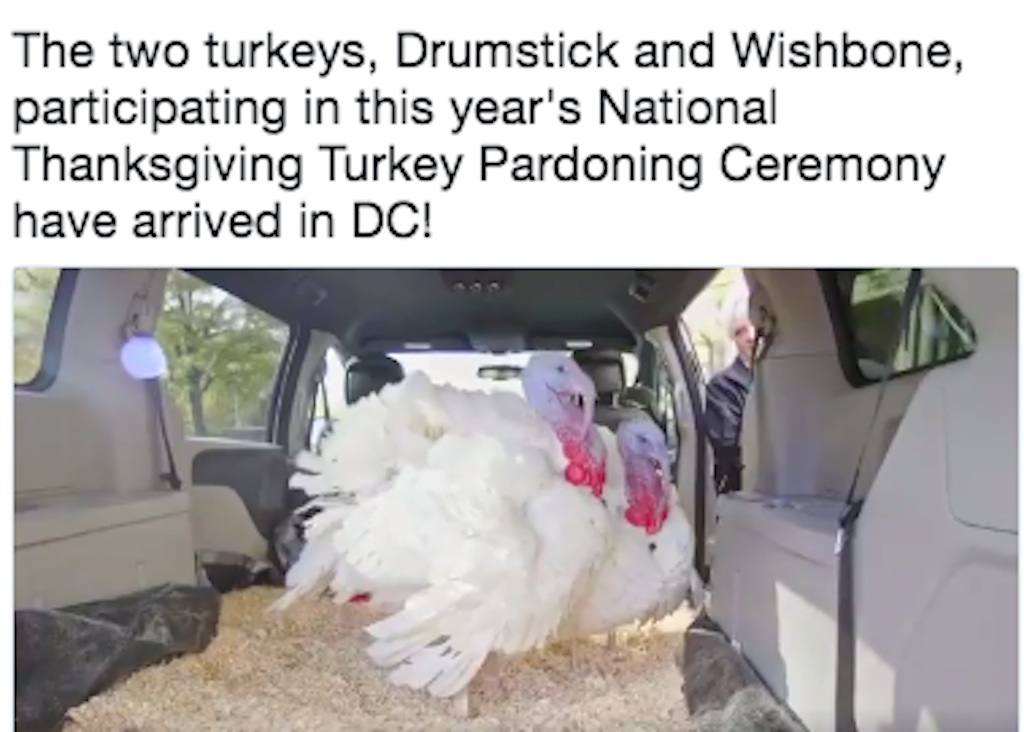 4
They Really Know How to Strut Their Stuff 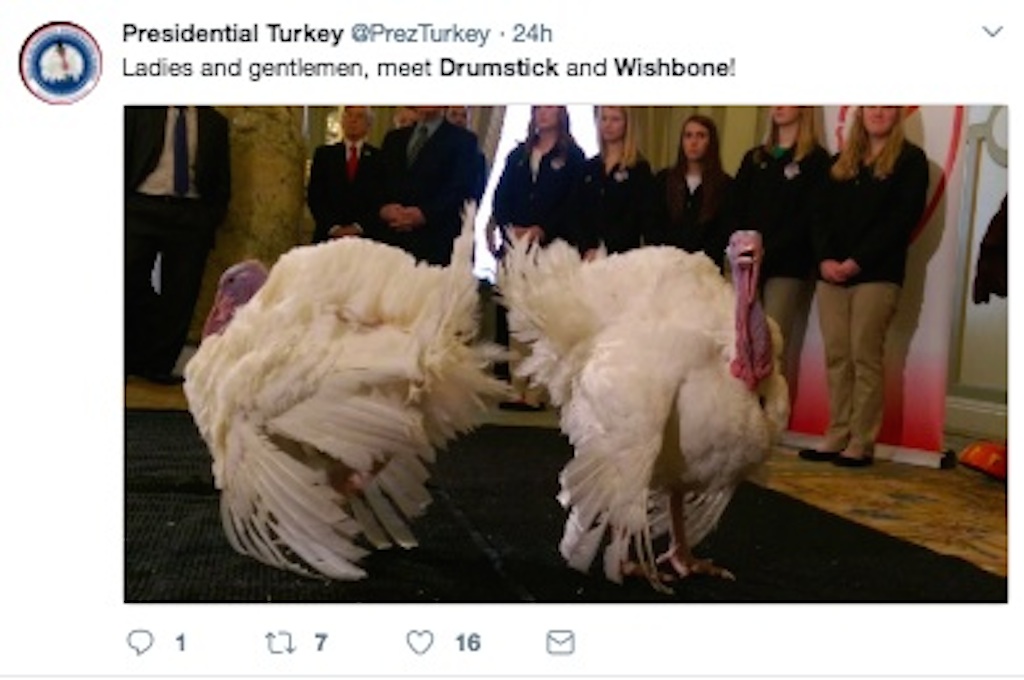 The turkeys are always chosen according to their temperament, which means they need to be super classy in order to hang in the White House. According to their bios, however, Wishbone and Drumstick have also got plenty of swag. Wishbone's "strut style" is "strong shuffle," whereas Drumstick's is "tall and proud."

5
They Retire to the Countryside 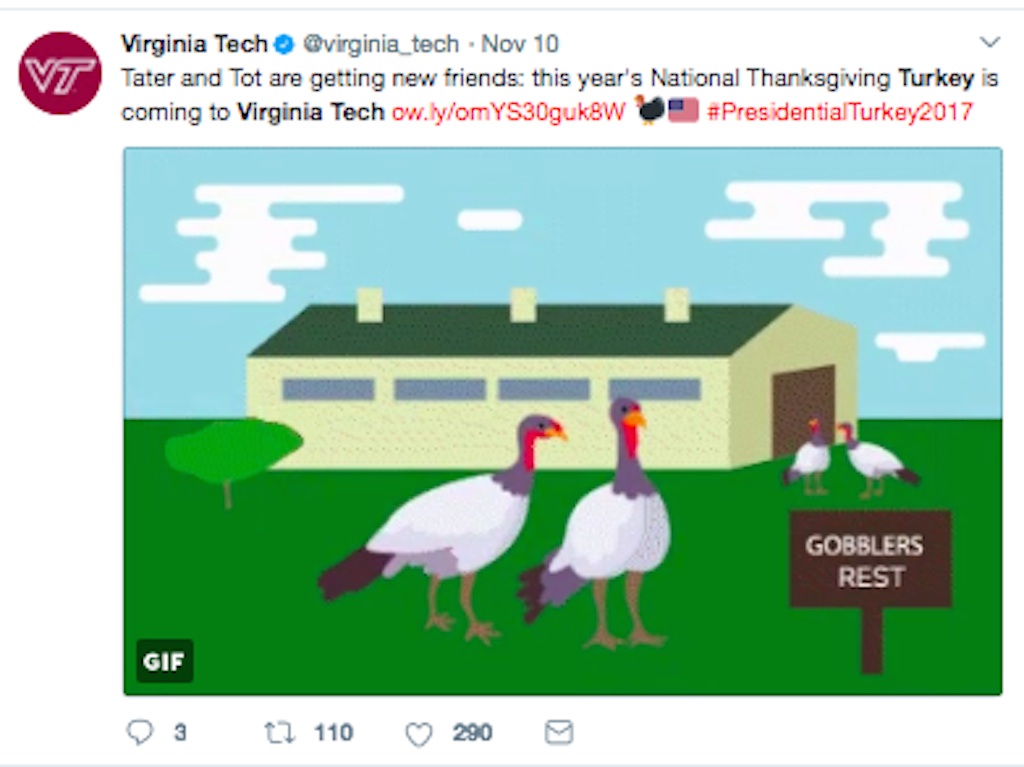 After their pardoning,Wishbone and Drumstick will live out their days in peace at "Gobbler's Rest," a newly built enclosure at Virginia Tech, where they will join last year's pardoned turkeys, Tater and Tot.

6
They Join a Celebrity Community 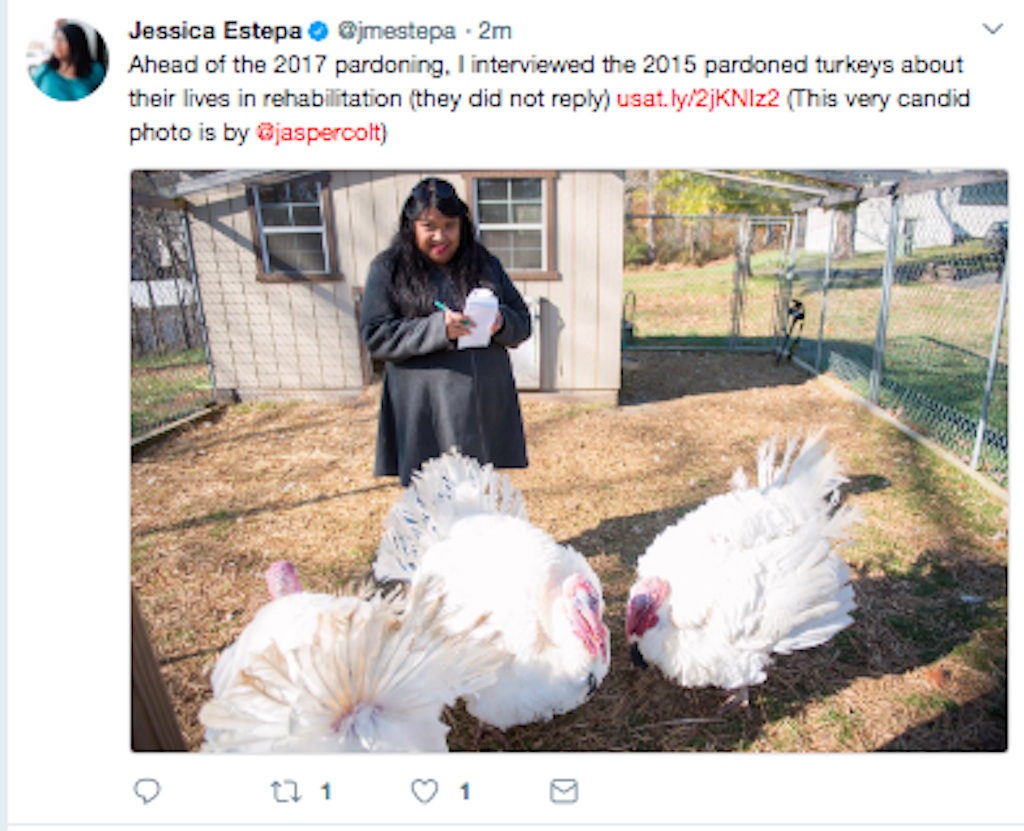 Honest and Abe, the turkeys who were pardoned in 2015, now live a quiet life at Morven Park, an idyllic 1,000-acre historic estate in Northern Virginia that was once home to the late Virginia Gov. Westmoreland Davis. The only other resident there is George, another celeb turkey whose claim to fame was ringing the bell at the New York Stock Exchange.

According to their caretaker, Stephanie Kenyon, the turkeys are fed an ample diet of poultry feed mix, along with pumpkin or dried field corn as treats. When visitors are allowed to come see them, they purportedly puff up their feathers to remind guests that they are in the presence of greatness.

"They're popular with visitors," Kenyon said. "They're very vocal, and they gobble, and people laugh. . . . They're celebrities, right?"