Some of history’s fiercest warriors were early adopters of HIIT.

It doesn't matter whether you're a mongoose or a Mongol—if you occupy the top of a food chain, your body is designed for a high-protein diet and high-intensity exercise. Indeed, as today's Paleo enthusiasts know all too well, the former fuels the latter. "That's why the idea of endurance training is totally misplaced," says certified athletic trainer Mike Boyle, who has trained such modern-day warriors as Jay Pandolfo of the New Jersey Devils and Scott Gomez of the New York Rangers. "Why would anyone go out and run for 60 minutes knowing that life is, in fact, intermittent?"

Our bodies, in other words, aren't designed for stamina—they're designed for brief displays of power. "We'd all be smart to follow the Mongolians' lead," says Boyle. In the first 25 years of their reign, the Mongolian empire conquered more land than the Romans did over four centuries, and such a feat required an immensely fit—near superhuman—army. Ghengis Khan's troops were actually some of history's earliest proponents of the HIIT, excelling at sprinting, working their core, wrestling, and thrusting large weapons (sorta like Kettlebells!) at a blistering pace.

Of course, over the past 8 centuries, we've made much headway in terms of equipment and knowledge, but the principles remain. "If you substitute intensity for duration, and train for function rather than form, you'll get better at life itself," says Boyle. You'll also never have to spend more than 15 minutes at the gym. Here's a weeklong plan to get you fighting fit. And to further sculpt a physique truly ready for conquering—the day, not nomadic tribes—brush up on the quick and easy workout Olympic judo fighters train on. 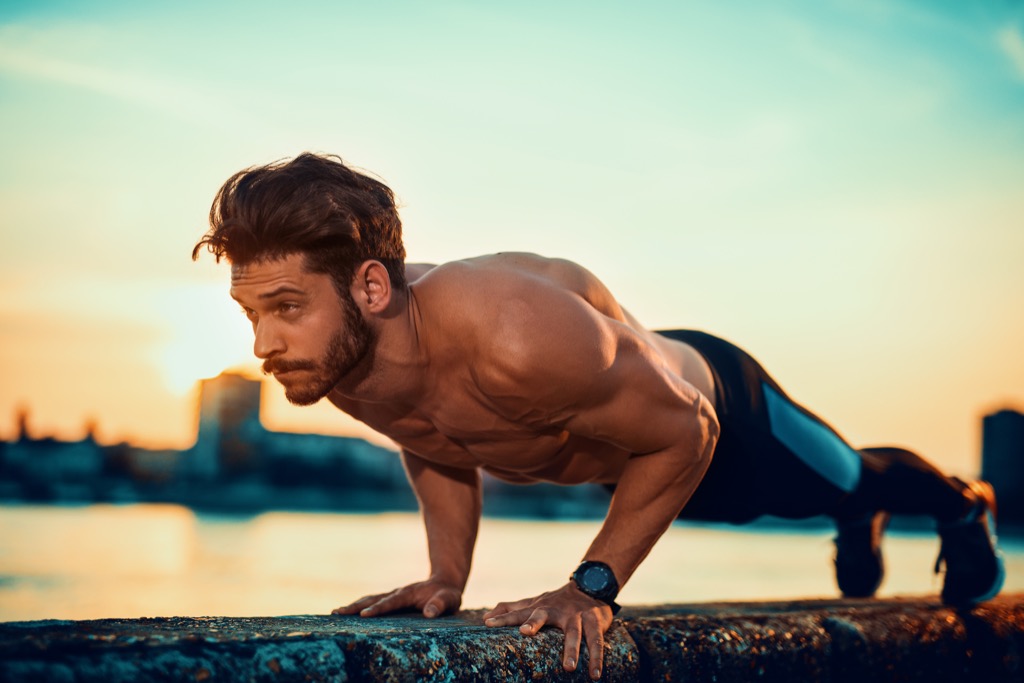 Think of each circuit as one continuous set. Perform eight to 10 reps of each exercise, resting for two minutes only after you've completed the entire circuit. Repeat each circuit three times. "True fitness is measured in workout density, how much you can do in as short a time as possible," says Craig Friedman, vice president of performance innovation at EXOS. "Single-leg exercises are also key. We live life on one leg at a time, and by training on one leg, you'll get stronger faster." 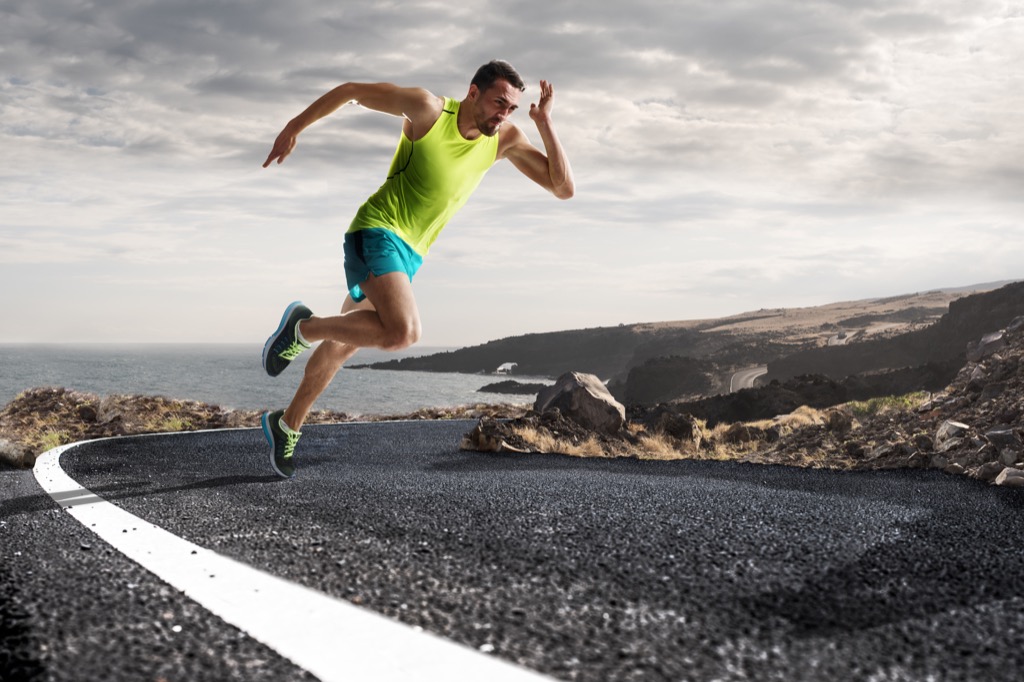 Find a football field and, after warming up by jogging the perimeter twice, begin running the length of the field (go for 70 percent of your maximum sprint speed) and jogging the width. Stop after you've circled the field five times. "If you don't have a field nearby, find a road with telephone poles," advises Boyle. "Run the distance between three poles, jog to the fourth, and repeat 10 times." The entire workout shouldn't take longer than 12 minutes, but that's all the cardio you need, says Boyle. In a recent study of cyclists at McMaster University, in Canada, researchers found that those who exercised intensely for just 18 minutes a day (four 30-second bursts of all-out cycling separated by four minutes of rest) experienced the same gains in performance as cyclists who pedaled continuously for two hours a day. "Have you ever seen a fat sprinter? Probably not," says Boyle. "But I bet you've seen a lot of fat joggers. Intensity will always win over duration. Always." If you still don't believe a workout can be done in 12 minutes, let us further convince you why you need a shorter workout. 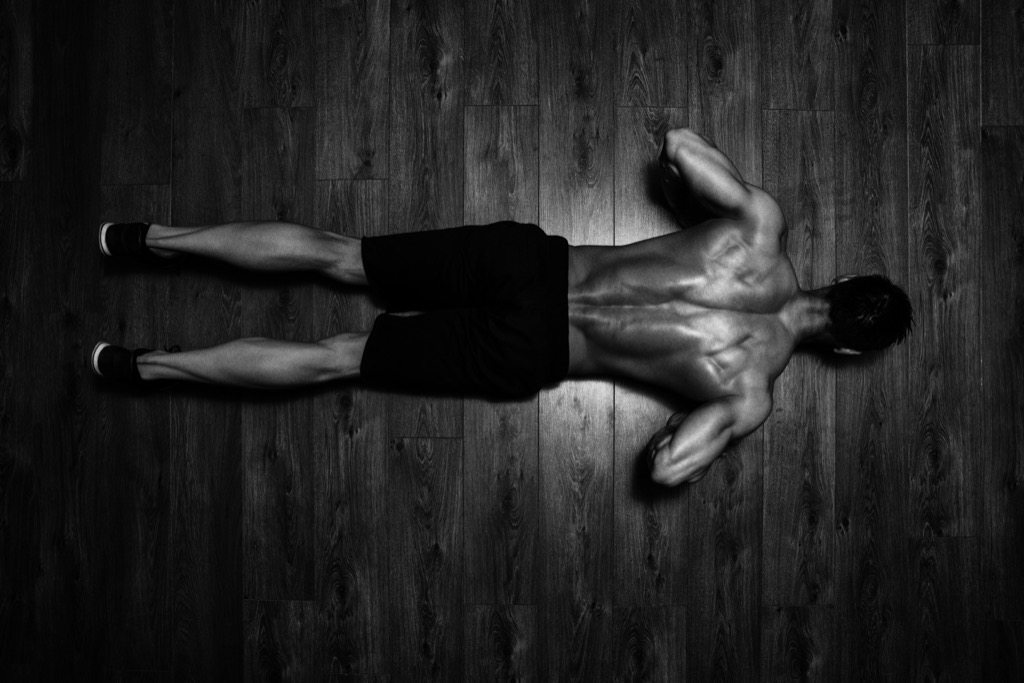 Follow the same strategy as outlined in Day 1. "The idea here is variation without change," explains Boyle. "You're going to perform the same basic movements—pushing, pressing, pulling, and squatting—but by switching up the exercises, you're going to hit different muscle fibers in different patterns." As a result, your muscles won't adapt to a routine, and performance won't plateau. "Body weight is also an important element of any functional exercise plan," says Friedman. "You don't carry around dumbbells in real life," so why overload your workout with them?

"Hill training represents a near-perfect combination of aerobic and anaerobic conditioning," says Boyle. "On one hand, you're getting your heart rate up and working your cardiovascular system. On the other, the hill's incline provides resistance for building leg strength." Find a hill with a 20 to 30 percent grade (roughly equivalent to an intermediate ski slope), and then run 50 meters uphill at 80 percent of your sprint speed. Walk down and repeat 10 times. Distance runs on flat ground are the scenic route. But if you are interested in the scenic route, learn the 4 essential steps to running a perfect race. 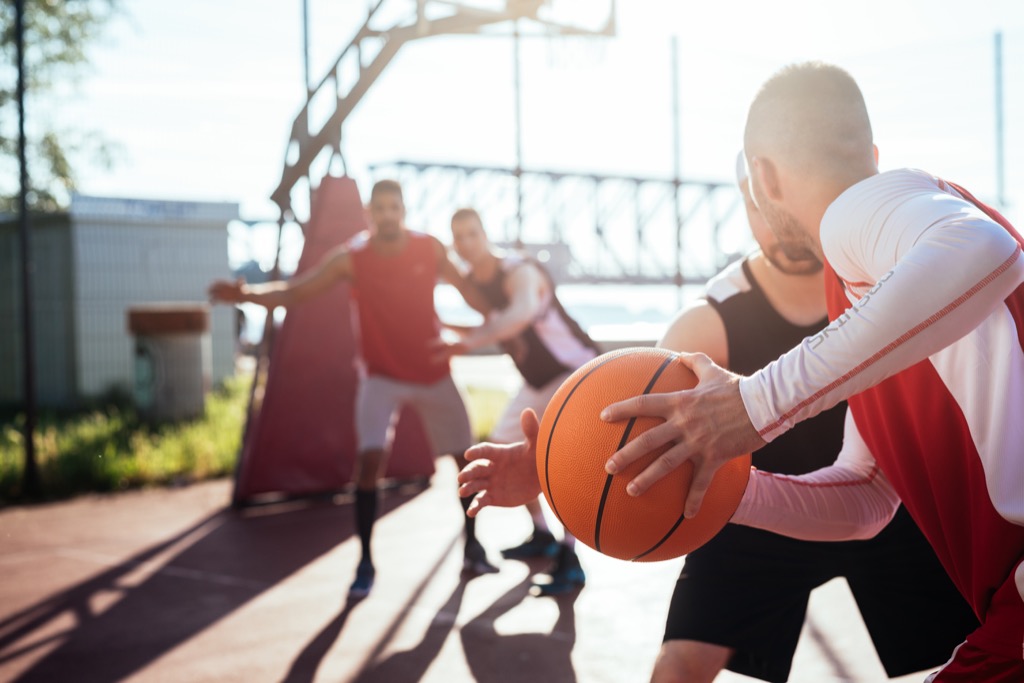 Thus far, you've focused on strengthening various muscles and bodily systems through a series of functional workouts. Today, you're going to put everything together into one compound exercise: basketball. "No other sport gives you as much bang for your fitness buck," says Boyle. "It strengthens and reinforces every conceivable movement pattern—accelerating, decelerating, jumping, sprinting, upper-body coordination, and rapid changes in direction. Everything is rolled into this game." And you only need one opponent to reap the benefits. If basketball isn't your sport, try tennis, soccer, or rugby. Once you've mastered the ancient warrior workout, try the modern day warrior workout, and copy Captain America's routine.