15 Ways to Double Your Productivity in Half the Time

Fly through your days with minimal effort.

Wouldn't it be nice to fly through your to-do list every day with minimal effort? Whether it's tasks you have for work or things you need to get done in your personal life, it's not uncommon to feel like everything keeps building up while you're barely making a dent checking things off. But that's just because you haven't worked on your productivity yet.

With a handful of strategies, you'll be able to not only finally get things done, but also get them done quicker and more efficiently, leaving more time to do the things you actually want to do. Before you start your next work day, go through these ways to increase the amount of work you're getting done in a much shorter period of time. And for more great productivity strategies, don't miss these 29 Body Clock Hacks to Maximize Your Day.

1
Write Everything Down—Then Do It 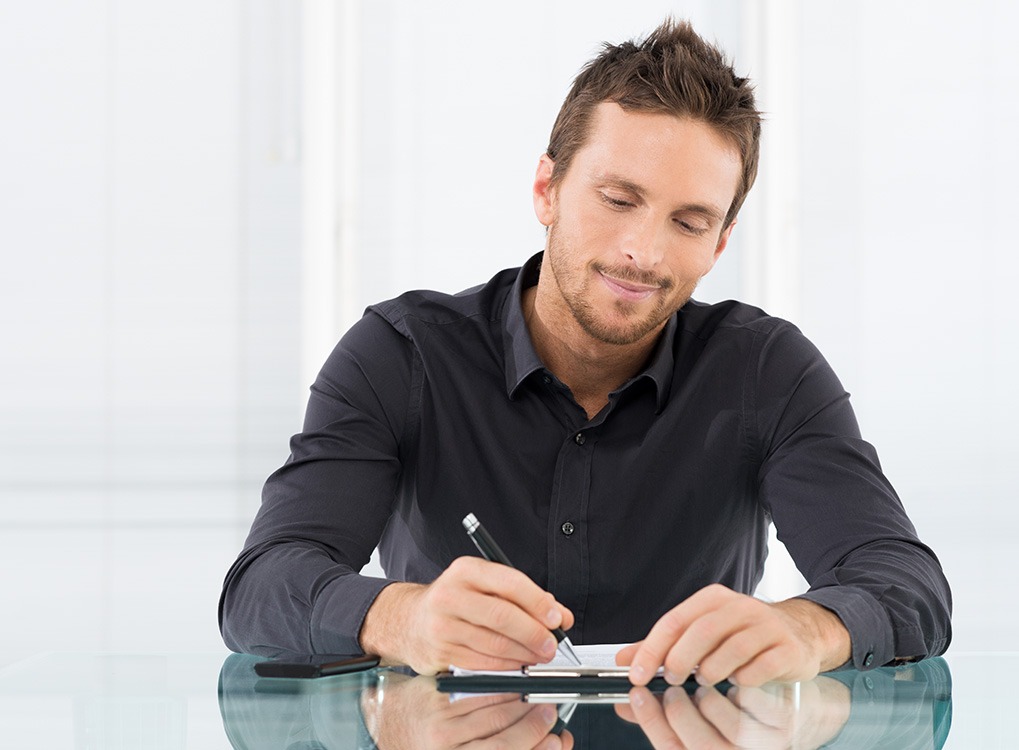 Yes, all of it. Whether it's something that's been stressing you out, a phone call, or even a small task that's been on your to-do list for way too long, jot everything down on a piece of paper under the heading "Things Stressing Me Out Right This Second"—then spend the next hour checking off as many tasks as you can. By taking a set amount of time each day to zone in on specific tasks, you'll not only feel a wave of relief when you're finished, but it will also prevent yourself from spending even more time completing them later on. 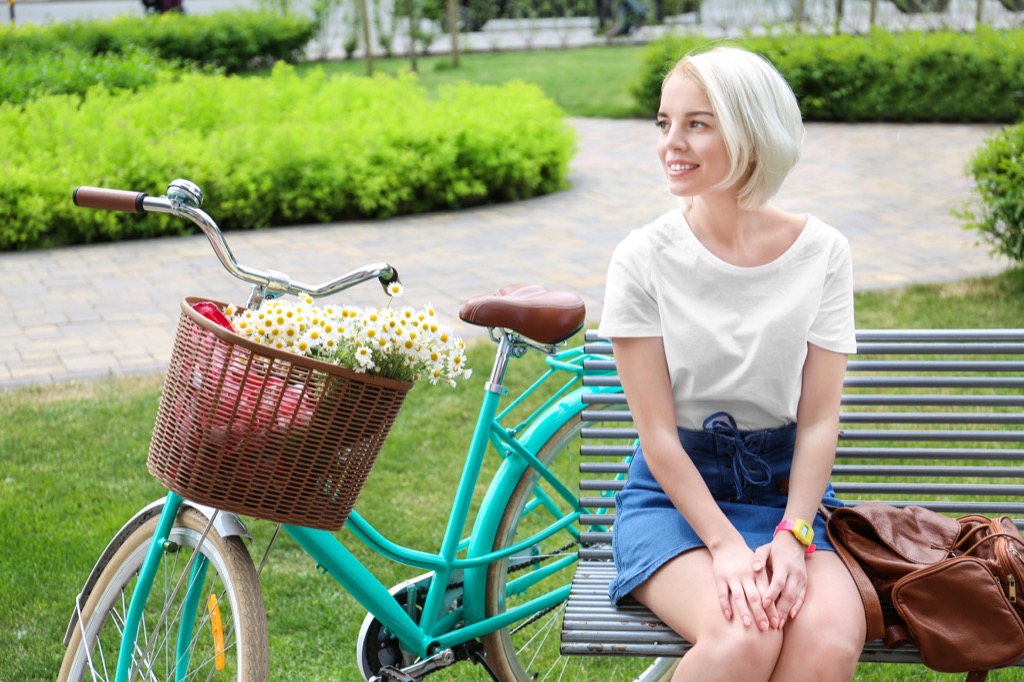 There are so many distractions that can prevent you from getting your work done efficiently throughout the day, even if you don't notice them. You could spend seven hours working in a loud space and get the same exact tasks done in half the time simply by sitting in a quiet zone. The next time you need to hunker down and complete something, go somewhere you can be alone—and you'll get done so quickly you'll have the whole rest of the day to enjoy work-free. Besides, taking a little you-time is one of the 30 Easiest Ways to Fight Stress!

Some people swear by working in short, timed segments instead of working for long periods of time, and it really can pay off. Instead of telling yourself you're going to sit and be productive for a few hours, set a timer for 30 to 60-minute segments where you do as much as you can, pause, then go at it again. It will give you a second to breathe, de-stress, and regroup before jumping right back in. And if you really want to put your productivity into overdrive, work from home. After all, it's the Holy Grail of Productivity Hacks. 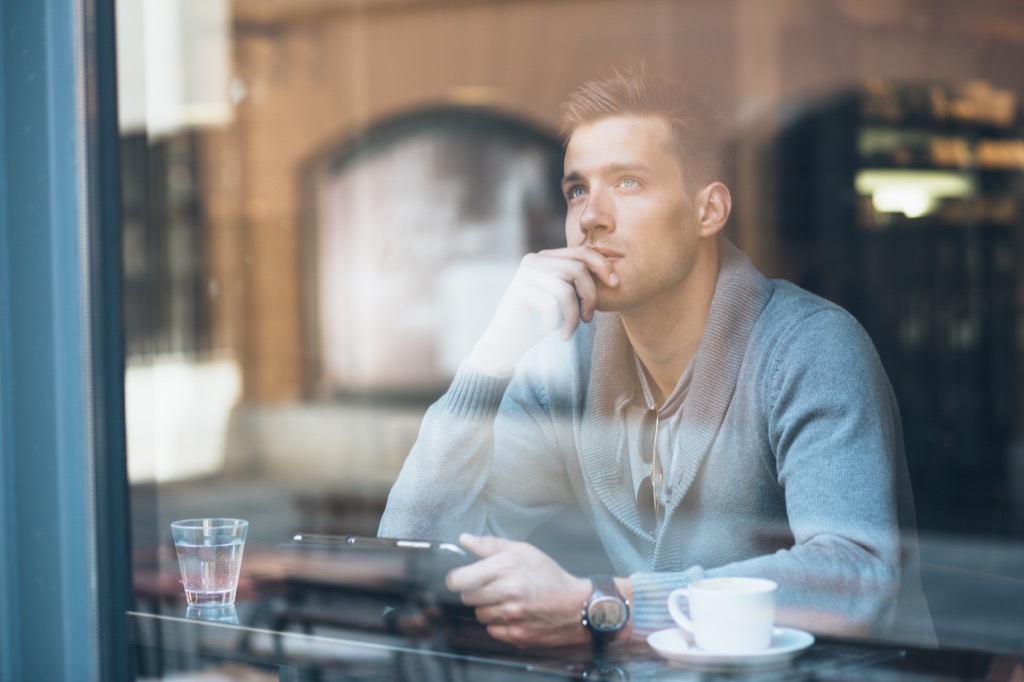 It works at the gym, and it works with your productivity. When a friend is counting on you to do something (like show up to an early-morning spin class), you'll most likely do it. So the next time you have something important you want to finish, tell someone you're close with. Not only will you feel like you have to get it done and therefore jump right in on it, but you'll also get it done quicker.

5
Put Your Phone Away

Sorry, but no one gets anything done when they're constantly answering texts or checking out their most recent notifications. When you're truly trying to be productive, make it a technology-free zone. Without your phone lighting up, you'll fly through your tasks much quicker than you would have with multiple phone breaks. Constant buzzes and interruptions are a common source of workplace stress, so check out our 30 Easy Ways to Fight Stress for a solid way to unwind at your desk.

6
Get Into an Actual Routine 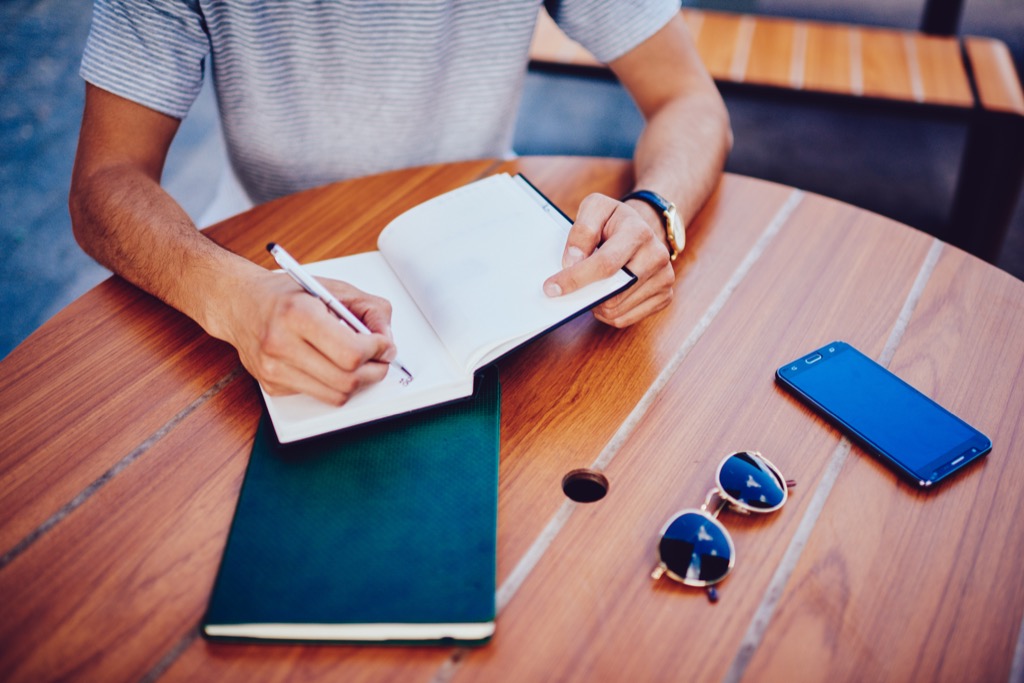 For some people, every day is different. But instead of just doing whatever you feel like, have a set routine in place. Instead of spending your whole morning responding to emails, for instance, only spend a certain amount of time on the task—then get started on your other work. By having a routine in place, you'll be much more productive, get more done, and can relax later on in the day.

7
Take Advantage of Your Mornings

If you really want to get things done, there's really no better time to become a morning person. While working later on in the day is full of distractions—whether people are emailing or calling you about things, or chatting you non-stop on Slack—early mornings are basically prime time for productivity. By getting some big tasks out of the way before everyone else starts working, you could be done for the day by noon.

8
Plan Your Day the Night Before

Sure, no one wants to start thinking about the next day of work before they even go to bed. But by going over what you want to accomplish and figuring out a solid schedule for yourself, you'll wake up with a purpose and can start flying through your list—and even be done with your day early.ae0fcc31ae342fd3a1346ebb1f342fcb

9
Don't Be Afraid to Take Breaks 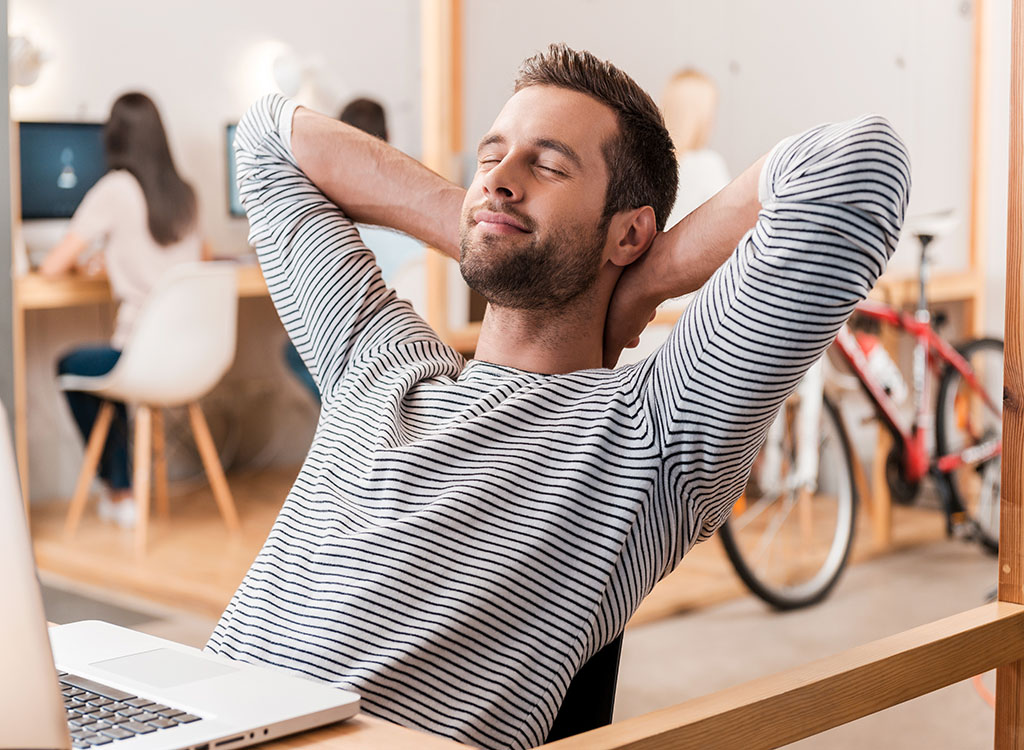 When you have a lot to do, it's easy to go-go-go for hours until you get everything done—but sometimes that can end up backfiring and the quality of your work isn't as good as it would have been if you had slowed down. Instead of being on high speed-mode 24/7, feel free to take breaks to give your brain a rest. After giving yourself a quick distraction, you'll come back full-force—and with better work. And if you wander off on occasion, don't sweat it! Science Says Daydreamers Are Actually Super Smart.

10
Tell Others Not to Disturb You

Getting to work with people you're close with is fun until you're trying to get something done. When you want to crack down and be productive, mark yourself as busy in your office chat, put in some headphones, and become your own personal do-not-disturb sign. When you're not spending 10 minutes here and there chatting with co-workers, you'll get much more done and be able to work less hard later on in the day. 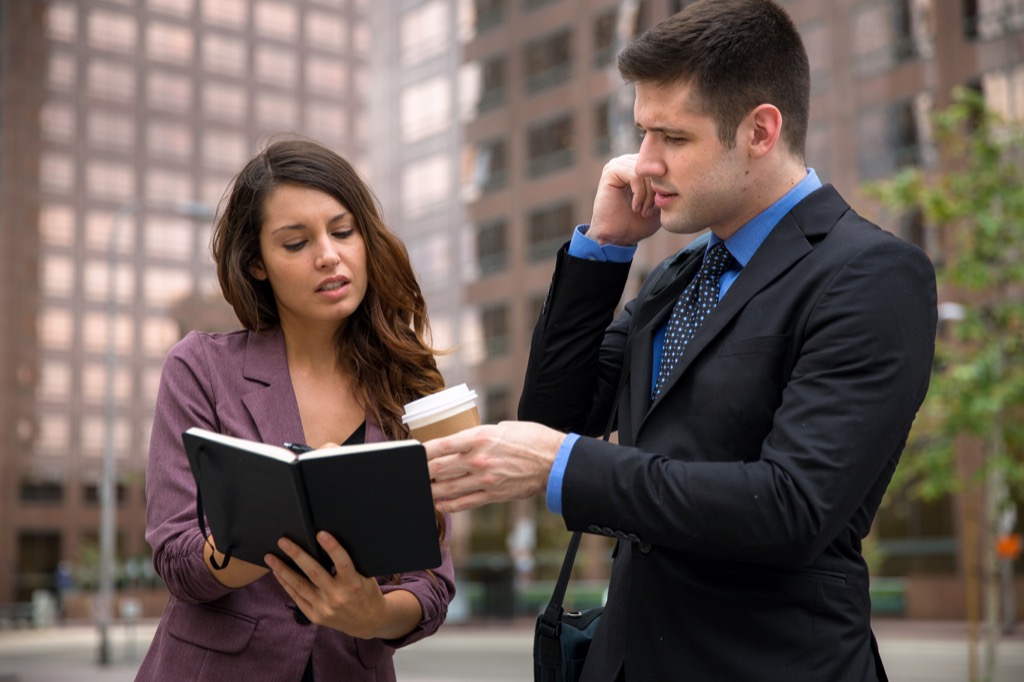 Obviously there are only things you can do yourself, but for other small tasks you've been trying to get to for weeks, hire someone to help you. Whether it's a personal assistant for a few hours a week or someone to come help you tidy up around the house, whatever can help make you more productive on the big stuff—and save you time in the process—is more than worth it.

12
Recognize the Power of Saying No 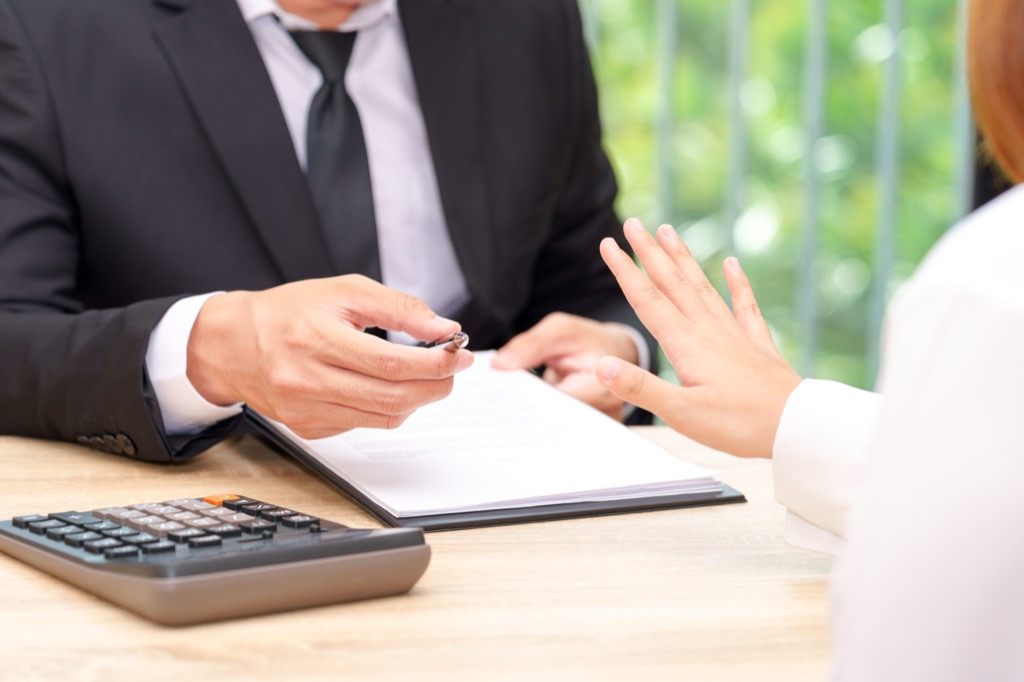 As nice as it would be to be able to say yes to everything, it can easily get in the way of your productivity. Sure, a mid-morning coffee break with a co-worker would be great—and there's nothing greater than stepping out for a long lunch. But some days it's better to say no and focus on what you need to get done so you can actually take a mental break later on. Also, once you do, you'll feel immediately less stressed. 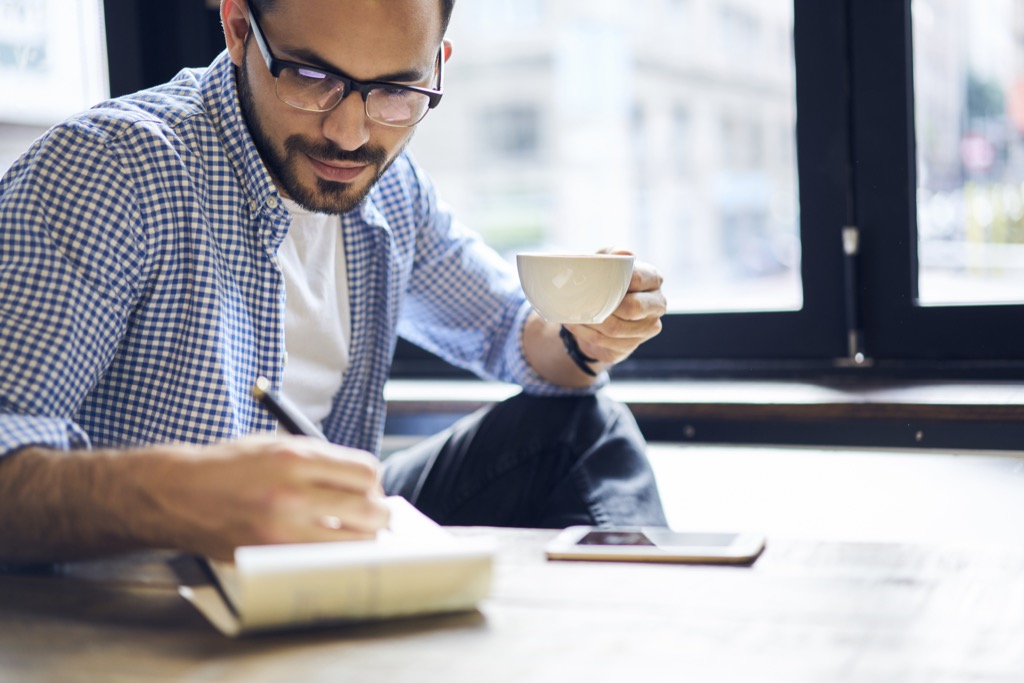 Sounds awful, right? But just listen: As much as it stinks to not only get up earlier in the morning but also drag yourself into the office earlier, being at your desk will help you get into work-mode and jump right into your tasks without distractions. You could even set up a deal with your boss where if you come in before everyone else, you can leave before everyone else too. If you get your job done early, you should be able to take advantage and have some free time. 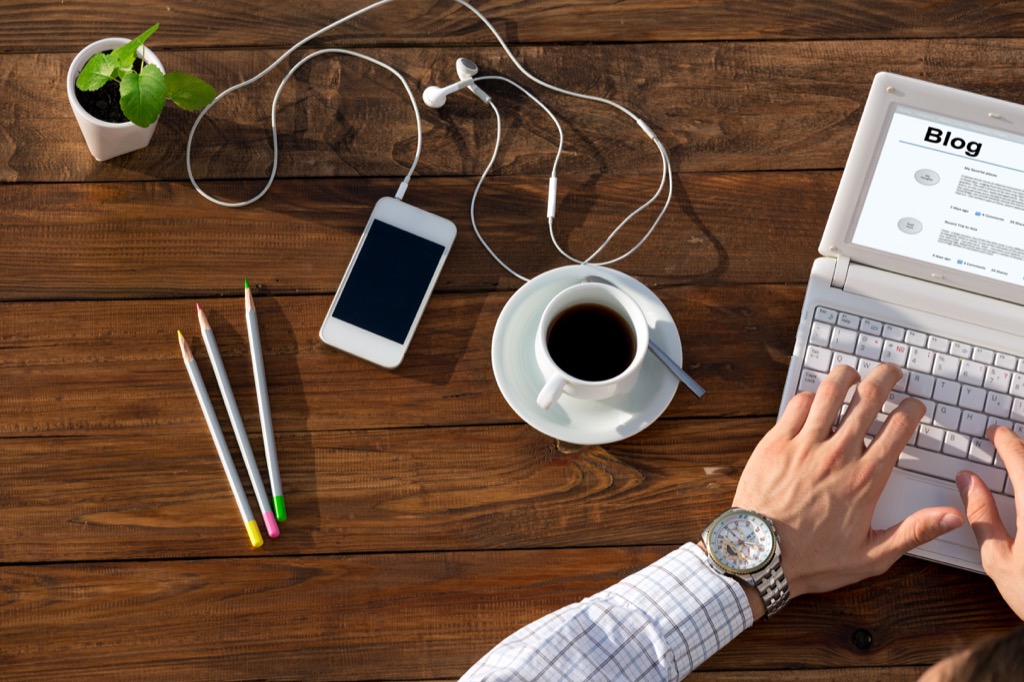 Sometimes it's easier to get things done when you have something guiding you along the way, and that's where apps come in. There are plenty of options that break your day up into timed working blocks (like Focus Booster), ones that let you jot down all your goals (like Evernote), and even ones that will keep all your to-do lists in one place (like Do!). When you're organized, you're more productive—and since most of them are free, why not take advantage?

15
Do Your Hardest Task First

The hardest things on your to-do list are typically the things you want to do last, right? Well, try reversing the order: By getting through your hard tasks in the beginning of the day, you'll be able to go at them with full brain power opposed to later on when you're already exhausted. By the time you finish and move on, you can handle the smaller tasks without having to put in as much effort. Keep up the mental fitness regimen with our guide to the 40 Ways to Stay Sharp After 40.