The 5 Best Workouts for President Trump

Any 70 year-old man with a BMI of 33.4 should probably believe in exercise.

For a man known to change his mind on a wide array of ideological issues—including abortion, trade, guns, and taxes, to name just a few—President Donald J. Trump has picked a rather strange one to hold firm on: exercise.

According to a recent article in The New Yorker, Trump "considers exercise misguided," and believes that "a person, like a battery, is born with a finite amount of energy." In other words, he thinks that if you work out, you're wasting good energy you could otherwise be using in more productive, work-related ways. Of course (and we sincerely hope this goes without saying), he's incorrect, and basically all of the health professionals on the planet are unanimous in the belief that exercise is good for you, and that it helps boost your mood, cognition, and productivity.ae0fcc31ae342fd3a1346ebb1f342fcb

Now, exercise would definitely be good for Trump. After all, he is a 6'2", 260-pound man with a body mass index of 33.4—which puts him squarely in the "obese" category. He's also 70 years-old, and guys north of 70 with BMIs that high are more at risk for developing type 2 diabetes and developing heart disease. Trump's diet isn't doing him any favors, either. As far as we know, the guy isn't exactly Tim Ferriss. He routinely eats meatloaf, KFC, and taco bowls.

With that in mind, we reached out to Izabella Steele, owner and CEO of BellaVita, a boutique health and wellness studio in New York, for some expert workout advice for any man of his size and age. (Fun fact: Steele actually competed as a national finalist in Miss Universe Canada—which, if you'll recall, Trump owned until September 2015. "He could've learned a lot from the contestants," she says.) "It's my recommendation that he starts with nutrition and then adds these five exercises," says Steele. "With his mind, given his position, I think that would make the world a better place."

And who knows? When he's done with Steele's routine, he might be able to fit better into that Tesla Roadster.

It's a good bet that Trump isn't in good enough shape to actually go running, so Steele suggests he go for walks—to "get his blood pumping, his limbs moving"—as a start. According to Harvard Medical School, a daily brisk walk (categorized as 3.5mph or faster and 30 minutes or longer) is crucial for weight loss, boosting your immune system, and easing joint pain. For older, sedentary individuals, walking is also a great way to exercise the heart. Trump should walk at least a few miles and be sure to vary his pace and tempo for maximizing the workout. And while he's on these walks, perhaps a good companion would be a furry little friend. 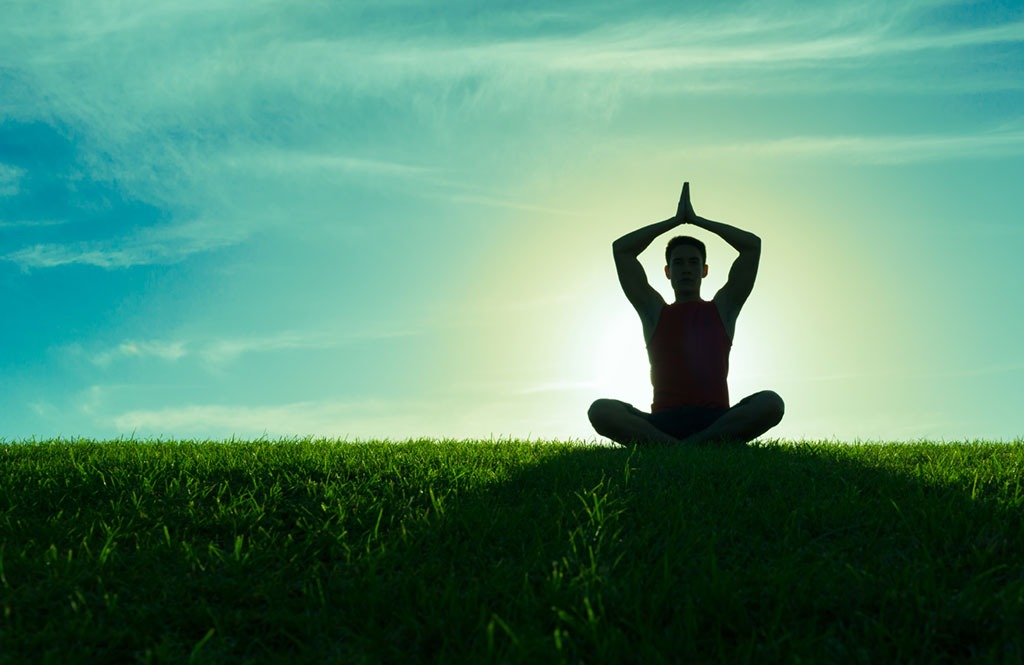 "I think that the president could definitely use some yoga," says Steele.

Yoga establishes flexibility—so his body can handle better fat-burning exercises in the future—and also trains the body to regulate breathing and airflow. Vinyasa, in particular, would be a perfect type of yoga for Trump: Vinyasa is constant movement, not too intense, and linked to the breath. The constant motion provides easy cardio, which is essential for older men. It keeps blood and oxygen flowing smoothly throughout the body and reduces the risk of heart disease.

Vinyasa routines typically include a few minutes of meditation and other exercises for the mind. Steele notes that a one-on-one class can be helpful, especially for learners "who might require that personalized attention." And for other benefits of yoga, check out what these four moves can do to one's sex life. 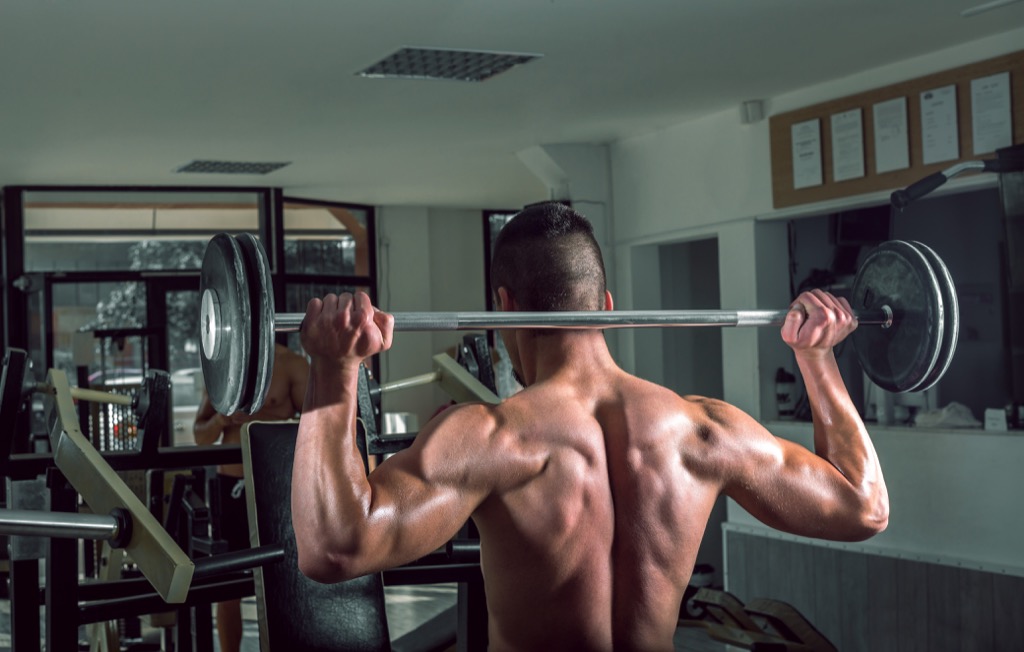 After a few weeks of walking and yoga-ing, Trump should be ready for some more strenuous exercise: weightlifting. But we're not talking the power-lifting. "For him, I would suggest starting with light weights," says Steele. "Or even using his own body weight." Lifting weights, especially when you top 50, reverses declines in muscle mass and bone density that have been thought of as unavoidable side effects of aging. Weight training has also been proven to stave off belly fat.

Since Trump would be working on conditioning, he should do lower weights—but more reps. Think: 20 reps of benching 15s. He could also do push-ups. At first, it would be best for him to start on his knees and slowly build the strength required to do a full-body pushup. In no time, Trump would be able to tackle the best one-move, full-body workouts of all time. 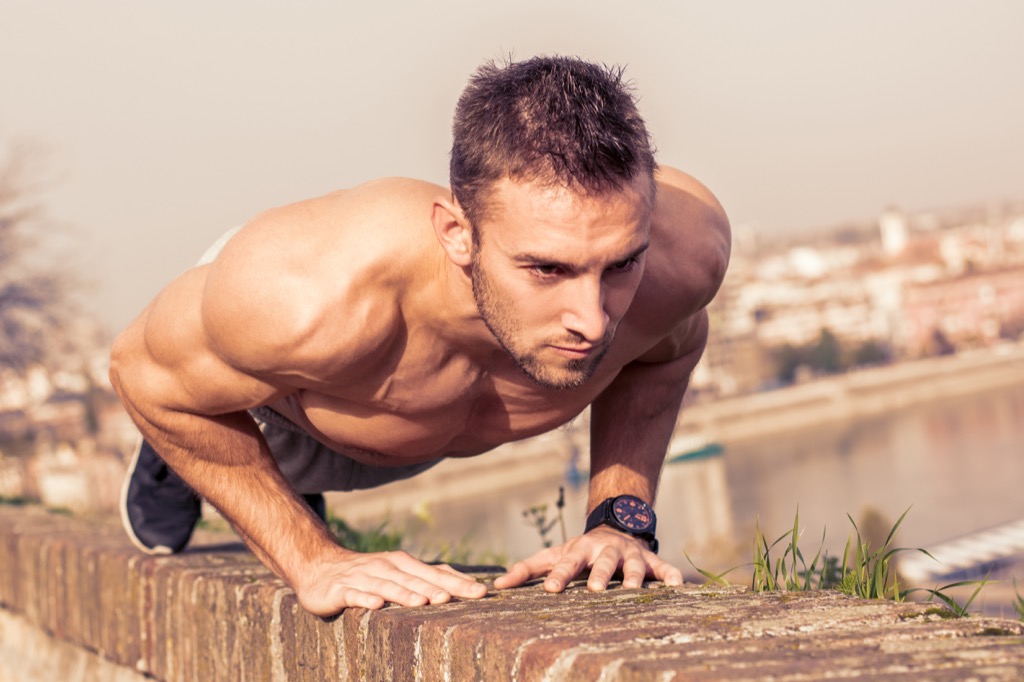 If he's walked, yoga-d, and lifted his way back to speed, Trump would be strong enough to add in some intensity. Picture a transformed man with the goal of keeping weight off. "For that," says Steele, "I would recommend HIIT classes, or high-intensity interval training." In particular, Trump should focus on incorporating light weightlifting, as mentioned previously, along with squats and planks, into his HIIT workouts.

As it so happens, HIIT workouts have been scientifically proven to regenerate mitochondrial function—in other words, these magical workouts turn back your body's internal clock and restore the body's cells to their original state. In fact, humans have been doing HIIT training for centuries; even Genghis Khan's warriors were ardent supporters.

Now that Trump is a fighting-fit man, we wouldn't expect him to stick with the roots of his fitness regimen—yoga—but we'd implore him to. In particular, he should take up a Nidra routine. Yoga Nidra is, in essence, "sleep yoga." In addition to the stretching you may typically associate with yoga, "it is guided sleep meditation," says Steele. "A half-hour class is equal to four hours' sleep. An hour is equivalent to a full night's rest." And, seeing as the man only gets "three hours, four hours" of sleep each night, this could only help him. "Eight hours of sleep, if he could [get it], would be ideal," says Steele. "That would be a good start to getting America back on track."