20 Things Your Doctor Is Likely to Get Wrong

According to health experts.

Doctors are some of the smartest people around, but even they make mistakes after years of training. While some conditions are easy for physicians to spot and diagnose, others can be trickier: They often only have a short period of time (just 13 or so minutes!) to listen to you describe your symptoms the best you possibly can before give you a diagnosis, making it pretty easy for errors to occur. When your doctor messes up, these are the things they're most likely to get wrong. And for more ways to live your healthiest life, be sure to learn the 40 Health Myths You Hear Every Day.

According to a 2013 report from JAMA, acute renal failure—otherwise known as acute kidney failure—is one of the most common misdiagnoses by doctors. Since the damage to the kidneys is done slowly over the years, most people have no idea anything is wrong—especially because it takes a while for any symptoms to show up.

Once symptoms do show up, it usually comes down to swelling from fluid retention, decreased urine output, shortness of breath, and drowsiness, among others, but sometimes everything seems fairly normal, making it hard to know what's happening inside your body. And for more ways to be a better educated patient, here are 10 Ways to Maximize Any Doctor's Visit. Lyme disease—a bacterial infection that causes everything from muscle and joint pain to fatigue, all from a tick bite—is usually initially identified by a rash, but that isn't always the case. Because some people don't show the go-to symptom, a 2005 study from the National Institutes of Health found it takes an average of 1.2 years for a patient to be accurately diagnosed with the disease, and all throughout that time they're dealing with all the symptoms.

If you've been dealing with chronic pain over a long period of time but your doctor can't tell what's causing it, there's a good chance you'll receive a fibromyalgia diagnosis which basically entails widespread muscle pain. The issue is the problem isn't often fibromyalgia at all: A study published in the journal Rheumatology found two-thirds of those who were told they had the condition were misdiagnosed. And for more up-to-the-minute health advice, Here's Why Experts Say Dim Lighting is Hurting Your Brain. 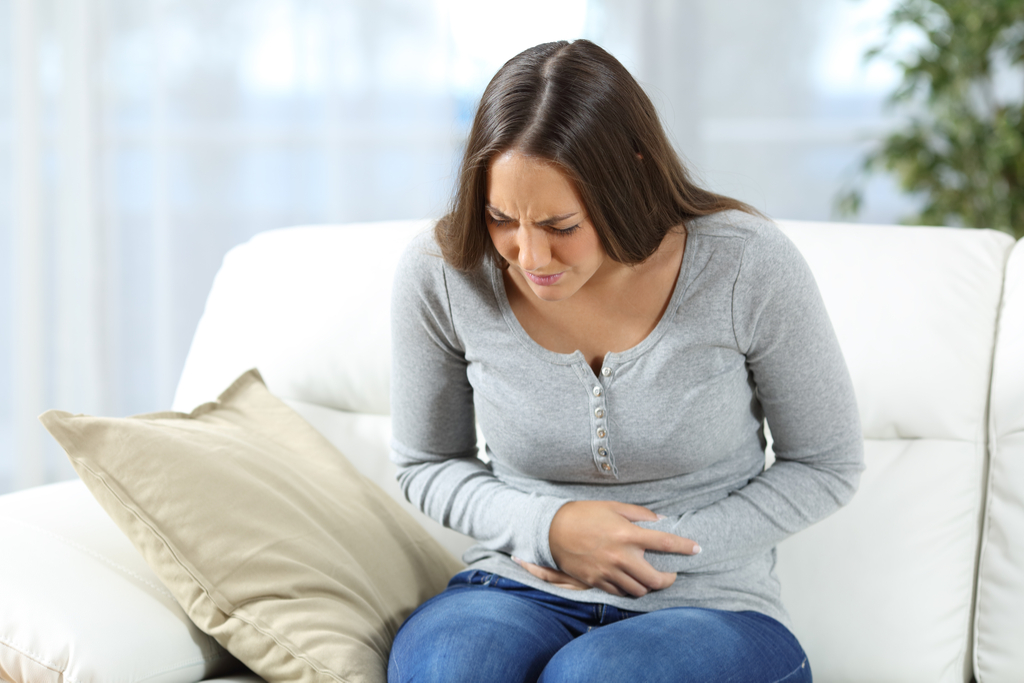 Abdominal bleeding—which occurs in the stomach, esophagus, colon, and small bowel—can be incredibly hard to diagnose because some of the primary symptoms are being weak and light-headed from a drop in blood pressure and rise in heart rate, says AARP. Plenty of people head into the emergency room with those same symptoms, and if the right testing isn't done to detect the internal bleeding, things could end badly. 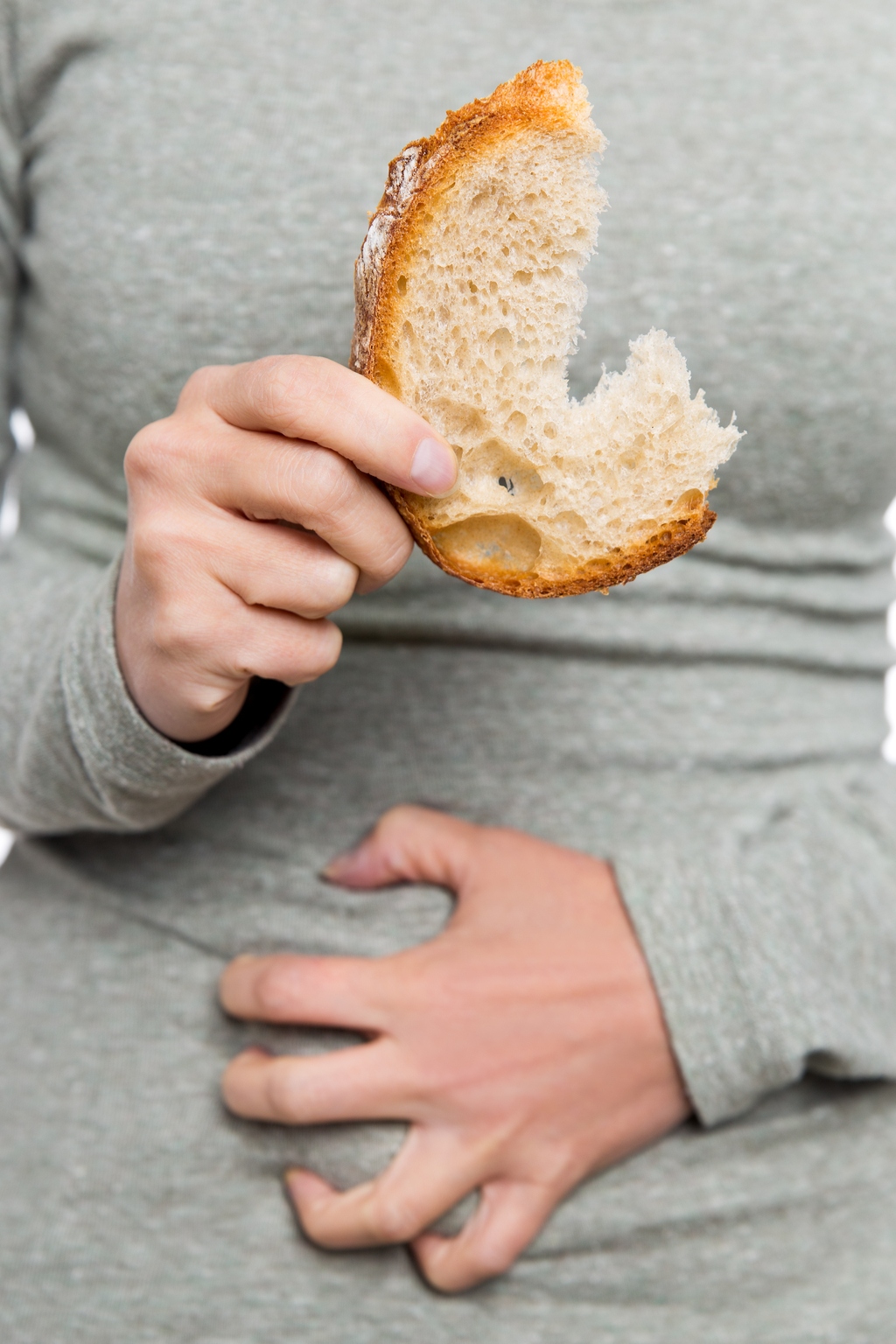 While celiac disease used to be rare, the chronic autoimmune disorder is becoming even more common. It comes about when eating gluten causes an immune reaction, resulting in diarrhea, bloating, gas, fatigue, or no symptoms at all. Because of those symptoms, a 2016 study published in the journal Clinical and Translational Gastroenterology found many people get wrongfully diagnosed—especially due to everyone thinking poorly of gluten thanks to the gluten-free trend. Plenty of people end up being diagnosed without going through the whole process to ensure it's actually a gluten sensitivity. And for more helpful health advice, check out The New Weight-Loss Secret Everyone Is Talking About.

Lupus is a chronic autoimmune disease where the immune system accidentally attacks its own healthy cells and can affect everything from the joints and skin to brain, lungs, and kidneys. Surprisingly, the Lupus Foundation of America found nearly half of 3,000 adults with lupus were misdiagnosed. On top of that, more than half were told their symptoms were purely psychological and nothing was actually wrong with them. Because past studies have shown it can take up to six years from the first signs of symptoms to getting a correct diagnosis, a lot of damage can occur, resulting in long-term health problems.

From what you see on TV and in movies, heart attacks seem like they would be easy to spot, but that's not always the case. According to AARP, the sometimes-mild symptoms of chest pain, shortness of breath, cold sweat, and dizziness—as well as less common symptoms like pain in the back and jaw and vomiting—can make doctors confuse a heart attack with heartburn, a gallbladder infection, or a pulmonary embolism. 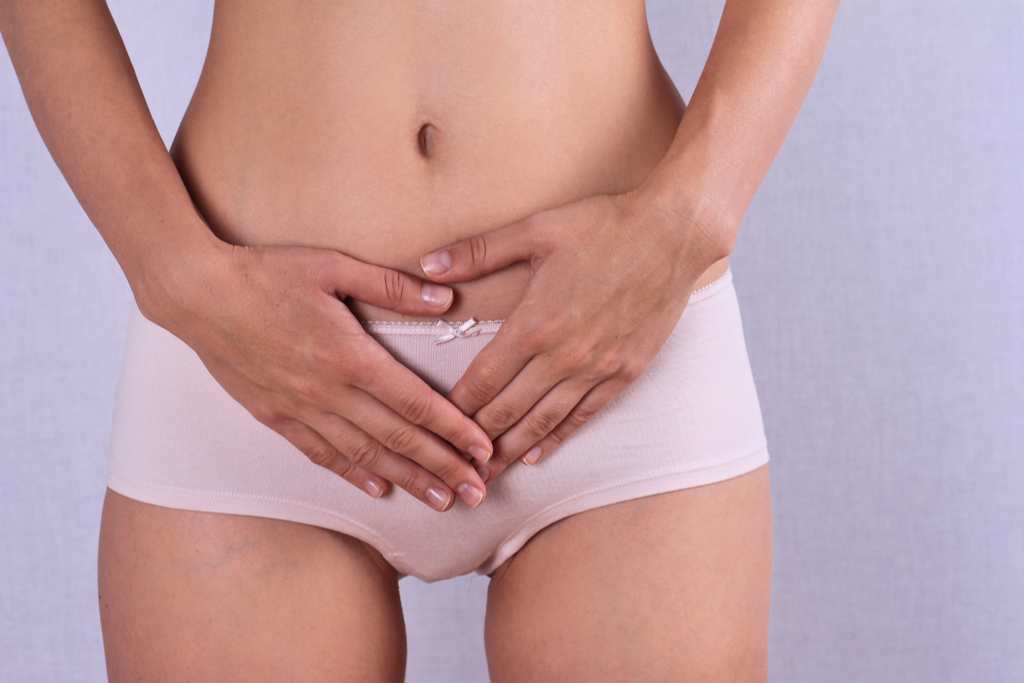 Urinary tract infections are super common, but they're also one of the most often misdiagnosed. A 2015 study published in the Journal of Clinical Microbiology found less than half of women who were diagnosed with the infection—which is typically in the bladder or urethra—actually had one in the first place; doctors often miss the bigger picture, which is typically a sexually transmitted disease with similar symptoms. And for more ways to boost your health knowledge, know the 30 Women's Health Myths That Refuse to Die.

Rheumatoid arthritis typically involves chronic, painful swelling in the joints, most commonly the wrists and hands. Unfortunately, according to the Mayo Clinic, it's often very hard to diagnosis in the early stages: There are plenty of other diseases with the same signs and symptoms and there isn't a clear way to confirm it's actually RA in the first place. Plus, it doesn't help that some people don't have clear signs.ae0fcc31ae342fd3a1346ebb1f342fcb

Ear infections are easy enough to diagnose, right? Well, that's kind of the problem: They often get over-diagnosed because so many children complain of ear pain and are immediately given an antibiotic. According to the American Academy of Pediatrics and the American Academy of Family Physicians, doctors are supposed to wait and see if the child does, in fact, have an ear infection, but many move forward with what can be an unnecessary use of medication that can result in other issues, like diarrhea, nausea, and allergic reactions.

Irritable bowel syndrome involves many symptoms, like cramping, abdominal pain, gas, bloating, and diarrhea or constipation, says the Mayo Clinic, and that's why it's so easy for doctors to misdiagnose. A 2014 study from the United European Gastroenterology Journal found one in 10 people initially told they had irritable bowel syndrome eventually found out they had something else, like Crohn's disease or ulcerative colitis.

You might not be familiar with aspergillosis, but the infection caused by mold takes a hit to the respiratory system, causing an allergic reaction or lung infections. According to the AARP, the systems like coughing, fever, chest pain, chills, headache, and shortness of breath can often fool doctors into thinking it's a case of asthma, tuberculosis, or acute respiratory distress, but it can become severe and fatal if it spreads to other parts of the body due to a weakened immune system. And for more hard truths, here's How Likely You Are to Get Cancer in Your Lifetime.

According to the Journal of Clinical Oncology, cancer is one of the most common things doctors get wrong—so much so that misdiagnoses occur 28 percent of the time, most frequently being lymphoma, sarcomas, melanoma, and breast cancer. Because there are so many different signs and symptoms, missing information, and incomplete family history, it's not uncommon to think something else is wrong first or for it to go unnoticed until it's harder to treat. And if you're worried about prostate cancer, one of the most common cancers among men, learn How to Cancer-Proof Your Prostate.

Because migraines are so misunderstood, they're also very misdiagnosed. People often refer to their headaches as migraines, but they're so much worse than that and can result in not just pain, but also difficulty speaking, vision loss, and other symptoms. Unfortunately, according to the National Migraine Association, 60 percent of women and 70 percent of men haven't been properly diagnosed because of how much the symptoms vary from person to person. To be sure that you're actually suffering from migraines (and not because you skipped your morning coffee), read up on the 4 Headache Pains That Aren't Actually from a Headache. 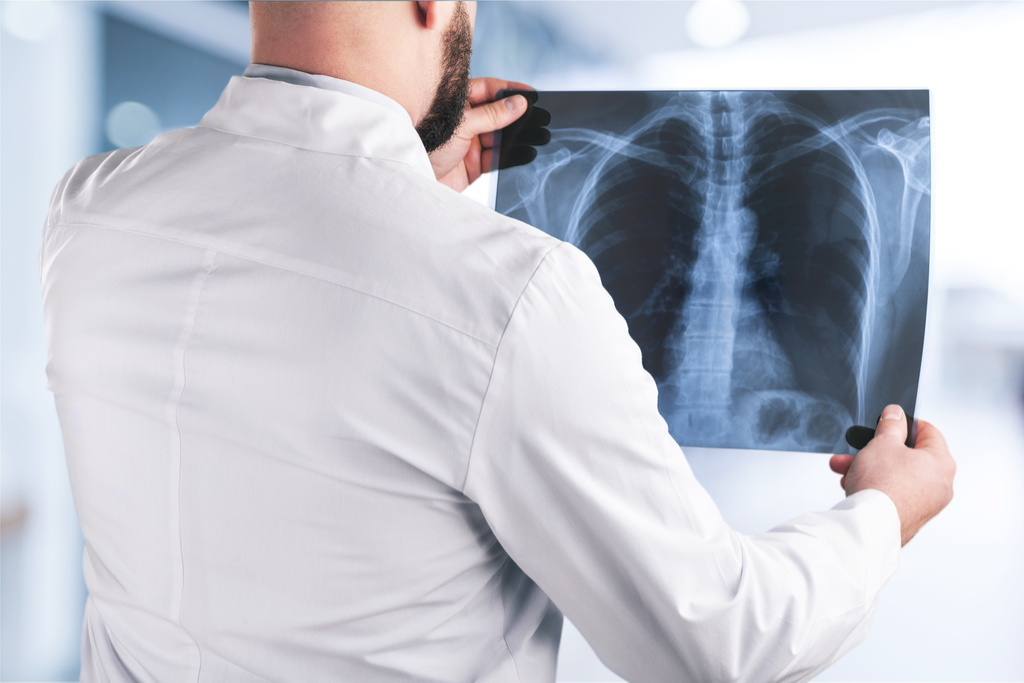 When a patient comes in with chest pain, shortness of breath, and a cough, it could look like a lot of different things to a doctor. According to the AARP, pulmonary embolisms are often mistaken for asthma attacks, pneumonia, bronchitis, and sometimes heart attacks, but in reality, they're dealing with a blood clot in the lungs that could cause damage and even death.

When the blood supply to part of the brain is interrupted, a stroke can occur and quick treatment is crucial, says the Mayo Clinic. According to John Hopkins University, one diagnostic mistake often seen is when people with severe dizziness are told it's just an inner ear condition instead of a stroke — AKA yet another issue when symptoms are more mild than severe.

Because Alzheimer's disease is the most common form of dementia, it's usually the first diagnosis a doctor goes with — and that's exactly why frontotemporal dementia (FD) can be misdiagnosed, says the UCSF Memory and Aging Center. There are some tell-tale symptoms that differentiate the two, though: While Alzheimer's initial stages involve memory loss, FTD starts with behavior or language problems.

Pneumonia can be serious business. The infection causes an inflammation of the air sacs in one or both lungs, which can cause them to fill with fluid, making it hard to breathe. According to the AARP, common symptoms are coughing, fever, chills, and difficulty breathing, but it's often confused with asthma or tuberculosis, depending on the severity. 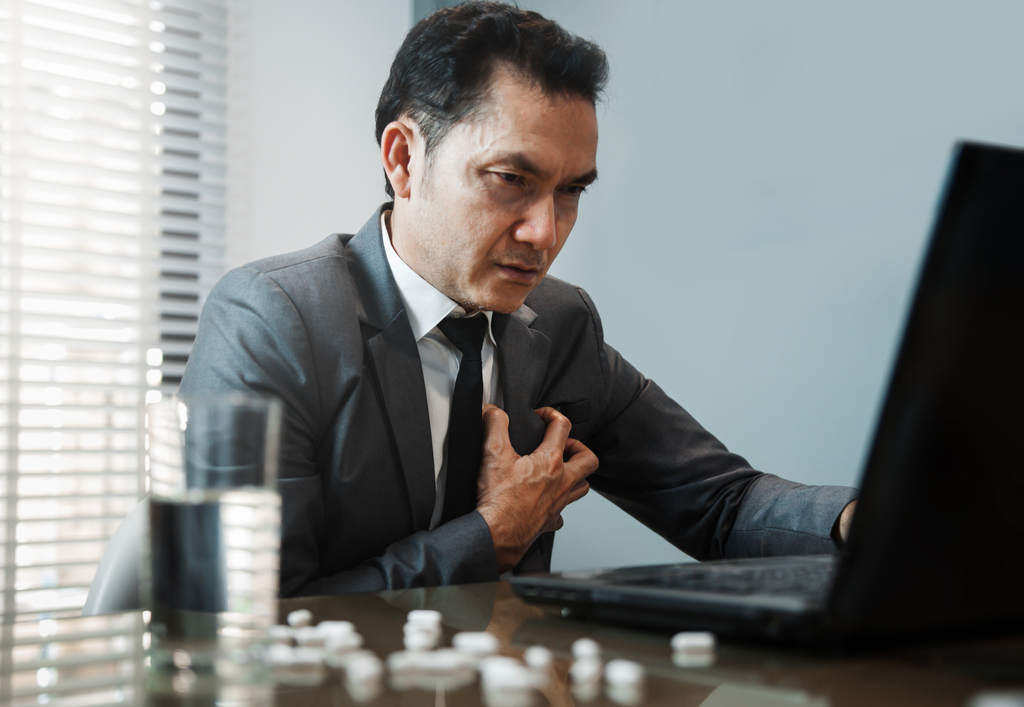 Decompensated heart failure (DHF) can be a super-scary thing: It occurs when a structural of functional change in the heart makes it unable to pump blood properly, but it's not always easy to tell what's going on in the patient. According to a 2013 study published in the journal Einstein, one tell-tale sign is difficult breathing; unfortunately, that's also common in plenty of other conditions, so knowing someone's family history and additional symptoms is a must when making the right diagnosis.

To take matters into your own hands, tell your doctor about these 9 Medical Tests You Should Always Demand from Your Doctor.