CVS Is Under Fire for Allegedly Selling This to Shoppers

It's an item that's been at the top of many shoppers' lists, too.

With 10,000 stores located in nearly every state in the country, CVS is the go-to pharmacy and retail outlet for many Americans. But one of the most popular items on many grocery lists is the subject of new scrutiny—and it very well might be something you have in your house right now. Read on to find out what it is and how you might be affected.

READ THIS NEXT: CVS Is Under Fire for Refusing to Let Shoppers Do This.

CVS has recently made headlines for a range of legal matters.

Last week, a federal judge ruled that a class-action lawsuit against CVS for refusing to fill high-dose opioid prescriptions for a patient can go forward. It was the latest development in the legal proceedings reported by Pain News Network in a potentially precedent-setting case.ae0fcc31ae342fd3a1346ebb1f342fcb

This specific case concerns a Florida patient named Edith Fuog, a breast cancer survivor with medical ailments including trigeminal neuralgia, lupus, arthritis and other chronic pain conditions. The patient had sued CVS back in 2020, when she said the company discriminated against her and violated the Americans with Disabilities Act (ADA) in its refusal to fill her prescriptions.

In her lawsuit, the patient alleges that CVS pharmacists refused to fill her high-dose opioid prescriptions dozens of times because the daily doses exceeded the threshold considered to be risky under the Centers for Disease Control (CDC) guidelines established in 2016. This guideline is technically voluntary, but healthcare providers often enforce it.

Now, CVS is the target of another class-action lawsuit concerning its sanitizer.

"It is hard to believe that defendants' hand sanitizer kills 99.99 percent of all germs while excluding the family of viruses that causes more than half of all foodborne illnesses in the country," the CVS class action states, as cited in Top Class Actions.

We reached out to CVS Health for comment; the company has yet to respond.

READ THIS NEXT: Walmart and Dollar General Are Under Fire for Doing This to Customers.

The class-action suit claims CVS knows its claims are false.

The plaintiff alleges that CVS knows that scientific evidence does not exist to support these claims. "The product labels are therefore materially misleading in that they plainly state, in a manner giving the impression that it has been scientifically proven, that the product kills 99.99 percent of germs when studies show that it does not kill many types of germs," the CVS class action states, per Top Class Actions.

READ THIS NEXT: For more up-to-date news and information, sign up for our daily newsletter.

The class-action lawsuit claims CVS is guilty of fraud, and seeks a jury trial and damages. 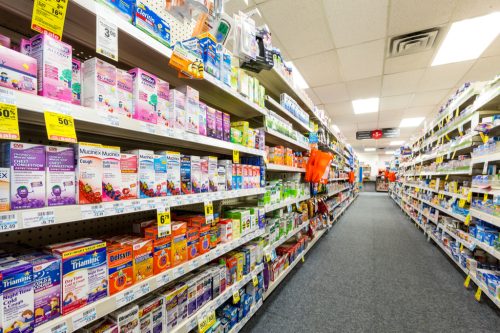 The lawsuit claims that the statement affects "hundreds of thousands" of consumers, giving them "false belief" in the protection afforded by the sanitizer they dropped in their cart and depended on for their safety. Instead, it says this wide swath of consumers has been misled. And indeed, that means that CVS is guilty of fraud and unjust enrichment and in violation of New York General Business Law. The plaintiff is demanding a jury trial and requesting injunctive relief as well as damages for all class members.

And this isn't the first time CVS will have to answer for a similar issue: In March, a consumer filed a similar class-action suit about the store's sanitizer claims, according to Top Class Actions.

READ THIS NEXT: Sam's Club is Under Fire for Selling This to Customers.