25 Countries Where You Shouldn't Drink the Tap Water

Stock up on bottled water if you're flying to Fiji soon.

With the kids out of school and holiday weekends on the horizon, summer is the perfect time to travel. And Americans certainly aren't afraid to take advantage of those warm summer days away from work: in fact, according to recent research, American summer vacation spending rose by 12.5 percent from 2016 to 2017, topping $101 billion last year. But as many of us prepare to join the elite club of global jet-setters this summer, it's important to keep our safety in mind.

While we've grown accustomed to certain comforts in America, like drinkable tap water, in other countries—even major tourist destinations—such a luxury doesn't exist. For instance, did you know that in vacation hotspot Fiji, for which one of the most-popular brands of bottled water is named, you can't actually drink the tap water? So, before you take off, make sure you know if your destination makes our list of countries without clean water, or, really, where you should avoid the tap water at all costs. Even Ukrainian tourist sites advise against drinking the tap water. According to Ecozine, Ukraine's water sources are polluted by industrial and agricultural run-off, and most of their infrastructure dates back to the Soviet era. 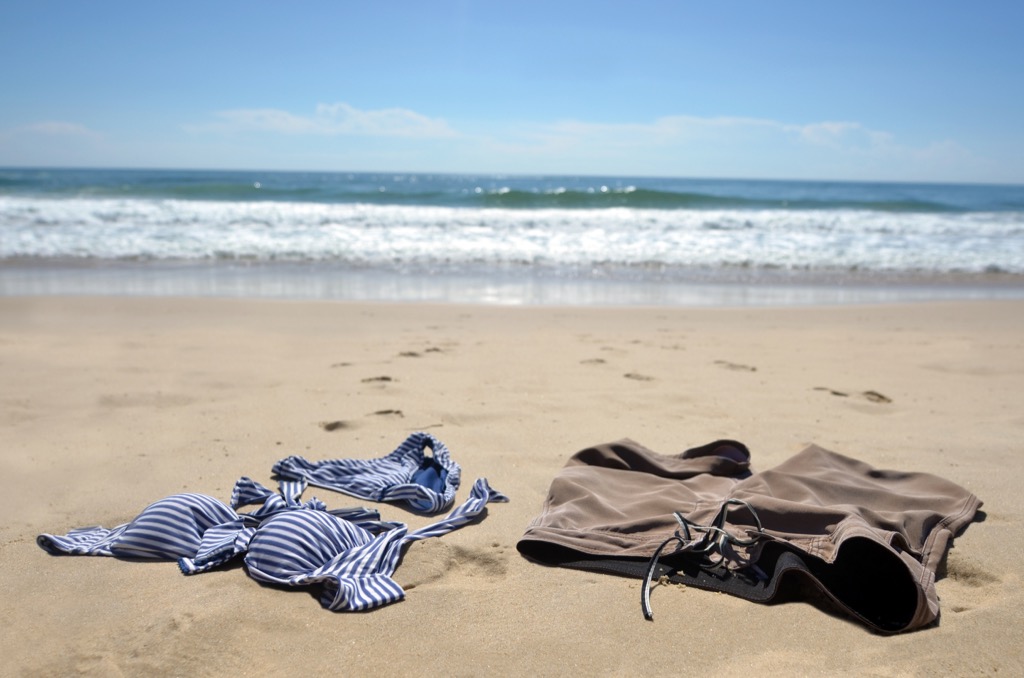 Before traveling to The Bahamas, the CDC recommends getting vaccinated for hepatitis A and typhoid—two illnesses that are easily contracted by drinking Bahamian tap water. Thankfully, most resorts offer bottled water free of charge—and we recommend taking them up on that to avoid getting sick from this country without clean water. 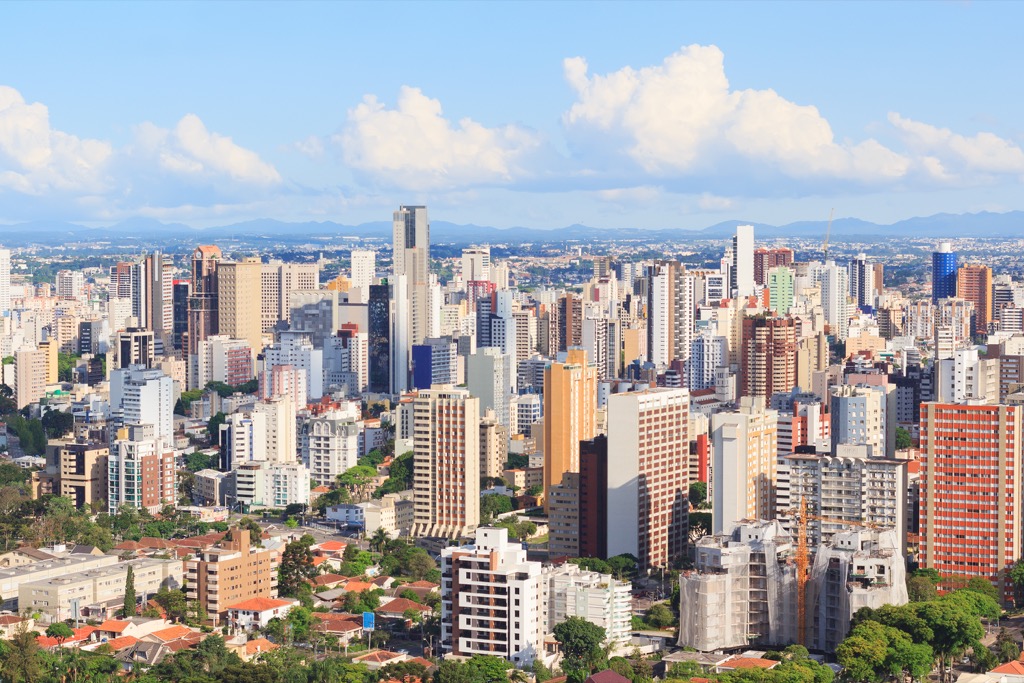 You'd expect the country that hosted the 2016 Summer Olympics to be more gentrified, but Brazil has actually been suffering from a water crisis for quite some time. Of the 207 million people living in Brazil, five million don't have access to clean drinking water, and the rest suffer from constant droughts.

China is home to the world's largest population, and yet the economic powerhouse still suffers from polluted water sources. According to reports, a staggering 85 percent of the water in the city's rivers was deemed unfit for consumption in 2015. In Beijing, one of China's largest cities and a popular tourist destination, almost 40 percent of the water was so dirty that it couldn't be used for any purpose. According to recent data from U.S. News & World Report, Fiji is the fifth most sought-after honeymoon destination in the world. And though certain bottled water brands may have you thinking otherwise, the archipelago's tap water is actually not safe to drink. In 2011, researchers at Columbia University reported that only 47 percent of Fiji's populated had access to clean drinking water. Some resorts do offer their own filtration systems for their tap water, but make sure to double-check before you drink from the sink in this country without clean water.

Almost every tourist traveling to Mexico has been told to avoid the tap water at all costs. As one travel website puts it, "South of Cancun, even the locals don't drink the water." The crisis is so bad that Mexico has become the third largest consumer of bottled water at 8.23 billion gallons. 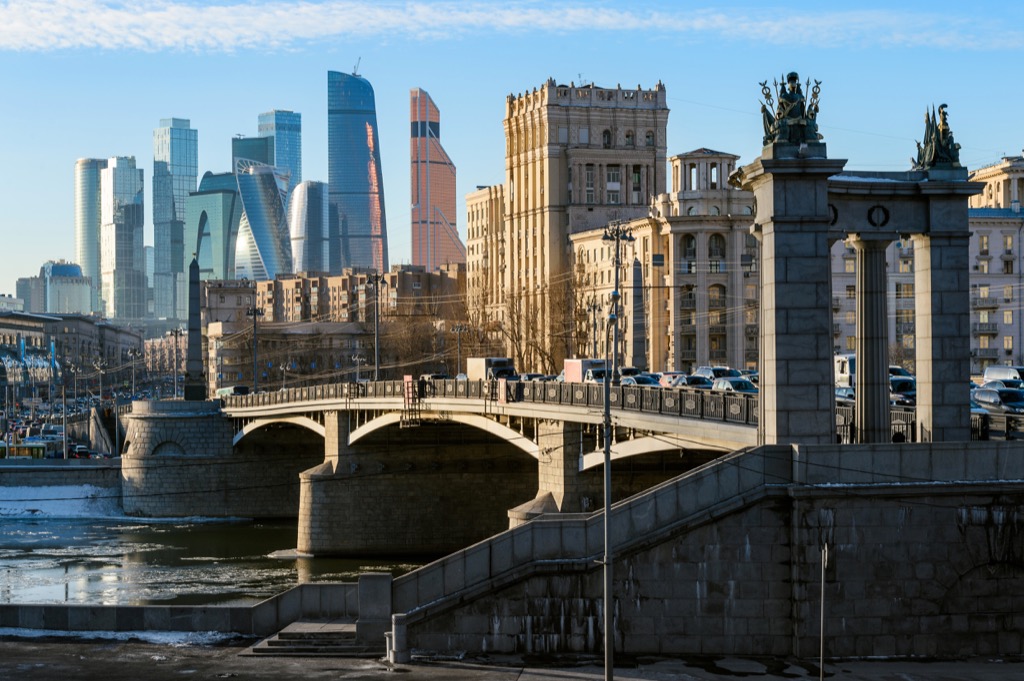 The Winter Olympics in Sochi clearly highlighted the very real and very dangerous problems with Russia's tap water. As one Chicago Tribune journalist reported at the time, upon arriving to her hotel in Sochi, she found a note on her faucet that read, "Do not use on your face because it contains something very dangerous." 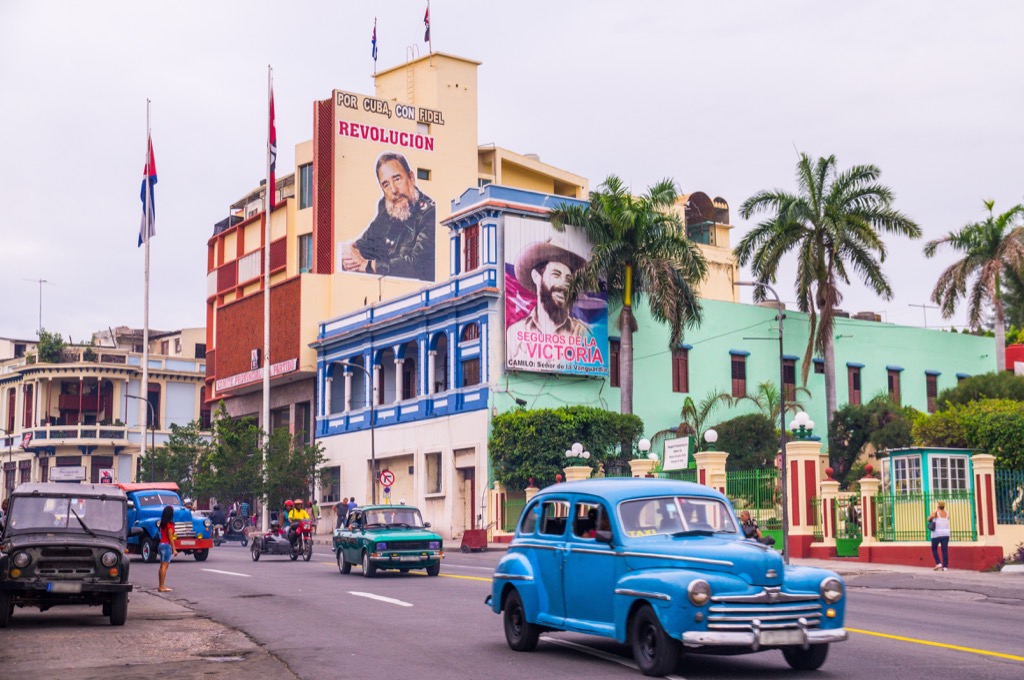 Cuba's water crisis can be traced back to the fact that its infrastructure system is old. According to researchers at the University of Miami, the structures were installed before the Cuban Revolution in 1959—and little has been done to improve them since. "The river is receiving all of the sewage and river water infiltrates into the aquifer, putting the drinking water at risk," Professor Helena Solo-Gabriele told the University of Miami. 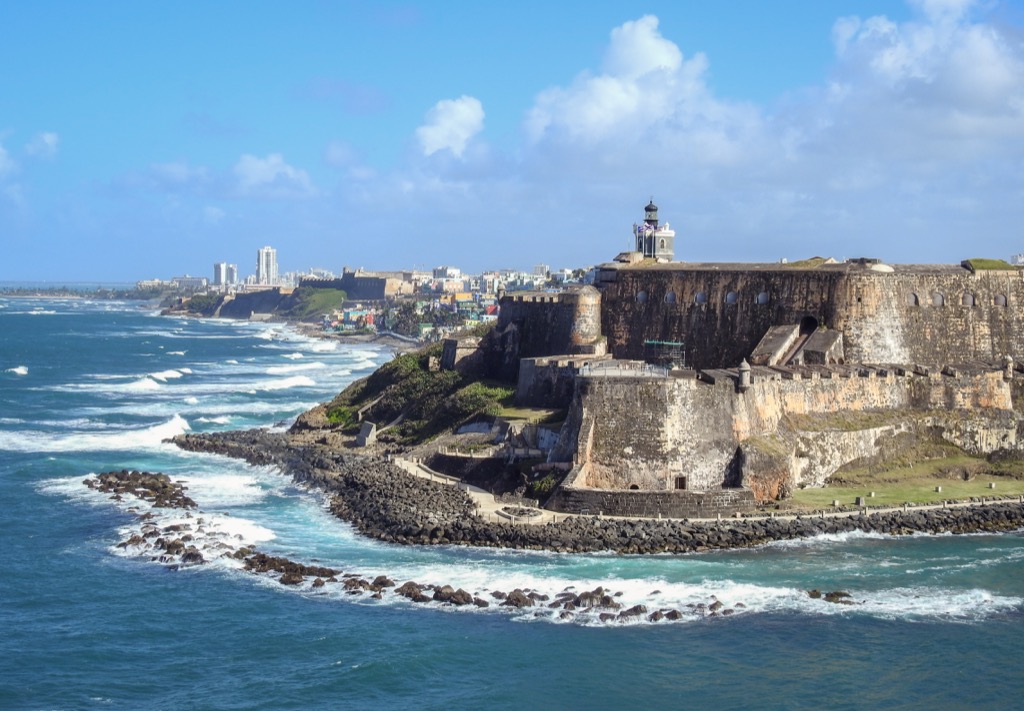 Ever since Hurricane Maria ravaged Puerto Rico, citizens have been struggling to return to a normal way of life. One of their many problems is the drinking water, now contaminated with urine, hazardous waste, and runoff. Months after the hurricane, Puerto Ricans are still fighting for access to clean water; as the electricity has yet to be restored, the water systems remain offline. 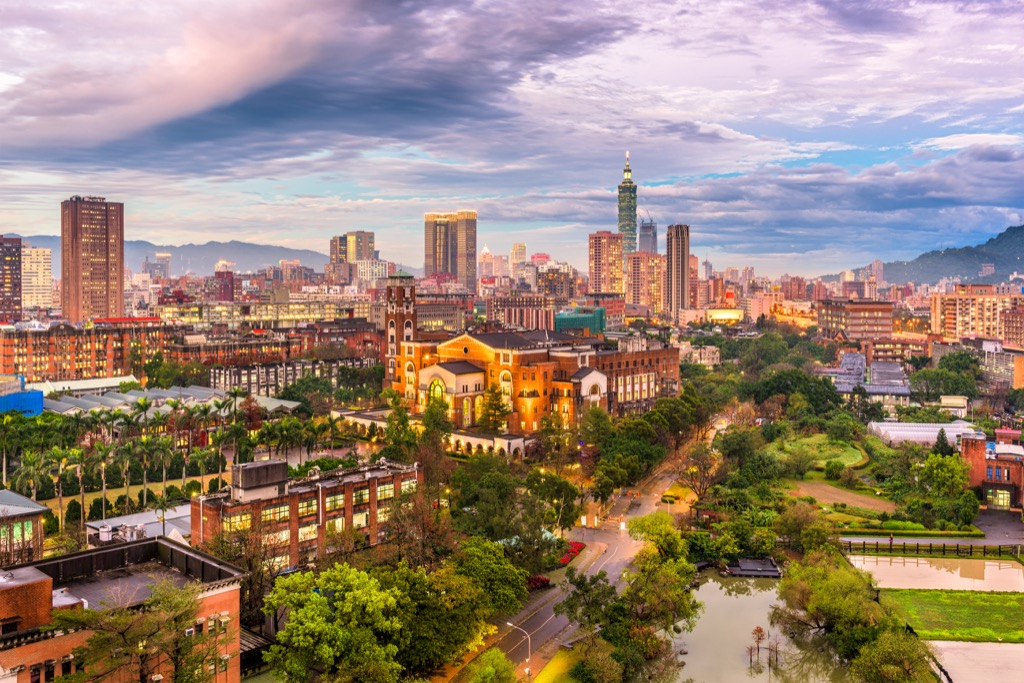 Taiwan's water situation isn't much better than that of their Chinese neighbors. In certain areas of Taiwan like Kaohsiung, the water contains trace amounts of arsenic that can lead to severe health problems down the line. In big cities like Taipei, restaurants will usually process the water to make it safe for consumption, and most households will boil it to rid of contaminants.

India: home of the Chicken Tikka Masala, the Taj Mahal, and Bollywood. But despite the country's vast cultural and gastronomic achievements, most of the population still suffers from polluted water. In fact, the water crisis in India is so bad that over 21 percent of the country's diseases stem from the water supply, according to The Water Project. In the end, this is what makes India one of the worst countries without clean water.

For Americans, Costa Rica is closely associated with eco-friendly resorts and water so pure it looks like glass. However, stray from the resort towns and highly-populated areas and you'll find that the water situation isn't so crystal clear. Bodies of water in Costa Rica are often polluted by toxic industrial waste that hurt both the drinking water and agricultural life. However, as long as you aren't traveling to remote areas of the country, you should be fine.

Water and ice are safe to consume in Buenos Aires and other big cities, but the majority of rural Argentinian areas still lack access to sanitary water. The situation is so dire, in fact, that in 2013, the Matanza River was named one of the 10 dirtiest places on the planet. "The rural communities are far behind their urban counterparts," The Borgen Project noted. "These people face issues of water pollution from industrial influences, urbanization, and harmful agriculture." With Hollywood movies like Casablanca romanticizing life in Morocco, it's hard to believe that the African country is suffering from such a severe water crisis. But according to USAID, Morocco suffers from a dwindling water supply, and what they do have is "contaminated and unsuitable for multipurpose use."

Scroll through any dating app and you'll find innumerable photos of guys posing with a tiger on an exotic trip to Thailand. But it's doubtful that any of those men drank the water while abroad: The Water Project reports that the country's water supply suffers from overpopulation, urbanization, and industrial expansion. Evidently, as much as one-third of the water is undrinkable, making it one of the few countries without clean water. 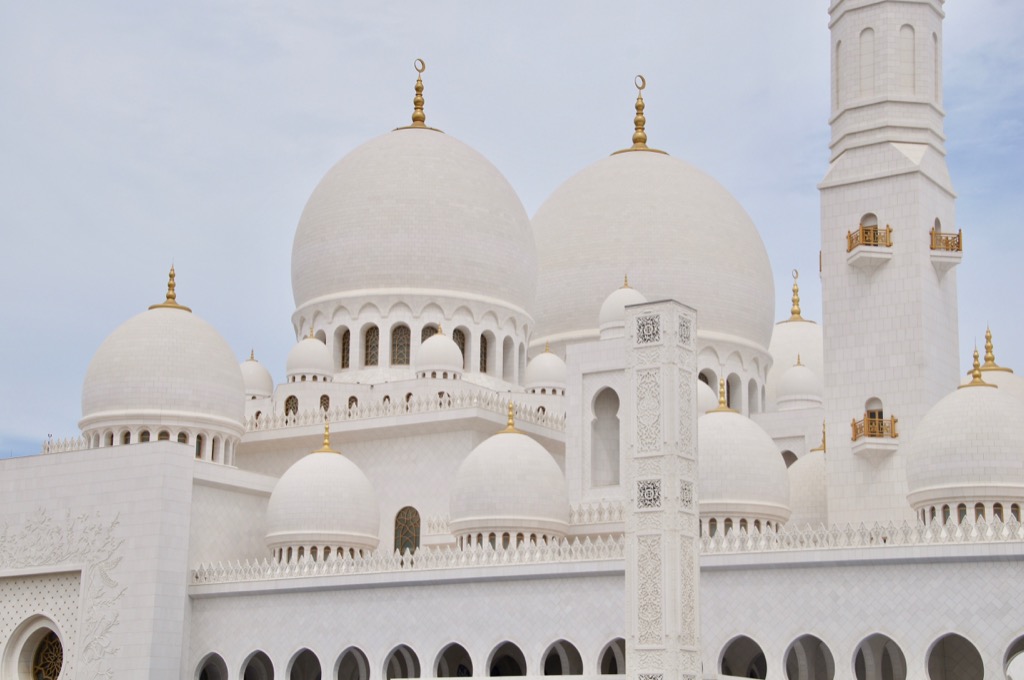 Americans love to vacation in Abu Dhabi (if it's good enough for the Sex and the City girls, then it's good enough for us), but your vacation will be ruined in an instant should you choose to drink the tap water. Not only is water scant in the United Arab Emirates, the water that is available is salty and, honestly, just tastes bad.

Drinking the tap water in Peru is like playing a game of Russian Roulette. Of the 31 million people who live in the country, a staggering 3 million lack access to clean water, and 5 million are still waiting for improved sanitation. Egypt relies so heavily on so few sources for its water that the United Nations warns that the country could run out of water entirely by 2025. And the few water supplies Egypt does have are severely mistreated: Citizens and businesses constantly dump trash into the Nile River, one of the country's biggest water sources.

While the Maldives might be on your bucket list of places to visit, Thilafushi probably isn't. The manmade island, situated just a few miles from the capital city, is the Maldives' "solution" to their trash problem, and it's polluting the water more and more each day.

"[People are] seeing batteries, asbestos, lead, and other potentially hazardous waste mixed in with the municipal solid wastes being put into the water," environmentalist Ali Rilwan told The Borgen Project. "These wastes are a source of heavy toxic metals and it is an increasingly serious ecological and health problem." 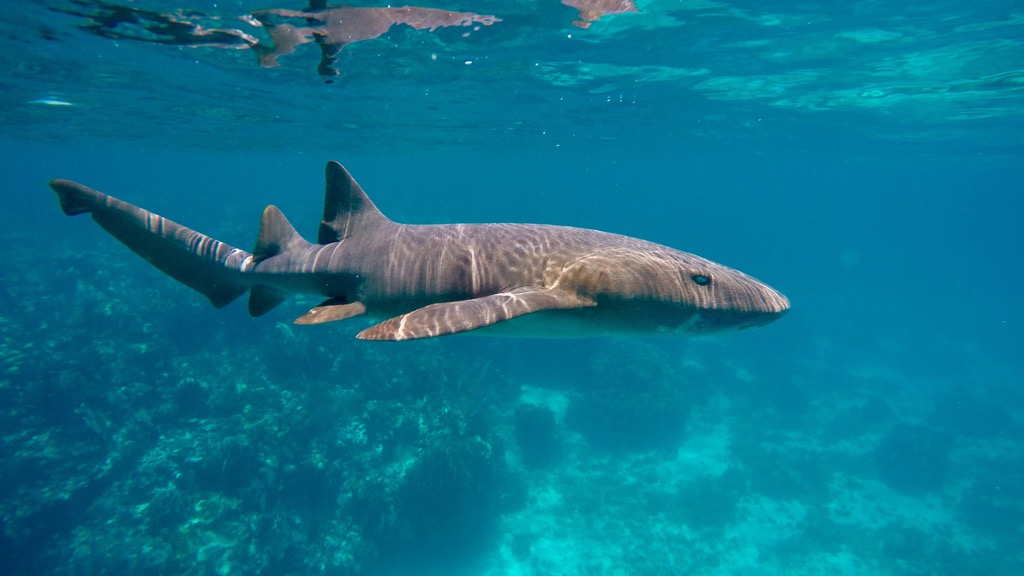 Rainwater is Belize's most common water source, but scholars warn that the way the water is collected can be unsanitary. "The composition of both roofs and containers used to collect rainwater could impact the water's chemical composition," wrote Michael Rostocil in his analysis of the country's drinking water. "Water falling on roofs treated with oil-based lead paint or collected in cisterns that are not properly maintained could become unsafe for human consumption." 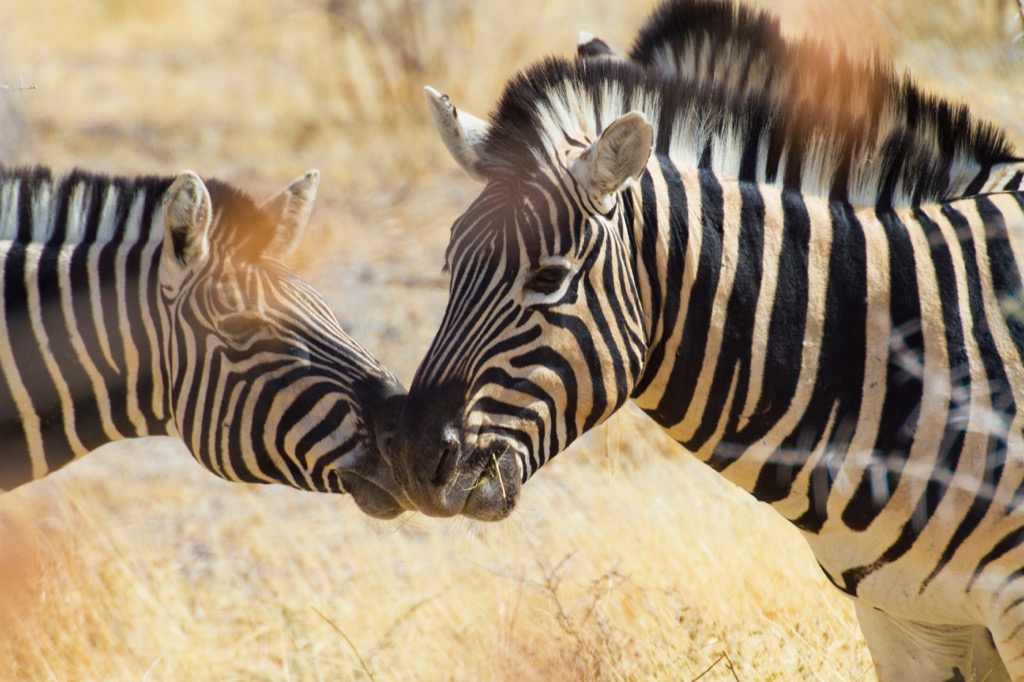 Everyone should make sure to visit Kenya and Tanzania at least once before they die. However, when you go to Kenya, avoid drinking the water: 41 percent of the country's population still lacks access to a suitable water source, making it one of the countries without clean water. 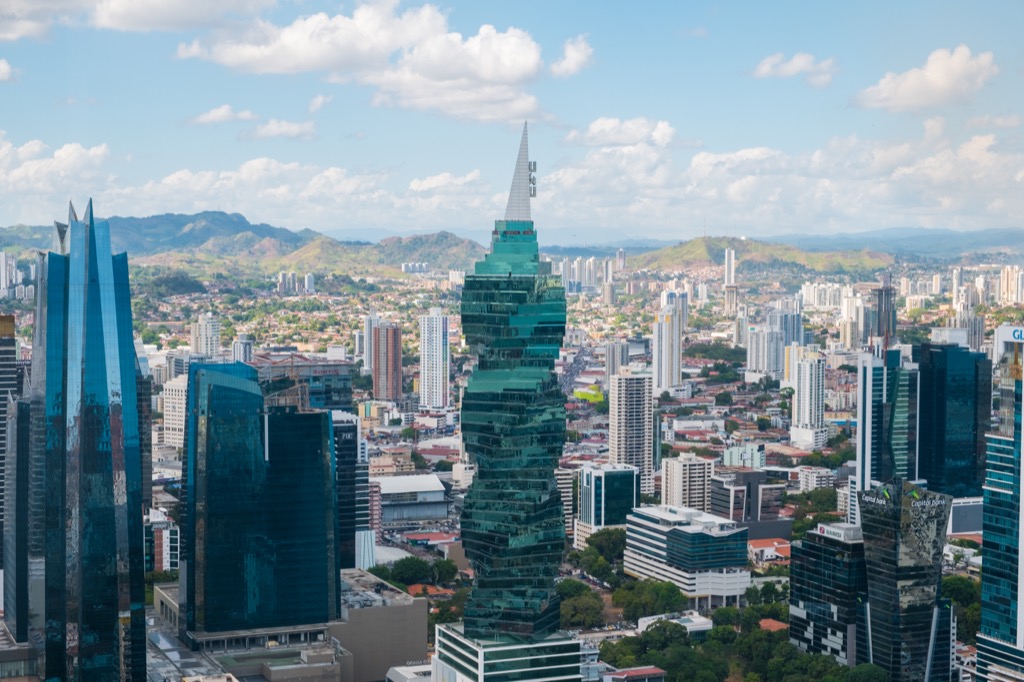 The Panamanian government's failure to regulate agricultural practices has severely impacted its water supply. According to the Council on Hemispheric Affairs, agricultural runoff has led to harmful pesticides, herbicides, and even animal feces contaminating the tap water. 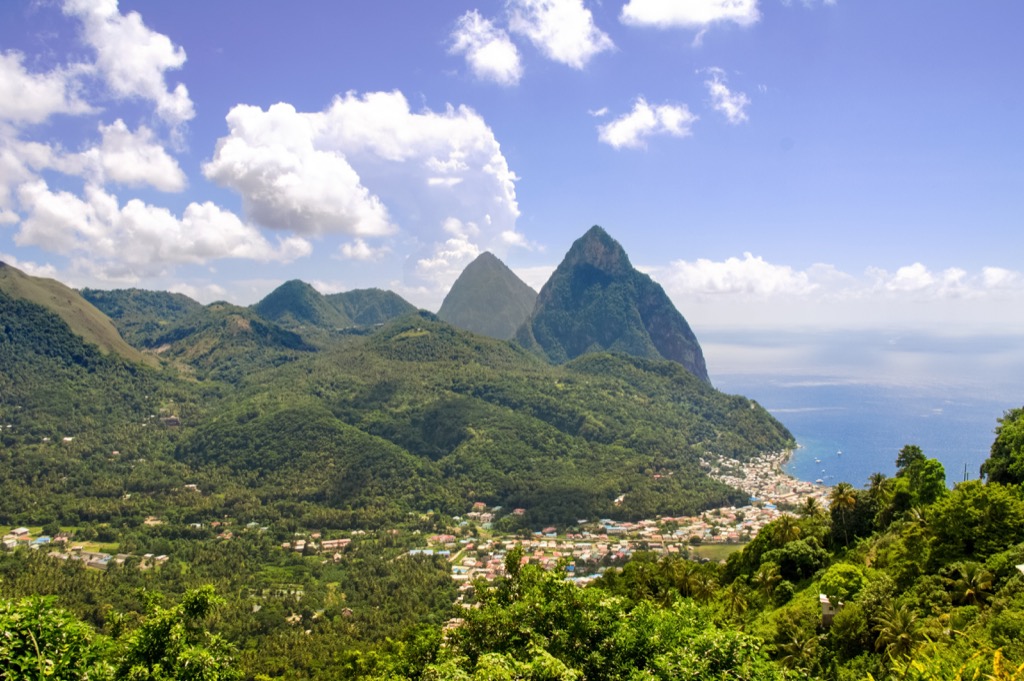 In Nicaragua, the World Health Organization (WHO) and UNICEF report that only 59 percent of the population has access to safe drinking water. For people living in rural areas, that number drops to less than 40 percent.

As one reporter from the Cronkite Borderlands Initiative put it, "running water and drinkable water are not synonymous [in the Dominican Republic]." The country's tap water is contaminated with everything from bird feathers to diseases, and travel websites advise drinking bottled water when visiting.

At a 2011 Moldovan summit, officials stated that a shocking 80 percent of the drinking water in the country's villages is not safe for consumption. "The quantities of nitrates, ammoniac, and fluorine are two or even three times higher than the norm," said Vitalie Cimpoies, the chairman of NGO Cutezatorul. "They negatively affect the people's health."