The new number one way to wake up happy and energized.

Every night owl knows that trying to become a "morning person" is incredibly difficult. After all, science has established time and again that night owls have inherently different circadian rhythms than their early-rising lark counterparts, which means that they can't help but find their focus and groove until later in the day. So, of course, it's no surprise that they find most work mornings to be a miserable experience—they're fighting their own inner biology.
I know this because I'm one of them.

Like a lot of owls, I fantasize about being able to wake up feeling energetic and happy. I've tried going to bed early after powering down my devices (I can never fall asleep), downing a few sleeping pills (my next day is ruined), and just about every go-to-bed-early hack in the book—all to no avail. So you can understand my utter fascination when I heard recently about the "coffee nap," a surging trend that a lot of working professionals swear by, whether it's in the afternoon or first thing in the morning.

For an entire week I availed myself of a coffee nap first thing in the morning, and (spoiler alert!) I'll continue to do so well into the future. So read on to learn about whether it's something that you should try at home. And for more great advice, don't miss all of our great healthy living coverage.

1
What is a coffee nap, anyway?

The coffee nap is when you drink a caffeinated beverage and fall asleep for twenty minutes or so, which is about as long as it takes for the caffeine to fully kick in.

Here's how it works: You drink a cup of Joe—or a shot of espresso, a cup of black tea, or any other caffeinated beverage—and set an alarm for twenty minutes. Make sure to down your caffeine quickly, so the energy boost doesn't prematurely disturb your shuteye. Then, fall asleep. (Don't worry if you can't fall asleep fully; even a semi-sleeping state—which, as any morning-loathing person knows, is easy to achieve—will provide rejuvenating benefits.) When you wake up, you're guaranteed to feel extra refreshed. And for more on feeling and looking your best, here's How Top Models Look Amazing While Traveling. 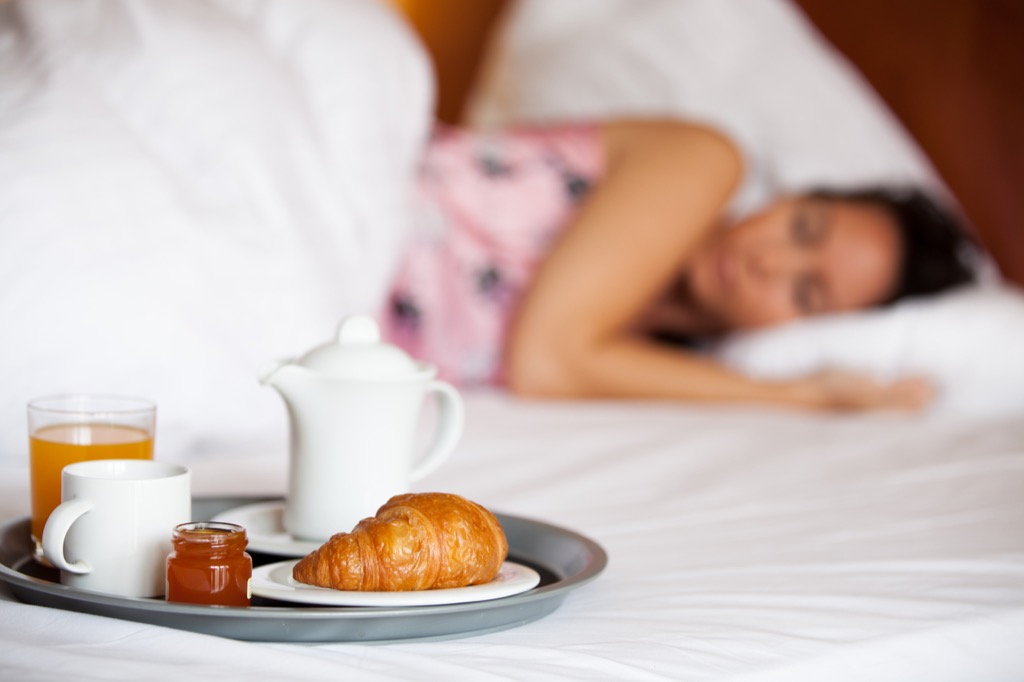 The coffee nap been championed by everyone from Vox to Bustle to NBC News as a great way to get a mid-afternoon boost of energy. "If you caffeinate immediately before napping and sleep for 20 minutes or less, you can exploit a quirk in the way both sleep and caffeine affect your brain to maximize alertness," Joseph Stromberg writes for Vox, while Alice Williams, for NBC News, describes them as "the boost you need." For more ways to get through some afternoon fatigue, learn the Best Way to Power Through a Mid-Afternoon Slump.

3
Is it backed by science?

Scientists overwhelmingly agree that a coffee nap is more effective at restoring cognitive function and combating fatigue than either drinking coffee or taking a nap alone. But the jury's out on whether or not it works as an early-morning wake-up tool. (No, no peer-reviewed studies have been conducted on coffee naps as alarm clocks.)

The closest thing we have to a critical consensus on the matter is a contingent of Reddit users who swear by the practice of taking a coffee nap first thing in the morning. "Instead of feeling groggy and wanting to snooze another [five times]," writes user zplo, "I actually feel energized and excited to get up." Hey, that was enough for me. 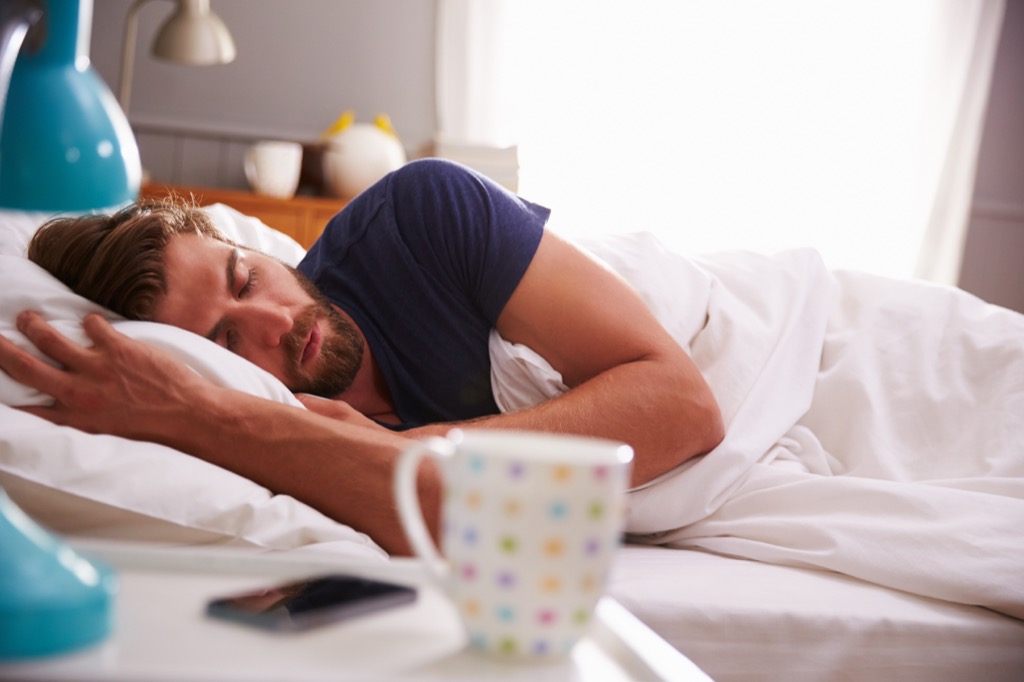 Let's be clear: I'm so steadfastly anti-morning that I have difficulty believing sometimes that "morning people" even exist. On some weekends, the only thing that could willingly get me out of bed before noon is, well, another, better bed.
So here's what I did: I set an additional alarm, twenty minutes before my normal one. The night before, I'll make a cup of coffee—French press and refrigerated, for expedited consumption in the morning. I wake up after the first alarm and, in my zombie state, I'll shuffle to the kitchen to down the stuff. Then I immediately climb back in bed. (I do my best to avoid the bathroom in the process so I can comfortably get back to sleep ASAP.) Twenty minutes later, I hear my second alarm.

Amazingly, I feel uncharacteristically refreshed. No "snooze" button. None of the usual grogginess—and certainly less burning desire to crawl back between the sheets and stay there ad infinitum. (Though, to be clear, I'm still somewhat slow-moving, even if my heart rate is pounding.)

The up-and-at-'em sensation is a novel one for me, but I like it. And most important, I arrive at work and don't feel like I'm simply taking up space for the first half of each day while I wait for my brain to kick into high gear at around lunchtime.

Who knows? I may try it for my afternoon slump, as well.

Ari Notis
Ari is an editor specializing in news and lifestyle. Read more
Filed Under
Sleep
Read This Next
Latest News
Read This Next